Will Bitcoin drop after Halving? – Bitcoin Today [May 5 2020] | CoinCasso Exchange 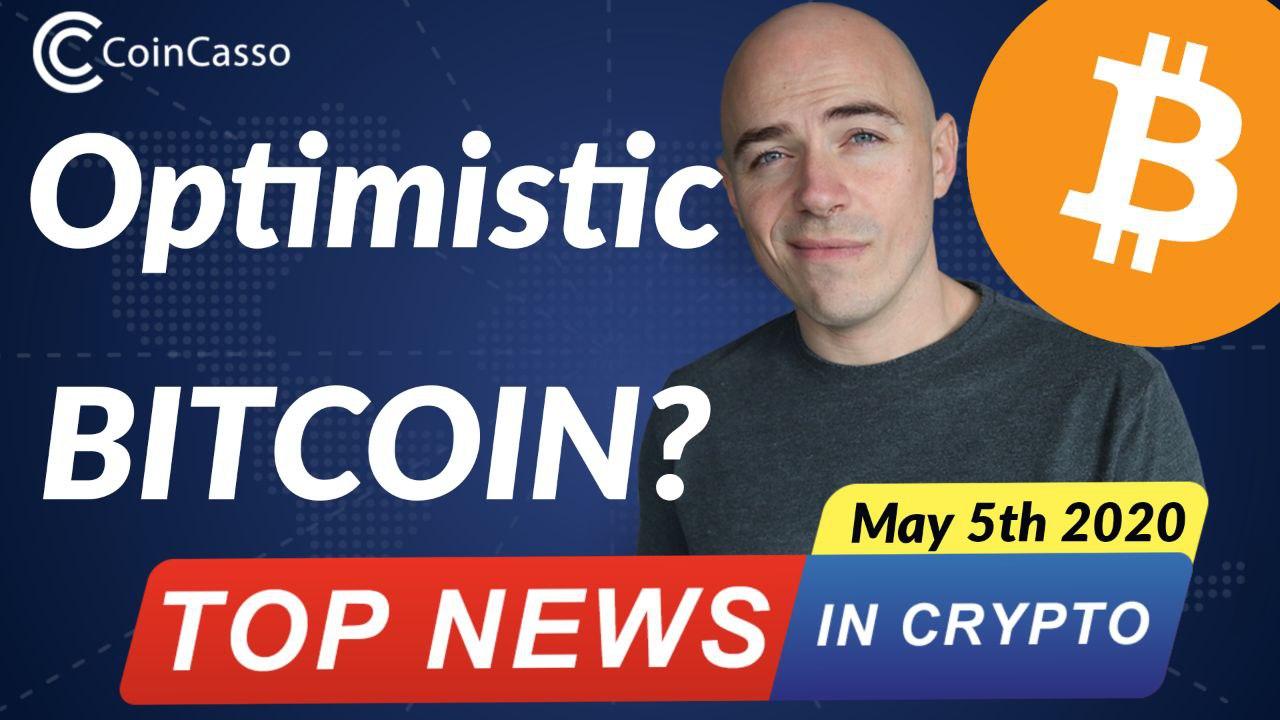 Bitcoin Dips to $8.8K but Optimism Seen Continuing Ahead of Halving

Bitcoin’s trading volume was lower on Monday compared to the latter part of last week but traders appear to be staying optimistic ahead of the expected bitcoin halving next week.

As April turned to May, spot exchange Coinbase experienced larger-than-normal volume – numbers not seen since March 13, when the exchange had $673 million in total one-day trading for BTC/USD.

Mining power has been rising steadily as the halving approaches. The halving could result in less selling pressure in the market as some miners will likely turn off some machines post-halvin

As this article is a few hours old, you can see we’re already over the $9,000 mark. So optimism… all-time high!

Ethereum’s network is experiencing its busiest days in 10 months amid increased issuance of stablecoins and the runup to Ethereum 2.0. 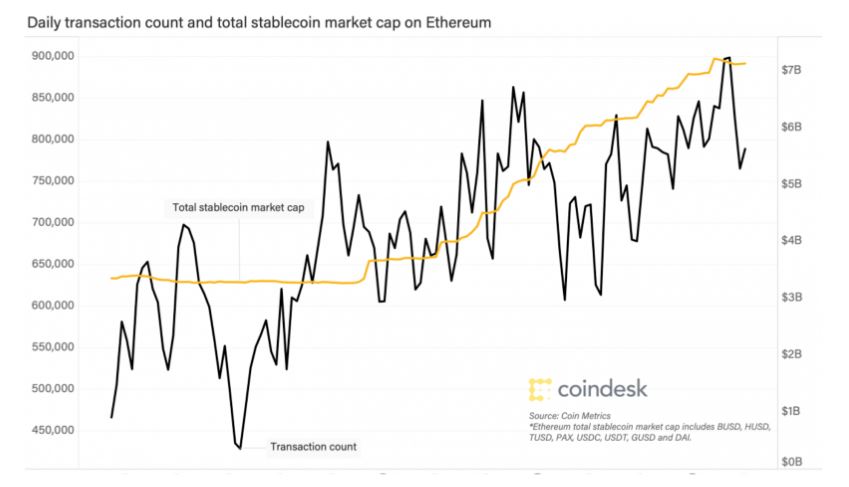 The seven-day moving average of the total number of confirmed transactions on Ethereum’s blockchain rose to 845,400 on April 30 to hit the highest level since July 1 , 2019, according to the data source Coin Metrics. As of Sunday, the average was 837,100.
The transaction count had declined to 12-month lows in February. Since then, however, it has surged by 72%.

The market capitalization of major stablecoins has risen from $3.5 billion to over $7 billion over the last two months

Some observers think the crisis has boosted stablecoins’ appeal as less-volatile instruments of transferring value on-chain.

The recent growth in Ethereum’s transaction count is accompanied by a stellar rise in price. At press time, the second-largest cryptocurrency is trading around $205 on major exchanges, representing a 127% gain on the low of $90 observed on March 13.

Now if you don’t know a stable coin is, basically this company says hey, I have a cryptocurrency that represents the value of One dollar and so for every cryptocurrency coin in circulation the company actually holds one U.S. Dollar to back that amount. So for example, if they’re 200 billion of USDT the company that started USDT actually has to have 200 billion on hand.

Bitcoin has again rallied sharply in the weeks leading up to its impending halving event. But if historic patterns are anything to go by, the cryptocurrency could suffer a temporary price pullback following the supply-altering event.

The top cryptocurrency by market value has risen by over 130% since bottoming out at $3,867 on March 13 according to CoinDesk’s Bitcoin Price Index. The cryptocurrency jumped from $6,700 to $9,400 in the last 10 days of April alone. What’s more, prices gained over 15% last week to register bitcoin’s first seven-week winning streak in 12 months.

The term “halving” refers to a programmed-in event in bitcoin’s code, which reduces the reward per block mined by 50% every four years to control inflation. Following the upcoming halving, rewards issued will drop to 6.25 BTC from the current 12.5 BTC. 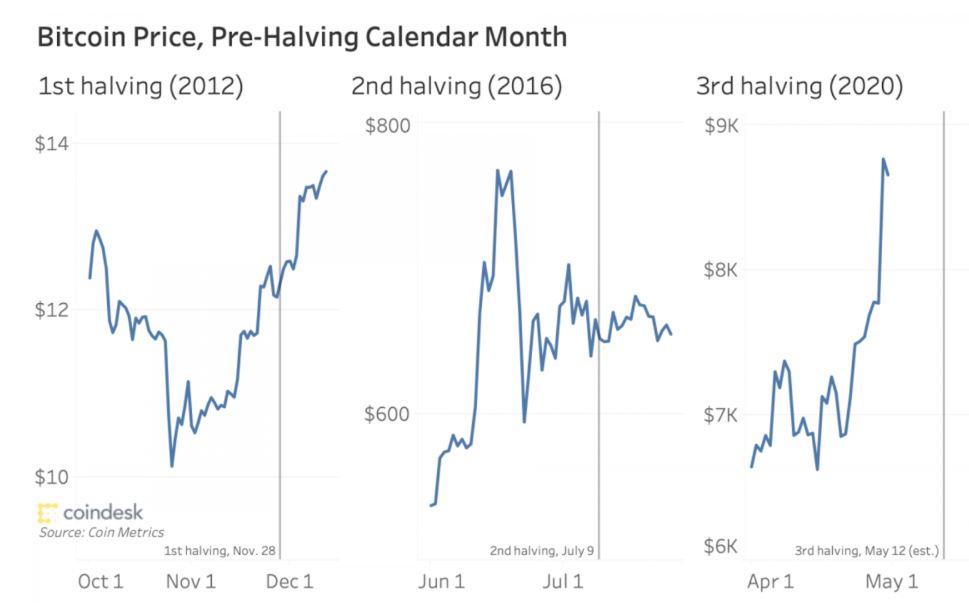 You can see here, a chart of every single halving. When the first halving happened, it dropped from $13 to $10. The second halving jumped from $650 to $750 and then dropped back down to $600 and this is what we’ve seen so far coming into the third halving.

Now if you watched the video on the Bitcoin halving that we did on this channel we talked about this exact same thing. A lot of people are pumping the story of the Bitcoin halving but didn’t actually look at the statistics of what happened during the previous ones. So if you really look at it, not much changed after halving. It wasn’t until four or five months after that, that we saw a big upswing.