What is Ethereum? | CoinCasso Exchange 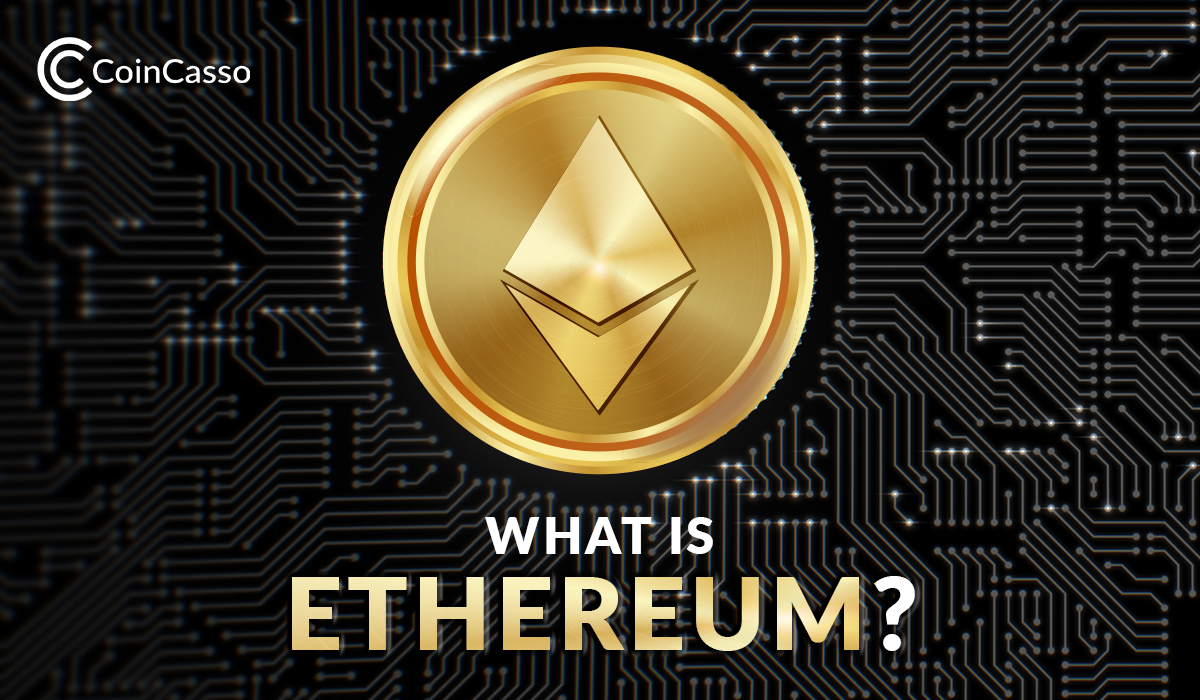 What is Ethereum? Most people have heard of Bitcoin, but when you ask them about other cryptocurrencies, like Ethereum, they have no idea what’s going on. In this article, I’m going to teach you the absolute basics of Ethereum. What it is, when it was created, and how it’s structured. So if you’re looking for an Ethereum 101 course, this is the article for you.

The beginnings of Ethereum

If you have no idea what cryptocurrencies are, what blockchain is, what Bitcoin is, please read our other articles where we go through the 101 basics of Bitcoin and of blockchain, then come back to this article and we’ll teach you about Ethereum.

So what is ethereum? Ethereum was created in 2014 by Vitalik Buterin. Vitalik was born in Russia in 1994. When he was six-year, his parents moved to Canada bringing him along on the journey. Immediately, the school system saw his aptitude for education and how smart he was. He was placed in classes for gifted children and started to understand that he was drawn to math programming and economics. Buterin learned about Bitcoin from his dad when he was 17, then in 2013, he visited developers in other countries who shared his enthusiasm for code. 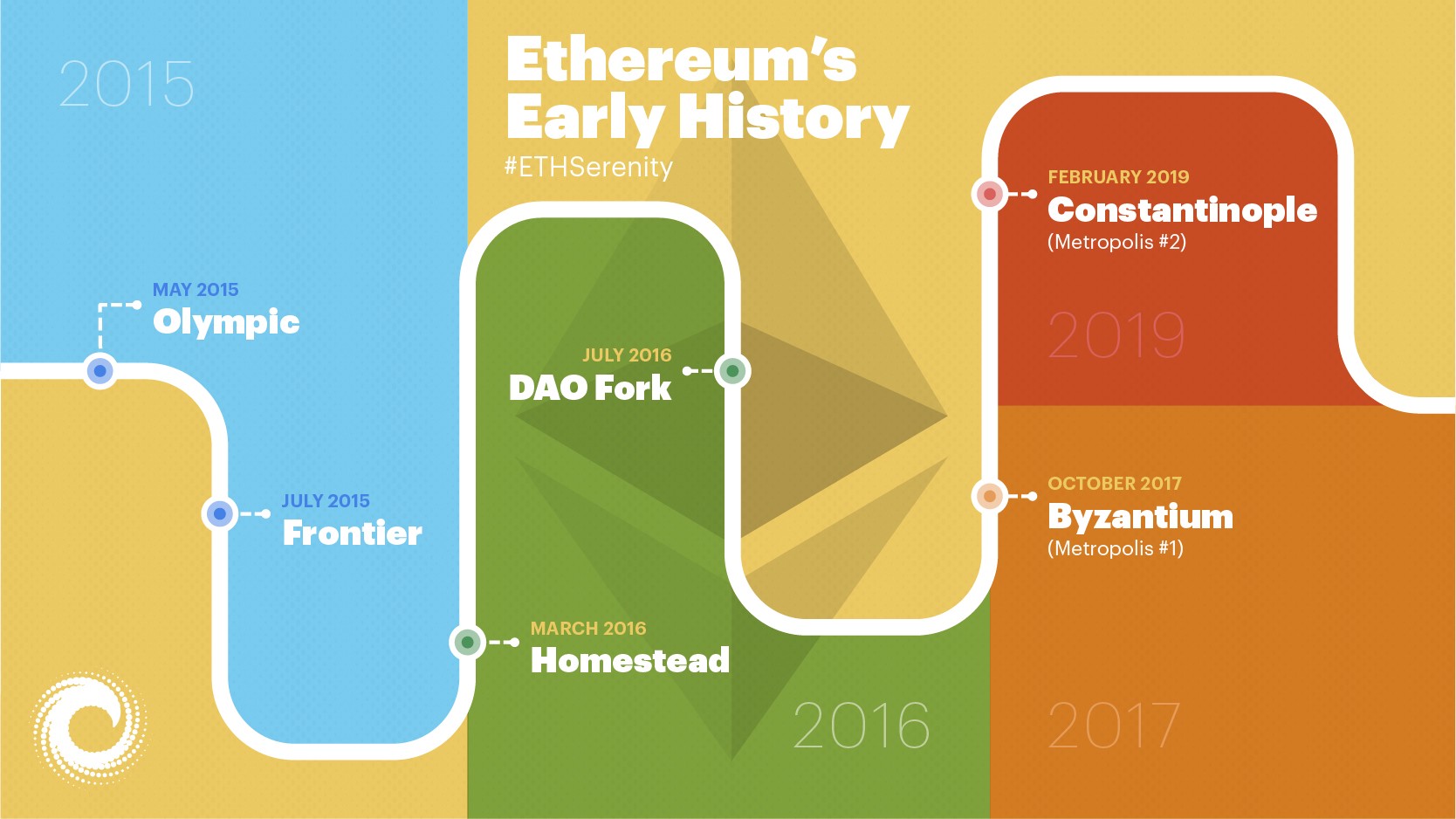 He returned to Toronto a year later and published a white paper, proposing Ethereum. At the time, he attended the University of Waterloo but dropped out in 2014 when he received the Thiel Fellowship in the amount of $100,000 and went to work full-time on Ethereum.

What is Ethereum and its capabilities?

A common misconception is that people think that Ethereum is a cryptocurrency. The truth is, Ethereum is actually a blockchain. The currency that is used on that Blockchain is called Ether. So when people are talking about the price of an Ethereum, they’re actually talking about Ether.

Unlike Bitcoin, which has a 21 million coin cap, Ethereum has no limit on the number of coins that can be in circulation or produced. In addition, Ethereum blockchain is more capable than BTC blockchain. For example, the Bitcoin blockchain is only used for buying, selling and trading cryptocurrencies.

Ethereum’s blockchain can be used for many different things because they use what is called a smart contract. Ethereum blockchain actually uses 15-second blocks as opposed to the 10-minute blocks that the Bitcoin Network uses. The basic structure of smart contracts is a sequence of “IF’s” and “Then’s”, for example, “if” I pay my power bill, “then” my lights stay on.

So anyone can create a smart contract and submit it to be on the Ethereum blockchain. This does however come at a cost, which is paid in Ether. 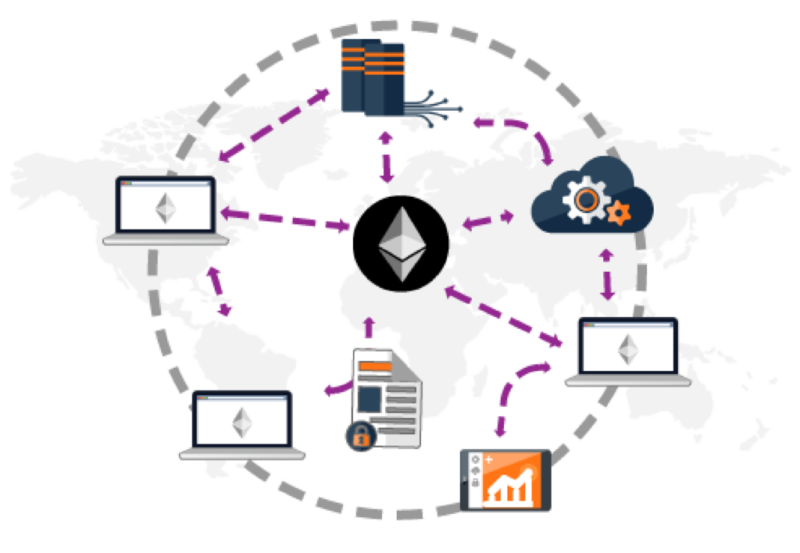 So let’s imagine that your cell phone provider uses a contract for two years on the Ethereum blockchain. They offer you a service of a phone, internet, and text, and you pay them every single month for a period of two years. So there’s a definite start and a definite end as well as steps in between. Your payment would be submitted through the blockchain, they would immediately see that you had paid your account, and they would immediately reset your offering for that next month. The contract, however, is extremely strict, you cannot miss your payment, even by one second. Otherwise, the Ethereum blockchain smart contract will execute that contract and completely terminate it, no longer offering you cell phone service and your cell phone provider would know immediately.

In order to get back into that cell phone plan. You would have to negotiate a whole new contract with them. These contracts are actually written in a programming language called Solidity. 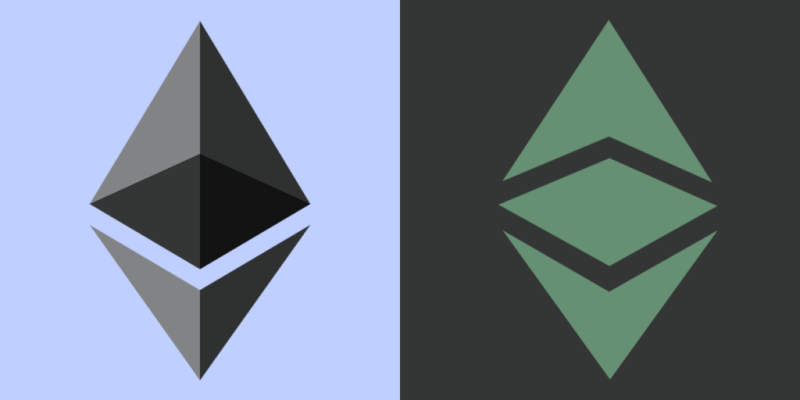 What is the point of Ethereum and Ethereum Classic?

The main division occurred in 2016 when in the code of the DAO platform, which was based on ethereum, one of the users found an error that gave him access to over 3 million ETH. The effects of these kinds of acquisitions and sales of Ethereum in large numbers could have fatal consequences for the digital currency exchange rate.

However, the creators of the platform and its managers decided to do something that in the cryptocurrency environment is a very bad move – they canceled the entire event in the system. The change was made using a hard fork.

In this case, such action meant confiscating all Ethereums taken over by the user who found such a gap, although the error was definitely on the side of the DAO application and not the Ethereum itself. Therefore, the part of the society around the platform did not agree to solve the case in this way. They stated that they would decide to support the “old blockchain” of ETHs, without hard fork operations. This is how the division between Ethereum Classic – old, recognizing the DAO application incident – and Ethreum – new, after the introduction of hard fork.

Basically what happened was somebody exploited a loophole in a smart contract and ended up getting a lot of money from people. This caused people to pull back from the Ethereum network say, “Hey, something’s not right here. Let’s create a version 2.0”.

That is the Ethereum blockchain that we use today. But there were some people that still liked the previous version, that is why they made Ethereum Classic.

How is Ethereum different than Bitcoin?

Although BTC and ETH are two cryptocurrencies, they differ a lot. Ethereum is a platform based on blockchain technology and is used in many areas. The main function of ETH is to remember smart contracts in such a way that it becomes impossible to fake them. It can be said that Ethereum was created around a completely different idea. By far the most important part of ETH is the global, decentralized “server for applications” connected to consistent transaction history. This solution allows you to create various applications on this blockchain. Decentralized applications, called “dApps”, have unique features compared to what you can do with cloud computing today, and we already see a lot of new ideas that are developing in this network. Meanwhile, BTC is a typical cryptocurrency, and its use is primarily payments.

An interesting fact is also that the prize for “mining” the BTC block halves every 4 years – Bitcoin halving. Meanwhile, Ethereum rewards you for work based on the Ethash algorithm, regularly paying 5 ETH for one block, and this should not change.

In addition, Ethereum has an interesting and permanent way to value costs for all transactions. Without describing the technical details, it can be determined that the commission charged depends on the complexity of the transaction. Meanwhile, transaction costs for Bitcoin are fixed. Therefore, in recent months, the profitability of low-value payments made using BTC has dropped.

ETH is a very interesting digital currency. It consists of many innovative technological solutions. Blockchain Ethereum is used in many areas. That is why it is worth knowing how this technology works. In this article, you learned everything about Ethereum, ETH blockchain and Ethereum Network.

All this will help you understand the world of cryptocurrency even better. Remember that crypto is not only Bitcoin and its blockchain, but also many more interesting facts! Read our other articles about what blockchain is, BTC and learn all the secrets of digital currency!