What is a bull trap? Meaning in crypto | CoinCasso Exchange 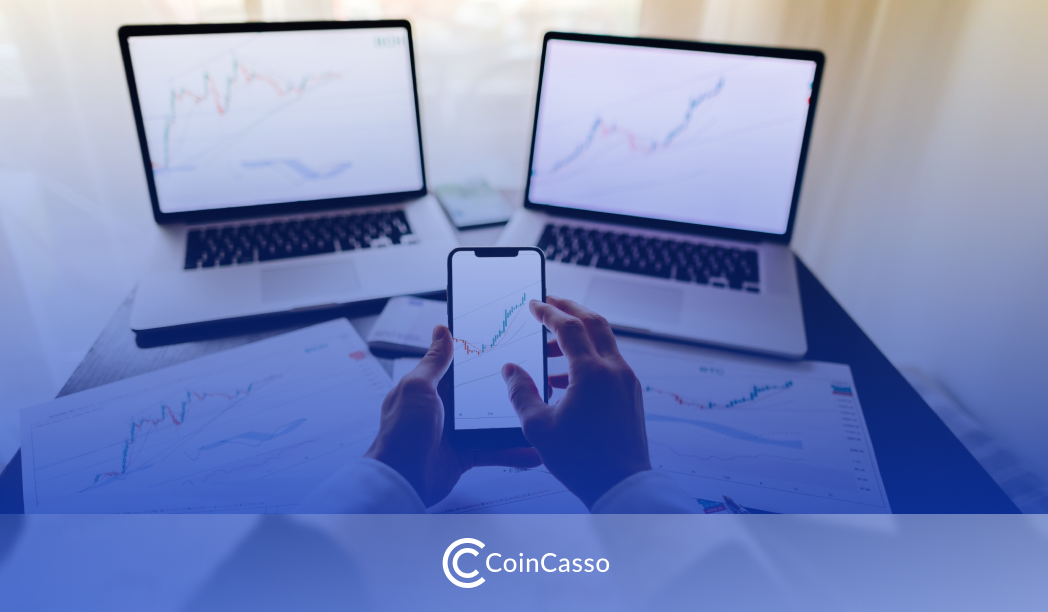 In a highly volatile cryptocurrency market, it’s vitally important to differentiate between various signals and trends. In such a way, traders can manoeuvre through all the market movements and make a profit.

Today we will be talking about one of such signals – a bull trap. We will discuss what a bull trap is, how to recognize it, and how to save your investments.

What is a bull trap?

Bull traps (or dead cat bounce) are short upward movements after a long downtrend. The buyers (bulls) had invested expecting a trend reversal in the near future but the market played a joke on them. Despite a tiny price recovery, the downturn continues, which means that the traders who were trying to buy the dip are now caught in a bull trap. Thus, they must start selling their assets to avoid losing huge sums.

Bull traps, which are unexpected spikes in asset value, occur during bear markets. A price rise is misinterpreted as a signal that the market will be growing. In fact, it’s just a fake short-term reversal followed by a decline. A bull trap is a typical thing for all kinds of financial markets – stocks, crypto, real estate, etc.

What does bull trap mean in crypto?

Let’s now talk about a bull trap in the cryptocurrency world. Bull and bear markets are the largest trends in crypto. They define the upward or downward price action for the following months. Yet, the volatility of crypto coins makes it quite risky to rely solely on a falling or raising pattern to gain a profit. Many other factors should be considered (technical analysis and indicators, past performance, etc.) to build a successful trading strategy.

Bull traps in crypto remain tricky to recognize and interpret for many traders, both professionals and newbies. Volatility makes almost any scenario possible, and, thus, even the slightest changes in the crypto price trigger the transformations in the market sentiment. A bull trap is dangerous for traders prone to making hasty decisions and rely mostly on their intuition or luck rather than technical indicators.

From a technical perspective, a bull trap occurs when the price goes above the resistance level. This does not last long and, then, it goes down continuing the bearish trend. During this time, bulls have already invested in coins and, as the market is experiencing a downward trajectory, are losing their funds. A trap is set in such a way that bulls are stuck in a situation where their trade will be unprofitable and they are forced to sell assets as soon as possible.

Example of a bull traps

Below we prepared a few examples of how bull traps look on the chart.

Here we can see numerous bull traps between February 2021 and July 2022. We’ve highlighted the two biggest ones. The BTC price started growing in the middle of December 2021 (from approximately $23,600) and this rally continued till the beginning of May 2021 – $58,000. The next big bull trap started at the beginning of October 2021 with the BTC price recovering to nearly $55,000. In a month, Bitcoin reached almost $69,000 which may have looked like the beginning of a bullish market. However, by the end of November, the BTC price was already decreasing and the downtrend prevails in the market even now, more than half a year after. In total, Bitcoin’s lost almost 50% of its value during the past year and is currently traded at around $23,000 per coin. In other words, BTC has been in the bear market all this time.

They say one cannot recognize a bull trap unless it’s already over. We say that technical indicators can help predict both short-term and long-term uptrends and downtrends. Any investor should pay careful attention to the following indicators not to get caught in a bull trap:

How do you trade a bull trap?

A bull trap is definitely not a time to panic or make impulsive decisions under pressure. Here’s what you can do:

Bull traps are common for all markets and signal only a brief uptrend in a bearish market. A bull trap is especially luring for new traders and investors who are not well-familiar with the cryptocurrency market yet. Some of the crucial things to keep in mind are the coins’ past performance, technical analysis, and the trading volume. Such a complex approach will provide a broad image of the market situation and can save you from being trapped in a bull trap and losing investments.