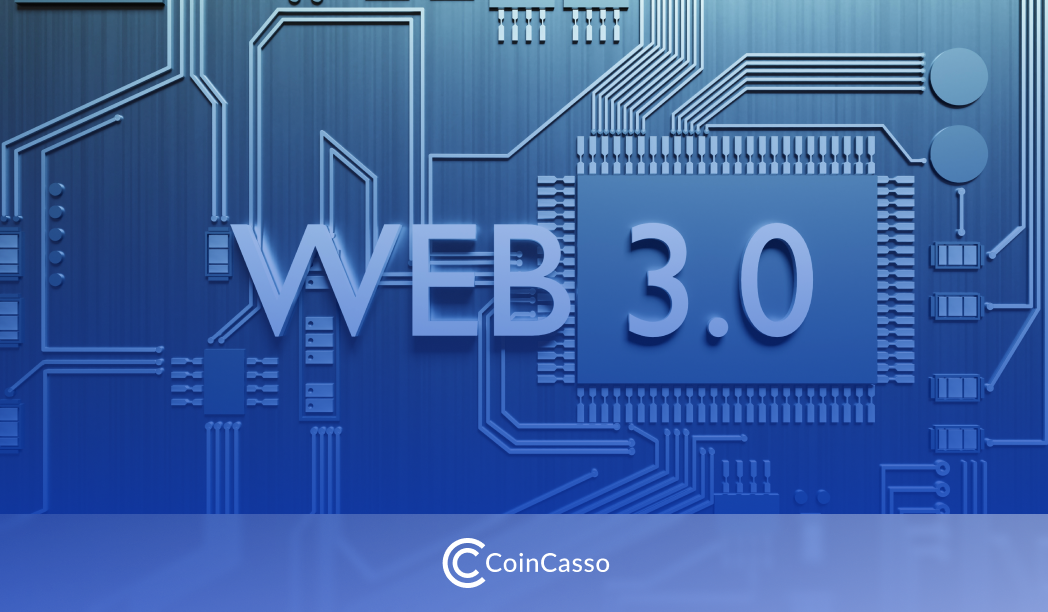 Technological innovations make the impossible possible and challenge reality daily. Only ten years ago, people were using plastic cards or cash to make purchases. Now, you can pay with almost any smart device or use virtual bank cards both online and in physical stores.

The same happened with the Internet – our dear network helping people to communicate, work, and just entertain themselves. The Internet was created in the 1990s and looked quite different from how we see it today. It’s another technology that is still developing and modifying the way we use it. Well, the future might be closer than we think and is already knocking on our doors. This article will discuss examples of web 3.0 – a new concept of our familiar Internet.

The term web 3.0 (or web3) was created back in 2014 after the Ethereum blockchain launched. However, it gained massive popularity during the past year, when everyone started talking about it. Undoubtedly, the growth of the cryptocurrency market and interest in it were one of the reasons why web 3.0 is one of the key topics in the crypto world.

To put it simply, web 3.0 is the future version of the current world wide web or the blockchain-based Internet. In order to understand why we even need any improvements for the currently available network, let’s have a look at the timeline and evolution of the web.

The main goal behind creating the world wide web was to share information and communicate with other people over long distances online. 20 years later, the reasons for using the Internet remain the same but the functionality of the web itself has reached a whole new level. Instead of just sharing information, users now create content, make money, and interact with each other in multiple ways. What’s more, the requirements for the future network will increase as technologies offer lots of new possibilities.

It was the first known network of the 1990s and early 2000s. Users were mostly passively consuming content – reading blogs and web pages on open protocols. Introduced by Tim Berners Lee, Web 1.0 was decentralized.

The next stage in the evolution of the web started around 2005 and continues until nowadays. This is the time of centralized giant platforms like Instagram, Facebook, Twitter, etc. On the one hand, these media organized both content and content creators and provided certain frameworks for them. On the other hand, they also set numerous limitations on photos and videos and even decide on what a person can say/write. Otherwise, a user can be blocked or even deleted. Such harsh politics has been critizised by content creators all over the world because they do not have full control over their accounts on social networks.

At the moment, web3 has not been yet fully implemented and exists only partially as metaverses, for example, or cryptocurrency payments. It is supposed to decentralize the Internet again and give all the rights to users. There will be no giant corporations or companies who decide what is acceptable, and what is prohibited. Web 3.0 applications combine artificial intelligence, machine learning, and virtual reality to enhance end users’ experiences no matter what they’re doing on the web.

Now, we’re moving to the advantages of the web3 and how they are challenging the existing Internet network:

Web3 is a blockchain-based network that makes it open and available to anyone. The central feature of blockchain technology is that there’s no central authority to process and verify crypto payments. Such transactions are processed by miners who are just regular users, which means that any payment will go through and won’t be cancelled or frozen. Web 3.0 is built on a blockchain technology, which grants equal rights and access to an open network with no requirements and restrictions to anyone.

The previous point proves that web3 will probably have no rules in place for users and content creators. Thus, any content is acceptable and no other users or community, in general, can report, restrict, or block it.

As you might have already noticed, most of the platforms and websites in web2 are linked. You can cross-login to the majority of retailers’ websites with a Facebook/Google account. For this, platforms exchange your personal information such as name/surname/phone number/email/date of birth, etc. Moreover, you need to provide these details for opening an account, while non-registered users usually have access to limited functionality.

Web 3.0 applications run on blockchain and, consequently, one does not need to provide any of this information to open an account. Another benefit is that would be able to easily move their accounts/profiles from platform to platform by just connecting chains. For instance, one can be using some social media on the Bitcoin blockchain but then move the account to a platform on the Ethereum blockchain. As of now, users often lose access to their accounts, as well as followers, content published, etc. because of the regulations and rules established by social networks’ owners.

The NFTs (non-fungible tokens) boom in the past 2 years has proven that almost anything can be digitized. And, web 3.0 will be a perfect space for this. Content creators will be able to digitize any piece of content and sell it on the blockchain. With no restrictions on the web3, both creators and artists have more freedom in creating and selling their unique digitized content pieces. And, the best thing about this is that blockchain fees for processing and receiving payments are insignificant. At the moment, for making any income on web2, people need to pay taxes, monthly fees, or charges for access to some premium features, and then processing fees for banks.

Large companies and corporations are already exploring web3 opportunities to offer new advanced functionality to their users. The best example here is former Facebook which has changed its name to Meta because they will focus on implementing metaverse and web 3.0 technologies on their platform.

Users can buy and sell digital pieces of land, construct houses and buildings, create their avatars, visit each other virtually, etc. Also, it’s possible to hold events and meetings in Meta, such as concerts or conferences. To experience all this, one would need a VR headset.

Web3 remains a theoretical phenomenon as of now but we can already have a look at some of its parts that are already functioning perfectly well. And, one of them is the following game.

The world’s most popular GameFi encompasses a whole little virtual world. The players in this game breed Axies – little creatures and fight against each other. Axies develop and grow throughout the game and are saved as NFTs. One can also easily buy and sell Axies on the in-game NFT platform for cryptocurrencies. This video game is powered by their token – Axie Infinity Shards (AXS).

Axie Infinity game is probably the closest what we now have to web 3.0.

As cryptocurrencies and blockchain technology are developing and growing in popularity, web 3.0 will soon become a reality. Without a doubt, the shift from web2 to web3 won’t be rapid or smooth. Nevertheless, as we can see, lots of companies and organizations have already made their first steps in moving towards web 3.0. Beginning with gaming and ending up with the financial industry, all the spheres can use web3 applications to improve the quality of their services and satisfy customers. Web 3.0 will revolutionize how companies can sell and offer their services, as well as how customers interact with the products.

We’re an innovative cryptocurrency exchange that goes hand in hand with the latest technology. We’re building a one-stop shop for crypto payments and personal finance. CoinCasso’s constantly adding new cryptocurrencies and blockchains (Solana’s coming soon!). Our team of experts is also looking into web3 possibilities and how we can enhance the user experience on our cryptocurrency exchange.