Top 5 cryptocurrencies to invest in 2019! 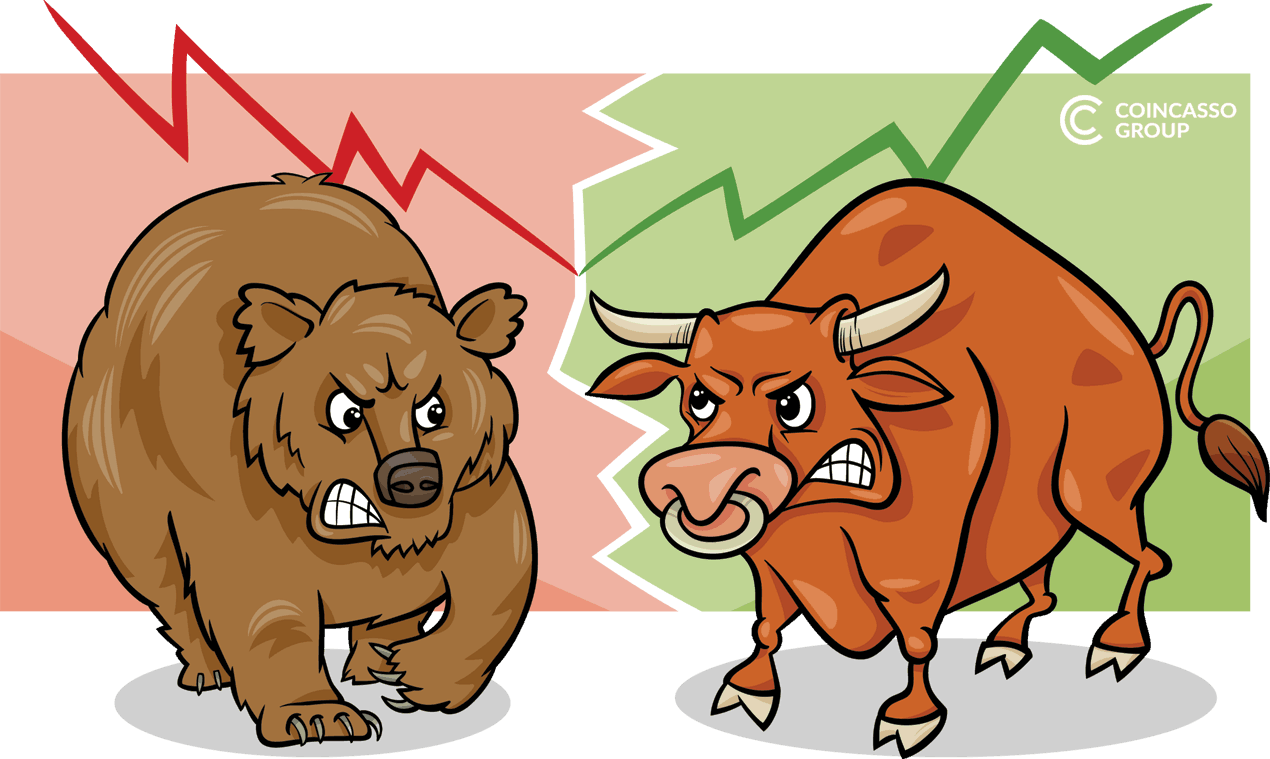 Are you wondering which cryptocurrencies to invest in to make a profit in 2019? After the cryptocurrency world crunch in the year 2018, which was a tough time for the entire market, we sincerely believe that last December growth will be continued and the bull market will come again. It seems that Bitcoin will have the most significant impact on the prices of altcoins, that is why we have placed it on the list as the first. Here are five cryptocurrencies, in which most analysts state it is worth investing in 2019!

Some say that in 2019 Bitcoin will lose its leading position among cryptocurrencies in favour of the Ripple – XRP token. Arguments for this situation are low risk – high reward ratio for investors, because of the low price of XRP with a very large market capitalisation (at the time of writing this article, XRP is ranked second).

#Bitcoin price on ths date.👇 Amazing hope this 2019 will be 🚀🚀🚀🚀🚀 pic.twitter.com/TVkaQsrnJP

However, it is firmly believed, especially looking at the current situation, that Bitcoin will continue to be a reference for the entire market. This largest cryptocurrency determines the direction in which the altcoins are going because their price depends on the Bitcoin rate. If the price of Bitcoin increases after the bear market in 2018, the cryptocurrency market should follow Bitcoin. What’s more, as we informed the public in one of our last weekly crypto news summaries, Weiss Ratings claims Bitcoin to be “the least speculative investment” and states that its price has gone down to such low levels that now is the best time to buy this currency created in 2009 by Satoshi Nakamoto.

Many analysts are of the view that Holo (HOT) is likely to boom in 2019. Holochain is not based on blockchain. Holochain and blockchain have been designed for different purposes. According to the authors, Holochain is much better than blockchain for anything that requires less than a universal consensus (most things): it’s faster, more efficient, more scalable, adaptable and extendable. Given the innovative technology, Holochain is expected to be the best cryptocurrency to invest in 2019, and if you are not convinced that its price will skyrocket in this year, it is speculated that for sure it is a decent long-term investment. It is only a matter of time before a giant company like Google or Amazon will start implementing Holochain in their platforms. The current price of Holo is meagre and this is another reason to invest in it; if this technology takes off, its price may soar enormously.

EOS.io platform was launched in June 2018 by Block.one company. EOS.io protocol is based on blockchain, and powered by the cryptocurrency EOS. It is predicted to become the first operating system for enterprise applications in the Western countries.

EOS is a very promising, 3rd generation platform, and it is expected that it can soon compete seriously with such “huge players” as Ethereum or NEO.

EOS creators have an experimental approach to second-generation blockchains. Many crypto enthusiasts anticipate that the cryptocurrency prices of the platform that guarantees scalability and interoperability will soon increase significantly, especially considering its recent establishment.

Thanks to the actions of Justin Sun, more and more investors trust in his project. The platform, which is still in its starting stage, is growing and if it achieves its goals related to providing blockchain technology for the entertainment industry, the TRON’s price is predicted to skyrocket already in 2019.

Let us recall that TRON moved to its own blockchain in May 2018. Justin Sun has also already acquired BitTorrent, which has over 100 million monthly active users worldwide. TRON has also exposed to the Forex market, and is about to invest millions into new gaming project – ARCADE. At the beginning of 2019, there is planned niTROn blockchain international summit in San Francisco.

0x (ZRX) is lately a very popular cryptocurrency, and its price is expected to rise. Its protocol provides a decentralized exchange of ERC20 tokens, issued on the Ethereum blockchain. ZRX was on the lips of the cryptocurrency world when Coinbase announced that it had listed the first ERC-20 token on it. During ICO, ZRX raised $24 million.

0x is an essential infrastructure for the growing cryptographic economy and enables the creation of markets that did not exist before. As more and more resources are tokenized, public block locks give you the option of establishing a new financial stack that is more efficient, transparent and fair than any other system in the past.

Are you going to invest in cryptocurrencies for 2019? We wish you good luck! However, remember that there are no 100% reliable and guaranteed predictions in the constantly changing cryptocurrency environment. It seems that as in previous years, the direction in which market is going will be based mostly on Bitcoin’s price (bitcoin price expectations), and we do really believe that it will increase again. Keep your fingers crossed together with us for the good crypto year 2019!

It seems that in 2019 the bull market has come again and our predictions are coming true. Bitcoin price has more than doubled, from around $3,700 at the beginning of the year to over $8,000 at the time we publish this update. At one point, Bitcoin cost about $9,000! What’s more, many analysts predict that Bitcoin price may reach its all-time high this year and break the record from December 2017 when it reached about $20,000.

According to the co-founder of Kenetic Capital, Jihan Chu, the price of Bitcoin will reach even $30,000 by the end of the year. In an interview with Bloomberg, he subjected three growth factors. In his opinion, the next boom will be supported by the influence of giant companies such as JP Morgan and Facebook, which are more and more favorable to cryptocurrencies and blockchain technology. Recently, we informed that Facebook is more and more friendly to cryptocurrency ads due to the introduction of its own project (Stablecoin for WhatsApp).

Jihan Chu also claims that people are looking for new ways to invest after the disappointing IPOs (Initial Public Offering), which were carried out, among others through Uber and Lyft. The most important argument for the further boom, however, is Bitcoin halving, which will take place in May 2020. History shows that such an event can bring huge growth.

What is happening with the price of other cryptocurrencies, which we described in our article – EOS, 0x, HOLO and TRON? The price of HOLO has increased fivefold, EOS – over three times, TRON – over 150%, and only the price 0x remains at a similar level. The market has definitely come and keep your fingers crossed for us to keep it that way!

Have you invested in any of the above cryptocurrencies or are you going to do so in the near future? Tell us in the comments!