The looming financial crisis: The cryptocurrencies “for the first time” | CoinCasso Exchange

The looming financial crisis: The cryptocurrencies “for the first time” 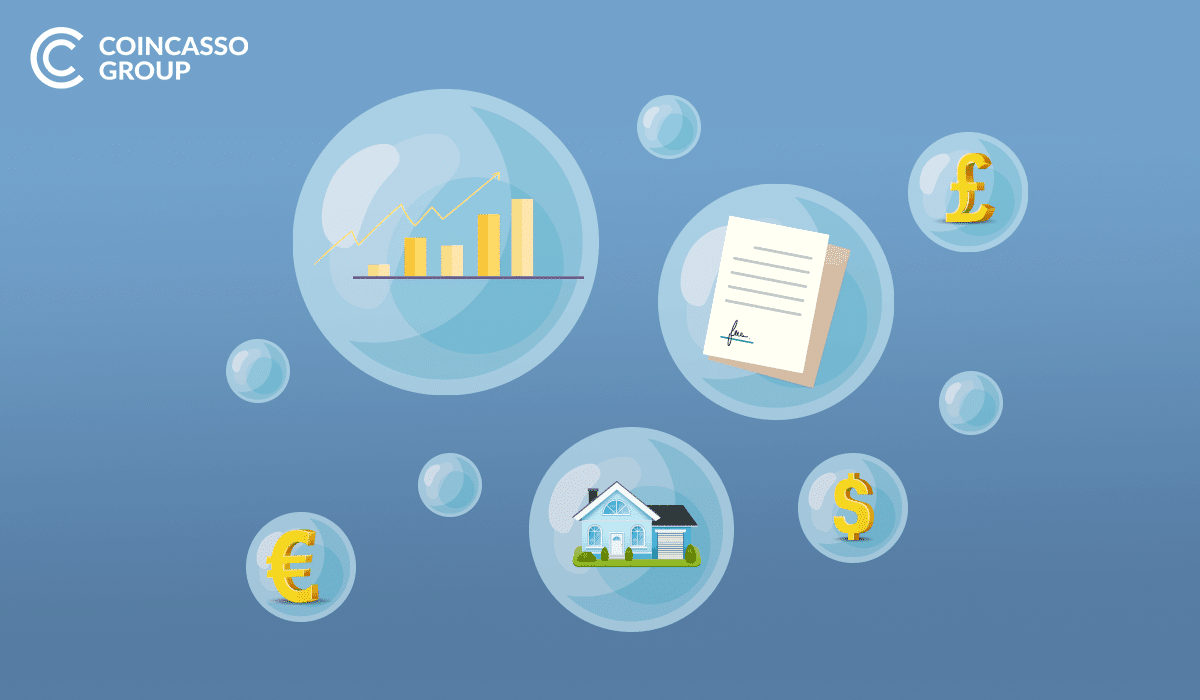 It is more than 10 years since the last serious financial crisis in 2008. The richest people in the world, including Bill Gates and Warren Buffet, are convinced that the next financial crisis will come in the near future. This is the first time that during the crisis, investors will be able to transfer their assets in cryptocurrencies. How will the market react and will cryptocurrencies experience the new boom?

As much as 77 percent heads of bank branches are afraid of the crisis in the European Union in the next four years. “We will have another [global] financial crisis like the one in 2008—it’s a ‘certainty’, says the second richest man in the world, Bill Gates.

The upcoming financial crisis will be worse than that in 2008, and investors should seek shelter from this storm in precious metals and cryptocurrencies – says the analyst Mike Maloney, who is a recognized economist and financial advisor, the author of the bestseller “Guide to Investing in Gold and Silver. Protect Your Financial Future” and also the owner of GoldSilver.com – the world leader in the trade of gold and silver.

The last financial crisis of 2008 caused that as many as 7 million jobs were liquidated. On 15 September 2008, the fourth largest bank in the USA – Lehman Brothers – collapsed, which aggravated the crisis. It’s greatly shown in the movie with Brad Pitt and Ryan Gosling, “The Big Short”. Will the next financial crisis bring even worse losses? – In 2000, only stock exchange shares appeared to be endangered, in 2008 they were shares and real estate, this time we are dealing with a bubble that may apply to both shares, real estate and state bonds., continues Maloney.

Maloney anticipates the financial crisis over the next three years but emphasizes that everything can happen much faster.

Cryptocurrencies “for the first time”

What does this mean for the cryptocurrency environment? Well, people invest in different things: e.g. gold, stocks, companies, or real estate. For the first time during an almost sure crisis, investors will be able to “escape” into cryptocurrencies.

However, many people are still afraid to invest in this market because it is considered unstable. Bitcoin’s price reached USD 20,000 at the end of 2017, at the end of April 2019. remain at the level of “modest” 5000 USD.

No matter whether the market goes up or down

On the other hand, there are cryptocurrency projects that earn regardless of whether the market is bullish or bess. Blockchain technology is constantly evolving and investing in it at the government level are already such countries as USA, Japan or Italy, as well as such huge companies as Facebook and IBM.

What is worth noticing is that the volumes on cryptocurrency exchanges are growing all the time, regardless of whether the market goes up or down. Also, there are exchanges being created that allow you to earn money by becoming a shareholder in the project.

CoinCasso as the first in the industry has applied a unique system that pays 80% of the profits of the entire CoinCasso infrastructure to each user according to the number of CCX tokens possessed – CoinCasso Exchange Token.

We are a democratic cryptocurrency exchange which is going to combine the advantages of centralized and decentralized exchanges. It is a hybrid solution created for the community.

CoinCasso aims at solving the major problems of today’s cryptocurrency exchanges’ environment, Our view is completely different because we want the community to be able to participate in the development of the project, we want the industry to develop holistically.

The project is in the ICO phase. We have already achieved a soft cap ($3.5M). The profit for CCX tokens holders will not only come from the cryptocurrency exchange because CoinCasso is a multifunctional, multi-layered project. One of the cores of the project is the ATM-BTC network and the Payment Gateway.

Our CCX tokens holders will have the greatest impact on the introduction of new currencies and innovations. Further, having CCX tokens will activate the memberships and key benefits will be:

What will the future bring?

It seems that the next financial crisis is a matter of months or at most a few years. How will the cryptocurrency world react to it? Will it experience a new boom? Time will tell. Regardless of when the crisis comes, it is worth knowing that there are cryptocurrency projects that give big chances for success regardless of whether the market goes down or up. And one of them is CoinCasso. If you decide to buy our CCX tokens, please visit CoinCasso.io!