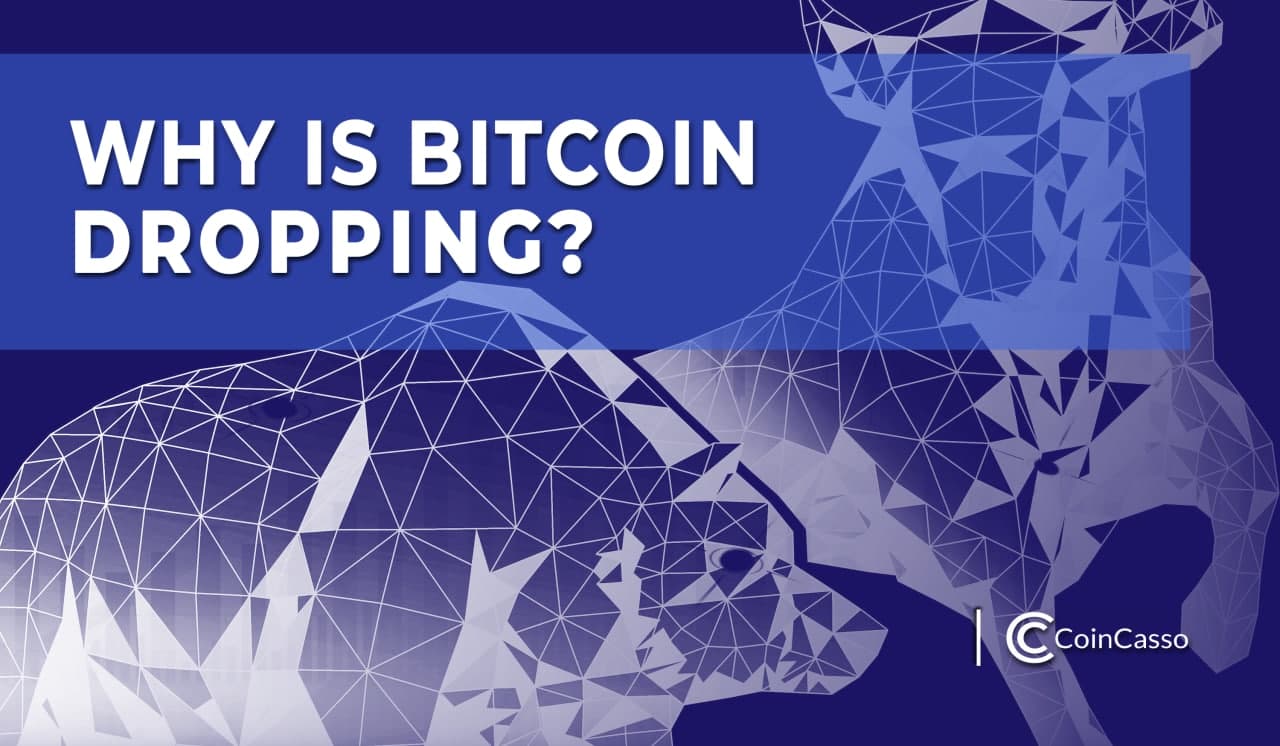 Since 2017, Bitcoin has silently surged in value by catching the eyes of investors and buyers who initially saw it as a risky investment and somehow that has not changed even now. However, it’s not all sunshine and rainbows in the market of cryptocurrency right now, as the prices are suddenly beginning to drop in the past year and a half. And of course, we can speculate but there have been no attempts by institutions to answer the question of “why is bitcoin dropping in value and yet still on everyone’s mind?” And if you’d like to learn the answer, keep reading.

History of the rally of Bitcoin (BTC)

Since November 2020, the price of bitcoin has risen nearly three times its original value, due to a variety of external factors which have helped bitcoin gain the trust of markets around the world, but primarily in the U.S.

An example of this and another key factor is the support given to bitcoin by Tesla CEO Elon Musk in a tweet claiming they have plans to buy $1.5 Million of the cryptocurrency, which helped make the market bullish for some time.

At the beginning of 2020, investors such as Warren Buffet and Bill gates showed their out-right opposition towards bitcoin and other crypto-asset saying that this would simply be a bubble. However, contrary to predictions, the price of bitcoin has risen and begun coming onto portfolios of wall street markets and retail investors alike. A likely reason for this was the endless possibilities that cryptocurrency provides to the fundamental system of banking and industry.

The key factor, however, was the acceptance of Bitcoin as a safe-haven commodity, both by the U.S and individuals around the world who were afraid that the response of governments to the coronavirus pandemic would increase inflation to their native currencies. This has led around 7 million individuals around the globe to invest in crypto, although not necessarily in just Bitcoin. This fear for the global economy propelled Bitcoin to $18,353 at closing on November 23, 2020.

The rally wasn’t over yet, though. Prices sharply peaked around $57,000 on Feb 21, 2021. After 24 hours, the prices were already dropping by $3000 during Asian trading hours mainly due to an increase in the cost of holding bitcoin.

Reasons for the fall in prices of bitcoin

External Factors that influence the price of Bitcoin

In essence, there are certain causes for drops in the price of bitcoin. The first of which is the speculation of investors, big and small on the intrinsic value of bitcoin and other cryptocurrencies in general. Take the following case, for example; On Thursday, bitcoins prices fell by nearly 15% following the circulation of information regarding the potential of a single unit of bitcoin being used to complete two different transactions at the same time. However, this was mere speculation and later led to recovery following the discovery that bitcoin’s algorithm can self-correct for these discrepancies.

Another hindrance to the growth of BTC is the increasing interest of the U.S government to regulate the use of bitcoin to combat money laundering and terrorism. While on the other hand Russia and Venezuela are among just a few of the countries taking an interest in integrating bitcoin into their economies to avoid sanctions from the United States. Several agencies in the U.S have stepped up and labelled several cryptocurrencies as commodities, assets, and simply as another currency against the dollar. However, the increasing interest from the Biden administration seems to show that despite all the regulations, cryptocurrency may yet be integrated into the U.S banking industry as well as into other sectors.

Of course, cryptocurrencies, specifically Bitcoin do appear to have some influence of their own on the way pricing fluctuates. This is through a very simple rule inscribed by Satoshi Nakamoto themselves, which states that; for every 210,000 blocks of bitcoin mined the reward in terms of bitcoin is halved. This means that the amount of BTC that a miner would get right now is higher than it will be in possibly a decade from now, creating the problem of an ever-increasing cost in the production or mining of bitcoin with time. Evidence of this can be seen in Mongolia where the Chinese government has shut down and banned bitcoin mining facilities to reduce power consumption in the region due to the massive amount of electricity needed to operate the computers needed for mining. Despite this negative externality, miners will still be able to charge a fee for every transaction they process. Creating an everlasting blockchain system that will maintain a ledger allowing transactions to occur even after the finite supply of 21 million units of bitcoin has been mined. It is speculated that Satoshi Nakamoto is the owner of at least 1 million of those 21 million units.

And finally, there is the matter of a finite supply for this so-called digital gold. This finite supply and the rising and falling of demand is essentially the only market force that controls the price mechanism of BTC. Referring to the double-spending risk mentioned above; when demand began to bounce back due to fear of market failure in the stock exchange during the GameStop rally, the supply of bitcoin was increasing at the same rate as it always has due to the time consuming and self-correcting process of mining and reward halving respectively. This caused an upward shift in the price of bitcoin at an exponential rate. Merely setting an example of how bitcoin pricing may operate in the future as its supply is self-controlled by the algorithm designed by BTCs creator, the unidentified Satoshi Nakamoto. In the end, the simple drops of price seem to be healthy pull-backs that eventually lead BTC and other cryptocurrencies to emerge at a higher value than the day before, but only time will tell if that indeed, is the case.

Profit taking. A great way to trade your cryptocurrencies and stay on top of recent news

If you’re one of the many millions that are hearing about cryptocurrency lately and have decided that you’d like to start trading in crypto, we implore you to create an account on our website and stay up to date on the most recent news while having access to a platform that offers you the comfort of trading your cryptocurrency and other commodities from your living room on hours decided by you.