Bitcoin vs Gold – which is better to invest in? | CoinCasso Exchange

Bitcoin vs Gold – which is better to invest in? 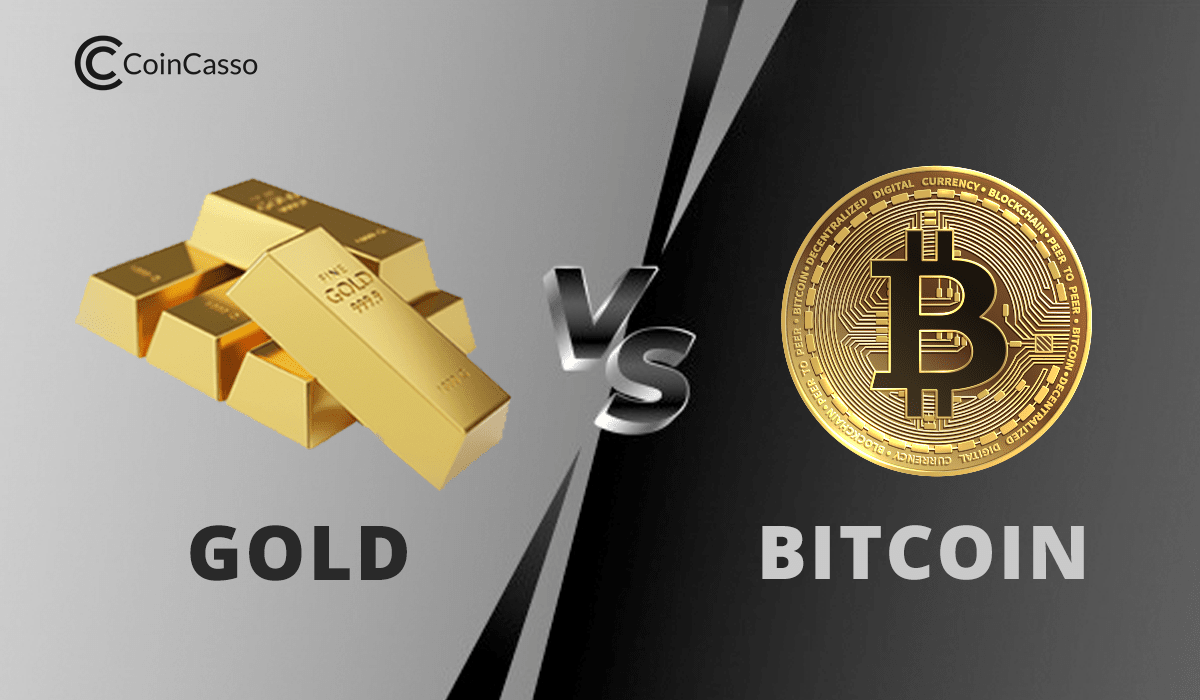 The decision whether it is more profitable to invest in precious metals like gold or in digital currency like Bitcoin (BTC) might be hard to make. Many people all around the world more and more often still put gold above Bitcoin investments, considering it as a more stable option. On the other hand, Bitcoin is growing in popularity, due to the fact that the price of digital currencies is going up. The truth is, both gold and Bitcoin have their own pros and cons.

Is gold better than Bitcoin?

Bitcoin (BTC), the first digital currency became the main topic thanks to its increasing price recently. Bitcoin’s value is dependent on many factors in the financial market. The price is determined by the laws of supply and demand, the interest of the investment market is and the number of transactions made. Regarding the gold, it is similar. The value of precious metals doesn’t succumb to the direct pressure of the economy, and the same as cryptocurrencies, it is not dependent on the state and central banks, like fiat currency.

So far the biggest advantage of physical gold is the stable position of the asset. Many investors consider gold as one of the safest investments. Gold as a store of value is used for thousands of years. There is no doubt that it has stood the test of time and it is still improving its value. When you make a decision to invest in gold, you can be sure that it won’t just stop having value one day.

When it comes to security, comparing Bitcoin vs Gold, is also kind of similar. Gold is definitely a very safe investment. It is almost impossible to steal or fake. Thanks to the encrypted and decentralized mechanism, the level of security in cryptocurrencies is also high and almost impossible to hack. Unfortunately, there was one accident that undermined the security of cryptos, but after Mr. Gox event, security has been improved.

Many investors used to say that Bitcoin is a “new, digital gold”. Launching the first cryptocurrency in 2009 by Satoshi Nakamoto was the first step into the world of digital assets. In the beginning, there were many skeptical voices that didn’t the crypto market seriously. At the moment, there is no doubt that cryptocurrency is the future.

For a few years, Bitcoin wasn’t considered as a stable investment. Due to the ups and downs that this crypto experienced. Anyway, paying with Bitcoin which until recently seemed distant, now is getting more normal. This creates more and more options and new fields of exploitation. 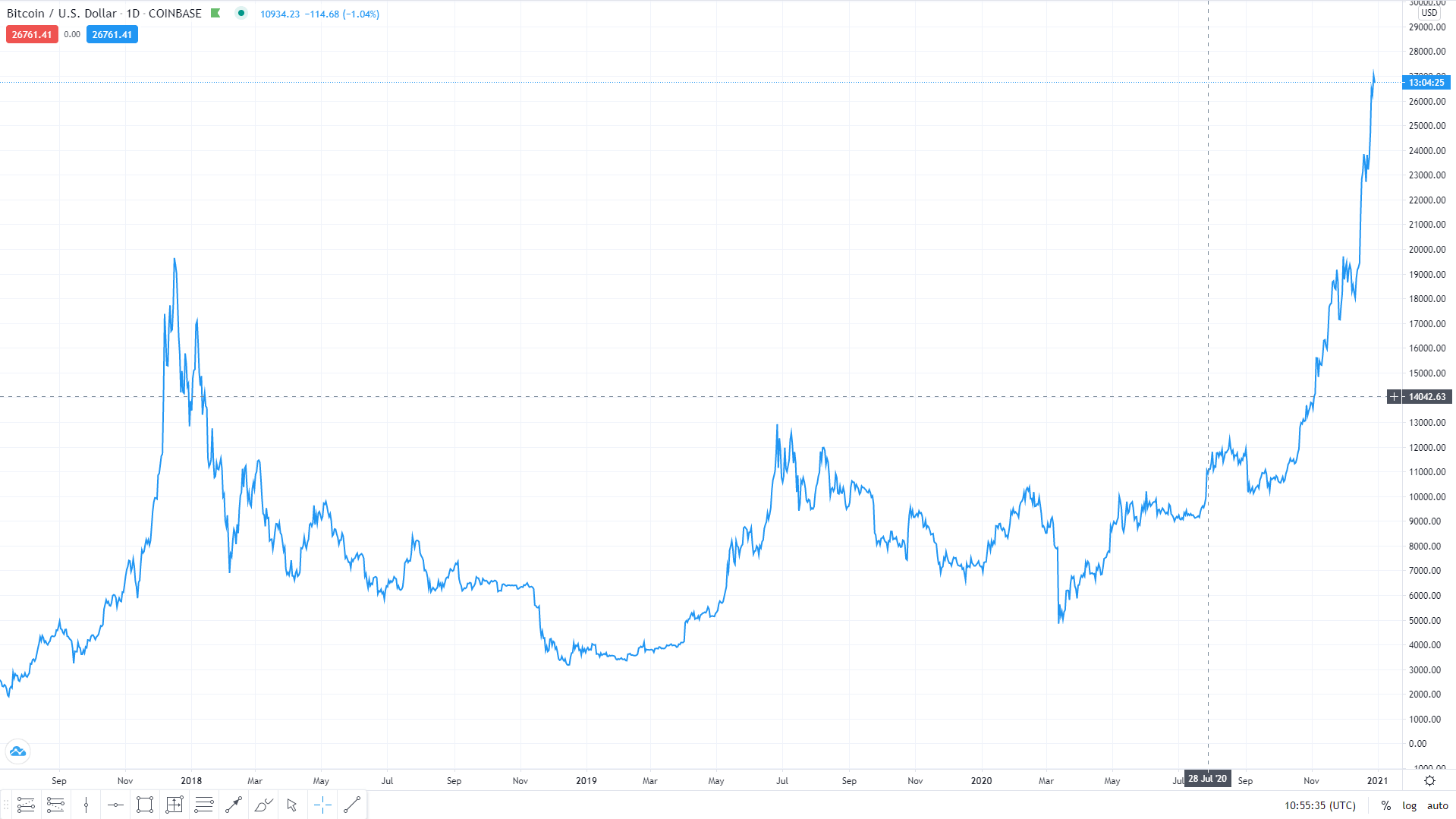 Another advantage is also the fact that you can invest in BTC both in the long and short term. It is worth adding that the blockchain system gives customers and investors completely new opportunities including much more privacy and security of the client’s fund.

What BTC and gold have in common?

Both gold and Bitcoin are rare resources. The total supply of BTC is 21 million tokens, and the mining will end in 2140. At the moment 18,5 million tokens has already been mined, and there is no doubt that mining has a huge impact on the Bitcoin price. How much will BTC cost in 2140? The current demand for coins is driven by its value as a medium of exchange, with every year the demand and price of rising.  When it comes to gold, it is hard to predict when gold reserves will run out. The thing is that we don’t know exactly how many golds we have on the earth, and what is more, how much is in space.

Both gold and Bitcoin are good long term investments and have very liquid markets where you can easily exchange fiat money for them.

How to buy Bitcoin via CoinCasso?

You can get Bitcoin on CoinCasso in a quick and safe way. You can do it in a few steps, the whole process has been described below.

1. First, you need to register on CoinCasso.

3. Make a deposit of fiat money or cryptocurrency. On CoinCasso you can deposit fiat currencies via credit and debit card.

4. Open order offer on the Exchange menu section, choose the currency pair and create your offer. 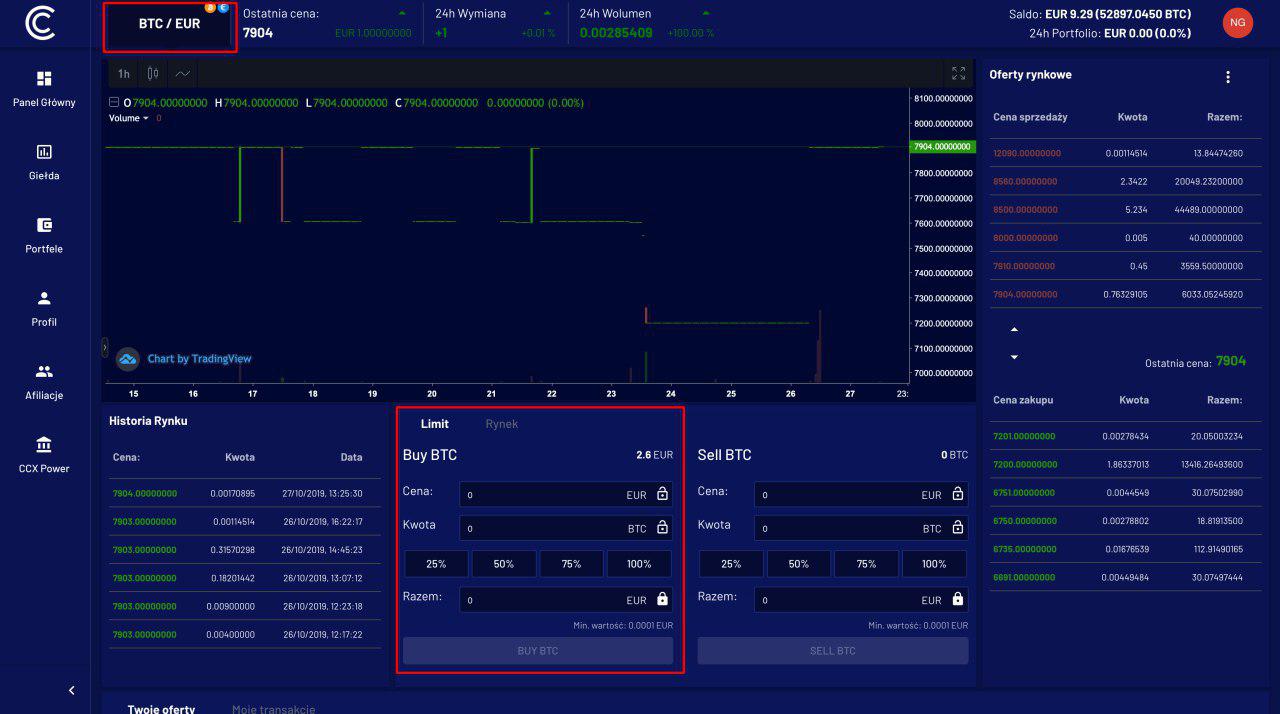 5. Now you can simply withdraw your funds to your account.