Bitcoin Price Crash – Is this the best time to buy? | CoinCasso Exchange

Bitcoin Price Crash – Is this the best time to buy? 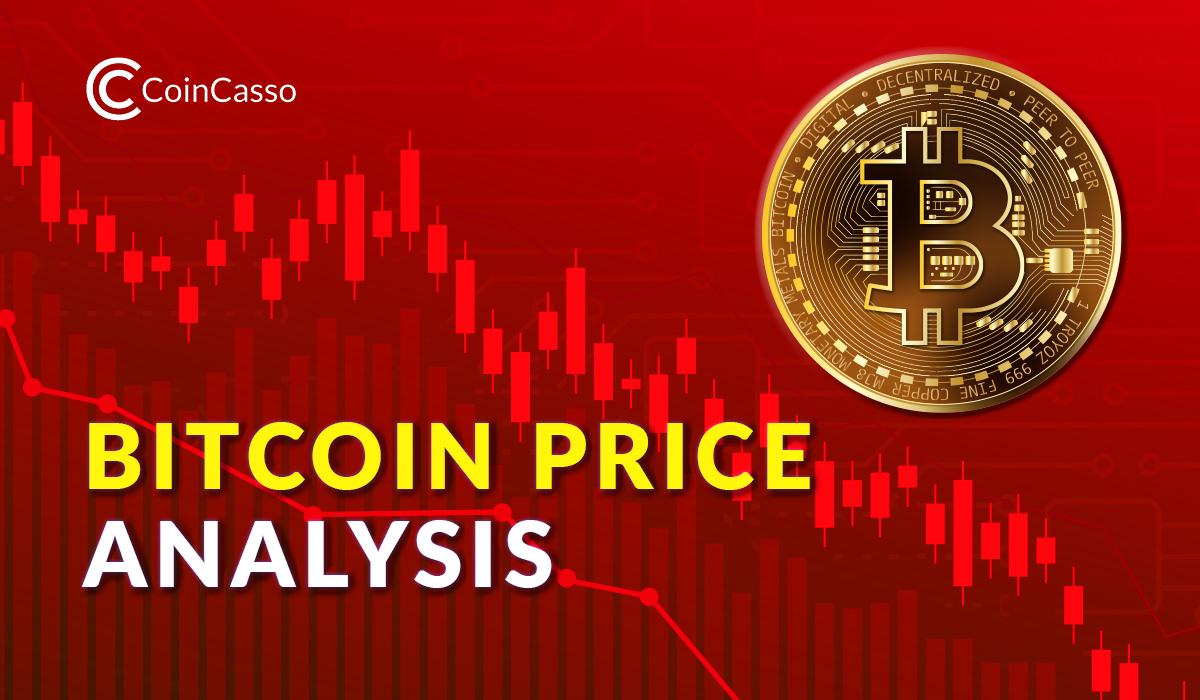 The entire cryptocurrency world got flipped on its head over the last seven days! What can testify to such a sharp drop in the price of Bitcoin? Currently, it is worth observing the current market situation. That is why we have prepared a thorough analysis of the BTC price.

The main reason for the price change

Let’s get into Bitcoin because essentially the entire cryptocurrency market mimics Bitcoin. The only other difference is the prices. So the Coronavirus outbreak has caused mass panic across the board, across the entire globe and the reason this happened is when people are scared, they tend to sell all their assets because they don’t know if they’re going to be there in the next week.

Everybody was speculating, “Is this it for Bitcoin? Is the cryptocurrency world done?” and then it dropped down to a new low of just under $4,000. At that point, it met a nice resistance point causing people to buy back into cryptocurrencies, causing it to shoot back up, and it’s been trading sideways at about $5,000 – $5,500 ever since.

According to Candlestick charts of Bitcoin since the beginning of the year Bitcoin rose until it hit its high point at $10,000. It was a resistance point and at the time people did start to sell. On February 15th could be observed the large volume and a big drop in the price. After that, a little bit of a recoup, but then the price dropped again, then again a little bit of a recoup and next it dropped massively. 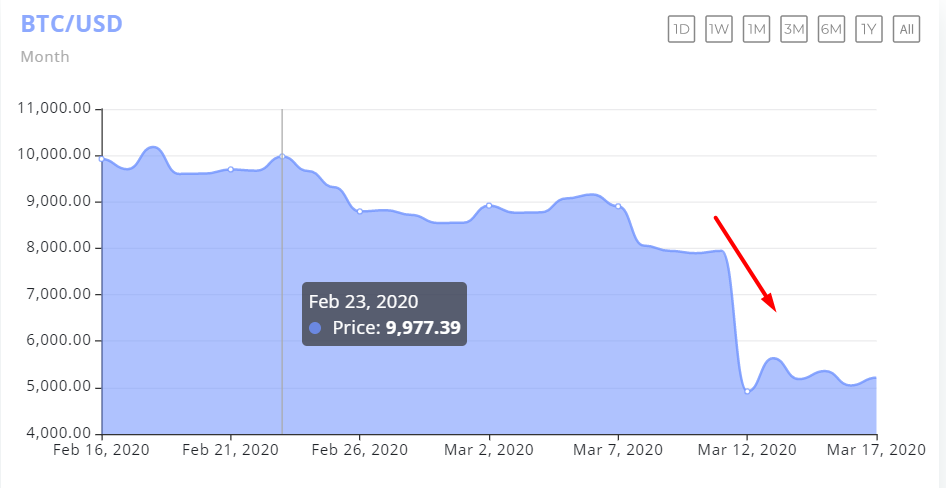 The derivatives market also began to fall, which translated into the price of Bitcoin. On March 7th – March 8th, that’s when President Trump spoke out about the Coronavirus outbreak and how he was closing transportation airlines to the United States after this a huge dip in the S&P 500 and NASDAQ as well as a cryptocurrency market all the way down to its low point at about $3,840. After it passed the $4,000 threshold a lot of people had limit order set so that when the price did get that low, then they initiated a buy order causing the price to shoot back up within a 30-minute time frame to $5,500.

Analysts noticed the massive amount of volume that was traded during these times during the big dips. But since this last dip Bitcoin has actually regulated and has been trading sideways ever since. This is a good indicator that the market confidence is back and there will be an upward trend in the near future.

Is Bitcoin worth investing?

In 7 years there were no such changes in the Bitcoin price. BTC dropped down to $4,000. Later, the S&P 500 on the normal market started to recoup and go up 10% in one day, later Bitcoin and all cryptocurrencies start trading sideways for a couple of days. This situation was the best time to buy BTC.

It’s a good time to buy because the market confidence is beginning to return slowly. Yes. We still have this epidemic but the financial markets are really beginning to bounce back and we’re going to see a nice upswing in the next 30 to 90 days in the cryptocurrency world. So if you have some extra cash lying around it might be a good option to do your research and start getting into cryptocurrencies.

BTC hasn’t had such a price for a long time. This is an opportunity for you to get your foot in the door, and start investing. Hold onto it for the long term because if you’ve seen some of the price predictions of Bitcoin, up to a $100,000 each or $500,000 each or even a million dollars each, at the current price of $5,000 per Bitcoin. It’s a good investment over the next 20 years.

See also our video forecast about the latest bitcoin price: