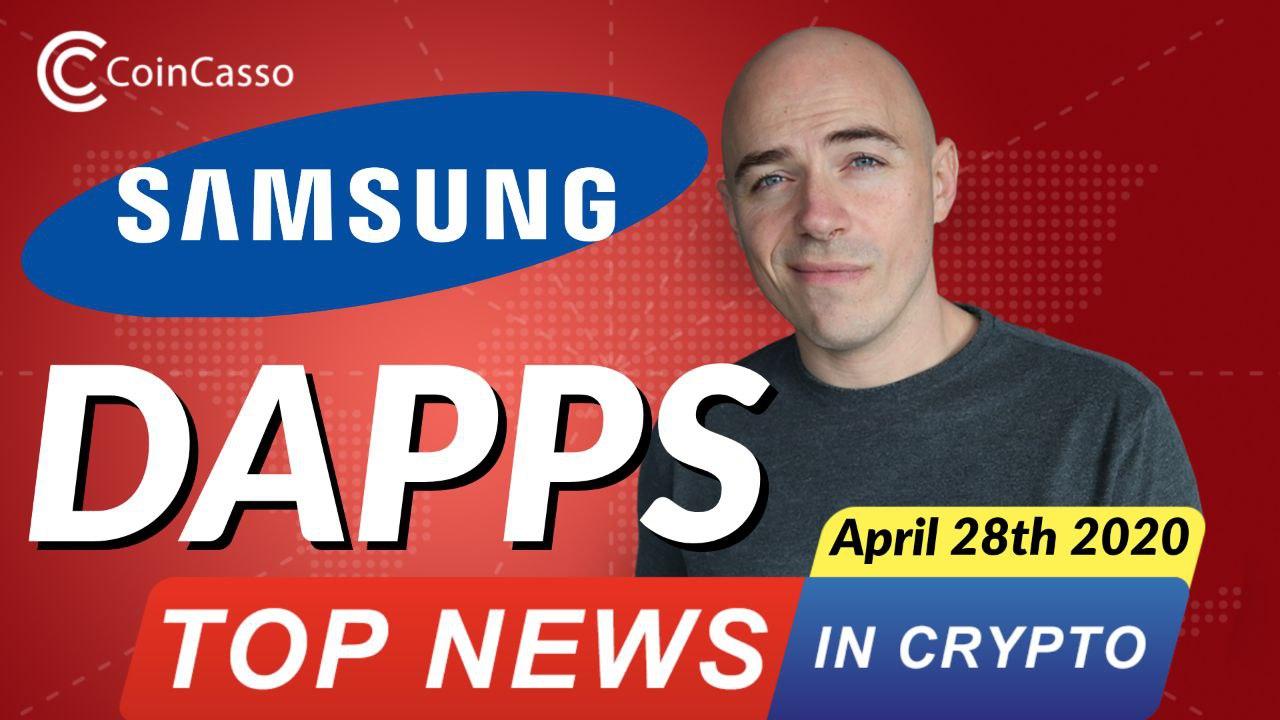 The top cryptocurrency by market value rose to $7,800 early on Monday to hit its highest level since March 12 – dubbed “Black Thursday” – when prices fell from $7,950 to $4,700 as the coronavirus pandemic crashed most markets. 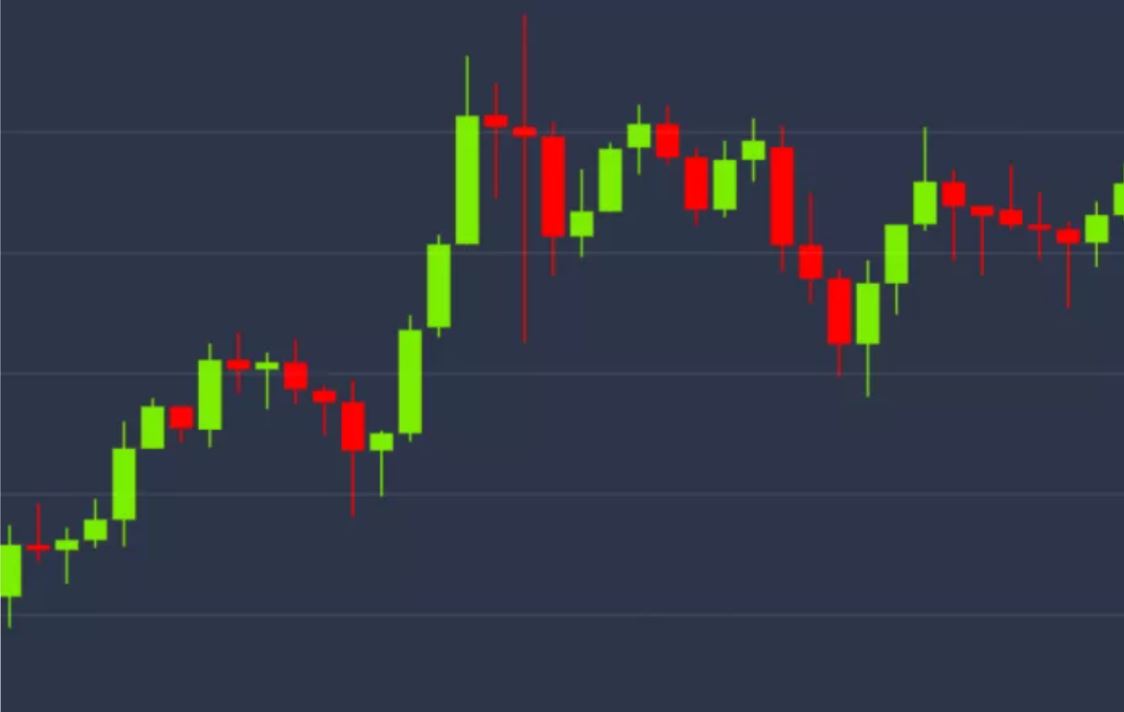 While the major part of the recovery rally could be associated with the uptick in the S&P 500 and the global stock markets, the recent move from the April 21 low of $6,800 to $7,800 looks to have been fueled by factors other than moves in equities.

Bitcoin looks to have partly decoupled from the equity markets due to the bullish narrative surrounding the upcoming halving. “The rally is being sustained by the rapidly approaching halving,”

So in comparison As of Friday, the S&P 500 was up nearly 30 percent from the low of 2,192 reached on March 24 and down 17 percent from record highs. While the recovery rally looks impressive on the surface, the breadth of the move has been quite narrow, meaning the rally has been fueled by an uptick in few heavyweight stocks.

So if you guys don’t know this, the S&P 500 as a whole indexing the top 500 companies. So even though a majority of them aren’t moving or actually going down. Some of the big companies are actually going up which is causing the average to increase.

Ether’s price might be getting a boost from the crypto industry’s version of the dash for cash. 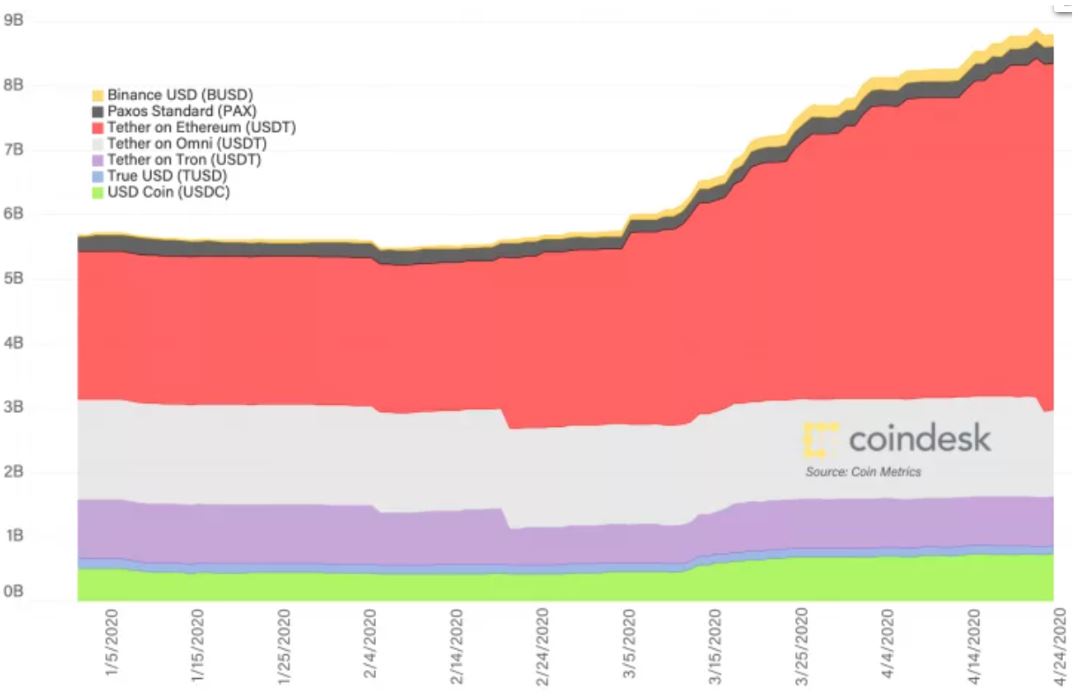 The coronavirus crisis has sent investors in both digital and traditional markets scrambling for U.S. dollars, seen as one of the best assets to park money in during a deflationary recession. In traditional markets, that’s meant selling risky assets like stocks, junk bonds and developing-country currencies, and parking the proceeds in cash.

In digital-asset markets, there’s been a flurry of demand for tether and other dollar-linked stablecoins, many of them built atop the Ethereum blockchain network. Led by tether (USDT), the total outstanding amount of stablecoins surged this month to nearly $9 billion, from less than $6 billion in early March.

It seems like every time there’s an economic hiccup people take their money out of the market as a safekeeping mechanism and put it into other forms of currency, like gold silver or under their mattress for safekeeping.

Because cryptocurrencies are so easy to purchase, USDT is going to be your best bet. Then once you hold USDT, trading to other cryptocurrencies is just a blink of an eye. Now If you don’t know what tether is please go watch our other video where we explain in depth.

Samsung has added support for Tron-based dapps to its proprietary Galaxy Store, granting smartphone and tablet users in both Europe and the U.S. access. 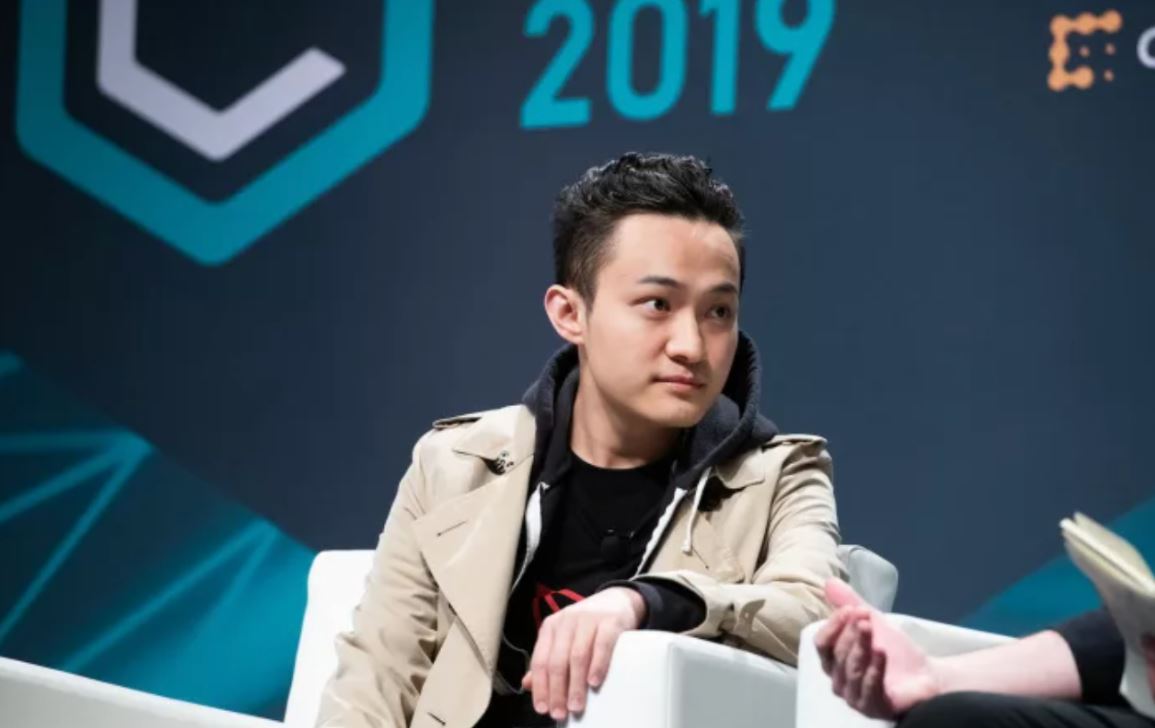 Tron said Monday Samsung smartphone and tablet users would be able to download these Dapps from a dedicated section of the Galaxy Store.

On-chain games, such as Blockchain Cuties and Super Player, would be available from the store from Monday, with other dapps slated to be added in the near future, Tron added.

Now if you don’t know what a Dapp is, it’s a decentralized application. Most of these are actually games where you can play in crypto currency or different ERC 20 tokens, basically, like every other game except use cryptocurrencies instead of Fiat currencies.

It’s kind of cool that we’re seeing all of these things slowly incorporate blockchains and daps and even other countries are picking up a digital currency to replace their fiat currency like China.

It’s a slow progression, but I think we’re going to move in the direction of cryptocurrencies to lead the future in currency.