Porsche implements blockchain into vehicles. Are we facing the revolution? | CoinCasso Exchange

Porsche implements blockchain into vehicles. Are we facing the revolution? 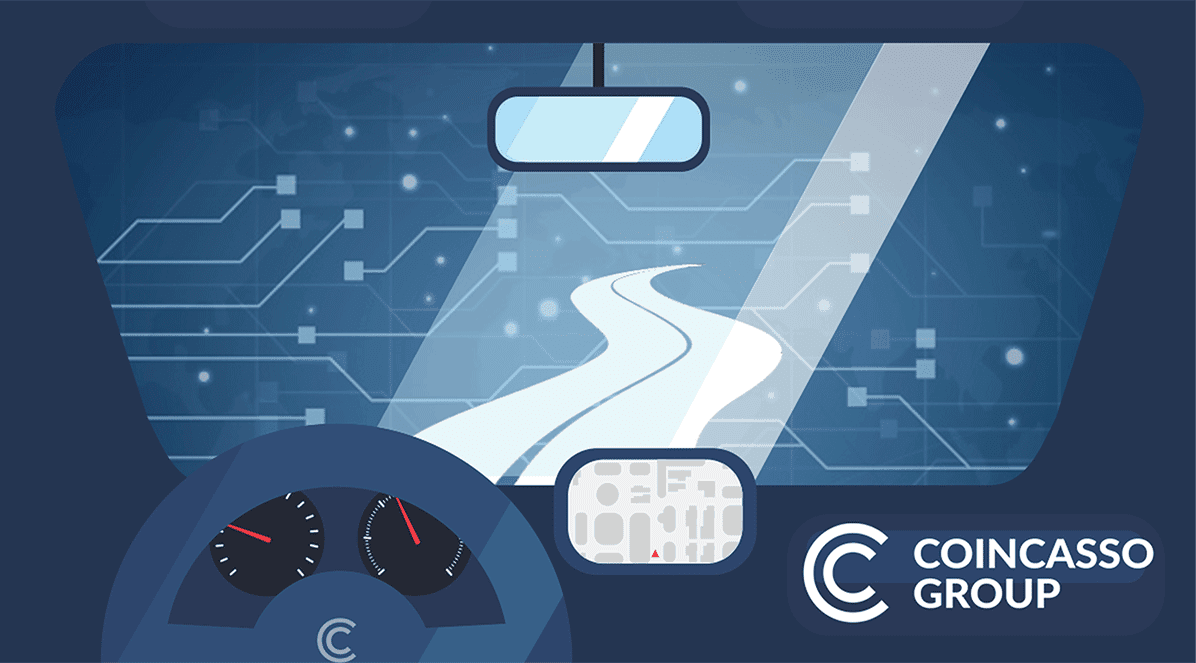 We continue our series about blockchain’s impact on various industries! Last time, we discussed the healthcare industry. This time we take into consideration the automotive industry. Have you heard about self-driven cars? Imagine driving without the need to control the car, turn the wheel, brake and add gas and so on. It’s not a science-fiction, it is becoming a reality, and probably in our lifetime there will no longer be the job of a taxi or a truck driver. And blockchain technology is going to be part of it. How exactly? Let’s take a look!

The famous automotive company Porsche announced that it was the first to test an application based on blockchain in vehicles. Let us recall that blockchain brings higher speed and security. And that was the goal which Porsche authorities have set themselves.

In the system, a vehicle becomes a part of blockchain and cooperates with it directly. Porsche tested application which lets lock and unlock a car. All data is saved on blockchain – the owner can allow someone else to unlock the car, and it takes only 1.6 seconds to do it (six times faster than in “traditional system”). Of course, the entire data is encrypted and can not be modified, so the possessor of a car can easily grant access to it to someone else via the application.

What’s interesting, Porsche, has closed a loan of $170 million on the bank account of Banco Bilbao Vizcaya Argentaria (BBVA) with an aim to support strategic acquisitions in the retail distribution network in Europe and Asia.

“With digitalization being an integral part of Porsche Holding’s Strategy 2025, the goal is to advance in all fields of activity. We think that the blockchain technology has great potential and are therefore very excited to being able to explore the technological capabilities together with BBVA.”, commented Branch Manager of Porsche Corporate Finance, Dominik Paschinger.

In July 2017, Renault published a prototype of the solution, which aims to collect information about cars in one place. It is a kind of digital book thanks to which using blockchain technology access to information is fast, unambiguous and safe. In today’s world information is dispersed, for example, between mechanics, insurers, vendors, owners, etc., and thanks to blockchain, it can be available in one place. This solution also increases the level of trust in the purchase/sale transactions; the buyer has access to information related to the vehicle’s history.

Renault cooperated when working on this project with Microsoft, which provided for this purpose access to the platform called Microsoft Azure Blockchain. Renault has further plans; they are also planning to use blockchain technology for micro-transactions.

“Beyond this project, this technology will be a major step forward for connected vehicles and the micro-transactions and security requirements associated with them,” said the authorities of Renault.

In February 2017, Daimler AG, known for its flagship brand – Mercedes Benz – announced joining the Hyperledger, which aims to increase the advancement of blockchain technology in today’s world. At the moment, the three-digit number of companies joined this initiative, including companies such as Intel and IBM. Daimler AG focuses on far-forward solutions, so it has become natural for them to plan the use of blockchain technology.

“Being a part of Hyperledger allows us to collaborate with a global network of experts in order to build the cross-industry blockchain standard, for customers, supply chain, digital services, financial services, and financing tools,” said Kurt Schäfer, Head of Treasury at Daimler AG.

Is car history transparent only in theory?

Another company that works on the use of blockchain technology is Car-Vertical. They want information about vehicle history to be more transparent. They claim that the data on the car – for example, insurance or repairs – belong to the owner of the vehicle, in accordance with European Union law or the US, but at the same time claim that it is only pure theory, and in practice it is quite the opposite – the owner does not have full control above these data.

Above all, the issue concerns the next car owners, thanks to the greater transparency they would be more aware of previous activities related to their car. Today it turns out that the car has a few owners in the lifetime, and most of them have no data on it! After all, there are situations when the history of a car is faked, e.g. by changing the meter’s status. The blockchain technology makes this problem completely solved. Currently, the data from the insurance company is not public, so nothing is known about previous car accidents and related defects.

CarVertical decided to introduce its ideas in life and sold 15,000 ETH during a token sale in order to create a decentralized vehicle data platform.

A massive threat with self-driven cars  – that already exist (e.g., Uber Taxi uses them in the USA) – are potential hacker attacks that can lead to terrorist attacks. It is another innovation for which blockchain can guarantee safety. Can you imagine a situation that hackers would get into the database of self-driven cars on a crowded roadway and cause a gigantic accident and considerable losses in people? Thanks to the blockchain, errors associated with collecting information from the surroundings would be minimal risk.

It is also worth noting that the blockchain, thanks to its unchanging nature, although theoretically possible to hack, would guarantee great security. It is challenging to break the protection of the entire blockchain, because it requires enormous computing power. Besides, there would be no problems with interrupting the network connection, which in traditional systems would significantly increase the risk of a disaster.

Is blockchain destined for success?

Before self-driven cars are introduced on a global scale, it will take a long time to pass. However, today blockchain can significantly affect the comfort of using cars, especially in connection with opening / closing them (assigning a car to a specific person holding a token) or also data on the history of the vehicle (the end of manipulations on this background). It seems that this is just the beginning of changes, but since such large companies as Renault and Porsche are already taking blockchain technology seriously, we can expect the next significant changes in the near future. We are convinced that blockchain will revolutionize the automotive industry. It must succeed!