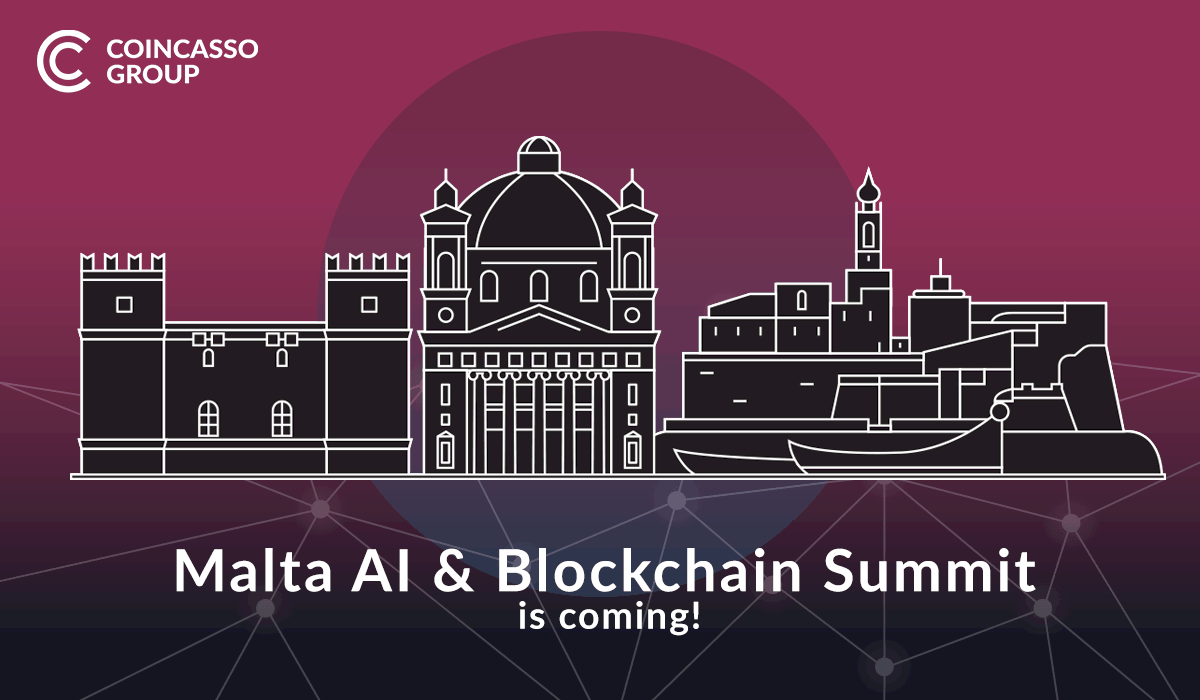 The spring edition of Malta AI & Blockchain Summit will take place on May 22-25 in the Hilton hotel in St. Julians. CoinCasso team is already preparing to land on the blockchain island!

CoinCasso team in Malta for the second time

Last year, we have attended the autumn edition of Malta Blockchain Summit. The delegation of CoinCasso team was a respectful guest during dinner which was opened by the President of Malta. Check out our flashback:

The first edition of Malta Blockchain Summit was a monumental success, with 8500 attendees, including W. Scott Stornetta, Abu Dhabi’s Royal Highness, Malta’s Prime Minister the Hon. Joseph Muscat, John McAfee, the Winklevoss Twins, and Sophia the Robot. Check out another video from this considerable event:

Spring edition – what to expect?

What the next edition of Malta Blockchain Summit will bring? Even more people are expected to attend the event: 10,000 attendees, 400 exhibitors, and 1500 investors!

“I wish to thank everyone who attended Malta in November and for the overwhelming feedback we received. The Blockchain community accepted me and my team as part of the family. I look forward to contributing and help drive this technology forward by doing what I love the most – events! This year, we are raising the bar with a stellar line-up of speakers and we expect an even larger crowd to attend our show.”, said Eman Pulis, the Founder of the Malta AI & Blockchain Summit.

“We are moving beyond the hype by discussing not only Blockchain but also A.I., Quantum Tech, Big Data, and IoT this year. Wining and dining in the company of fellow industry executives goes a long way. I strongly believe that business is not made between companies, it is made between people. With the Malta A.I. & Blockchain Summit at the Hilton inching every closer, we’ve gathered an impressive crowd of A.I. and Blockchain industry leaders that will make for an epic summit of networking nirvana,” he added.

The main part of the conference is taking place on May 23-24, although the organizers encourage delegates to stay in Malta on May 22-25 because of many extra events that are planned, including 12 workshops, 6 conferences, a Startup Pitch and STO Battle, lavish VIP dinner, networking drinks, Closing Night and “Proof-of-Steak” pool party.

One of CoinCasso departments will be located in Malta. We want to expand awareness about blockchain in an international environment, and Malta as one of the most crypto-friendly countries is definitely a great choice for the place of our company’s branch. We are sure that the event will not disappoint and we would like to help to prove together again that the blockchain industry has a bright future ahead.