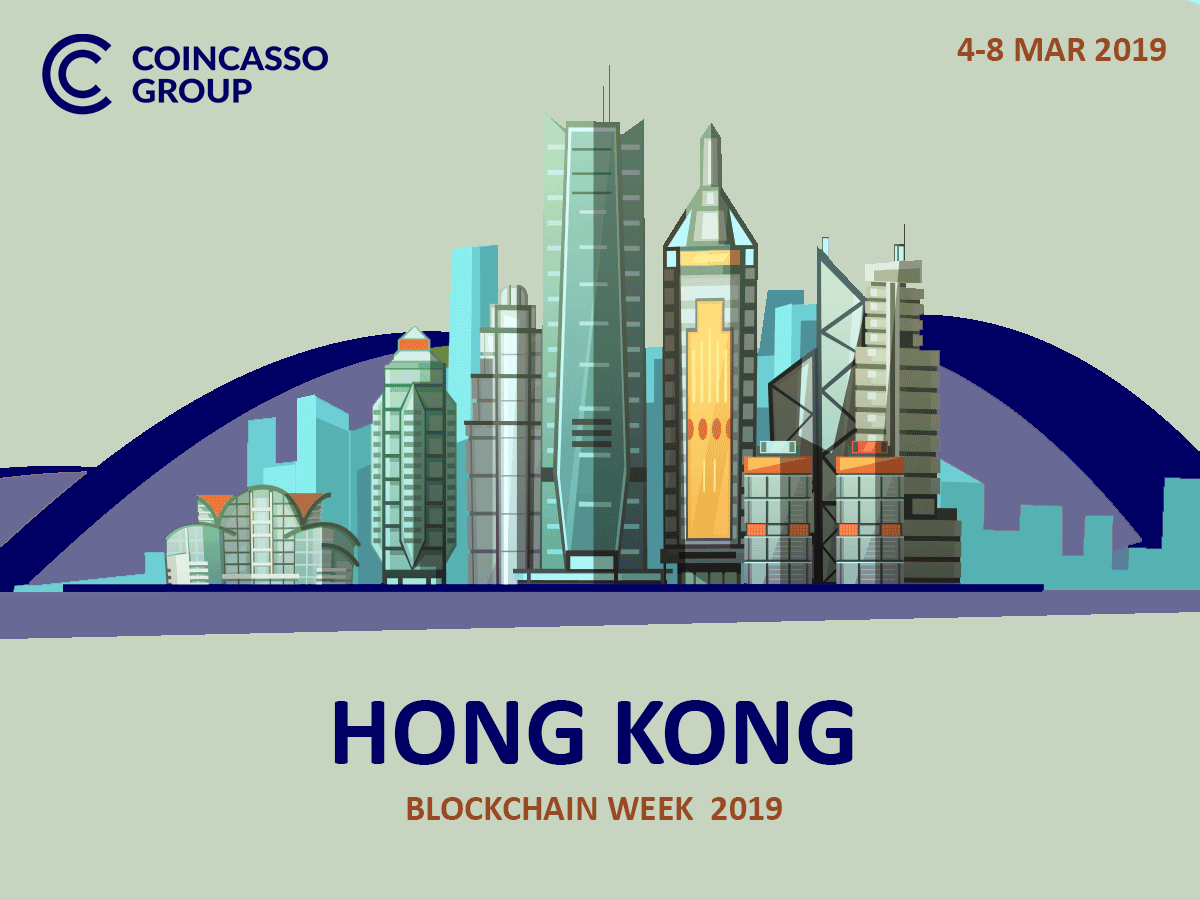 As we have already informed, we translated our blog articles into simplified Chinese, and soon we will introduce other language versions: Japanese and Korean. We would like to promote our project and strengthen the awareness about the blockchain technology in the promising and developing Asian market. CoinCasso team with Luke Ozimski, Michał Grzywacz and Mariusz Fultyn “on board” in the upcoming few days will get on a plane to far Asia!

Hong Kong Blockchain Week 2019 will take place between March 4th and 8th, 2019. It is organised by NexChange Group. This company is an “innovation ecosystem-as-a-service, specialising in fintech, insurtech, blockchain, AI and healthtech”. NexChange Crypto Investment provides, among other things, ICO advisory and marketing, and over-the-counter crypto trading  (trading outside the crypto exchange). At the conference, there will be over 3000 delegates, 175 speakers, 150 investors, and 100 journalists from 50 countries. The ticket prices start from 65 USD.

Hong Kong Blockchain Week 2019 gathers the blockchain ecosystem of the world. It is a very prestigious event with numerous amount of well-known speakers. Below you can see short bios of a part of a group of speakers:

Charles Hoskinson is a co-founder of Ethereum, and CEO of Cardano. Recently, he joined Endor, an AI-powered business predictions platform. He is also CEO of the Input Output HK, a computer software company from Hong Kong. He was studying at the University of Colorado.

Juwan Lee is chairman and CEO of the organiser of Hong Kong Blockchain Week 2019 – the NexChange Group. He is fintech and blockchain influencer with over three decades of experience in the industry. He is also an entrepreneur and Silicon Valley VC. Juwan Lee is University of California graduate.

Dr. Larry Sanger is a co-founder of Wikipedia and a Ph.D. philosopher. Currently, he is CEO of Everipedia, a wiki-based online encyclopedia, which was launched in 2015 as a fork of Wikipedia. Dr. Larry Singer graduated from Ohio State University.

In the years 2007 – 2014, Bart Chilton was Commissioner at the US Commodity Futures Trading Commission (CFTC). Later, he joined DLA Piper as a Senior Policy Advisor. DLA Piper is a multinational law company located in more than 40 countries. He is an author of an investment book “Ponzimonium: How Scam Artists Are Ripping Off America”.Bart Chilton was studying at Purdue University, but he left one semester before graduation to take part in work on Democratic Party 1984 political campaigns.

Brittany Kaiser is a co-founder of the Digital Asset Trade Association (DATA) and Bueno Capital. She is a whistleblower and a former director of Cambridge Analytica, a company which cooperated with Donald Trump in his campaign. “2018 was the year where the world finally realized the value of digital assets such as blockchain tokens and personal data, and how unprotected they were, as unregulated business and political interests led to exploitation. In 2019 governments are now legislating on these assets, giving an unparalleled opportunity to be a part of the process and work with lawmakers to protect our digital rights. It’s now in both government and private sector interests to rebuild the public trust and consumer confidence by collaborating on common sense legislation.”, said Brittany Kaiser.

There is a huge amount of sponsors and partners of this conference. Among the so-called “Diamond Sponsors” is famous cryptocurrency website CoinMarketCap. Some other sponsors, supporting organisations and media partners are Malta Blockchain Summit, CoinTelegraph, ICO Holder, CoinZeus, Cognito and Mineberg.

You can find more information about this considerable conference on its official site. CoinCasso will be there – we can’t wait for the next exceptional event related to the blockchain world. There are only a few days left!