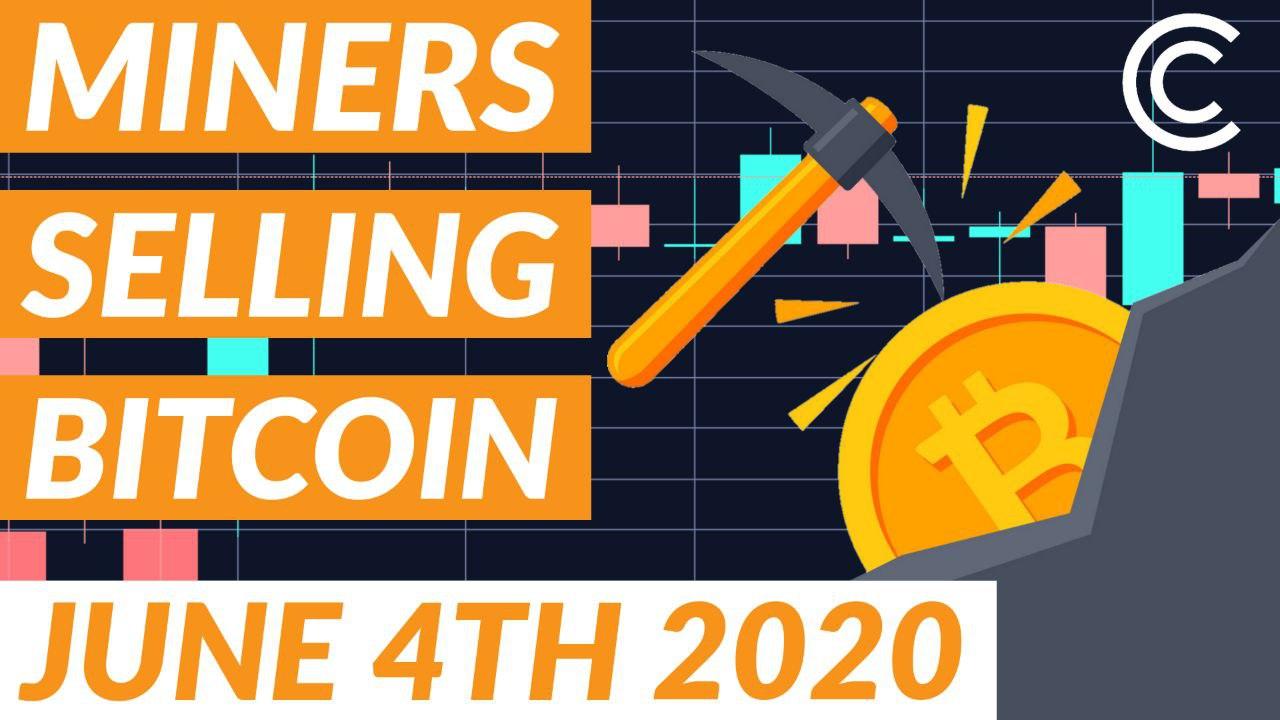 In this article, we go over the top cryptocurrency prices, the top news articles are written in the last 24 hours, and a quick analysis on bitcoin to see where the price is going in the future. Bitcoin and cryptocurrencies across the board are on their way back up after the huge fluctuation. We saw over the last 72 hours. Let’s check out these top crypto currency prices and then do an analysis on bitcoin.

Let’s take a look at Bitcoin over the last 24 hours. You can see since yesterday’s article. Where we saw this huge 10-percent drop and it has been climbing up slowly ever since.

We’re also seeing very low volume compared to what we saw over the last 72 hours.

Now, we’ve taken it out even further looking at the one-day chart.

Looking at this new upwards trajectory that we have been working on. Basically right now, what we’re looking at is the price of Bitcoin over the last year. I’ve drawn this line here in the middle because it’s hit this resistance and support level so many times in the past that this is a good key indicator of what we’re looking at going towards the future.

If we take it in a little bit closer to look at what we’ve done recently. 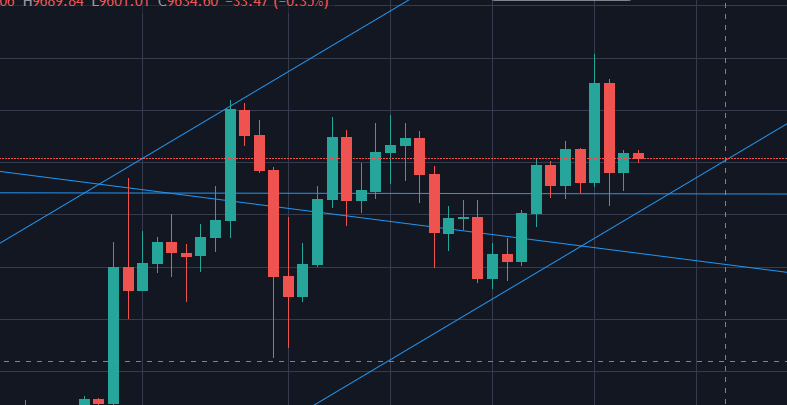 It’s not getting too far above or below this threshold. Now, I’m not Nostradamus and I cannot predict the future, but if you look

At June 6th, June 7th and June 8th. This is going to be a key determining Factor on where we’re going to go in the future. If Bitcoin decides to break through this bottom support level by June 8th, we could be looking at $8,800, on the upside though, if it does continue this upwards Trend, we should see some nice numbers going towards 11,000 within the next two weeks.

Now a lot of people are concerned with this Spike up and drop back down in the last 72 hours. Hours, but if you look at the volume traded this was literally just whales buying and selling. just a quick pump and dump. Now imagine for a moment that these two candlesticks weren’t here. We’ve been doing the exact same thing for the last week. And as a matter of fact, we’ve been climbing up over the last few weeks.

Now it is a very very small margin but it is going in the upwards Direction. My hopes are that in the next few days the trading stays consistent, we don’t see many massive fluctuations up and down and we should keep this upwards trend breaking past this barrier and moving along the lower support line.

Now, let’s jump into coinmarketcap and look at the volume traded in the last 24 hours on bitcoin.

You can see here. It is substantially lower than it’s been over the past couple of days. It has been sitting at 37 and 38 billion. Currently. We’re at 25 billion. 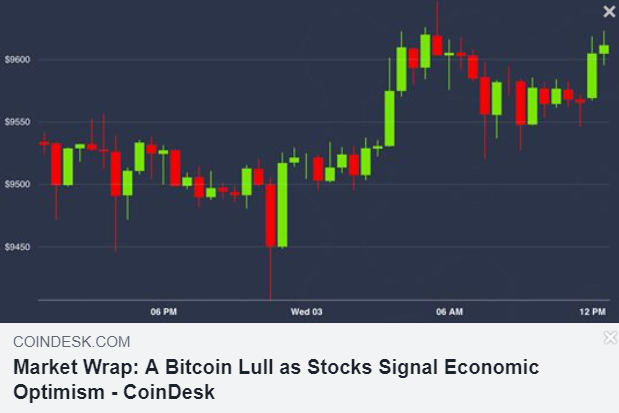 After Tuesday’s rapid 8% drop in less than five minutes on high sell volume, bitcoin’s prices have steadied. At 00:00 UTC on Wednesday, the world’s largest cryptocurrency by market capitalization was changing hands around $9,528 on spot exchanges like Coinbase. Ten hours later, it staged a small run-up to $9,650 yet low trading volumes dashed any hopes of a substantial rally. Bitcoin is below its 50-day moving averages, signaling a technical sideways bearish sentiment.

You can see a chart of the Dow Jones, S&P 500, the Japanese exchange as well as Bitcoin.

You can see most everything has been having a steady climb up as Bitcoin has been rocking the house up and down but still overall performing the best. Now keep in mind as the stock market goes down and the dollar devalues, a lot of people move their assets into gold and Bitcoin. So if we do see the predicted pullback that this article is talking about in the stock market. We should see a nice upswing in the price of Bitcoin.

Miners Are Selling More of Their Bitcoin. That May Actually Be Bullish 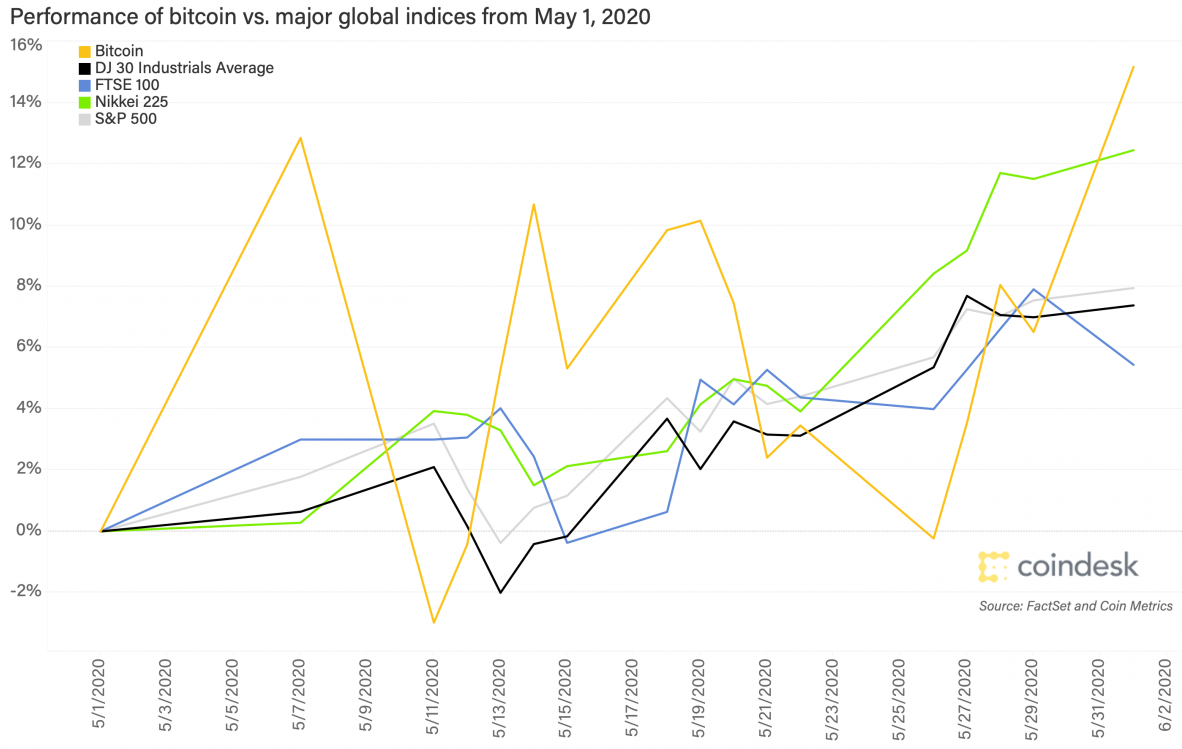 The biggest cryptocurrency by market value fell 8% from $10,137 to $9,298 in less than 5 minutes during Tuesday’s U.S. trading hours, dashing hopes for a continued upward move.

The price drop, however, has not deterred miners from running down their inventory.

According to data source ByteTree, miners have sold 920 BTC and generated 844 BTC in the past 24 hours, pushing their inventory down by 76 BTC and keeping the miner’s rolling inventory (MRI) figure above 100%.

So these miners selling their Bitcoins that they have mined, means that they believe that the Bitcoin Market can actually take the huge influx of Bitcoins that they’re selling without too much of a negative effect. Miners are smart, and they don’t want to devalue the price of the thing that they’re mining day in and day out. So you would never see miners doing a huge dump of Bitcoin making the market crash. 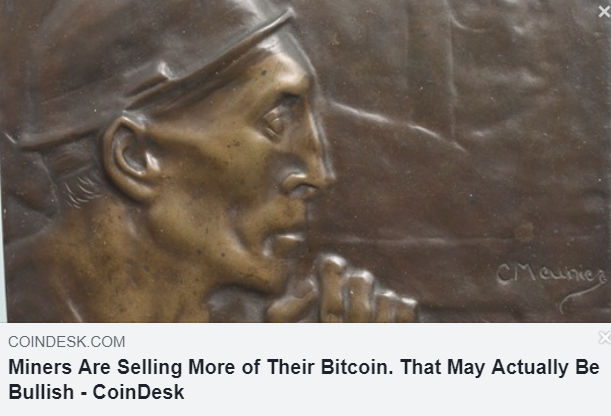 Executed at block 10,500,839 on May 31, the backwards-incompatible network upgrade makes Ethereum Classic fully compatible with Ethereum. That is, until the larger blockchain swaps its consensus algorithm in a network overhaul known as Eth 2.0 – tentatively scheduled for Q3 2020.

The hard fork represents a major departure for Ethereum Classic, which is sticking with Proof-of-Work (PoW) while its sister chain moves to Proof-of-Stake (PoS) and sharding.

In some ways, the PoS versus PoW split mirrors the foundational disagreement that led to the creation of Ethereum Classic. Competing interpretations of an infamous 2016 hack forced a contentious hard fork that splintered one developer camp into two. Since then, Ethereum Classic has largely played catch-up with Ethereum, which boasts the larger developer network.

Now what we’ve been seeing in Ethereum lately, is price going up substantially from $200 to $250 over the last week. This to me means many people are bullish on Ethereum. But I’m really curious to see which one comes out on top, whether it’s going to be Ethereum, Ethereum Classic or the new Ethereum 2.0.

Now Bitcoin is the first and oldest and most popular but it isn’t the best. Ethereum however has been working day in and day out to take that top spot.