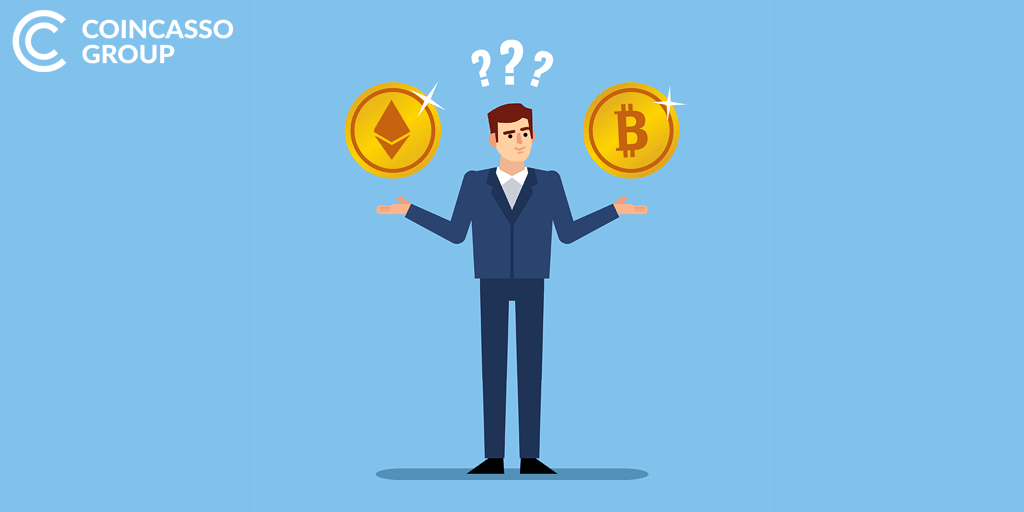 Recently, our team – both at the scene and remotely – was very focused on events happening in Davos. However, it doesn’t mean that we stopped working on improving user experience on our platform. We are continuously developing our holistic project and therefore, our exchange is expecting new changes. One of them is listing of new cryptocurrencies in the upcoming few weeks. Let us recall that Bitcoin (BTC) and Ethereum (ETH) are already available on our exchange. What’s more? Here is the list of new cryptocurrencies on CoinCasso Exchange 1.0:

LTC has faster blocktime than Bitcoin, and transactions are being handled way cheaper. Therefore, Litecoin is a good alternative to Bitcoin when it comes to small transactions, such as buying coffee or a meal in a restaurant.

Investors are very optimistic about the future price of Litecoin.  Smartereum.com predicts its price to increase up to 600 USD by the end of 2019 – at the time when we publish this article, LTC’s price is equal to around 30 USD. One of the reasons are growing prices of Bitcoin’s trading which cause the migration to Litecoin project.

Check out also our full review of Litecoin.

Dash is another fork of Bitcoin protocol. It was launched in January 2014 as XCoin (XCO). Then, its name was rebranded to DarkCoin (DRK), and later, to final name Dash, which stands for “digital cash”.

Dash project is focused on the payment industry. It is based on similar assumptions as Bitcoin, but with more extensive functionality. This cryptocurrency offers an instant payment system – InstantSend and private transactions – PrivateSend. Dash is also one of the first decentralized and autonomous organizations (DAO), which is run by a subset of users called masternodes. Mined coins are distributed between miners (45%), masternodes (45%) and 10% is intended for development of the project (DAO’s fund).

Bitcoin Cash (sometimes called Bcash) is the most well-known Bitcoin’s hard fork. It was created in mid-2017. It is based on the same idea as Bitcoin, i.e., it plays the role of electronic cash.

Why Bitcoin Cash was implemented by a group of developers? A part of them claimed that introducing a larger block and increasing network speed are essential. What’s more, they were emphasizing that Bitcoin became rather an investment speculation than a form of payment. One of the key points were also low transactions’ costs.

What are the differences between Bitcoin and BCH? The confirmation speed is faster than in the case of Bitcoin, and the block is larger – 8 MB.  Bitcoin is based only on mining, and in Bitcoin Cash, making decisions about project activities is based on the principle of consensus between development teams. Bitcoin Cash has also some improvements in comparison to BTC. One of them is DAA, which stands for the Difficulty Adjustment Algorithm.

Ethereum Classic is Ethereum’s fork created in 2016. The reason for the split was the error found in the DAO platform code, the hacker who found it gained access to ETH worth about 60 million dollars. Then, on the voting path, it was decided to carry out a hard fork and withdraw the whole event, as a result of which ETH holders regained their funds. However, some users didn’t agree with such a solution, and decided to support the old blockchain. That’s how a new cryptocurrency was created.

Like Ethereum, ETC is a platform designed for creating Smart Contracts. It takes advantage of Ethereum Virtual Machine, and supports the development of dApps.

Ethereum Classic’s total supply is equal to 210 million ETC, and circulating supply at the time when we publish this article is equal to about 108 million ETC.

What’s more, in the later future we plan to introduce to our exchange Ripple’s token – XRP.

Stay tuned for new articles from our series “Cryptocurrency List” related to the above-mentioned currencies, which are going to appear on our exchange in just few weeks!