JP Morgan: Bitcoin price may decrease to below 1300 USD 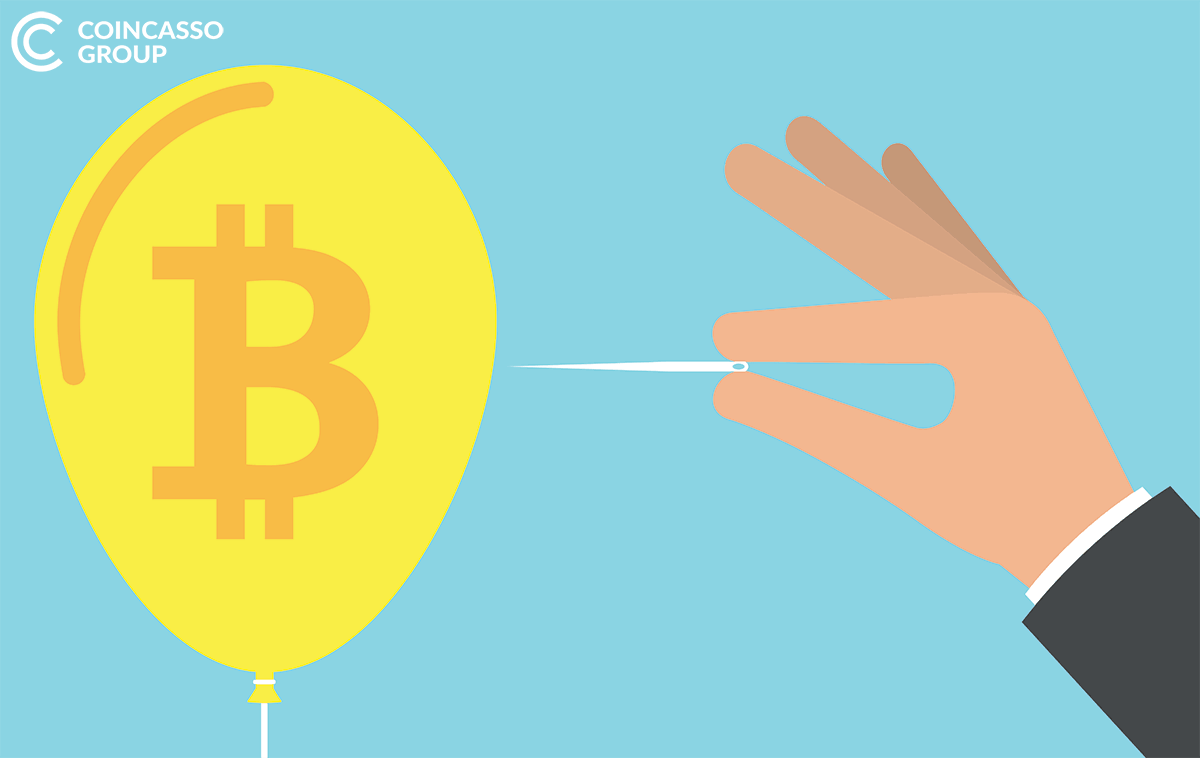 Emotions after the Davos Conference Week are slowly falling. But it’s not everything that happened during last week in the cryptocurrency environment. There are many interesting predictions, some of them state that the cryptocurrency world needs 11 years to recover from last year’s fall and other that soon Bitcoin price may reach less than 1300 USD.  What’s more? Centralized exchanges control the market, the co-founder of Apple sold Bitcoins at a peak point, new TV show about cryptos is coming. Check out the latest news below:

The crypto and blockchain organization TokenInsight presented a new report in which it states that centralized exchanges control the lion’s share of global industry trade volumes. There are 81% centralized exchanges on the trade market, and they handle over 99% of the volume on cryptocurrency exchanges market.

Steve Wozniak sold his Bitcoins at a peak point

Steve Wozniak, a co-founder of Apple, sold his Bitcoins when their price was equal to 20,000 USD. He bought them for about 700 USD.

“When it shot up high, I said I don’t want to be one of those people who watches and watches it and cares about the number. I don’t want that kind of care in my life,” said Wozniak. “Part of my happiness is not to have worries, so I sold it all and just got rid of it.”

According to Reuters, JP Morgan analysts state that banks will not benefit from blockchain for next three to five years and that Bitcoin price may go down to even $1260.

“Even in extreme scenarios such as a recession or financial crises, there are more liquid and less-complicated instruments for transacting, investing and hedging [than cryptocurrencies].”, they reported.

40% of investors: Blockchain may be the biggest innovation since the creation of the Internet

During Davos Conference Week, Global Blockchain Business Council company made research, in which it turned out that 40% of surveyed investors believe that blockchain may revolutionize the world on such a scale like Internet did in 90s.

#Crypto at #Davos: 40% of institutional investors surveyed think #blockchain “could be the most transformative technology since the #internet." Do you agree? If you don’t, let us know what you think is bigger than blockchain? #InstitutionalAdoption #XRP #BTC #ADA

IBM and Aetna about to introduce blockchain into the healthcare industry

Charles Hoskinson, a co-founder of Cardano, states the brave thesis.

“It might take 11 years for us [the crypto industry] to recover back to where we were in 2017, but we will be a dramatically different ecosystem at that point. We’ll have millions, perhaps even billions of users. We will be in many consumer products, be easy to use, [even] grandma can use it. A lot of the hard stuff will have been figured out. Like if somebody dies, how do we get their private keys, how do we handle taxes, all of the regulation will be done.”

Cryptos are assets, not a currency?

“These cryptocurrencies as we know them at the moment are more like assets, not really like currency. As long as we have an influence on the value of this unit of account, so the change of interest rates, the change of the size of the balance sheet, the exchange rate, etc., the power of monetary policy will remain,”.

TV series about cryptos is going to appear soon

The actor Kevin Connolly announced that he is preparing a new TV series with a title “Cryptos”.
The scenario will tell the story about a young start-up, which tries his hand at a blockchain market. The characters of the series want to run an entertainment platform based on cryptocurrencies.

The series titled “Cryptos” is a comedic-drama that follows five 20-something filmmakers as they explore how cryptocurrencies could potentially bankroll their film and TV projects. https://t.co/9VSao8EHnt