How to Acquire Bitcoin Tarkov and Experience EFT Realism 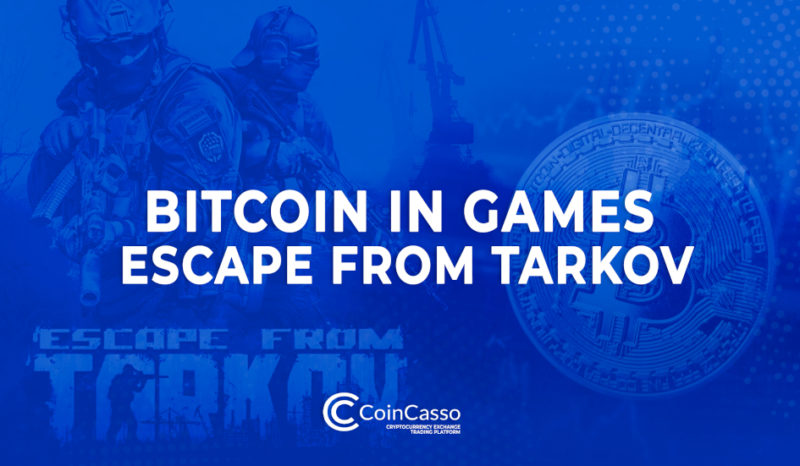 There’s a higher chance that most gaming buffs are also close devotees of bitcoin. And if you’ve been following Escape from Tarkov (EFT) closely, you’ll appreciate Battlestate Games’ move in including bitcoin together with its real-life market value in the raids and hideouts.

Bitcoin tarkov has diversely impacted the EFT economy and the community at large. Apart from your usual currency, Roubles, you’ve got a new way of acquiring weapons. If you aren’t much of a gaming buff and don’t know much about bitcoins in Escape from Tarkov, you’re in for a good read.

What is Escape from tarkov?

If you aren’t familiar with the title, Escape from Tarkov a first-person soldierly realism game with a fierce and thrilling experience for military shoot game buffs. You’ll get to sprawl maps full of Scavs and real people.

EFT offers multiple maps to satisfy various gamers” preferences and different ways to enjoy the play, but building up the Hideouts is one of the game’s objectives. With bigger Hideouts, you get the chance to enjoy multiple perks, including faster healing, unlocking secure containers to safeguard your stuff even after you’re dead.

Usually, when you die in EFT, there’s a higher chance that all the stuff you had acquired will vanish. Hideouts make it possible to get back your stuff provided that other players don’t raid them. They also give you more opportunities to do other things, such as making a bitcoin farm. You’ll mine the in-game type of cryptocurrency even when you aren’t actively playing. 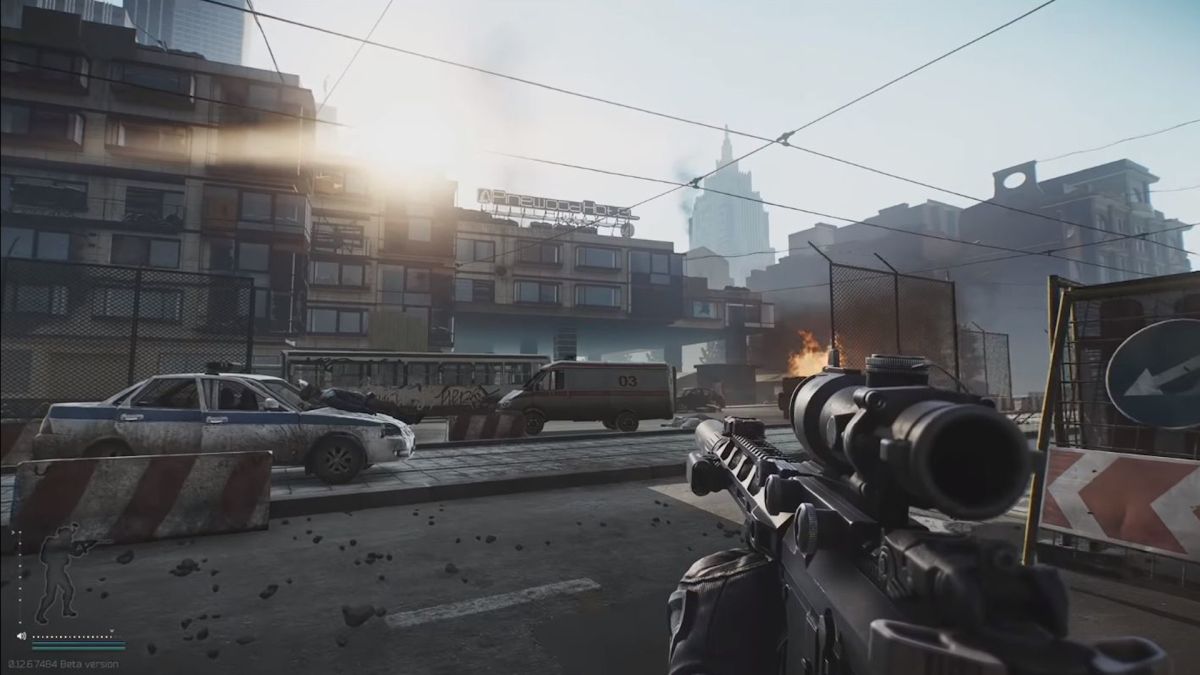 However, you’ll need fuel and a graphics card to power your bitcoin farm, but first, you’ll have to get to this level. Bitcoin farm offers an excellent way of earning passive income in EFT, and the fact that bitcoin tarkov is connected to the actual BTC price makes it even more charming.

That is, depending on the actual cryptocurrency market trends, you can create an asset worth 400,000 Rubles through Bitcoin farm on a bad day. But if the market is great, you stand a chance of securing up to 600,000 Rubles, like when Tesla bought bitcoins worth $1.5B.

Bitcoin (BTC) is a trading item that players and the Therapist use in Escape from Tarkov for purchases and has an almost equivalent value as real bitcoin cryptocurrency. Bitcoin tarkov is used for trading for certain types of armor, weapons, and some items from game traders such as mechanics, Therapists, and many others.

BTC is very rare in EFT, just as it is in the real-life cryptocurrency market. You can conduct multiple runs without coming across even a single coin. Even if you manage to encounter some, they’ll be in very minute quantities. Battlestate Games is credited for its tricks in hiding the bitcoin tarkov from plain sight. If you think you’re a true gaming treasure miner, try finding a bitcoin in EFT! You’ll need to scan every nook and cranny and still not get a single BTC.

How does bitcoin work in EFT?

The Escape from Tarkov has bitcoins available through raids or in Hideouts in Bitcoin Farm.  The value of a bitcoin tarkov is equivalent to 0.2 of the actual bitcoin cryptocurrency. This value is calculated afresh every day and denoted by the amount the Therapist will purchase from the holder. The reason why the Therapist accumulates a lot of bitcoins is a mystery to many, but it’s good not to bother yourself with that and instead be satisfied with Roubles.

To understand the value of physical bitcoin, you should know that the dealer won’t pay for it at a market value. She’ll impose a transaction cost that can range up to 30 percent, which Battlestate Games dictates. This concept came to EFT when the value of bitcoin tarkov was 30 percent less than its real-life value.

Some simple bitcoin value calculations worth noting down is that one bitcoin is equivalent to 800,284 ₽ Roubles. Since bitcoin tarkov is equal to 0.2 real bitcoin, taking 20 percent of 800,284 ₽ will give you 160,056.74 Roubles. When you apply the transaction charge of 9.6 percent, you’ll get that 144,691 Roubles are equal to the in-game bitcoin value. These calculations are valid as of Escape from Tarkov version 0.12.78989, but the idea is the same. Be sure to use the latest EFT figures for your calculations.

Where can you farm bitcoin tarkov?

If finding bitcoin in Escape from tarkov has been an absolute nightmare for you, perhaps you might want to consider where exactly you’re looking for them. The game developer has made a lot of effort to make the game resemble real-life scenarios as much as possible.

Farming physical bitcoin in EFT is made almost as challenging as it is with bitcoin cryptocurrency mining. Are you thinking of an easier way to acquire bitcoin tarkov without a hassle? CoinCasso can help you out!

You can increase your chances of finding bitcoin tarkov by going to EFT’s largest map, Shoreline. The map has many tall structures and buildings, each containing a reasonable number of bitcoins you can mine. Access the buildings’ rooms isn’t a walk in the park, though. You’ll need keys to unlock some of the rooms to access bitcoins.

While Escape from Tarkov has numerous other maps that players can loot, your best chances of finding bitcoin in one run are in Shoreline. The best spot that can elevate your chances even higher is room 310 to the east. Like the rest of the rooms, you’ll need a key to access it. You can get the key by going to the trailer park near the red customs office with an abandoned bus next to it. Get aboard the bus and search for the key there.

After finding the key and accessing room 310, you’ll easily spot BTC placed on the table. Other places you can find bitcoins include room 222 inside a box set on a bathroom door and room 220 in the back right corner inside a box. These rooms have to be accessed using a key as well.  Generally, the east side resort harbors a lot of ideal places you can farm for bitcoin tarkov.

Where Else Can You Get Bitcoin Tarkov?

If you’re not that good at searching for treasures in gaming, there are alternative ways you can use to get bitcoin in EFT. Safes in Escape from Tarkov also act as excellent spots for mining bitcoin since they automatically contain treasures.

For instance, if you visit The Factory on the third floor in the office, you’ll find a safe which is more likely to contain bitcoin. You can also look for bitcoin in Scavs and jacket pockets.

Searching for bitcoin tarkov can be frustrating, especially if you aren’t fond of treasure hunting. Weapon quests present a better way for a Mechanic to find bitcoins in EFT since most quests are rewarded with different currency quantities. 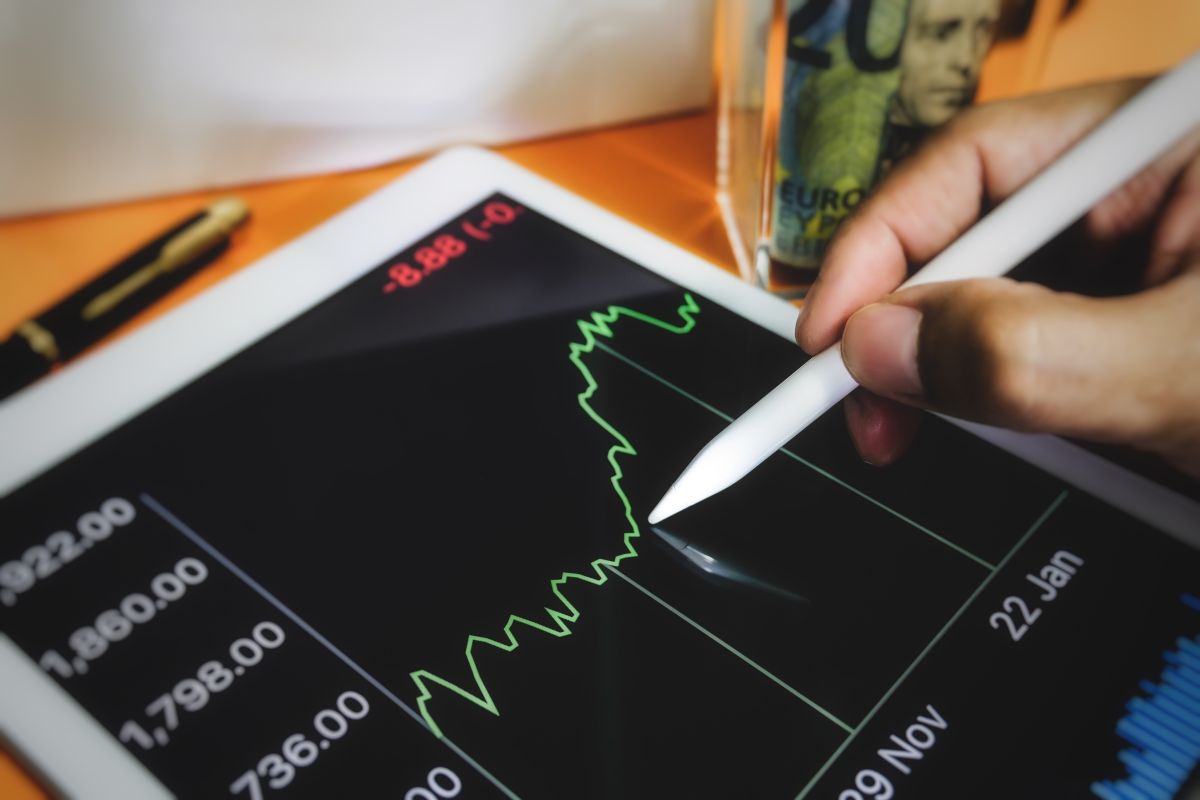 Is the EFT economy Shrinking with the recent bitcoin Plunge?

As of 19th May, the value of bitcoin cryptocurrency had plunged immensely by over 50 percent to the extent of raising concerns among crypto investors. The bitcoin price had dropped from its highest ever price of $64,829 around February.

The developers of Escape from Tarkov have proven their commitment to depicting realism in the game. They’ve done so in not only the gunplay and the maps but also with the economy. The value of bitcoin in EFT is tied to the real world bitcoin value.

Battlestate Games, to make the physical bitcoin value closely relate with the real-life market, decided to lower its value to create an economic balance. This move might trigger those miners with bigger chunks of the cryptocurrency to start selling right away before a further decrease is witnessed.

The EFT developer stated through a tweet that they noted the Therapist had lowered the bitcoin sale by about 15%. They also added that more nerfs are forthcoming, and the price may reduce even further.

Therefore, if you’ve been doing a bitcoin tarkov mining spree on EFT and have stashed them, you ought to have started selling them off before another nerf comes forth.

Can you sell bitcoins in EFT?

If you’ve recently acquired physical bitcoins, you might be wondering if you can sell them to other players. Actually, EFT has a platform known as the Flea Market, where traders can exchange deals. This system operates on an offer basis, enabling merchants to create complex arrangements that others can take part in.

Unfortunately, selling bitcoins on Flea Market was disabled by Battlestate Games to counter the black market problem. This move was executed before the 0.12.7 patch was installed in the third quarter of 2020. The game developer made changes in buying and selling bitcoin tarkov, where traders will have to visit the Therapist to transact.

Should You Save or Sell Bitcoin Tarkov?

A physical bitcoin is a metallic coin such as silver or brass that stores a cryptocurrency private key which gives access to the bitcoin amount purchased. The coin without the private key has a value equal to what somebody might be willing to pay for the metal or plastic.

But if you acquire a physical bitcoin with a private key, you can use it in Escape from Tarkov to get the bitcoins secured by the key. You can then use the bitcoin tarkov to purchase more guns and weapons and make your gaming experience livelier.

Alternatively, you can save the physical bitcoin with private keys safely for as long as you want. When held this way, you’re protected from crypto exchange public hackers who initially created a black market in EFT before Battlestate Games disbanded the selling of bitcoins in Flea Market. If interested in buying physical bitcoin, check out CoinCosso to open a cryptocurrency account and get started right away!