How blockchain will revolutionize the healthcare industry? | CoinCasso Exchange

How blockchain will revolutionize the healthcare industry? 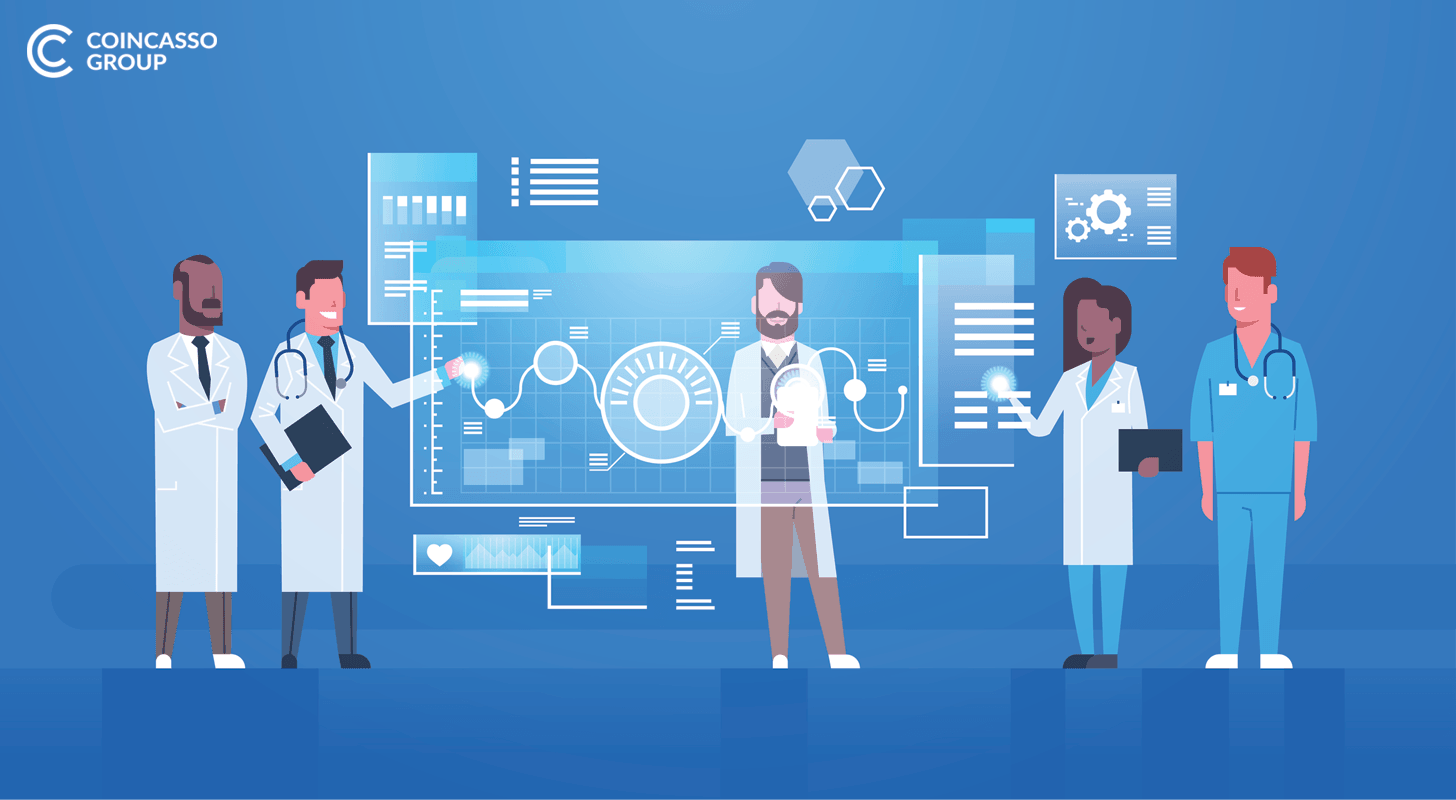 The history of medicine dates back to prehistoric times. Although today its advancement seems to be lying on a high level, XXI century brings new solutions to this crucial, essential for every human being field. These solutions are named artificial intelligence and blockchain. How may blockchain technology revolutionize medicine, and therefore, our lives? Check out the first episode of our series related to blockchain’s influence on various industries!

One of the most advantages of blockchain is the possibility to include hospitals, doctors and patients in one network. It has many benefits. Let’s start with this – imagine that you go abroad, for example from Poland to the USA, and you get injured or ill. What’s more, unfortunately, you get to the hospital unconscious. Let’s assume a black scenario – that the fate of your life is weighing, and every second is crucial.

How fast, in the current situation, an American doctor is able to receive data on the history of your previous diseases and medicines taken to diagnose your serious illness quickly?

Who takes a file of papers with medical documentation abroad? Besides, how should the patient show it to doctors when he lost consciousness?

Blockchain efficiently solves this problem. It enables a global database available for doctors all over the Earth.

AI and blockchain – a revolutionary combination

Tim Draper, a well-known investor from Wall Street goes even further. In his opinion, AI (artificial intelligence) based on blockchain is going to change our lives drastically. In May 2018, during GovTechPioneers conference, he stated that we were standing at the threshold of another industrial revolution in which blockchain will play a huge role. In his opinion, connecting Bitcoin, blockchain, Smart Contracts, and artificial intelligence is going to “create the perfect bureaucracy”. Thanks to the innovative technology, we will be able to keep data related to our health in a network of blocks. On blockchain, this data could be controlled by AI. Something like cyclical research, but without queues in front of a doctor’s office. It could be, for example, DNA or blood data, and if it notices health problems, the system would send a warning itself!

Another advantage of blockchain is its influence on the production of medicine. As a result, access to knowledge about substances tested on living organisms would be available worldwide, which would speed up the creation of new medications.

Already now, companies such as Pfizer, Amgen and Sanofi plan to save clinical trial documentation in the blockchain.

There are already different projects presented to take advantage of blockchain technology for medical purposes. One of them is called TrustedHealth’s platform. It is intended to allow patients to consult doctors, even if the specialist is located at the other end of the world. Access to the data aims also at enabling the consultation of the second doctor for improving the diagnosis. Studies show that in 88% of cases, the opinion of the other doctor has improved health care in a given case. In February 2018, TrustedHealth’s presented its project to the World Health Organization, and it still waits for approval.

#TrustedHealth is a state-of-the-art patient and doctor-centric health ecosystem which enables the patient to reach the best doctor specialist directly for their specific condition#Crowdsale ending in 6days. @_trustedhealth

According to the TrustedHealth’s CEO himself, Greg Jarząbek, the idea to create a platform came from his own experience. According to Jarząbek, access to data is limited, and diagnoses are often misplaced. He experienced it on his own skin when his mother died. As a goal, he set himself to create a product that will enable communication on a global level regardless of geographic and financial limitations for patients.

Over the next two years, the company plans to help patients suffering from twenty different ailments and diseases. 450 specialists will join the platform. The system will be based on the THD token called the common healthy currency.

Will we be witnessing the entry of blockchain technology into the mainstream and revolution in the medical industry in our lifetime? Many signs indicate that this will happen in the near future. But medicine is not the only field in which blockchain will soon start to play a world-changing role. Stay tuned for the next articles from our new series!