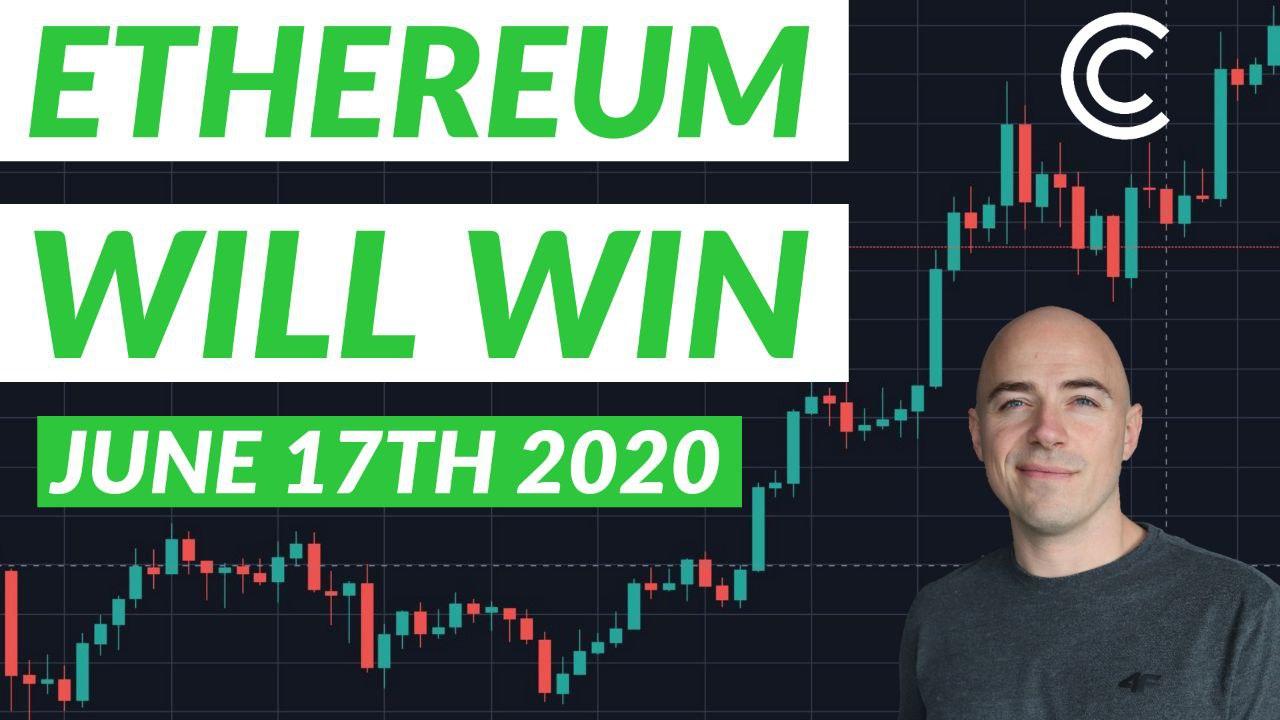 In today’s article we’re going to talk about the stock market rally on a possible stimulus while Bitcoin stays flat and how Ethereum logged its busiest week on record. We also go over the current top crypto currency prices as well as a brief analysis on bitcoin. So sit back relax and enjoy the show.

As always this publication is sponsored by CoinCasso cryptocurrency exchange. So if you’re unsatisfied with your crypto currency exchange, like Coinbase that crashes every single time that the price drops or goes up, consider checking out CoinCasso in the link for a $10 sign up bonus.

Now, let’s take it into the daily chart and see what the indicators are telling us. Looking at the MACD. We are coming back up to that profitable range. So we might be seeing some nice spikes up here pretty soon.

The RSI is sitting right here in the middle. So it’s not over bought. It’s not over sold. This is a very consistent price for Bitcoin. So it might actually just stay here.

So as far as indicators go, there’s nothing saying that it’s going to make any decent moves in the near future. But then again whales could come in and completely wreck the party, so hopefully Bitcoin stays a little bit consistent and we start seeing a nice little upward slope.

Stocks Rally on Possible Stimulus but Bitcoin Is Flat at $9.5K

Stocks are up on fresh government stimulus expectations but when it comes to bitcoin, things are uncertain in the near term.

At 00:00 UTC on Tuesday (8:00 p.m. Monday ET), bitcoin was changing hands around $9,414 on spot exchanges such as Coinbase. It then climbed 2% to as high as $9,591 before sell volumes pushed bitcoin back down. The price is now above the 50-day moving averages but below the 10-day moving average. For technicians, this signals prices are expected to move sideways for a bit.

Side note:
Which is what I just said in my Bitcoin analysis. Looks like I’m smart.

Stocks were the real movers on Tuesday. The possibility of another fresh fiscal stimulus proposal in the United States, to the tune of $1 trillion for infrastructure projects like wireless networks and roads, helped fuel an equities rally. The U.S. S&P 500 index gained 1.9%. Since the start of June, bitcoin has underperformed the equities markets.

This article is touting this as a bad thing, but Bitcoin being coupled with the stock exchanges is a very bad sign for cryptocurrencies. The reason cryptocurrencies were made was to separate themselves from the global economy. Having it decoupled means it’s on its own trajectory and its own path, which means it’s own economy. Very good signs for Bitcoin in my opinion.

It’s costing more to use Ethereum and that may be because more users are flocking to the platform than ever before, according to one key on-chain metric. Analysts say the growth of both transactions and the cost to process them is being driven by an increase in stablecoin usage and DeFi applications.

The seven-day moving average of the total amount of “gas” used in transactions on Ethereum’s blockchain rose to a record high of 61.12 billion on Monday, having surpassed the previous high of 60.07 billion reached in September 2019, according to data provided by the blockchain analytics firm CoinMetrics.

“The increase in gas usage indicates a continuous growth in the use of Ethereum’s platform, as measured by the number of transactions, as well as demand for block space, as measured via gas per transaction,” said Wilson Withiam, research analyst at data provider Messari.

Ethereum’s transaction count recently hit a 27-month high of 938,265 and was up nearly 45% from lows seen in January.

Now if you’re unfamiliar with Ethereum, this is how it works. Ethereum is the blockchain, Ether is the actual cryptocurrency, and GAS is what they use to pay for transactions on the Ethereum Network.

I feel like in the near future Ethereum is going to be a big boy in the game and start to Rally in price very soon. This is going to be the first Global adoption of Cryptocurrencies, and it’s going to be based on applications, defi networks and games.