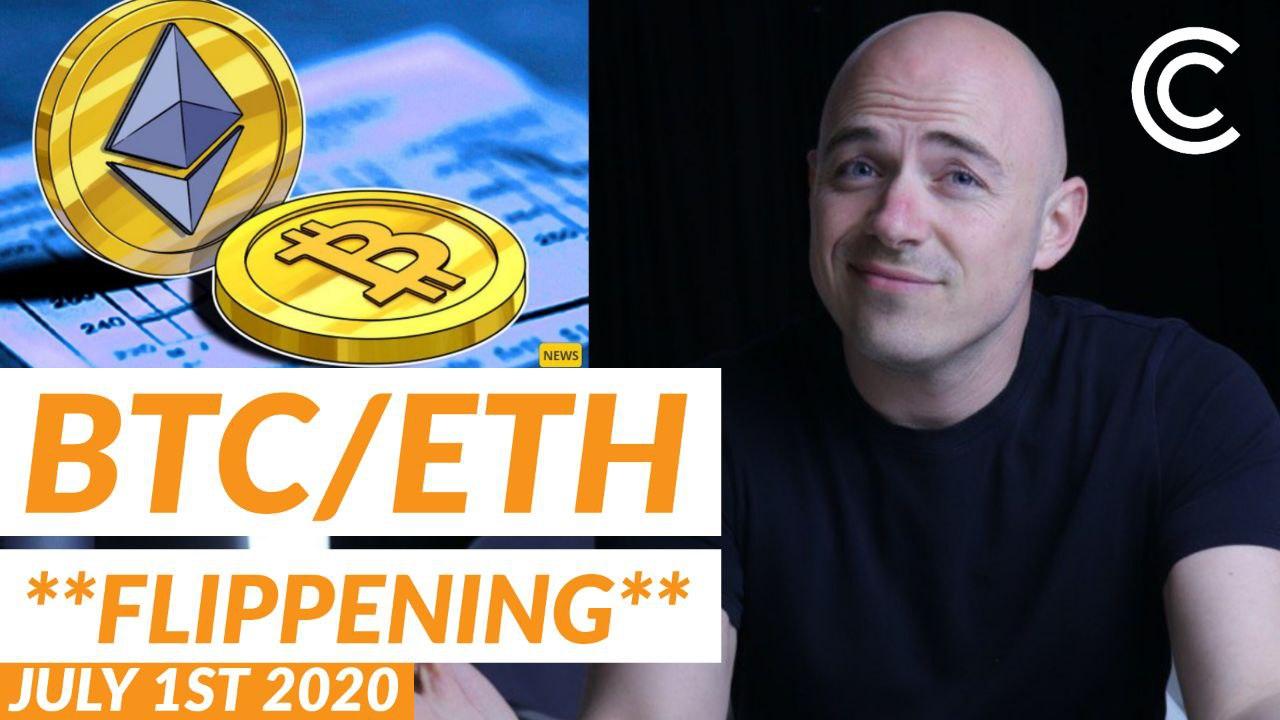 In today’s article we talk about Zimbabwe halting mobile transactions because of their hyperinflation. The crypto Market being eerily quiet while Bitcoin stuck at $9,000, and the ethereum bitcoin flippening… because the Internet is a thing. We also go over the current top cryptocurrency prices as well as a brief analysis on bitcoin to see where the price might go in the future.

Usually when things like this happen, when we get to about 80% of the wedge, which would be right here. We are getting so close to the end of this wedge. There has to be something that happens very very soon. I’m thinking maximum by about July 5th.

Now if I was a Gambling Man, I would say the Bitcoin price might go down because statistically over time it loves price crashes. But I am hopeful, optimistic and bullish on the price of Bitcoin and I really hope we do end up breaking that $10,500 barrier because once we get through that the sky’s the limit… or $14,000 is the limit, that’s just my prediction. 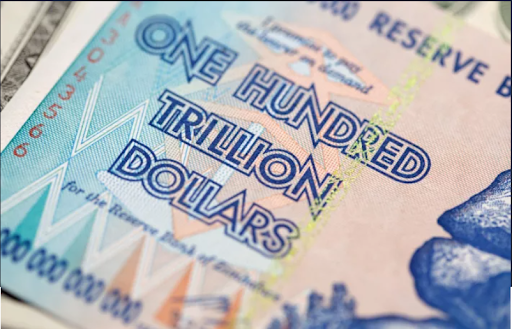 Zimbabwe’s central bank, seeking to block attempts to avoid the country’s hyperinflation, halted all transactions conducted by “mobile money agents” this week, and limited payment sizes through other processors.
This impacts potentially up to 85% of all transactions.

Residents with money stored in one of these mobile providers will need to visit a local bank to withdraw their funds.

In a statement, the Reserve Bank of Zimbabwe said the move is necessary to “Protect consumers on mobile money platforms which have been abused by unscrupulous and nonpartisan individuals and entities to create instability and inefficiencies in the economy.” 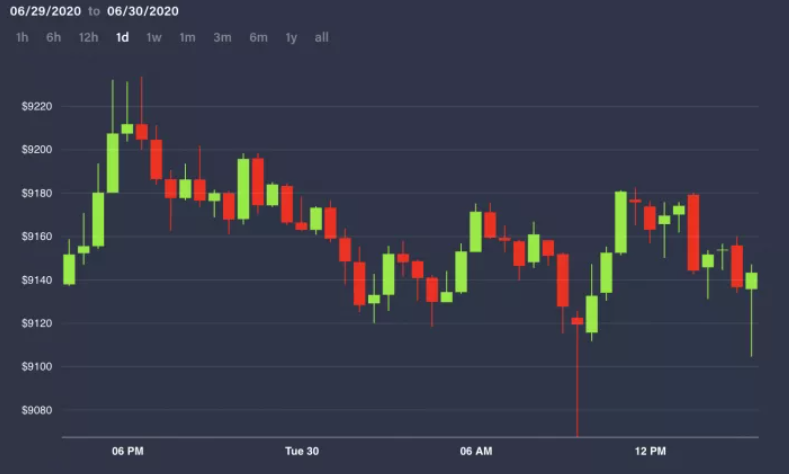 Quiet is the best word to describe the bitcoin market. Tuesday’s trading stayed within the same price range maintained over the past several weeks, with bitcoin remaining inside a tight $200 range for much of the day.

Bitcoin stays in a tight range above $9,000
Ether up less than 1%
Bitcoin volatility continues to drop
Market in “wait and see” phase 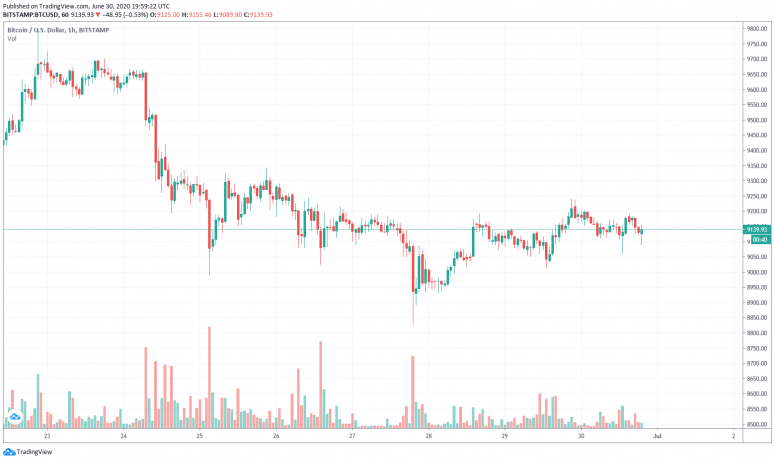 Ether, the second-largest cryptocurrency by market capitalization, dropped 1.2% from its Tuesday open, trading around $225 as of 20:00 UTC (4 p.m. ET), according to Bitstamp.

Some traders are growing tired of this range as expectations for a breakout in either direction are crushed. “Every breakout in the last six weeks has revealed to be a false one, taking many traders to the woodshed in just a few hours,” said David Lifchitz, partner at quantitative trading firm ExoAlpha.

Even liquidated contracts on BitMEX, the largest bitcoin derivatives exchange by open interest, show how stagnant bitcoin’s price action has become. Total daily liquidations on the exchange have not passed even $4 million for three consecutive days, according to Skew. 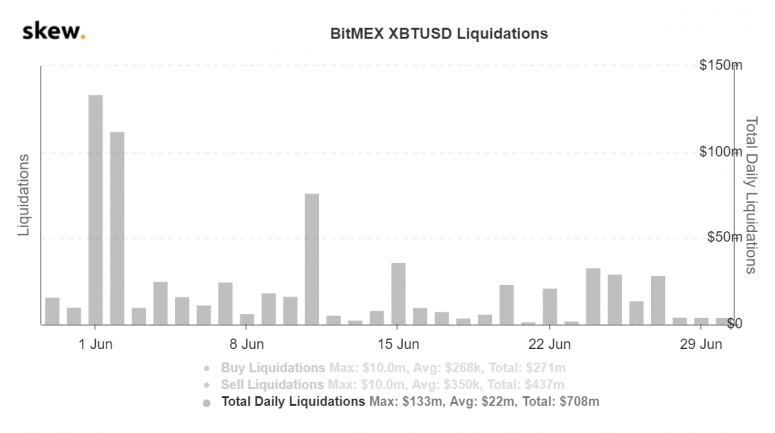 Traders are getting “mixed messages” from the bitcoin markets, Denis Vinokourov, head of research at prime broker Bequant, told CoinDesk. “On the one hand, the futures curve is in contango (upward sloping), which is indicative of leverage interest. But, yet at the same time, the options market continues to point to downside price protection demand, with front-end (shorter-dated one-month [expirations]) skew much higher relative to the rest of the curve and also when compared to Ethereum,” said Vinokourov.

As its price stands still, bitcoin’s volatility plummets. Its 30-day volatility, for example, is reaching its lowest level since late February, according to Coin Metrics. 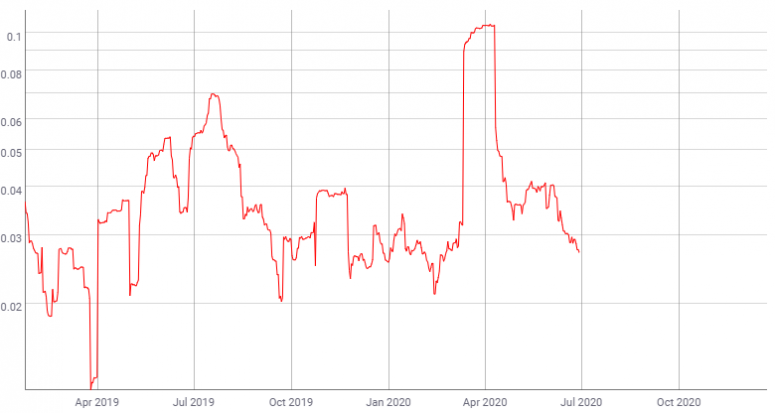 When bitcoin will finally pick a direction – up or down – for a new trend is anyone’s guess. “We’re still in a ‘wait-and-see’ phase,” Lifchitz told CoinDesk. The market, he added is “definitely in need of a catalyst to break above $10,000 on heavy volume or below $8,000.”

If the price drops, however, some traders expect bulls to capitalize on the opportunity and buy more. “Dip buyers,” a name for investors who increase their position sizes when an asset price declines, will “aggressively” buy any substantial drops in the bitcoin price, said Alistair Milne, chief investment officer at Altana Digital Currency Fund.

Taking to Twitter, Milne said traders are “still underestimating” the amount of bitcoin that has been accumulated and removed from the market by long-term, often ideological investors. The exact amount of bitcoins held off the market is roughly 73%, according to Glassnode. Also taking to Twitter, CTO Rafael Schultze-Kraft noted that approximately 13.5 million bitcoins have not moved since the start of 2020, signally bitcoin investors’ commitment to hold through an uncertain market.

The ETH/BTC ‘Flippening’ Is 53% Complete According to New Index 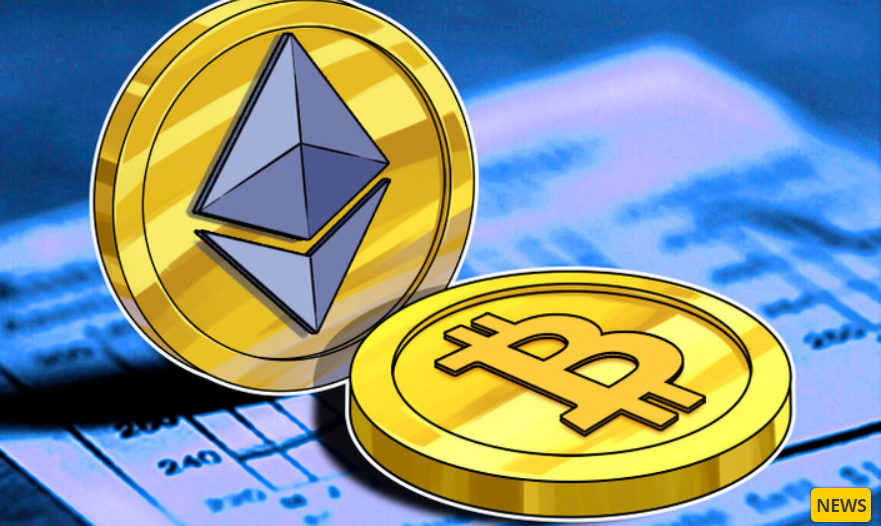 A new metric from German site The Blockchain Center suggests that the long awaited ‘flippening’ — where Ethereum overtakes Bitcoin — is more than halfway complete.

The newly created ‘Flippening Index’ currently stands at 53.3%. Backtested, it shows this is the first time the index has topped 50% in 18 months — the highest point since March 2019 when it was around 56.2%.

Of course, this latest version of ‘the flippening’ has completely altered the traditional definition. It originally referred to Ether’s market cap relative to Bitcoin, but given Ether is currently at just 14.9% of Bitcoin’s market cap, it still has quite the mountain to climb. 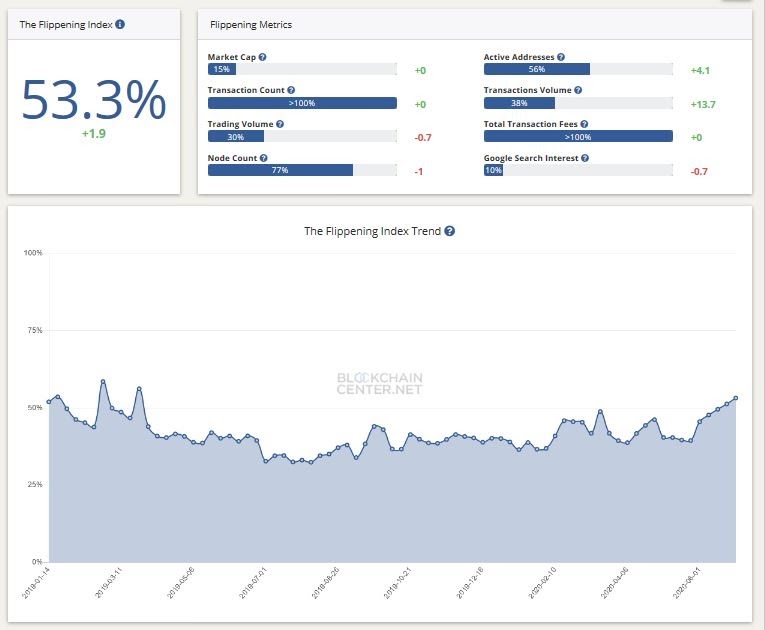 The Flippening Index (which shares some features with the now defunct Flippening Watch) is designed to be a more thorough comparison, weighting the average of eight other indicators to hopefully provide a better overall metric of the use of and interest in the two blockchain networks. The site says:

“The term Flippening refers to the possibility of Ethereum (ETH) overtaking Bitcoin (BTC) as the biggest cryptocurrency. Initially it described the hypothetical moment in the future when Ethereum overtakes Bitcoin by market cap. This tool takes that concept a step further and looks at the long term trend of eight different metrics, that show the status of both networks.”

On Reddit, the Blockchain Center’s Holger Rohm who designed the metric, explained why he’d simply weighted all the metrics:

“I thought about weighing market cap twice, since that’s what it was all about initially, but how should I weigh without it being arbitrary?”
Ethereum leads on two and a bit indicators

Ethereum leads on just two of the eight indicators — transaction count and transaction fees. While it lags behind Bitcoin with 37.8% of BTC’s dollar-denominated transaction volume, the site notes that Ethereum would be “way ahead” if the metric included the value of ERC-20 tokens and stablecoins transferred on the network.

Ethereum has 56.4% of Bitcoin’s active addresses, just under one third of the exchange trading volume, and only 10.4% as many Google searches compared to Bitcoin.

Ethereum does have two-thirds as many nodes as Bitcoin — which excited at least one member of the Ethereum subreddit. ‘Sudden’ Mind said node count is something “we can flip today! Seriously we just need a couple thousand people more to run a node. Let’s get a campaign started!”