What is a Dapp (decentralized application)? | CoinCasso Exchange

What is a Dapp (decentralized application)? 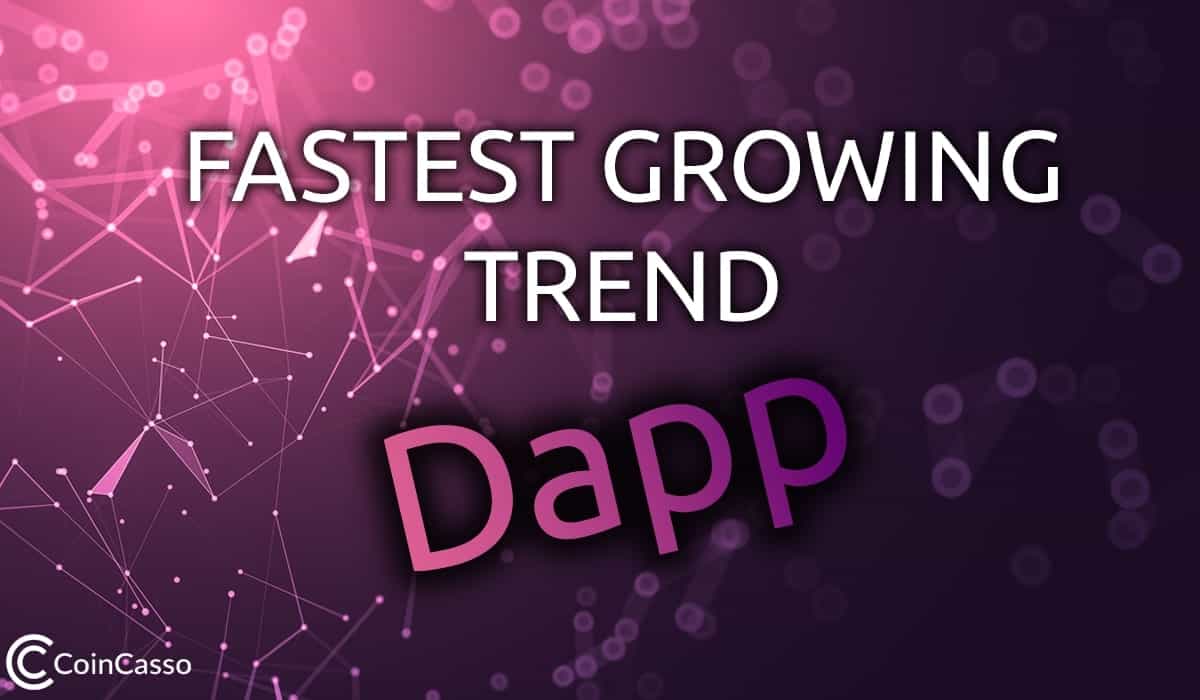 What is Dapp cryptocurrency?

Decentralized applications (Dapps) are closely related to cryptocurrencies, using the blockchain network. What are the differences between Dapp and a traditional application?
In connection that Dapp are applications which are based on blockchain technology, they must have a certain set of features:
• open-source – the source code of the application is visible and available for everyone,
• decentralized – use blockchain technology,
• has an incentive system – dApps has its own, internal economic system based on tokens,
• has an algorithm or protocol – generates tokens and has a built-in consensus mechanism.

Traditional, centralized applications are controlled on a single server. That makes applications more exposed to hacker attacks and have one point of failure. Every Dapp is based on its own backend code (smart contract). Thanks to blockchain Dapps working faster and are definitely more safe.

When you look upon all the features that have Dapp it can be considered that the first decentralized application was Bitcoin (BTC), actually we can say that Bitcoin is Dapp with its own blockchain. Of course, the first cryptocurrency had a big influence on the development of Dapps, but the next cryptocurrency, Ethereum played a much greater role.

How do decentralized applications (dApps) work?

Dapps are digital applications which exist and run on the blockchain or peer to peer network. Dapp technology allows users to direct contact between suppliers and buyers. Thanks to the lack of centralized servers information and funds are going directly to the recipient, with no intermediates and hence, no extra transaction fees.

Also, using Dapps make you more secure about your data, which is hosted on decentralized storage. Smart contracts that are used in Dapps works like traditional legal contracts, so if the conditions included in the digital document are met, the transaction is done.

What are dApps used for?

Dapp can run on the open-source peer to peer or blockchain network. Mostly, because of the high security and quick transactions the best field, where Dapps can be used is finance. Without personal data required they offer the likes of lending, borrowing, earning interest, and private payments. The most popular app is Maker (MKR), based on the Ethereum network which aims to provide access to digital tokens acting like stable coins to fiat currencies and other assets.

But more and more applications based on smart contracts appear. One of the newest is CoinsLoot, a world-first combination of cryptocurrency and loot boxes based on blockchain technology. One of the reasons why CoinsLoot was created is to increase the adoption of cryptocurrencies among the new users, and also is the first world platform which gives the opportunity of getting real – world items. CoinsLoot launched their own native LOOT token based on the trust Ethereum ERC-20 protocol, which will be available during the official ICO of the project. Information about the upcoming ICO you can find here.

Of course, financial use is not the only one area where Dapps are used. Many Dapps are used as gaming apps. The benefits of using blockchain are also used in gambling, where thanks to fast services and using cryptocurrencies players are able to transmit and receive really fast transactions.

What are the benefits of dApp?

As we already said what is a dpp we can focus on benefits which is giving us. Decentralized application (Dapp) is very similar to the traditional app, but there are few benefits resulting from the use of open source and smart contracts as removal transaction fees, in traditional apps fees can be very oppressive. The next advantage of Dapps is that users can retain and control the data and hence, there is no server that can be hacked.In the decentralized system, there is no central authority so every decision and transaction need to be approved by someone on the network.

Finally, thanks to Dapps and blockchain technology, we now have access to DeFi, a new financial ecosystem devoid of third party control. DeFi runs on trusted, distributed networks, thus allowing anyone to access a wide range of financial products and services from any location in the world. It means people will face far fewer barriers to accessing and using financial services compared to traditional systems.

How do you make dApp?

If you are interested in building your own Dapp with own blockchain, you will find many tutorials on the Internet how to do it step by step. Now we will discuss the most important issues that you should consider when building your own app.

First, before building an app, you should carefully consider what needs and clients it should meet. There is no point in creating a financial project that already exists, because in the world of blockchain and cryptocurrencies, the only chance to achieve success and profits is to create something new, so be sure to do a detailed research.

The next decision you have to make is deciding what type of app you want to make. There are 3 types of dApp:
Type 1: Dapps which have their own blockchain.
Type 2: Dapps which use Type 1 Dapps to function: these dApps are protocols and must have tokens to function.
Type 3: Dapps which use the protocols of type 2 dApps, but are also protocols that issue and require tokens.
After that, you need to choose your network (probably the most safe and easy is Ethereum network), then you choose a node and connect it with the network, create a smart contract, deploy it and at the last, you can develop your Dapp.

Does Dapps have a future?

There are many fields of use for Dapp. You may find a lot of interesting apps on the Ethereum network. The future of Dapps is related to the world of cryptocurrencies, which the whole concept comes from. Dapps are working not only on Ethereum. There are a few blockchains on which decentralized applications work successfully and do great. They include EOS, Tron, Steem and a few smaller ones. The Dapp and DeFi market is still developing, so it is worth watching new projects, such as our partner CoinsLoot.

If you want to be up to date with CoinsLoot platform, feel invited to check out official website of the application.