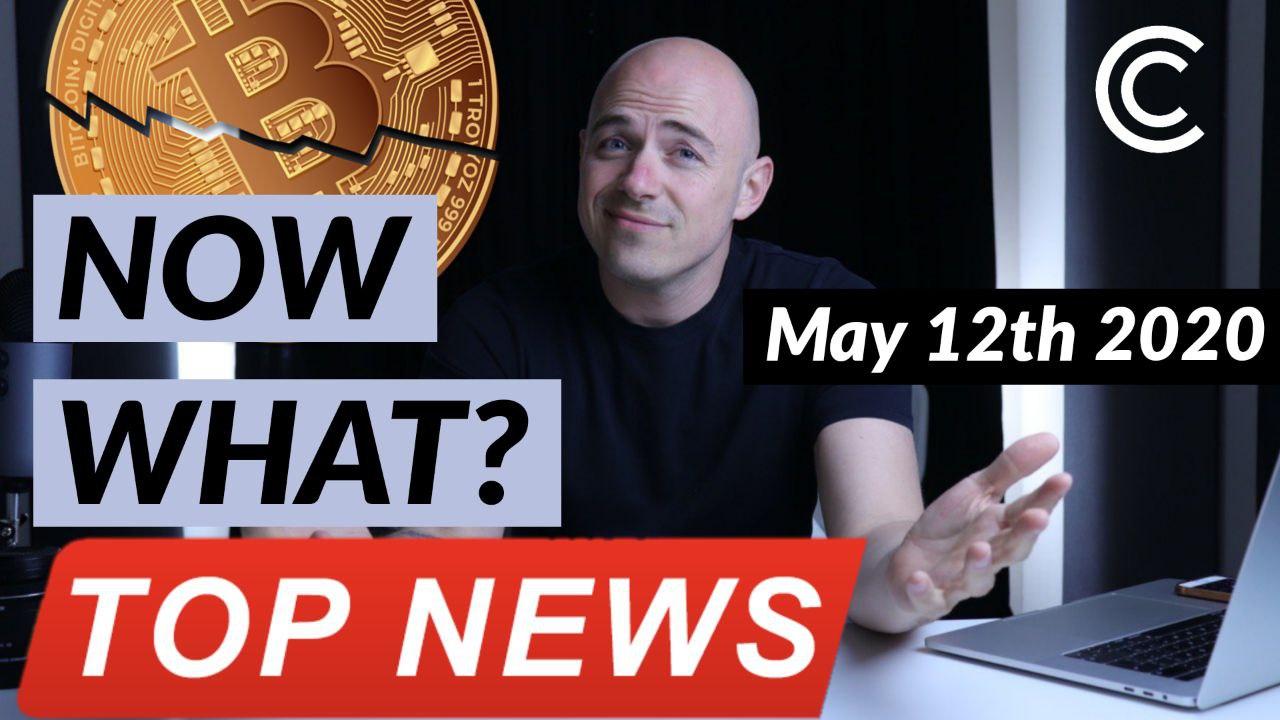 Bitcoin’s third halving, the network’s quadrennial landmark and the most anticipated event this year in the cryptocurrency industry, has finally happened. 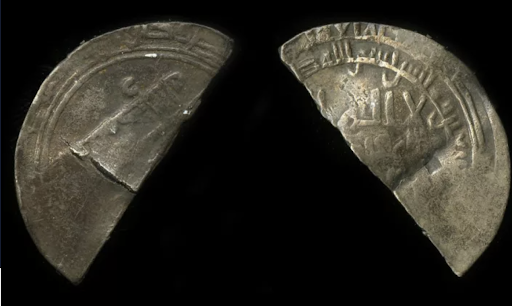 Miners racing on the network to compete for freshly minted bitcoin produced the 630,000th block at 19:23 UTC on May 11, which triggered the programmed halving event, marking another milestone in the currency’s 11-year history.

The first block in the new 6.25-bitcoin-per-block mining cycle was mined and relayed by China-based Antpool, the fourth-largest mining pool by total computing power.

The immediate implication after halving is that the newly minted bitcoin in a day will fall from 1,800 to 900 units. That would also mean mining operators will see their daily total revenue – at bitcoin’s current price of $8600 – reduced from $15 million to $8 million.

As such, it has been expected the computing power connected to the Bitcoin network will fall significantly after the halving as the revenue decrease will squeeze out those miner operators who lack efficient resources to cut their electricity costs.

However, it remains to be seen how that will play out after the halving. Currently, the average Bitcoin total computing power over the last seven days since the previous mining difficulty adjustment has hit a new all-time high of 121 exahashes per second (EH/s), beating the previous record of 118 EH/s.

I’m going to follow Bitcoin mining very closely over the next week because I’d like to see how many mining Farms actually closed down because they are no longer profitable. Many of the larger Farms have actually anticipated this and have gone to different forms of energy consumption including solar, but I think the most interesting point is that every single day before this halving there were 1800 Coins released onto the market every single day. Now. there’s only going to be 900. Obviously there’s still going to be buying and selling of people that already have Bitcoins, but the new Bitcoins injected into the market is going to be cut in half. Dramatically reducing the supply.

So I’d like to see what happens over the next few months and I think that Bitcoin is actually going to start rising up due to the lack of supply and the increase in demand.

Where Does Bitcoin Go After the Halving?

At the time it took place (19:23 UTC or 3:30 p.m. ET), bitcoin was trading below its 10-day and 50-day moving averages, bearish technical indicators after a huge 10% drop in price on May 10 at 00:00 UTC. This was triggered by an outage striking San Francisco-based exchange Coinbase.

Traders are anticipating unpredictability in bitcoin’s price for the short term, and therefore volatility is expected.

We don’t have a big sample size of past halvings, but they generally have a positive impact on sentiment after a short-term period of volatility.

The anticipation of the halving has contributed to the outperformance by bitcoin over the past few weeks, and that a breakout greater than $10,055 is likely to unfold after a few weeks of choppiness triggered by today’s gap.

Now if you watched my previous video on my Bitcoin price analysis, you heard me talking about the Bull and Bear runs with a slight correction afterwards followed by the subsequent Bull and Bear run. Right now, over the next week, we should see some choppiness, but then a nice upwards gain.

That’s my prediction and it could be completely wrong. But I’m optimistic about where the price of Bitcoin is going to go after this halving.

Bitcoin fell sharply on Sunday, triggering the highest long-short liquidations on crypto derivatives exchange BitMEX for the past two months. 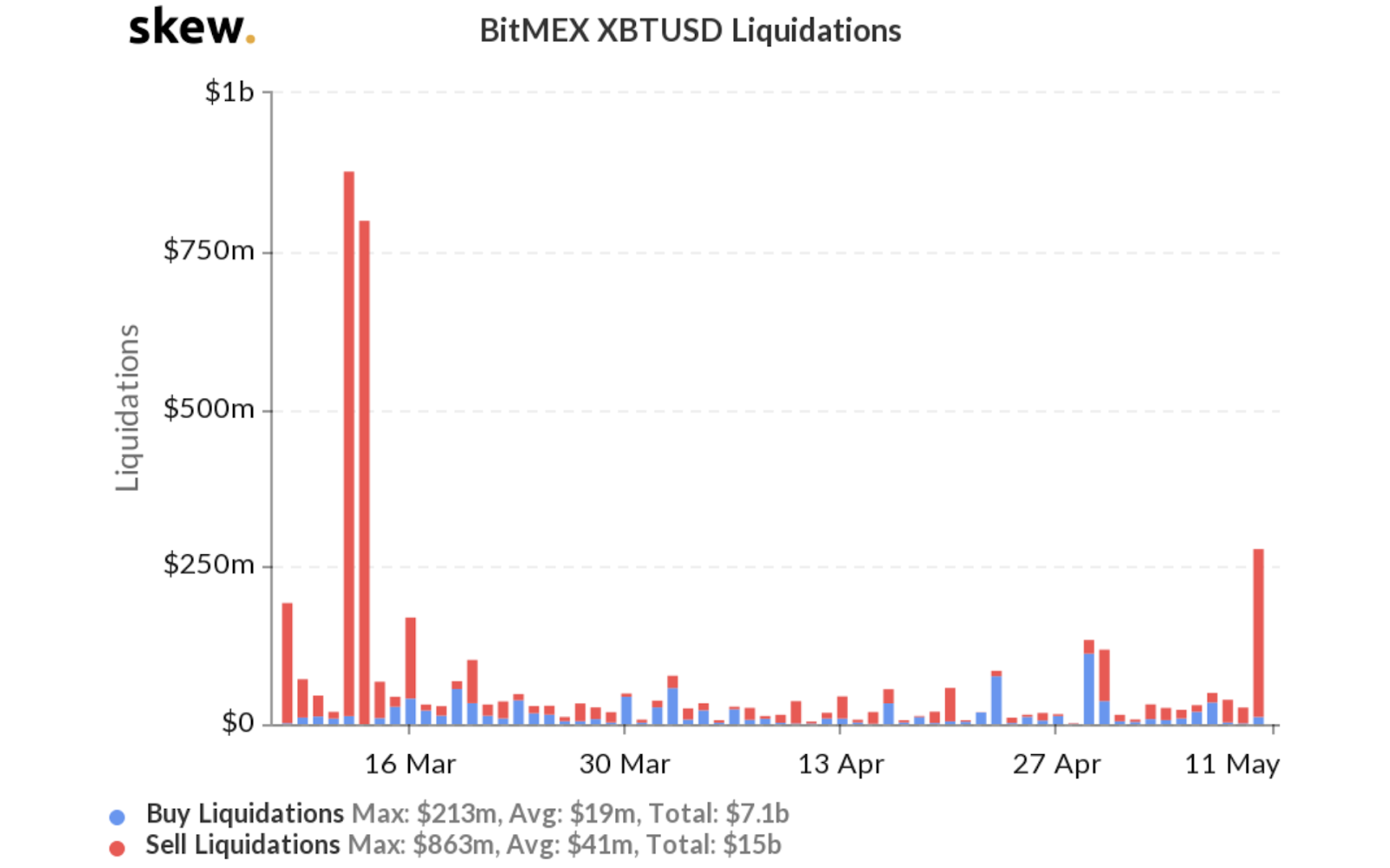 The top crypto by market cap fell by over 8.5% – its biggest single-day drop since March 12, when prices crashed nearly 40%, according to CoinDesk’s Bitcoin Price Index. The decline could have been much bigger had prices remained at the session low of $8,100, hit in the early Asian trading day, instead of recovering to $8,731 by UTC close.

The cryptocurrency fell from $9,560 to $8,100 between 00:00 and 01:00 UTC, catching most traders off guard and forcing as much as $278 million worth of futures liquidations on BitMEX. That’s the highest amount since March 13, according to crypto derivatives research firm Skew, when the daily total value of long-short positions hit well over $700 million.

Bitcoin was already overdue for a pullback. Technical indicators began signaling that the asset was overbought last Friday when as many as 85% of all wallet addresses holding bitcoin halving already made a return on their investments ahead of the halving event.

However, most observers were optimistic a temporary price drop, if any, would be seen after the halving. Also, traders were hedged against the risk of potential price pullback, as evidenced by the uptick in demand for put options over the past few weeks.

The pullback, however, has come early and could be extended further to $7,000.

There is room for prices to go higher as leverage seems to have come out of the market,” he told CoinDesk, “in the short term we believe US$10,000 is a psychologically important level for Bitcoin. If we can sustain a price over 10,000, we will see increased confidence in the market.

Like I’ve been saying, this $10,000 Mark is a huge important level with Bitcoin. We saw $10,000 and it got rejected and dropped back down substantially. If we pass that threshold and trade above the $10,000 Mark for any amount of time. I don’t see why $12,000 isn’t a high possibility in the near future.

I think that’s going to be a huge rejection point. And it will drop back down, but it will not fall below $10,000. So if you’re planning on day trading that might be a nice range to keep an eye out for but always do your own research and invest your own money at your own risk.