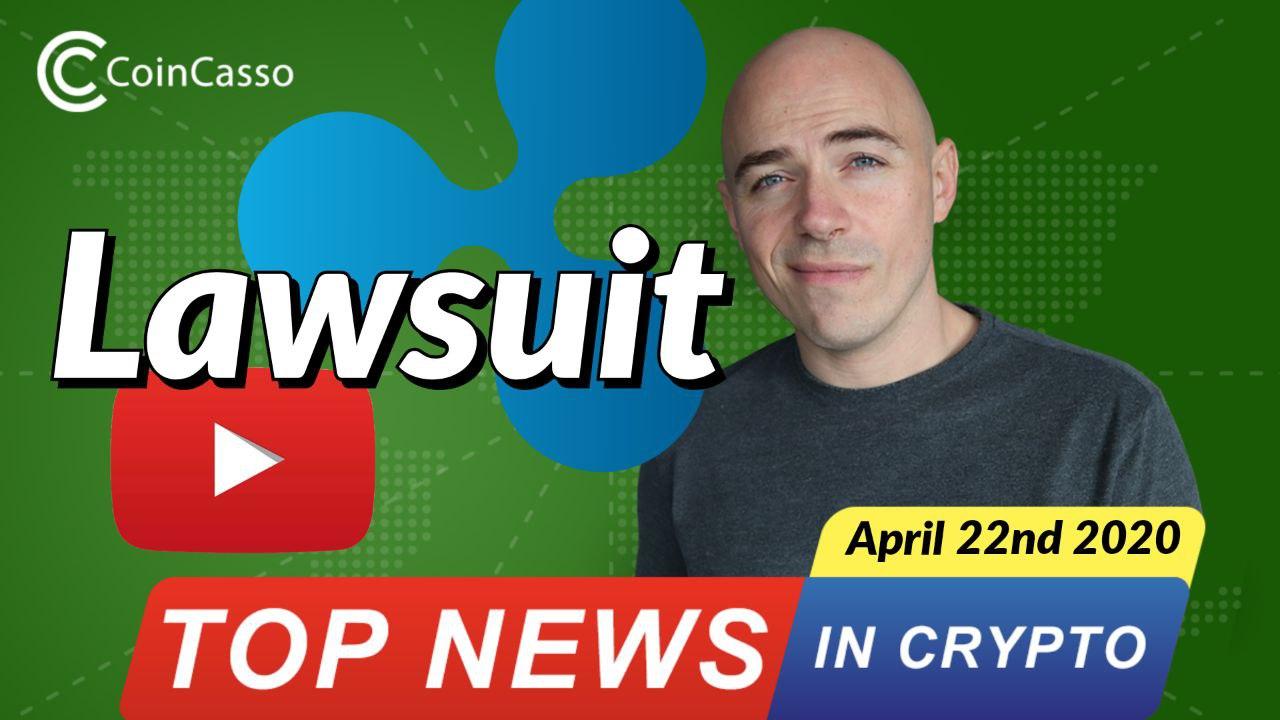 The hacker that drained $25 million in cryptocurrency from decentralized finance protocol dForce over the weekend has sent back almost all the stolen assets.
According to data visible on the Ethereum blockchain, multiple transactions were initiated from 6:00 UTC on Tuesday from an address labelled “Lendf.Me Hack” to the admin address for the Lendf.Me project.

The transactions included some extremely large amounts, such as one for 57,992 ether (ETH), the native cryptocurrency of the Ethereum blockchain – an amount worth around $10 million at press time.

Additional transactions involved various U.S. dollar-linked stablecoins – such as USDT, BUSD, TUSD, DAI, USDC, HUSD and PAX – totaling nearly $10 million.
Further, a total of 581 units of WBTC, HBTC and imBTC – ethereum tokens that peg to bitcoin as an underlying collateral – have also been returned. The sum of these is worth around $4 million at bitcoin’s current price.

Curiously, the hacker did not return exactly the same balance of assets as were stolen, but returned some of the value in other types of tokens. All told, however, they handed back crypto assets worth roughly $24 million as of press time.

This is amazing. I like hackers that don’t do things maliciously. They just showed an inconsistency in the dForce protocol, took advantage of it to show this company that their system was broken, stole all that money, then gave it back but took his finder’s fee for finding the broken protocol and kept a million dollars. The company gets to stay intact. He gets compensated for his work and all of their users get their money back.

If you remember, I talked about this topic yesterday, oil prices were actually in the negative. These companies were actually paying people forty dollars to take a barrel of oil off their hands. Subsequently we saw a huge dip in the market as well as the crypto currency markets. US oil Futures price turned negative Monday for the first time ever. 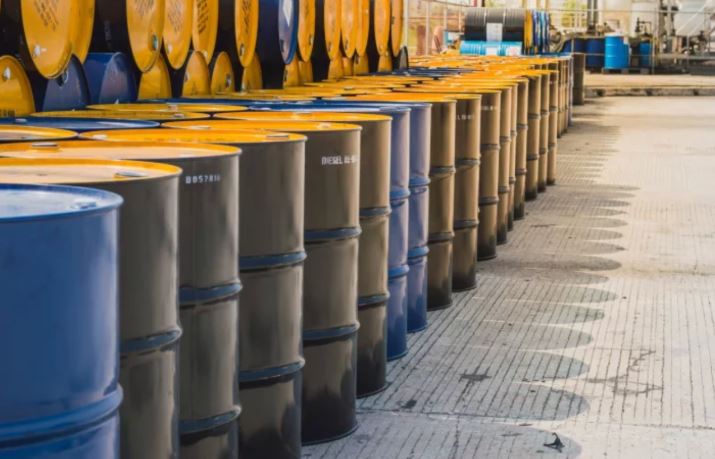 Is it good or is it bad for Bitcoin? The coronavirus pandemic has so completely upended the global economy that energy demands have fallen off a cliff. People are barely driving and people are barely flying. The imbalance came to head this week. As oil storage tanks started to fill up, forcing traders to pay extra to get rid of their delivery obligations resulting in negative prices. Oil future contracts on West Texas intermediate crude, which expired Tuesday tumbled to -$37 per barrel from a positive price of about 30 on Friday.

The June contract slid 15 percent to about twenty one dollars a barrel leaving the Black Gold down more than 60 percent in 2020. Subsequently Bitcoin slid 3.5% on Monday to about $6900 a pretty tepid reaction for the notoriously volatile crypto currency markets. It really seems to me like Bitcoin is becoming more stable and seeing how it’s moved in the last 24 hours. Only a margin of a hundred dollars is very small. I think after this crisis is over and we see a huge spike in Bitcoin. It will stay stable for quite a long time and steadily climb just like standard markets. So in my opinion the volatility of cryptocurrencies may be coming to an end.

Ripple labs and CEO Brad Garlinhouse are suing YouTube over allegations the video streaming giant has failed to police its platform against fake xrp giveaway scams, resulting in monetary damage to users and reputational harm to Ripple. 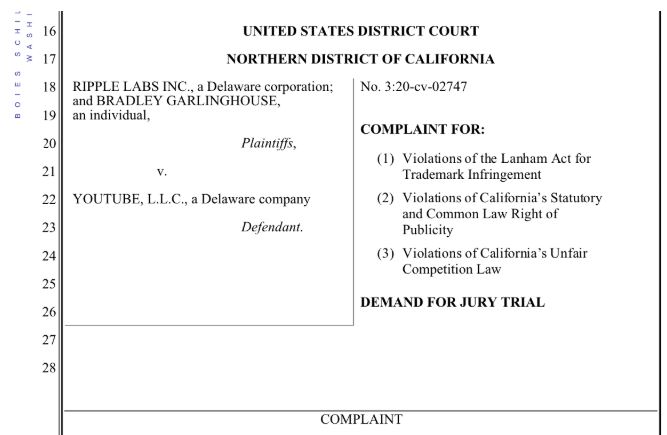 Ripples lawsuit centers around xrp giveaway scams that rely on hijacked accounts and other means to fool victims into believing that they sent some amount of xrp they will receive a greater amount in return across the industry. Social media companies have failed to police their platforms from being abused by the entirely preventable imposter giveaway scams. hundreds of people including some of you have been hurt, yet big tech companies continue to drag their feet according to the suit. Ripple alleges the scammers have successfully defrauded millions of xrp valued at hundreds of thousands of dollars out of victims.

It cited at least one instance where a scammer apparently received $15,000 in xrp from Victim. Ripple has repeatedly demanded that youtube take action to stop the scam and prevent future harm yet YouTube refuses even when the same scheme is replicated time and time again on its platform.

YouTube’s response has been woefully inadequate and incomplete as a result Ripple and Mr. Garlinhouse continue to suffer substantial reputational harm.

So if you want to read this article at the bottom is a 22-page lawsuit from the United States District Court of all of the allegations and the entire complaint.