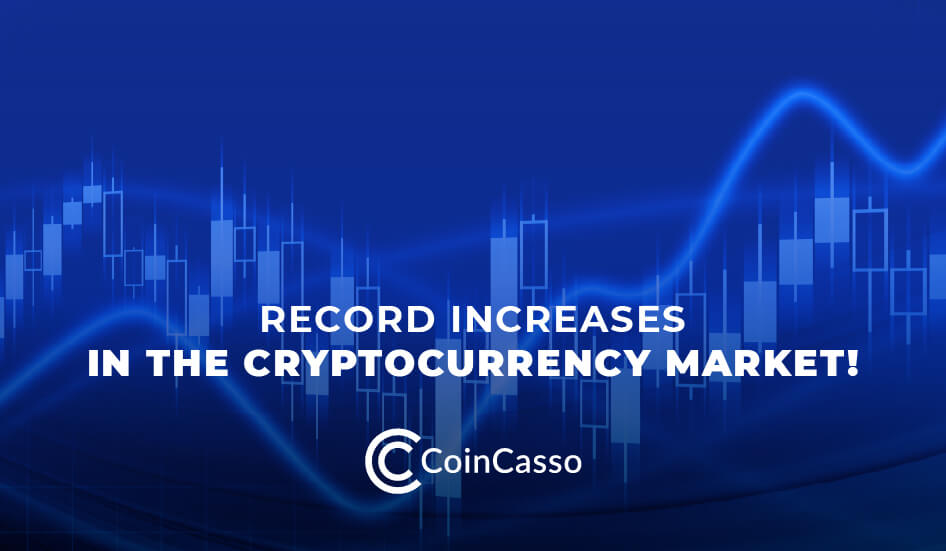 The new week on the cryptocurrency market is successful for the holders. The two biggest cryptocurrencies hit record prices! Is the upward rally likely to be continued?

Analyst PlanB, known Twitter and accurate forecasts behavior in the cryptocurrency market, believes that BTC has a chance for further record gains. Moreover, he considers BTC to be the best investment (better than real estate and gold).

PlanB in an interview with Anthony Pompliano informed that there is a possibility of a 700% increase in BTC prices at the end of the first quarter of 2022. He supports his thesis with various models.

Not only PlanB believes that BTC has a chance for further increases. Many analysts from the crypto world are of a similar opinion. They believe that only a drop below $60,000 could break the bull market and start a bear market.

In the cryptocurrency market, we can see a race between the two main cryptocurrencies, Bitcoin and Ethereum. Since the beginning of October, we have been observing steady increases of two giants (of course with slight decreases, but the trend is up).

Many people speculate whether Bitcoin will be the first to hit $70,000 or Ethereum $5,000. What do you think? Let me know in the comment on our social media!

In recent weeks, not only Bitcoin and Ethreum have started their rally. The same is the case with Binance Coin, Solana, Polkadot, Terra, Litecoin or Chainlink and other cryptocurrencies. According to many forecasts of cryptocurrency prices, we will face historical increases. So open an account on CoinCasso and buy some cryptocurrencies. Profits may surprise you!