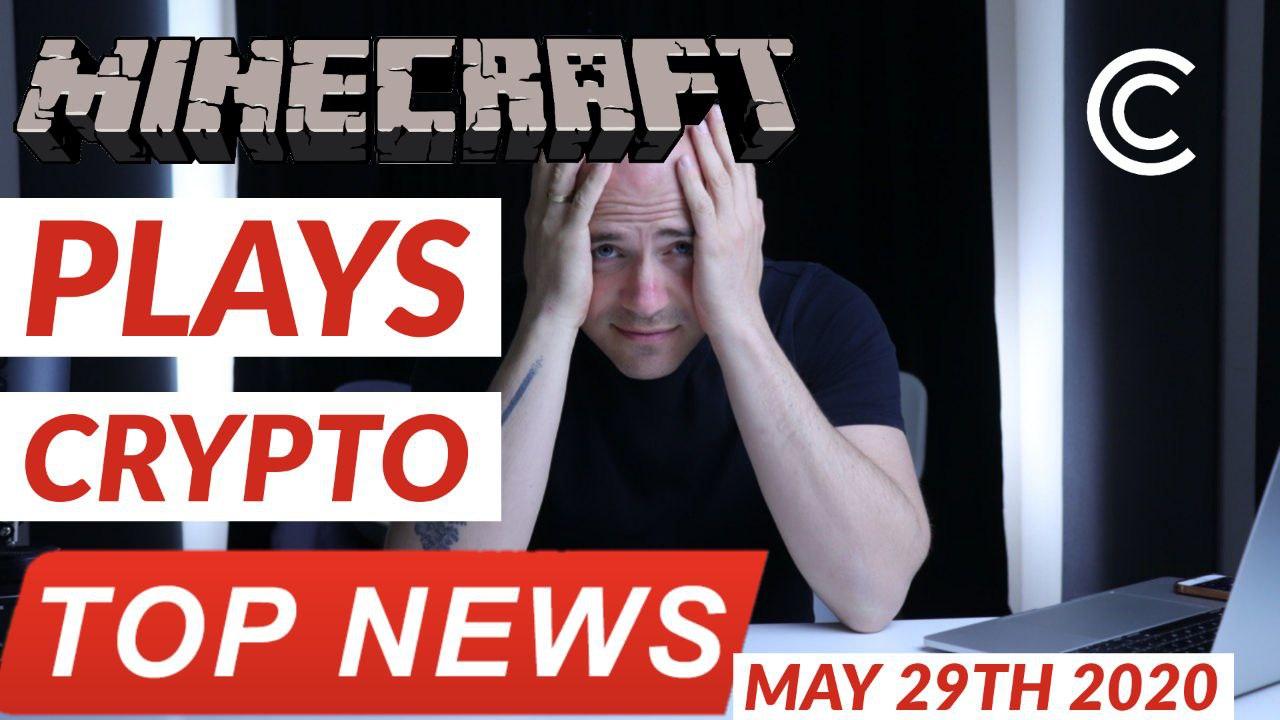 Bitcoin broke through $9,500 Thursday and those short sellers betting on lower prices got liquidated by some crypto derivatives exchanges. That also helped push the world’s oldest cryptocurrency higher. 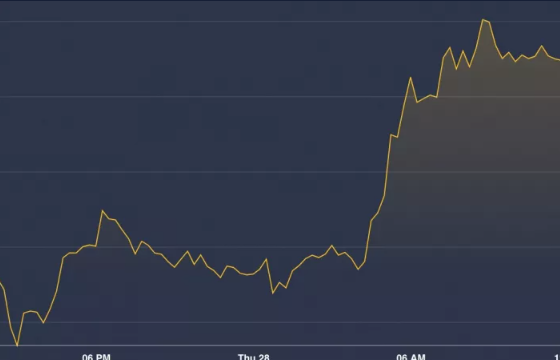 As of 20:50 UTC (4:50 p.m. ET), bitcoin (BTC) was trading at $9,447, up 2.9% over the previous 24 hours. Trading seems to support a higher upward climb with a large session of buying around 12:00 UTC (8 a.m. ET) briefly pushing price to as high as $9,526 on exchanges including Coinbase. Bitcoin’s price continued its rising trend from Wednesday, well above its 10-day and 50-day moving averages, a technical analysis signal of bullish sentiment.

“A breakout above $10,055 would be a catalyst for significant upside in our work, and support is now defined by the 200-day moving average, which is now at $8,377,” said Katie Stockton, an analyst that covers global markets at Fairfield Strategies.

Large price movements in the bitcoin spot market can often be attributed to the crypto derivatives markets. The derivatives exchange BitMEX, for example, automatically liquidates both long and short seller positions when price begins to quickly move. Bitcoin’s upward trend is being helped in this instance by short sellers getting squeezed out, which triggers automatic buy orders that help move prices higher.

“There are definitely topside liquidations on BitMEX, and more than on average,” said Vishal Shah, an options trader and founder of derivatives exchange startup Alpha5. Over the past 24 hours, buy liquidations are at $39 million on BitMEX, and have far outpaced the $4 million in sell liquidations.

I’m very excited about this because I’ve looked at the charts pre and post halvings during the previous three halving’s, and historically we’ve seen the price drop down post having and then having a nice run up over the next four to six months post having. I think we’ve gone through that drop phase and we are now in the climbing phase. But again, this is the crypto currency market and I could be completely wrong and we could tank down but I honestly don’t think that’s gonna happen right now.

Facebook can benefit from Libra, if its users tap the payments project to buy goods off the social media giant’s marketplaces, CEO Mark Zuckerberg said. 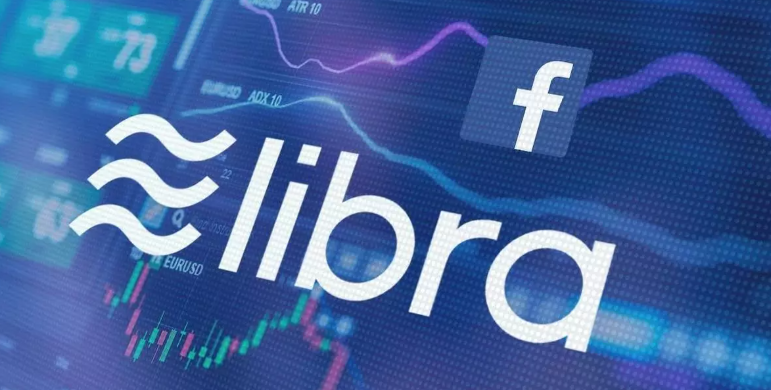 Speaking during an annual shareholder meeting Wednesday, Zuckerberg said Facebook’s commerce work, including Libra, should be viewed through the lens of its ads business, according to a transcript posted by Thomson Reuters. The company treats its ads business as an auction, meaning entities can bid for their best price.

“Because we don’t have to set a price, every business can just bid for themselves what an ad is worth to them in terms of what results they’re trying to get, which means that we can always offer any business the lowest possible price, which is great because that way, it’s very inclusive,” Zuckerberg said. “Millions of businesses around the world can participate, and the business can be very efficient.”

Combining ads with an effective payment tool for users can benefit businesses further, he said, citing both Facebook Pay and Libra.

“If we can make commerce be more effective for businesses if when they run an ad, somebody who clicks on that ad is now going to be more likely to buy something because they actually have a form of payment that works that’s on file,” Zuckerberg said. “Then it basically becomes worth it more for the businesses to bid higher in the ads than what we see are higher prices for the ads overall.”

A tool like Libra, which currently envisions a number of different stablecoins pegged to fiat currencies, could make it easier for individuals to transfer funds or pay for goods across national borders, which would further benefit businesses and Facebook.

Now if you guys aren’t informed on Libra, Libra is basically the cryptocurrency that Facebook made up. We will be doing a video on this in the near future to give you a more in-depth look on how Libra is structured.

Minecraft, one of the world’s most popular video games, has a new plug-in enabling players to place blockchain assets directly into their servers. 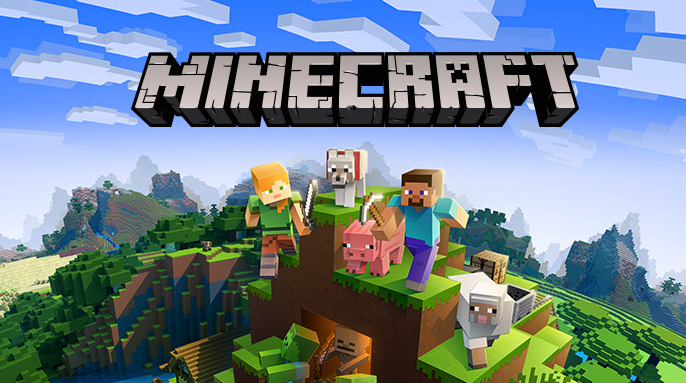 Built by gaming startup Enjin, EnjinCraft is an open-source blockchain plugin that enables players to spawn assets in the Minecraft Java Edition without the need to write any code.

The tool works by dropping the EnjinCraft file into a player’s server “plug-ins” folder, where they can then begin integrating and distributing blockchain assets in the form of tokens.

The plug-in marks the second release by Enjin for Minecraft after it initially released DonationCraft in 2013 in collaboration with Bukkit. Now downloaded 5.1 million times, DonationCraft allows players to grow their Minecraft servers by creating a server website and donation store.

The new offering allows server hosts to create their own localized Minecraft economies by providing their players with tangible ownership over in-game items and currencies. It also allows for players to securely trade their assets in peer-to-peer (P2P) fashion through the server or via external chat rooms and digital trading platforms like the Enjin Marketplace.

EnjinCraft is the beginning of a new era for sandbox games.

Now I know a lot of people, especially adults, don’t really care about Minecraft because they think it’s just a child’s game, but you have to realize how many users are on this platform every single month. After doing a quick Google search, I can tell you 100% certainly that 126 million users monthly are using Minecraft. Why is this important? 126 million people getting into the cryptocurrency space, more people getting into cryptocurrencies means there’s going to be more demand for cryptocurrencies. With the recent halving happening the supply has been cut in half. Supply and demand is the only thing that drives the price of Bitcoin. Not only is Minecraft and Enjin gaming important. But also you have to think about Samsung implementing a digital asset store with their Samsung store, which is automatically pre-installed in every single Samsung phone. That number is 893 million active Samsung devices being used worldwide. That’s also coming out in the next month.

All of these companies using blockchain technology, using ERC 20 tokens to incentivize Gamers to do certain things on their platform. This is basically the global population dipping their toes into the cryptocurrencies space. Once they realize that the water is just fine, they’ll jump in. Causing many people to buy cryptocurrencies, causing the price to shoot right up. This is a very interesting time in the cryptocurrency space and I am definitely going to be monitoring everything on this very closely over the next six months.