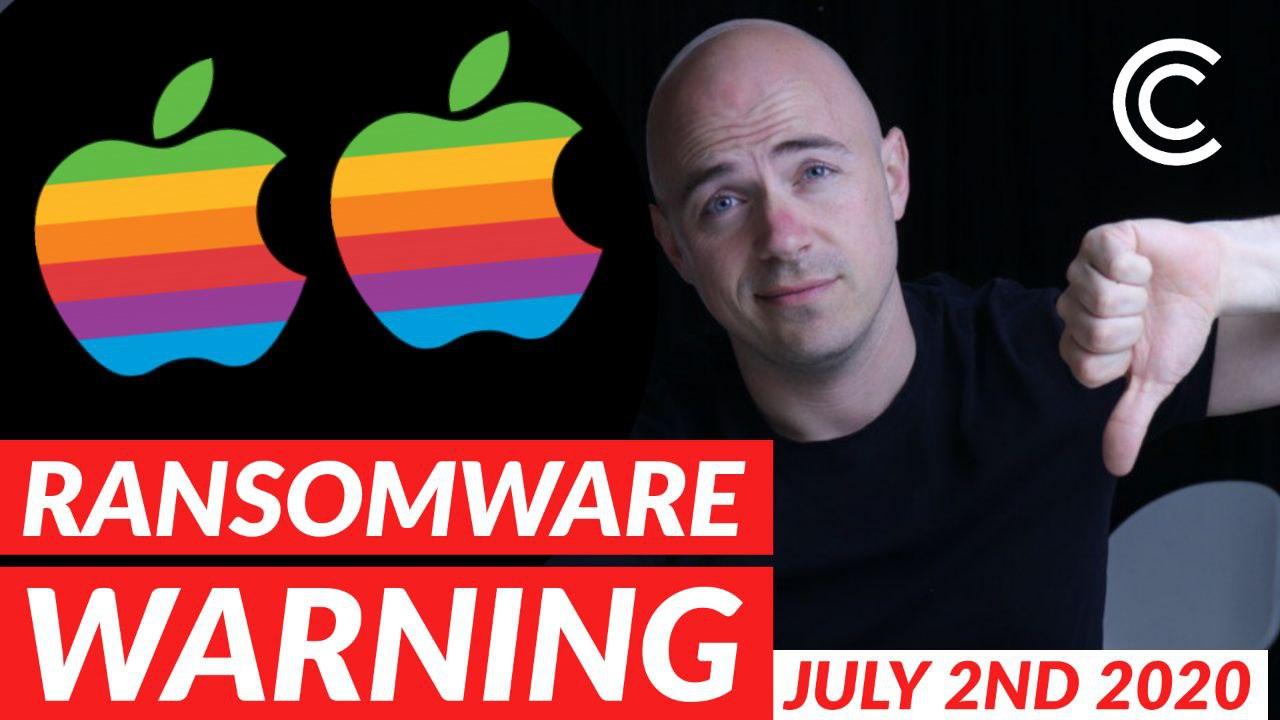 In today’s article we talk about the Lebanese pound down 50% in 10 days. PayPal dabbling in crypto may make Bitcoin a mainstream payment option, and Mac users beware because there’s a new ransomware that just attacks Mac’s. We also go over the current top cryptocurrency prices, as well as a brief analysis on bitcoin to see if it’s going to do anything in the near future.

Now, let’s jump into trading View and see if Bitcoin is going to break out of this wedge. As you can see, we are getting narrower and narrower in this wedge and we should See a breakout soon.

I’ve been expecting around July 5th to the July 6th. It should have happened here at June 22nd, but it did not. Or worst case scenario. It completely ignores this wedge entirely and just trades along this $9,300 Mark for the rest of time and all eternity.

Lebanese Pound Falls 50% in Ten Days — Now Worth One Satoshi 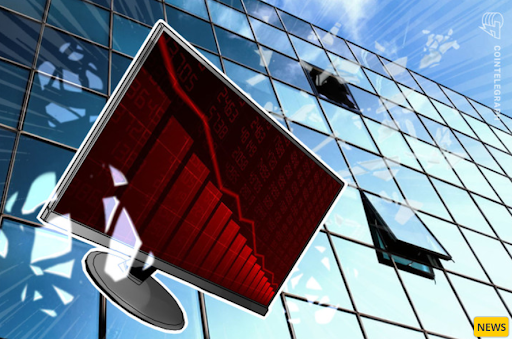 Lebanon’s national currency continues to shed value amid the country’s deepening monetary crisis, with unofficial reports indicating that the Lebanese pound, or lira, has lost 50% of its purchasing power in less than two weeks.

On July 2, local crypto advocate Saifedean Ammous, author of The Bitcoin Standard, took to Twitter to assert that after “having lost half its value in the last 10 days, the Lebanese lira is now worth one satoshi” — comprising a historic low for the currency of roughly $0.000093.

On June 21, Ammous noted that “Ten years ago, one Lebanese lira was worth 0.67 Bitcoin.”

“Imagine spending 45 minutes explaining Bitcoin to a group of Lebanese people and then having one of them ask: ‘but without a central bank regulating, what guarantees Bitcon’s value?’” Ammous posted a day earlier.
Lebanon’s citizens turn to crypto

It’s hard to confirm the precise exchange rate as Lebanon’s lira has officially been valued at US $0.00066 since 1997, however chronic economic mismanagement has led to the emergence of a parallel market for the currency.

Reports indicate it has seen its value plummet 86% in roughly one year.

The accelerating crisis has crippled daily life in Lebanon, with the country now preparing for a wave of emigration as it prepares to open its sole international airport following COVID-19 restrictions.

“We’re like prisoners who do nothing but try to plot our escape,” 32-year-old graphic designer Bernard Hage told Al Jazeera.

However, the economic turmoil has revitalized interest in cryptocurrency among Lebanon’s youth, with an informal Twitter survey in May indicating that 57.5% of locals would prefer to receive their salary in Bitcoin (BTC).

“If you want to go around the banking system, Bitcoin is a solution.”

National currencies worth one satoshi

While many veterans of the crypto space once considered one satoshi was such a small monetary subdivision as to be almost worthless, current Bitcoin prices have rendered the satoshi equivalent in value to many national currencies.

The fiat currencies of Guinea, Sierra Leone, Laos, and Uzbekistan are all currently valued at roughly $0.0001 — close to the price of a single satoshi.

One satoshi trades for a 30% premium over Indonesia’s rupiah, it’s twice the value of Vietnam’s dong, and more than eight times the value of Iran’s rial. 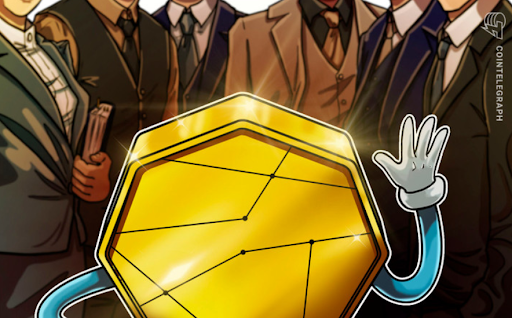 Earlier this month, global payments giant PayPal was rumored to be considering listing crypto assets on its platform, which is estimated to have around 325 million active accounts worldwide.

The company is currently hiring crypto and blockchain specialists, meaning that its potential arrival could be more than a wild guess. But what does PayPal’s apparent interest in crypto mean for the industry, and how well does it align with the company’s principles?

PayPal started to take baby steps toward crypto back in 2013. At the time, David Marcus, then-president of the payments company and now leading the Facebook-backed digital wallet Novi, told Bloomberg that “it’s just a question of whether Bitcoin will make its way to PayPal’s funding instrument or not.”

The most obvious implication of PayPal’s rumored expansion is adoption — if a financial service with 325 million active users starts listing digital assets, it is likely to make crypto more viable in the eyes of the financial mainstream. Mashinsky argued that it will consequently drive the price of BTC and Ether (ETH) up significantly, “as the scarcity of the coins will play a big part when adoption comes.” 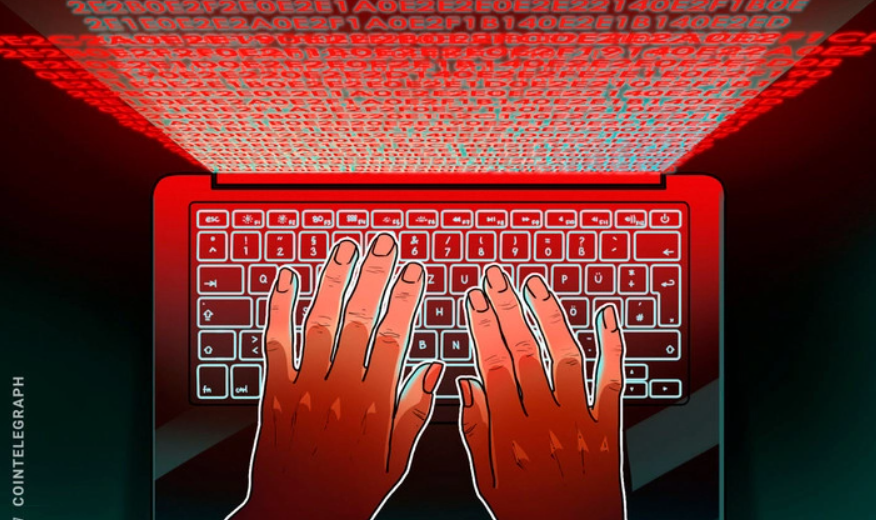 A new ransomware is targeting macOS users who download installers for popular apps via torrent files.

Known as EvilQuest, the attack was first spotted by Dinesh Devadoss, a K7 Lab malware researcher. Findings show that EvilQuest has been quite active since the start of June 2020. Malware lab firms, like Malwarebytes, have found the ransomware attached to pirated macOS software distributed mainly through torrent sites and warez forums.

EvilQuest asks victims to pay a ransom through the same static Bitcoin (BTC) address in every documented attack. One of the first signs that EvilQuest has deployed an attack is that MacOS Finder freezes. Once file encryption is complete, a text file is generated with ransom instructions.

Speaking with Cointelegraph, Brett Callow, threat analyst and ransomware expert at malware lab, Emsisoft, believes that EvilQuest is unlikely to be anything other than a very small-scale threat:

“The fact that Macs have a relatively small market share means they’re not a particularly attractive target for ransomware groups and they’re unlikely to invest significant resources in targeting Mac users.”

Not a significant threat

Findings also show that the average ransom demanded by the attackers is $50 worth in BTC. Victims are usually given a deadline of 72 hours to pay.

Callow adds:
“That said, a threat is a threat and it’s something Mac-users should be aware of. Thankfully, as this ransomware appears to be targeted exclusively via pirated software, it’s very easily avoided simply by not using pirated software. That holds true whether you’re a Mac user or a Windows user: pirated software and cracks are the primary distribution method for the types of ransomware that target home users.”

Recently, Cointelegraph reported on the rise in ransomware that targets home users rather than companies.