How Elon Musk affects the price of Dogecoin? | CoinCasso Exchange

How Elon Musk affects the price of Dogecoin? 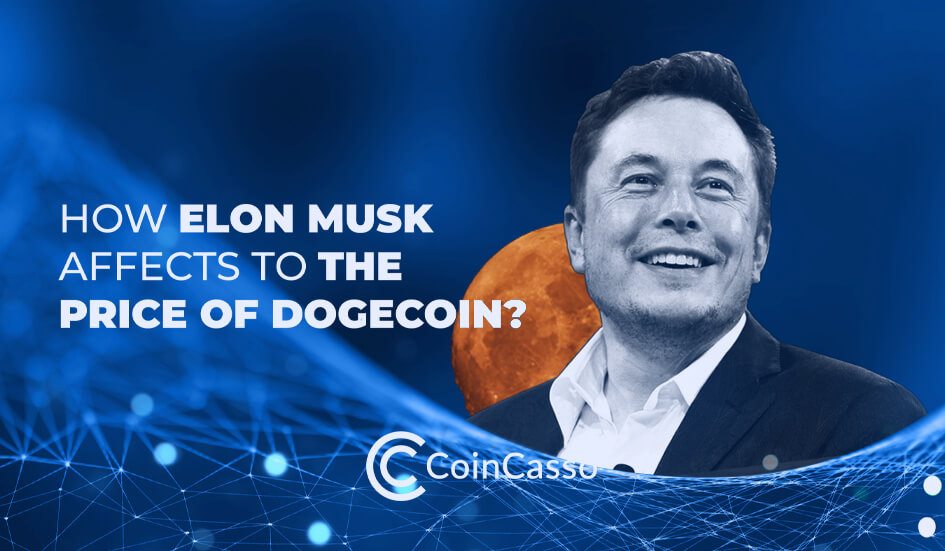 Dogecoin has been one of the biggest winners of this crypto bull run. It captured the heart and mind of the retail investor and delivered some of the biggest gains of any asset in 2021.

And if you’ve been keeping up with the latest crypto news, you know that Elon Musk has had a huge impact on the price of Dogecoin.

But what you may not understand yet is why. How can one person cause massive price swings in an asset just by making a few tweets? And what does that say about the long and short-term viability of Dogecoin as a cryptocurrency asset?

Don’t worry if you don’t know the answers to those questions. We’ve got you covered. Keep reading to learn:

What is Dogecoin, exactly?

Dogecoin is a cryptocurrency that runs on blockchain technology just like Bitcoin and Ethereum do. It uses a proof of work system, which means that miners validate transactions and are rewarded with Dogecoin for doing so. This is the same method that Bitcoin uses.

People can use Dogecoin for payments and purchases. But it really wasn’t designed to be a store of value in the same way that Bitcoin was.

For example, Doge currently doesn’t have a lifetime cap on the number of coins that can be produced. It was designed to be highly inflationary, which makes it tough for the cryptocurrency to maintain speculative gains over time.

The history of Dogecoin

Dogecoin was created by Billy Marcus and Jackson Palmer in 2013. The two never imagined that the coin would reach the level of prominence that it has today.

The coin’s logo came from a meme of a Shiba Inu dog that was popular at the time. And the currency’s early growth came from meme-based marketing more than anything else.

For example, early proponents of Dogecoin organized a fundraiser to send the Jamaican Bobsleigh team to the 2014 Olympics.

Dogecoin has been around for some time now but it was mostly just thought of as a meme coin until Elon Musk got involved. 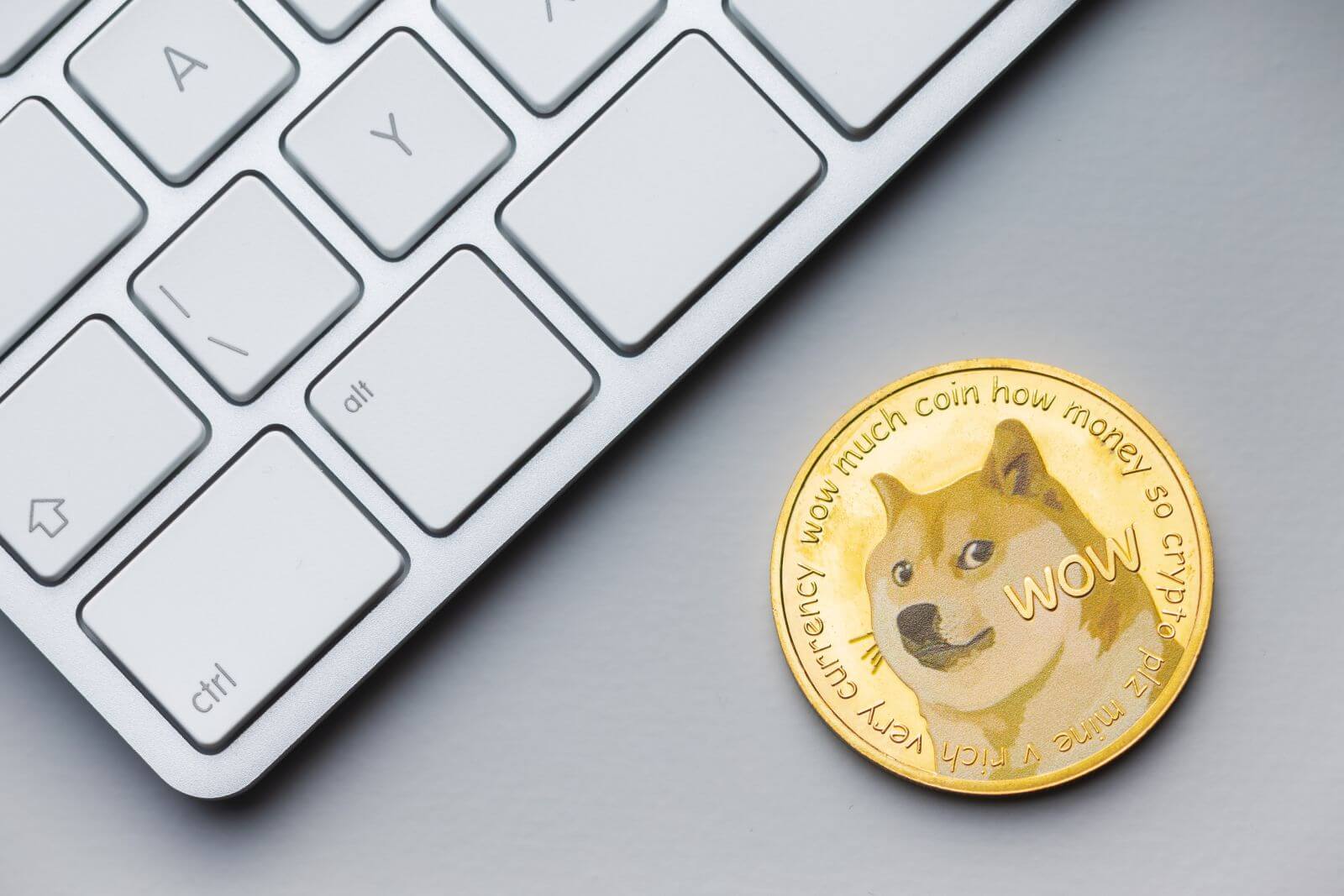 Elon Musk is perhaps the most famous entrepreneur in the world. He got his start in 1995 when he and his brother Kimbal created a company called Zip2, which he would go on to sell for over $300 million.

With those funds, Musk started another company, which would go on to become PayPal. He sold this to eBay for $1.5 billion just three years after starting it.

Elon used this money to found the companies that he’s known for today: SpaceX and Tesla. Both of these companies tackle big, important problems and have been very successful, which is why Musk is now a household name.

“Dogecoin might be my fav cryptocurrency. It’s pretty cool.”

Thus began Musk’s involvement with the project, which has only grown since. In the next section, we’ll take a look at three more tweets that Musk has made about Doge and how they’ve impacted the price of the cryptocurrency asset.

Examples of Elon Musk affecting the price of Dogecoin

Elon’s most impactful Dogecoin tweet happened just as the latest bull run was heating up. On January 28th, 2021, he tweeted a mocked Vogue magazine cover with the word “Dogue” in place of Vogue.

If anyone else had tweeted the same thing, it would’ve likely been laughed off as just another meme on the internet. But since Musk made the tweet, the price of Doge would go on to explore in the days that followed.

On April 28th, 2021, Elon tweeted that he would be hosting Saturday Night Live on May 8th. Except, in typical Elon fashion, he turned the announcement into a sort of meme, tweeting, “The Dogefather SNL May 8”. 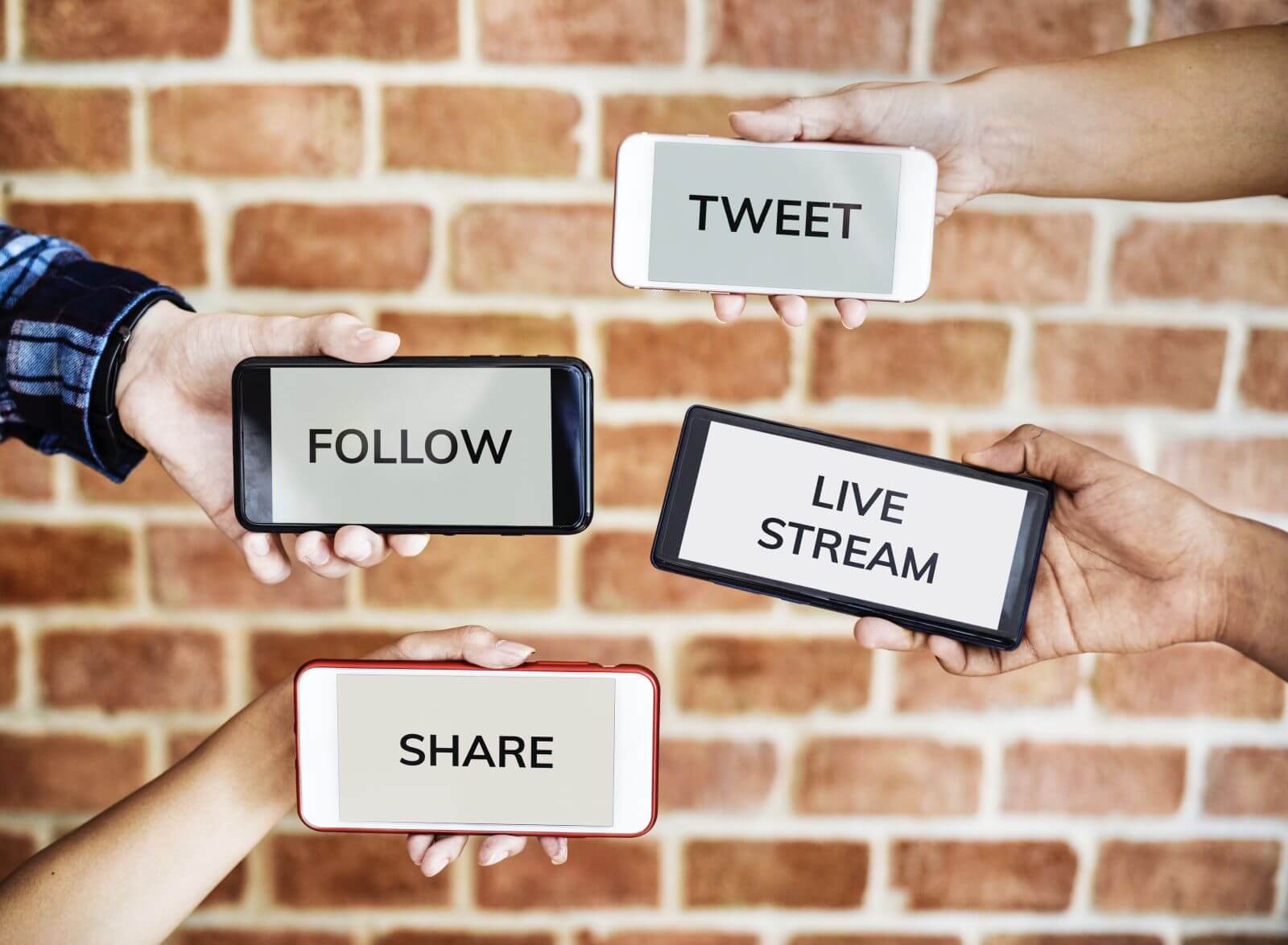 Why is Elon Musk so influential in the crypto space?

Clearly, there is a trend here that’s worth exploring. When Elon Musk tweets about Doge, the price of Dogecoin tends to go up by quite a bit.

In fact, if you had just held Doge from the time Elon started tweeting seriously about it at the beginning of 2021, your investment would’ve been one of the top-performing assets in the world during that span.

All of this begs the question: what makes Elon Musk so influential? Why do his tweets have such a large impact on the price of Dogecoin?

To understand this, we have to understand Elon Musk’s broader cultural significance. As the CEO of Tesla, he leads one of the most innovative and exciting companies in the world. But that’s not all that he does.

Elon is also the CEO of SpaceX, StarLink, and Neuralink. And before that, Musk helped to turn PayPal into the giant fin-tech company that it is today.

Given all of the success that he’s had in his career, there’s a sense that anything that Elon Musk touches turns to gold. And it may be this impression that’s given Elon such a massive influence over the crypto industry.

When people see perhaps the most famous CEO in the world tweet incessantly about an initially under-the-radar coin like Doge, it’s natural for the price of that asset to go up. And as Elon has gotten more and more serious about Doge, the price has continued skyrocketing accordingly.

The general expectation of the market appears to be that Elon is going to start building Dogecoin into something more than it is right now.

People don’t know whether he will use it as a payment option with Tesla or if he’ll try to use the network effect of Doge to turn into a bigger platform, something akin to what Ethereum is now.

To some extent, it doesn’t really matter. The rising price of Dogecoin is essentially the result of the market expecting Elon Musk to continue supporting the project in the years to come.

Elon has had a similar impact on Bitcoin prices

Musk’s impact on cryptocurrency prices hasn’t been limited to Doge. His announcement that Tesla would start buying Bitcoin and accepting it as payment for Teslas sent the cryptocurrency to new all-time highs.

Then, when Elon announced that Tesla would no longer be accepting Bitcoin because of its apparent energy consumption problems, the price of Bitcoin dropped.

In fact, Musk has gotten some hate from the Bitcoin community for his quick 180 on the cryptocurrency. He tweeted in March that you could buy Teslas with BTC only to tweet in May that Tesla had sold 10% of its BTC and would no longer accept them as a valid form of payment.

While this earned Musk the ire of the Bitcoin community, it didn’t impact his standing with the Doge community as much. That’s good news for investors who are interested in taking advantage of Musk’s tweets about Doge and the impact they have on the asset’s price.

Other factors that impact the price of Doge

Elon Musk’s support of Doge isn’t the only reason that the popular cryptocurrency has seen a record year. There are other factors that have contributed to its price as well.

According to Monark Modi, the founder and CEO of Bitex, Dogecoin’s value is community-driven. He says that its price is essentially a reflection of the power and influence held by social media influencers (like Musk) who tweet about the coin.

For example, Dogecoin has developed a huge following on popular Reddit forums like r/WallStreetBets of GameStop fame. These communities assign a value to Dogecoin and when they pool together with other like-minded communities, the price of the asset goes up.

But just because Dogecoin started as a meme or a community-driven speculative token doesn’t mean that it will always remain that. The growth of the crypto asset has led a handful of businesses to begin accepting it as a form of payment.

For example, Mark Cuban recently announced that the Dallas Mavericks will begin accepting Dogecoin as payment for Mavs tickets and merchandise.

So what we’re seeing is a cryptocurrency asset that started off as a kind of meme but is now slowly morphing into something with real-world use cases.

And if enough people continue believing in the power of Doge, then there’s no reason why more companies won’t follow Cuban’s cue and begin accepting it as a form of payment. 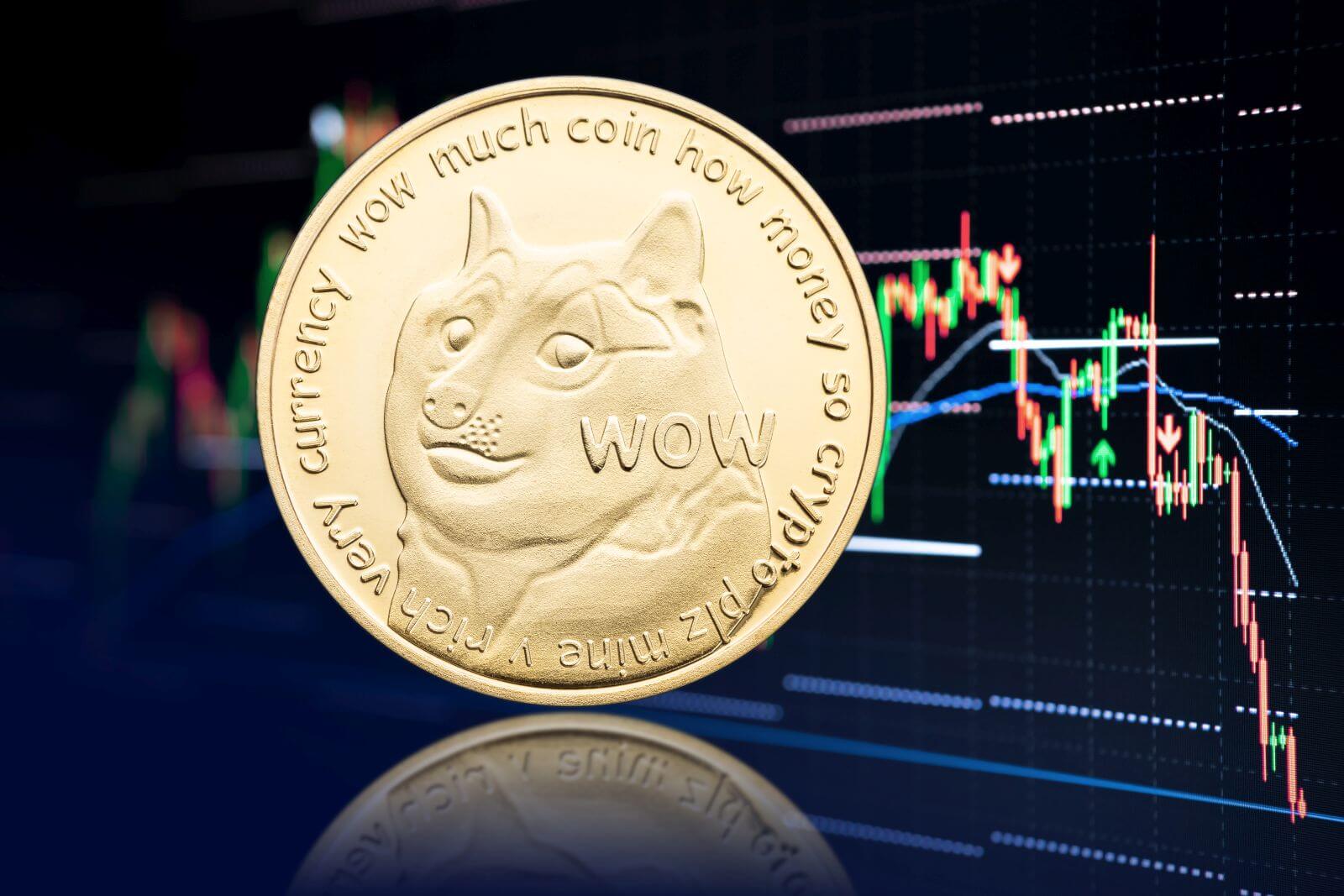 Is Elon’s impact on Doge bullish or bearish long-term?

We’ve reviewed how Elon has impacted Dogecoin’s price in the past and why he has such a big influence in this space. Now let’s consider how much all of this matters to the investment thesis for Doge.

The answer ultimately comes down to whether you’re interested in buying Doge for short-term gains or as an asset that you hold for a long time.

If you’re looking to make short-term gains on Doge, then Elon Musk’s fascination with the cryptocurrency is quite bullish.

If you do that, you can hold knowing that there’s a very good chance that Elon will tweet about Doge again sometime soon and you can sell as the price of the asset pumps in response to that tweet.

Your analysis will change if you plan on holding Doge as a long-term investor. However, the result is still the same: Elon’s involvement in Doge is also beneficial to a long-term holder of Doge.

That’s because the CEO’s interest in the cryptocurrency could pay huge dividends if he decides to help build it into something more than it is now. And Musk has already hinted at that possibility by tweeting about wanting to connect with Dogecoin developers. 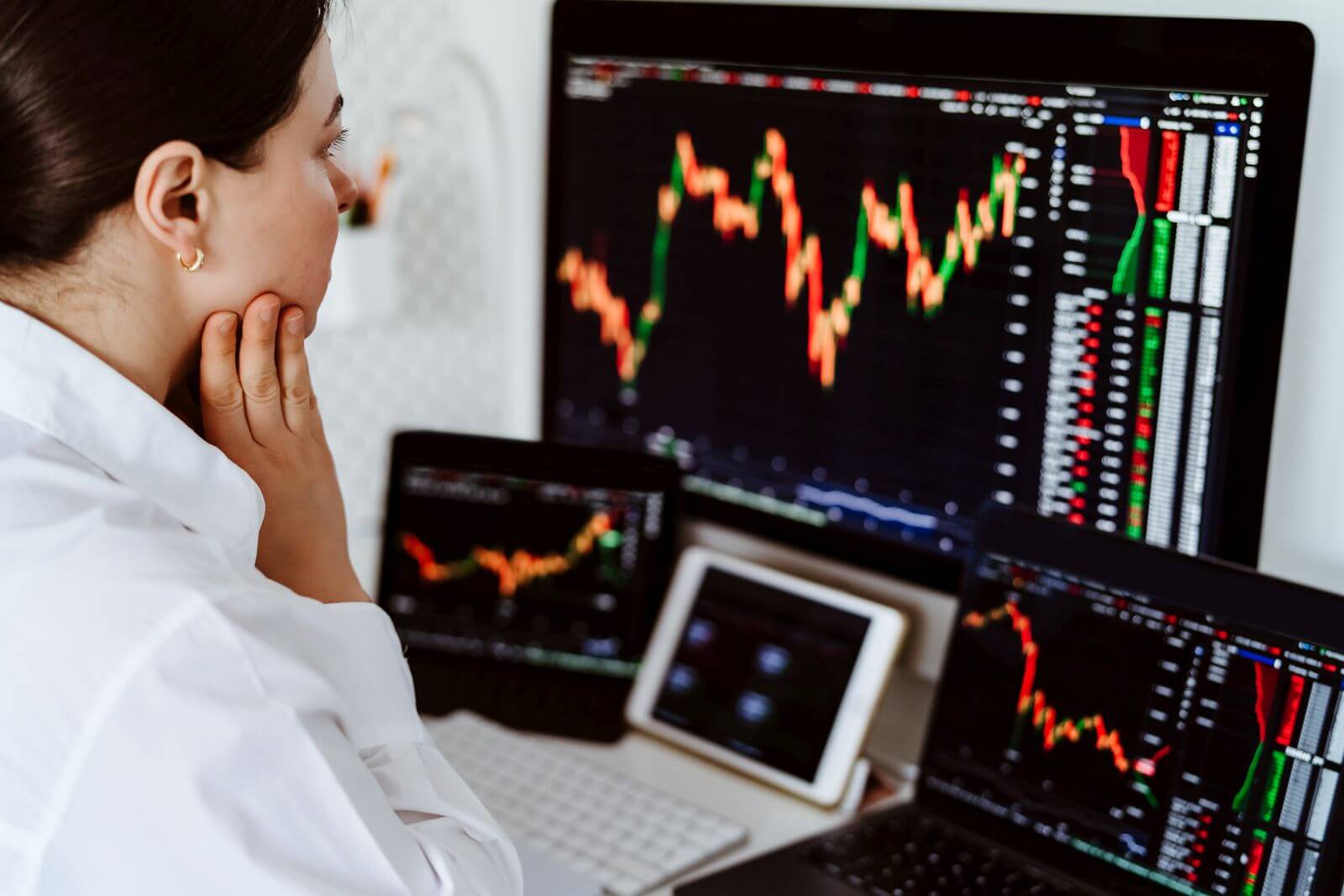 The bottom line: is Dogecoin Elon’s joke or a smart investment?

It can be disconcerting to see one individual have such a massive influence on the price of an asset. However, it would be difficult to argue that Elon Musk has had anything but a positive impact on Dogecoin’s price.

The Tesla CEO’s tweets have consistently spiked the price of Dogecoin and rewarded the (mostly retail) investors who hold it. There’s no reason to suggest that this trend will stop anytime soon.

That means there’s money yet to be made with Doge — especially if Elon can build it into a stronger platform or more robust method of payment.

Dogecoin probably shouldn’t make up a large portion of your portfolio. But it can definitely be a valuable addition to your broader crypto holdings even if some people will never see it as anything more than Elon’s joke.

Just keep in mind, the value of Doge comes from its community right now. It doesn’t have a strong real-world use case at the moment. This means that if both the community of Doge and Elon Musk ever lost interest, the asset could tumble down to close to nothing very quickly.

Want to take advantage of the volatility of the crypto market? Use Coincasso!

Coincasso is an innovative exchange that combines the best components of centralized and decentralized exchanges. With our platform, it’s incredibly easy to make trades as quickly as a CEO can tweet.

Even better, we offer regular discounts on transactions that get as high as 50%. So you can save a ton of money on your next trade by using us.

So why wait? You can create a free account with Coincasso today to get started.

How Elon Musk affects the price of Dogecoin?