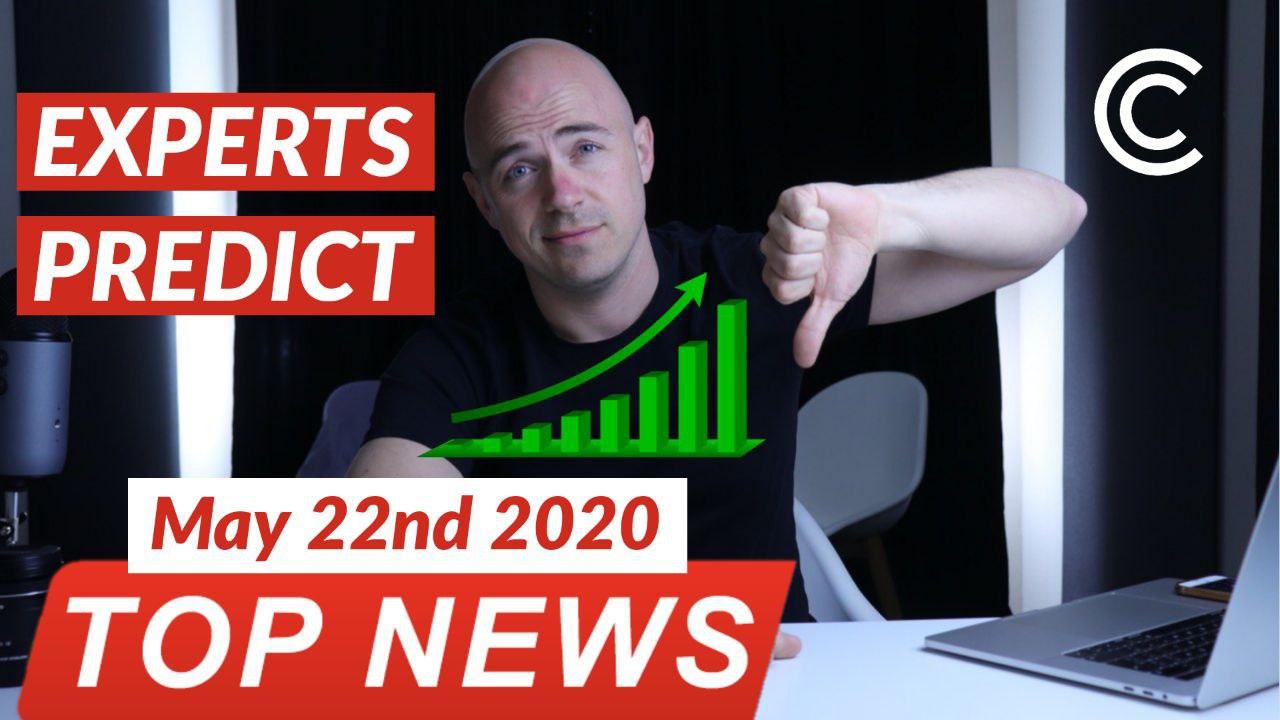 Bitcoin fell for a second day, extending a downdraft triggered by Wednesday’s revelation that a member of the cryptocurrency community from the blockchain’s earliest days in 2009 had moved a long-dormant cache of coins. 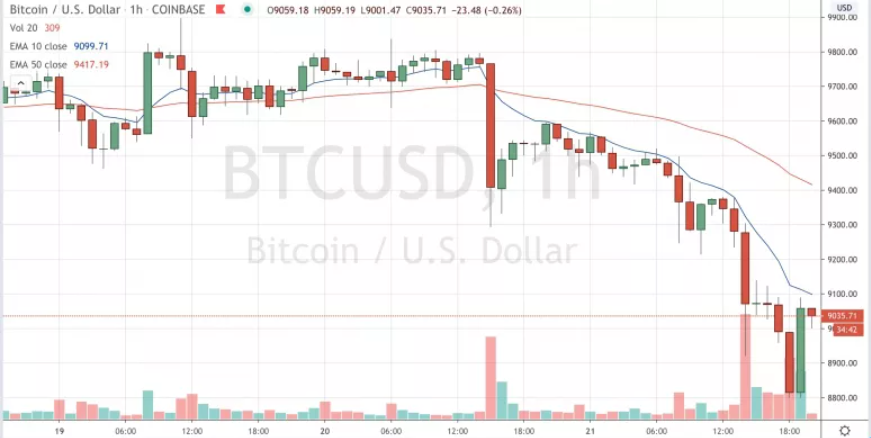 At 14:00 UTC (10 a.m. ET) the world’s oldest cryptocurrency began experiencing high selling volume on exchanges including Coinbase, dropping bitcoin below $9,000 for the first time since May 13.

While the market appears to have turned bearish, Rupert Douglas, head of institutional sales at asset management firm Koine, said he planned to “‘buy the dip” — a popular phrase for accumulating an asset when prices drop in the belief that they’ll soon start going up again.

“In a way I was hoping for this,” Douglas said in an email. “I’m a buyer at $9,000, as this is shaking out the weak longs before taking it higher.”

Volatility in the notoriously fickle bitcoin market has declined since collapsing in March, when the devastating economic toll from the coronavirus started to become clear.

I completely believe in buying the dip 100% That’s why I bought yesterday when it was sitting just above 9,000 in my 30 some odd years of life. I’ve learned two very important things when people are skeptical and pessimistic about a certain asset whether it’s the housing market, the stock market or the crypto currency Market. That’s the best time to buy when people are the most optimistic and positive about the situations. That’s the best time to sell, always go against the grain and you should stay profitable, again, I am not a financial. Just my opinion.

Bitcoin prices look to be struggling with buyer exhaustion, having put in a negative performance in the last 24 hours despite positive developments on both the macro and technical fronts.

The top cryptocurrency by market value fell from $9,760 to $9,100 during Wednesday’s U.S. trading hours, even though major investment banks JPMorgan Chase and Goldman Sachs called for an increase in the size of the inflation-boosting government bond purchase programs run by the Federal Reserve and other major central banks. Bitcoin is increasingly eyed as an investment alternative that isn’t prone to inflation.

“The level of the expected increase in supply this year – about $2.1 trillion – is offsetting the $1.9 trillion demand for bonds to the tune of $200 billion,” JPMorgan said.

The bank is essentially predicting a rise in bond yields and a fall in prices due to the shortage of demand in the bond markets. An uptick in yields or borrowing costs may discourage investors and corporations from borrowing and investing, prolonging the coronavirus-led economic downturn.

As a result, analysts at JPMorgan think the central banks would have to ramp up their bond purchase programs in order to keep yields depressed. Goldman Sachs strategists echoed similar sentiments last week.

Even so, bitcoin, which is widely touted as “digital gold” due to its limited supply and programmed supply cut at regular four-yearly intervals, fell on Wednesday and remains under pressure near $9,390 at press time, representing a 3.8% decline on a 24-hour basis, according to CoinDesk’s Bitcoin Price Index.

With buyers unwilling to step in despite the bullish signals, the cryptocurrency looks vulnerable to deeper pullbacks.

Some observers have suggested that on-chain movements of bitcoins caused a decline in prices on Wednesday. Selling pressure strengthened after a dormant address moved some of the earliest mined coins for the first time in 11 years.

The subsequent recovery was shallow, and prices faced rejection at $9,600 early on Thursday before falling back to lows under $9,400. While Wednesday’s price dip was an opportunity for investors to snap up bitcoin amid bullish macro developments, the weak bounce suggests most chose to remain on the sidelines.

Signs of buyer exhaustion is not surprising because the cryptocurrency has rallied by over 150% in the past two months. The rally was likely fueled by the bullish narrative surrounding the reward halving, which took place on May 11, and due to the unprecedented amounts of liquidity injected by major central banks into the traditional markets. The G7 central banks purchased more than $1.3 billion worth of bonds in April, as tweeted by Jeroen Blokland, a portfolio manager for the Robeco Multi-Asset funds.

Analysts at Stack, a provider of cryptocurrency trackers and index funds, expect bitcoin to consolidate in the range of $8,000–$10,000 for some time.
From a technical analysis standpoint, immediate support is seen near $8,970 at a trendline rising from March lows.

Again, the market is very pessimistic about the direction of which Bitcoin is moving right now, but these really smart people using technical analysis are saying it might be on the upswing. I guess we’ll just have to wait and see.

Yesterday, some of the earliest mined bitcoin moved after more than a decade of dormancy. 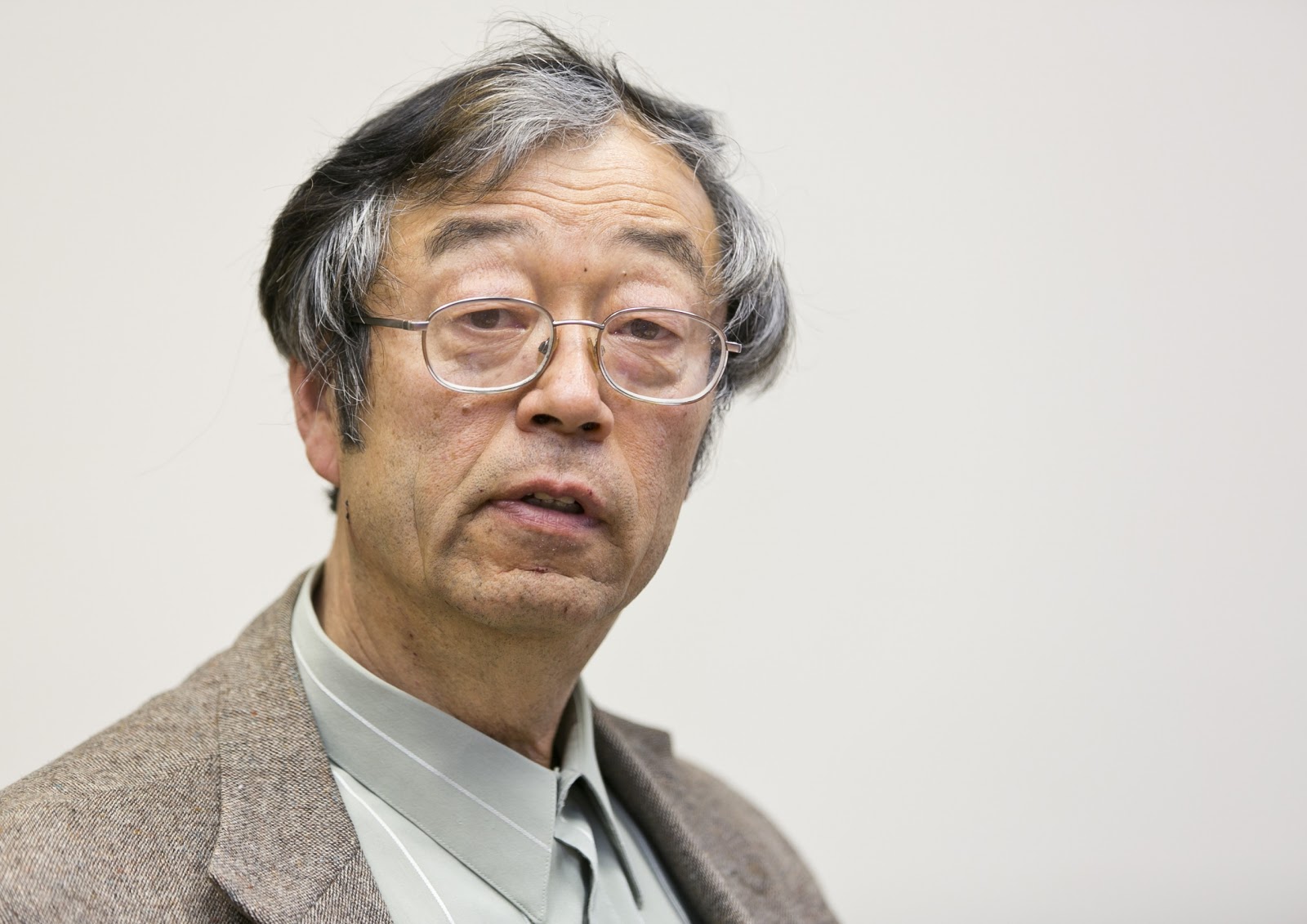 This unfounded connection – based on the age of the bitcoin, and the fact they had not been moved for 11 years – caused a minor market stir.

Since then, blockchain archeologists and bitcoin sleuths have poked holes in the theory the coins are Nakamoto’s, who, as far as we can tell, has never moved a single satoshi from the hoard of bitcoin he mined in the network’s early days. (Except for a test transaction sent to Hal Finney.)

Determining the sender of these coins is impossible, for now. But the occurrence is a moment to reflect on some important insights about the bitcoin community, infrastructure and market.

Of the approximately 18.5 million coins already mined, about 2 million are dormant – either unspent because the keys have been lost, or for other personal or technological reasons. Estimates on the higher side assume as many as 4 million bitcoin are “lost forever.” Nakamoto once referred to lost coins as a “donation” to the network. The bitcoin protocol hardcaps the total supply of bitcoin at 21 million coins, but knowing that some coins have been “donated” has led some researchers to develop a new metric: Realized Capitalization. This measure discounts Bitcoin’s total supply to account for lost or otherwise inaccessible coins.

When previously inert coins move – be they Nakamoto’s or not – this should challenge the assumption that coins in deep storage are out of circulation. Unless they’ve been tossed in the bin. Therefore, a price adjustment is logical.

A partial cause for yesterday’s price movements were fears Nakamoto has returned and could potentially dump billions of dollars worth of bitcoin on the market. Nakamoto’s seemingly altruistic, or at the very least mysterious, “donation” to the bitcoin community hangs over the market like the sword of Damocles.

Like Nakamoto’s motivations, it’s an open question as to how many coins he holds. In 2013, Sergio Lerner wrote a blog post estimating the Satoshi stockpile to be around 1 million bitcoin. Years later, derivatives exchange BitMEX recounted and found the hoard to be in the neighborhood of 700,000 coins.

Both estimates look at a technical detail called the nonce value to determine what blocks Nakamoto was likely to have mined. It’s analysis of this same block feature that leads many to assume yesterday’s transaction did not belong to Nakamoto, but one of the dozens of other miners assumed to be live on the network at the time.

Curiously, when these bitcoin were mined, bitcoin itself had no market value. The block reward is now worth just shy of half a million dollars. There were also no CoinJoins or SegWit code updates, modern wallet features yesterday’s transaction utilized, nor a host of blockchain analyzers watching where these coins will jump to next.

So basically if you think about it, the 21 million coins that will ever exist in Bitcoin, which I believe all of them will be in circulation in the year 2163, of all of that, 4 million are gone. So immediately it goes from 21 million to 17 million making it more scarce right away. The supply is lower and as the demand increases that should cause the price to Skyrocket, in theory of course. I guess we’ll just have to wait and see what happens.

Reference articles:
Traders ‘Buy the Dip’ as Bitcoin Hovers at $9,000
Bitcoin Drops Over 3% Despite Golden Cross and Bank Calls for More US Stimulus
Satoshi’s Sword of Damocles

NFT character – everything you need to know

How to use BscScan? Beginner’s Guide