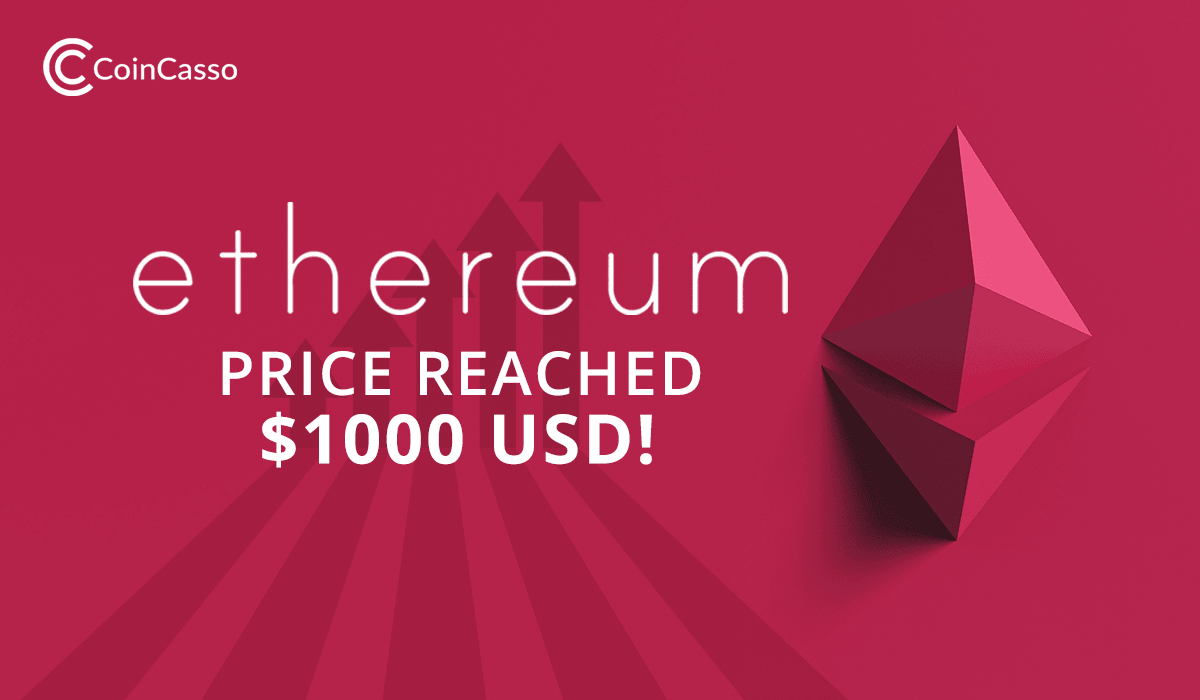 Ethereum (ETH) is an open platform based on blockchain technology that allows creating and sharing decentralized applications. Ether is the second-largest cryptocurrency on the market cap. ETH price just reached $1000 and many investors are considering if it exceeds its ATH (All Time High).

What is Ethereum (ETH)?

The Ethereum platform has been created by Vitalik Buterin, a programmer, who worked on Bitcoin in 2013. The first version of the Ethereum network was released in 2015. The digital platform works on blockchain technology allowing users to create decentralized applications (Dapps). Ethereum also enables developers fundraising on their own applications. Dapps is an open-source, decentralized network and to create apps are used smart contracts. Smart contracts are code scripts that can facilitate the exchange of payments, shares, content, and more. The platform is powered by the native Ether (ETH) cryptocurrency.

Why is the ETH price going up?

More and more investors noticed that Ethereum may be a valuable currency when the media became interested in the crypto world. The main reason for this interest is a long-awaited change in the Ethereum network: the implementation of Ethereum 2 0. The developers decided to switch entirely to the Proof of Stake algorithm, which will increase the speed of transactions and scalability, and reduce costs (current block verification in the Proof of Work algorithm is very energy-consuming and expensive). 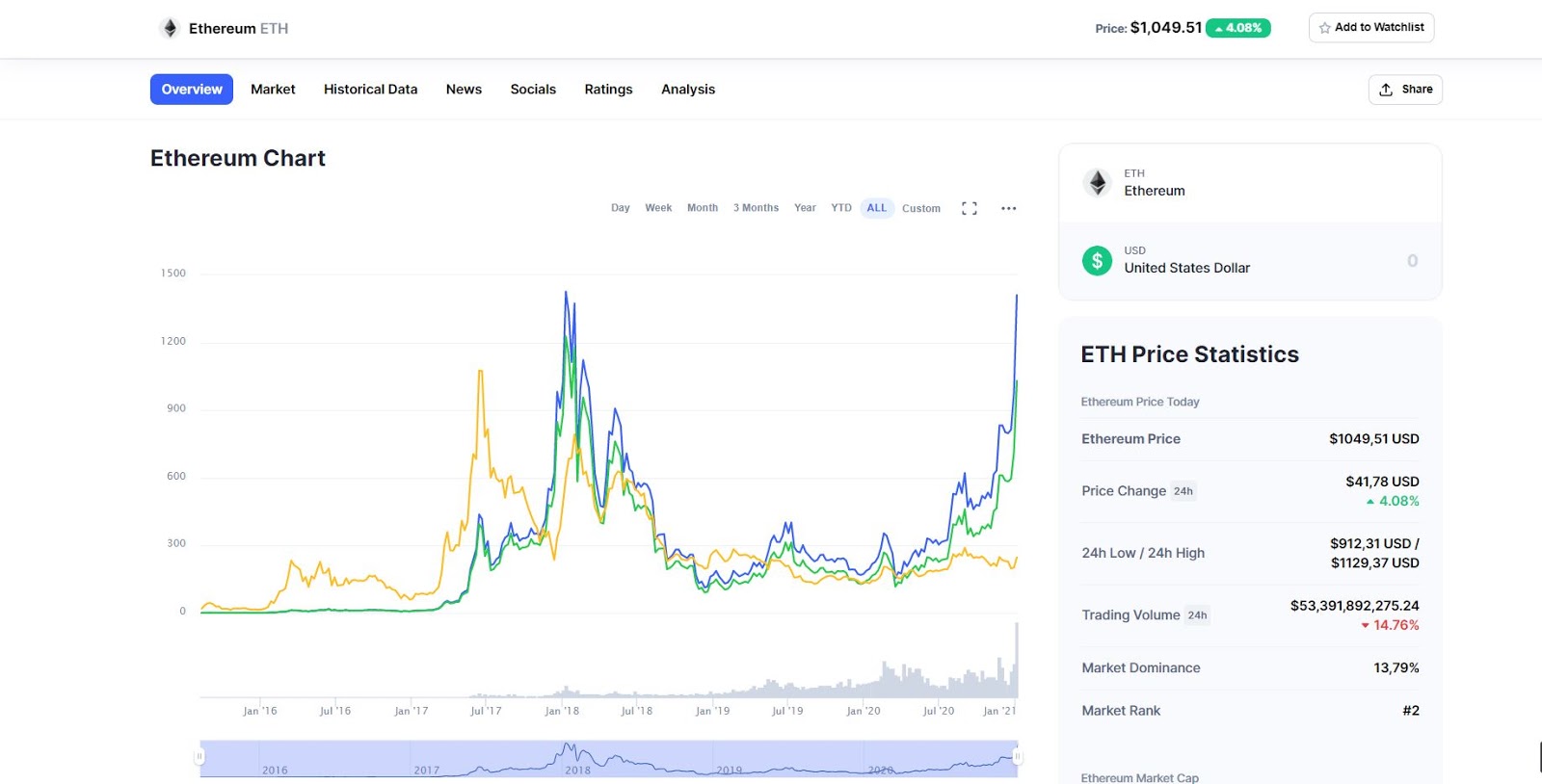 Is it possible that ETH will reach $1500 USD this year?

After exceeding $ 1,000, investors are very optimistic about the future of ETH. The planned launching of Ethereum 2.0, despite later arousing great interest, contributes to the popularity and price of Ether. The forecasts for this cryptocurrency is also very good. Everything indicates that ETH will continue to grow, and will most likely exceed $ 1,100 soon. This is the best time to invest in Ethereum. The Vitalik Buterin’s platform continues to grow and develop, and more and more users are using it. It is hard to predict if there is anything which would stop its growth.