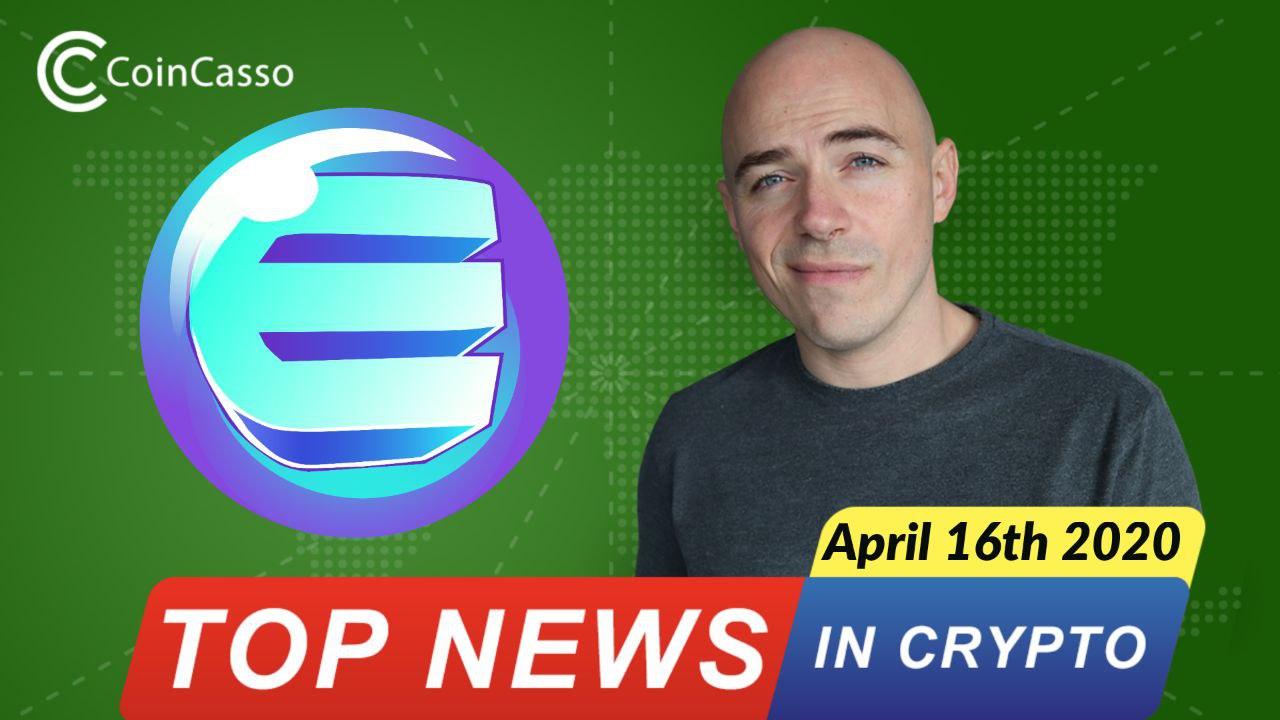 Bitcoin price volatility declines in contrast to the S&P 500

“you know, things are getting weird when
Bitcoin gets less volatile and stocks aren’t”

After surging about a month ago during the frantic sell off, the 30-day volatility of daily returns from the leading cryptocurrency has dropped in recent days, and is almost back to where it was before the Panic started in early March.

Right here. You can see the 30-day historical volatility daily returns in Bitcoin. 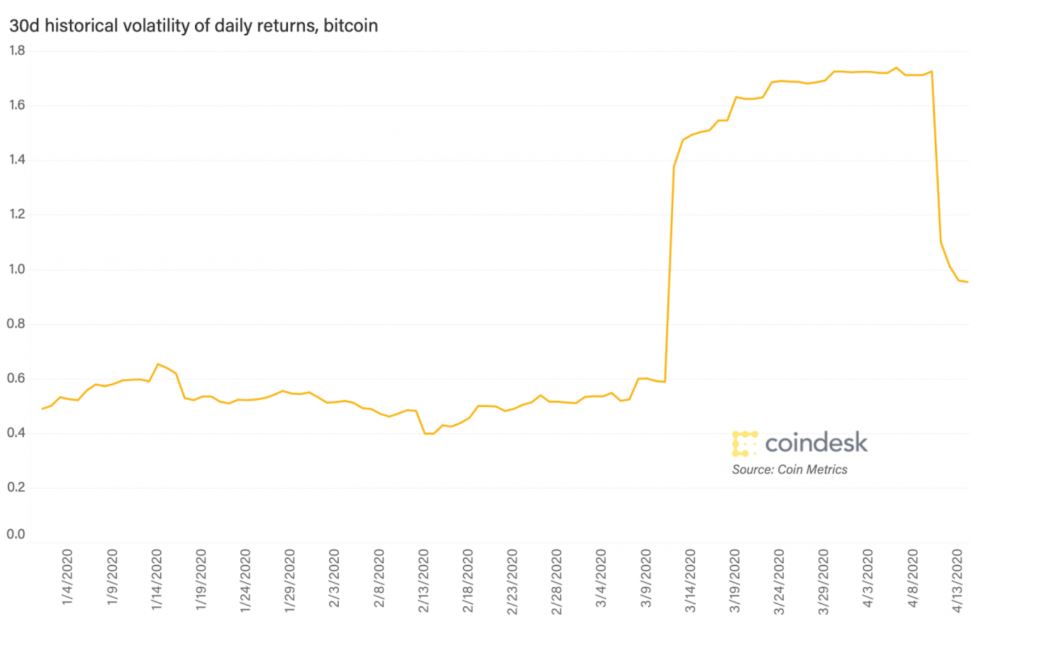 Meanwhile the volatility of S&P 500 Index large US Stocks, which also skyrocketed in March as the coronavirus paralyzed the world’s economies, has plateaued. You can see here the 30-day historical volatility daily returns of the S&P 500 still peaking here at about 0.8 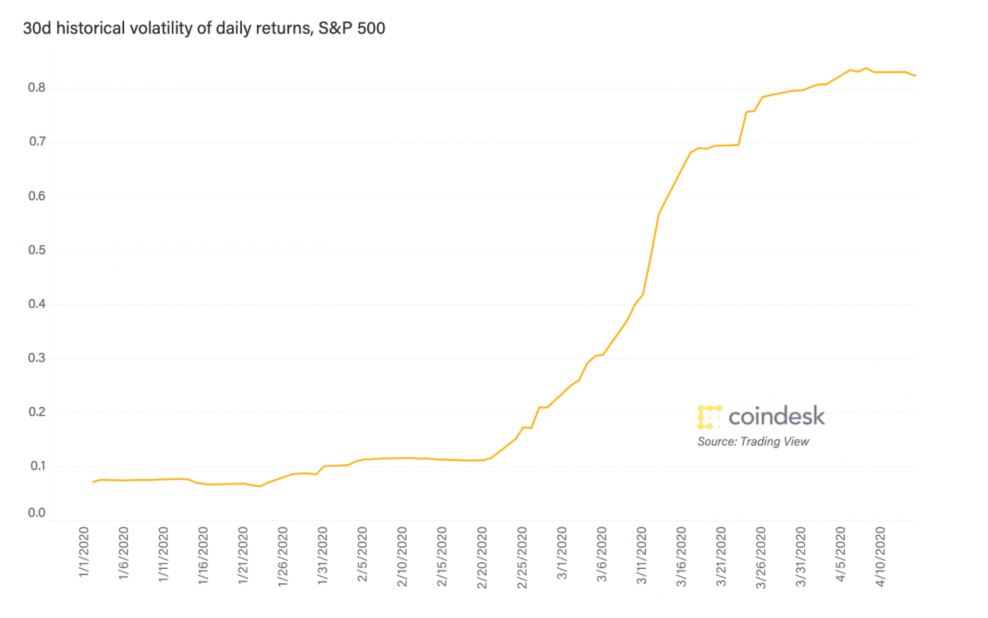 Now, this is really interesting to see that the S&P 500 is still maintaining very high volatility, while Bitcoin is actually going down and I think this is because a lot of people are actually holding onto their Bitcoins just in case there is a big spike in price after the May halving that’s about to happen.

“Investors are generally looking for stability, and volatile assets will be sold at no matter what they are.”

More investors are holding Bitcoin ahead of the halving, data suggests

The seven day moving average of the total number of Bitcoins held in exchange addresses fell to 2,214,000 on April 14th, the lowest level since last June. According to the numbers from blockchain intelligence firm Glassnode, the decline in exchange balances suggest a shift to long-term holding strategies, and that’s because investors usually withdraw coins from the exchanges to hold in their personal wallets when prices are expected to rise. 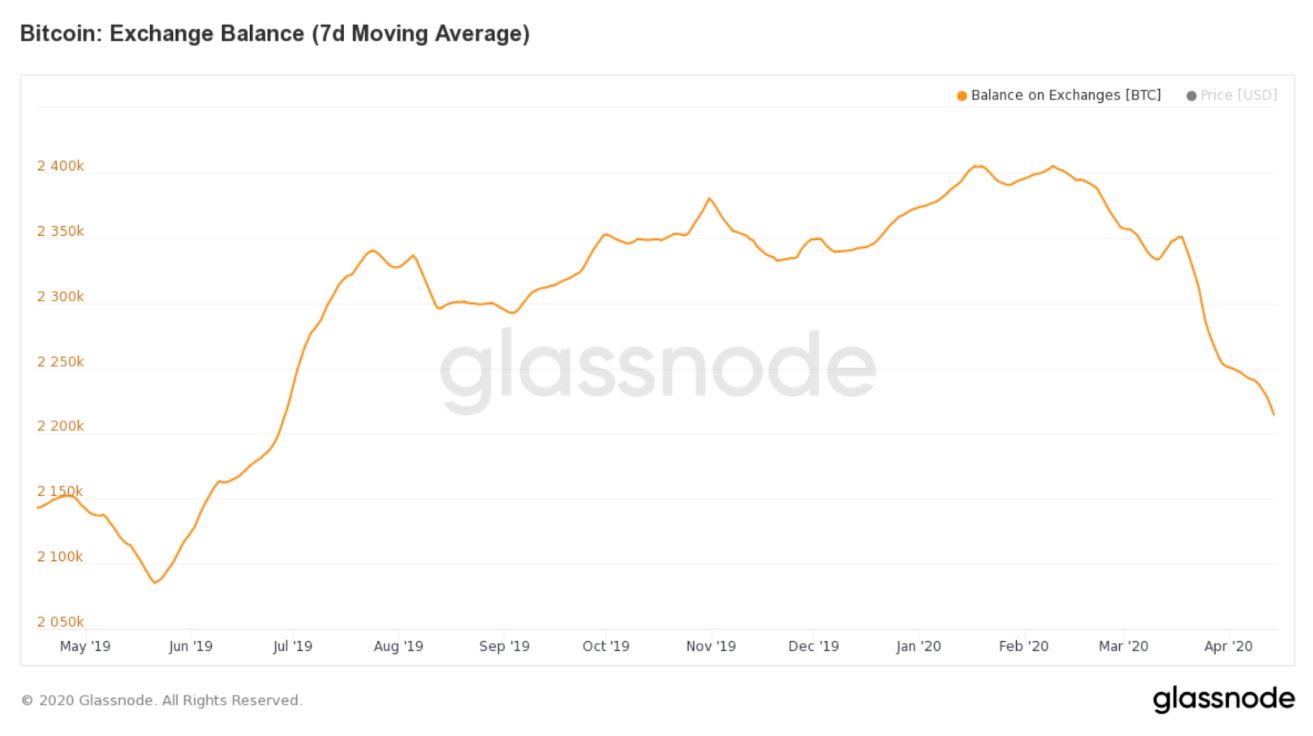 Conversely, they tend to move their balances to exchanges in preparation to sell when a price drop is expected. For instance, Bitcoins price fell by 33% in seven days to March 15th, at that time, the seven-day average of coins held on exchanges rows from 2.33 million to 2.35 million. However, the spike was short-lived and the downturn in change balances resumed from March 19th.

Essentially miners will be adding fewer coins to the ecosystem following the halving. Some analysts think this will create a supply deficit and push up prices. Once Bitcoin has had its halving next month. We expect prices to Rally carrying the rest of the market with it.

Meanwhile some stock to flow models indicate the halving could send Bitcoins price to $100,000 as noted in the multiple futures reports.

There’s a lot of things in motion right now in the cryptocurrency space and with Bitcoins halving coming up next month, I’m very curious to see how the markets are going to react. Because as everybody knows the price of something is always determined by supply and demand if there is less supply on the market the demand will go up like crazy causing the price to skyrocket and if these miners are actually holding onto their coins and not injecting it back into the system into circulation, we should see a huge spike.

Blockchain gaming platform Enjin is opening its wallet to Chinese users ahead of a planned expansion into the Asian nation. In an announcement on Monday, the project revealed its wallet for the Enjin coin cryptocurrency is now certified and compliant in China. The startup said approval for the wallet that had come from the nation’s Ministry of industry and information technology. When they launched over two years ago, Enjin wallet made headlines in 2019 when it partnered with technology giant Samsung. That news boosted the price of the Enjin coin by More than 70% in addition to ENS support, Enjin wallet also now has the ability to send and melt up to 100 distinct ERC 1155 blockchain tokens in one transaction. 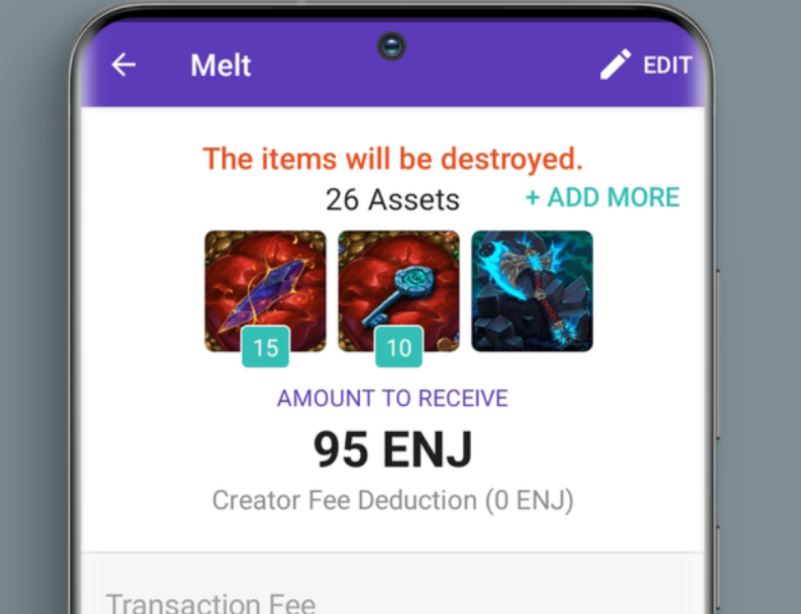 Melting refers to the burning or destroying of unused or unwanted collections of ERC 1155 blockchain assets in exchange for ENG tokens. Previously the multiple token transfer feature was only available to developers but now is accessible to all users.

Basically this mobile game is based on cryptocurrencies. So when you want to do in-app purchases instead of spending 99 Cents for a booster upgrade program or something, you’re basically going to sacrifice your ERC 1155 tokens and exchange them for their Enjin tokens, allow you to buy new levels, new games, and new booster packs inside of this app.

It’s really interesting to me how these new companies are utilizing cryptocurrencies to help promote their product as well as being more functional across the globe instead of dealing with hundreds of different Fiat currencies. They’re actually centralizing it to one cryptocurrency making the platform available to everybody globally.