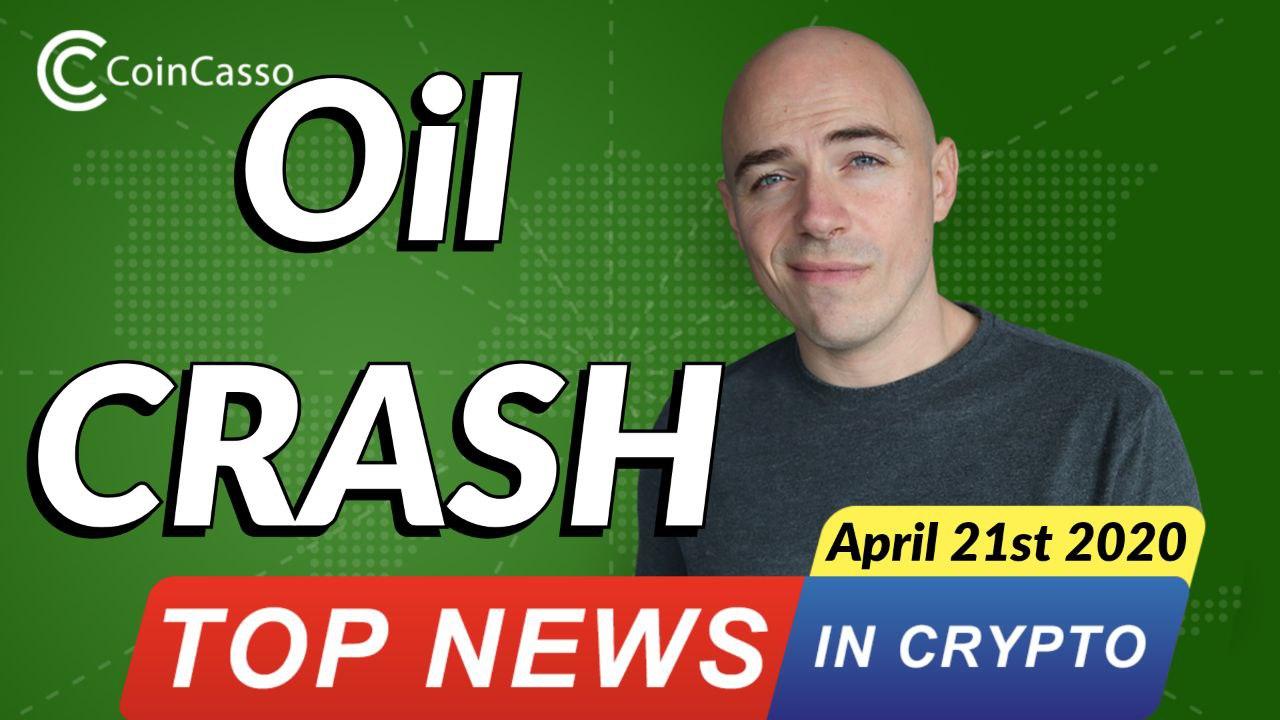 Monday marked a historic moment in traditional markets with the price of West Texas Intermediate Oil Futures going into negative territory for the first time ever. Contracts made for delivery expiring on Tuesday, Collapsed below -$40 per barrel at one point. In other words sellers were willing to pay as much as $40 to people to take a barrel off their hands. Excess Supply in the midst of the massive Global downturn has led the storage problems for crude oil. Some traders are even making $2 offers per barrel on the spot. 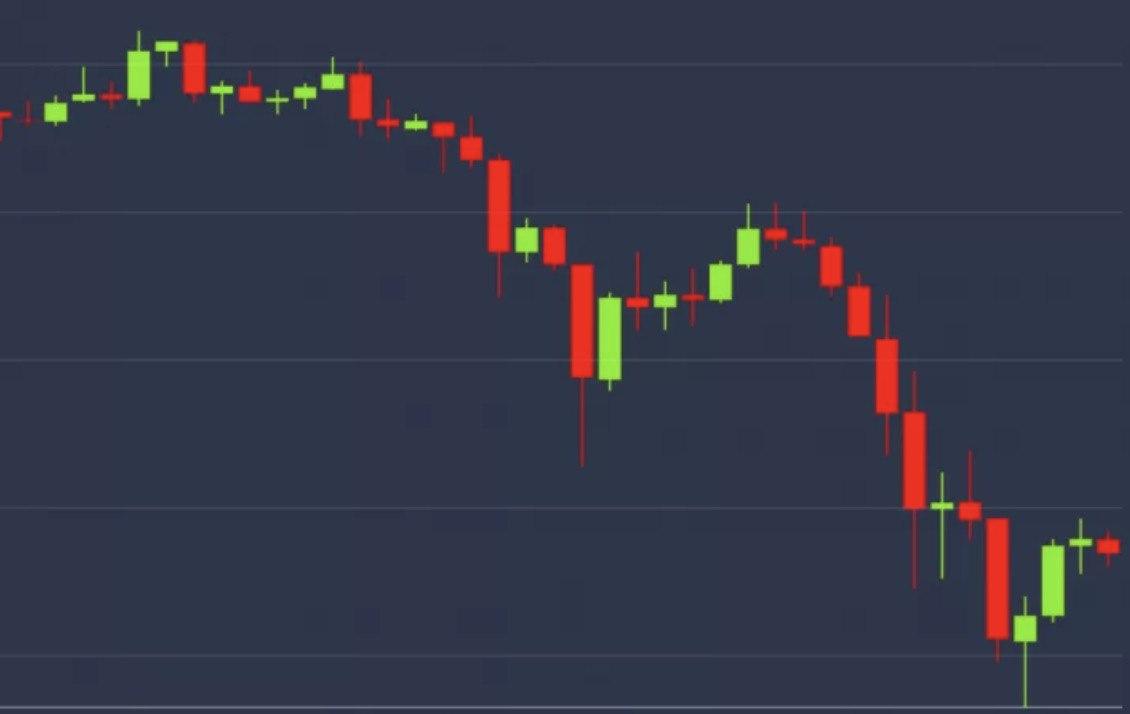 The breathtaking crash in oil prices was taken as a warning sign to US stocks and bonds recovery. Where demand for energy would put those stockpiled barrels into use. This appears to be further in the distance than anticipated. The S&P 500 Index slipped one point seven percent while safe-haven US Treasury bonds saw an influx of dollars that pushed to year yields down to 5%.

Bonds usually fall as prices rise. Now corresponding to the crypto markets, Bitcoins price merely Shrugged at the turmoil of the oil markets slipping only 4.4% in the last 24 hours.

Tether breaks $7 billion. The market capitalization of Tether or USDT. The largest stable coin in the cryptocurrency markets, surpasses $7 billion this week. More than double what it was a year ago, as tether is pegged at roughly 1 to 1 to the u.s. Dollar, it’s market cap is a reflection of how much it’s believed to be held in an asset against each coin with an additional $120 million printed on April 18th.

USDT currently has a circulating supply of 6,992,102,061 USDT due to USDT slight premium above the US dollar. The current market cap is around 7 billion.

I’m curious to see how this oil issue unfolds because oil is actually a product that deteriorates over time so they can’t store it because it’ll go bad. So they have to sell it in a certain amount of time and as they’re pumping it constantly they need to sell their supplies. So that’s why these prices are actually going into the negative. For the first time ever, which blows my mind. So be aware that at gas stations, you should see the price of gasoline fall very low.

China’s Central Bank confirmed it will be testing a mobile application for storing and exchanging the digital Yuan after a screenshot circulated on social media. The People’s Bank of China aims to roll out the international tests for a digital currency. They’re going to test it in these four cities (Shenzhen, Suzhou, Xiong’An and Chengdu) the same 4 cities were named on registration page for the test application.

The People’s Bank of China went out of its way to emphasize that this is just a test. “The rumored information about the DECP on the internet is part of the test in our research and development process and it does not mean the digital yuan has been launched officially” an unnamed official from the China digital currency Institute said in the statement. 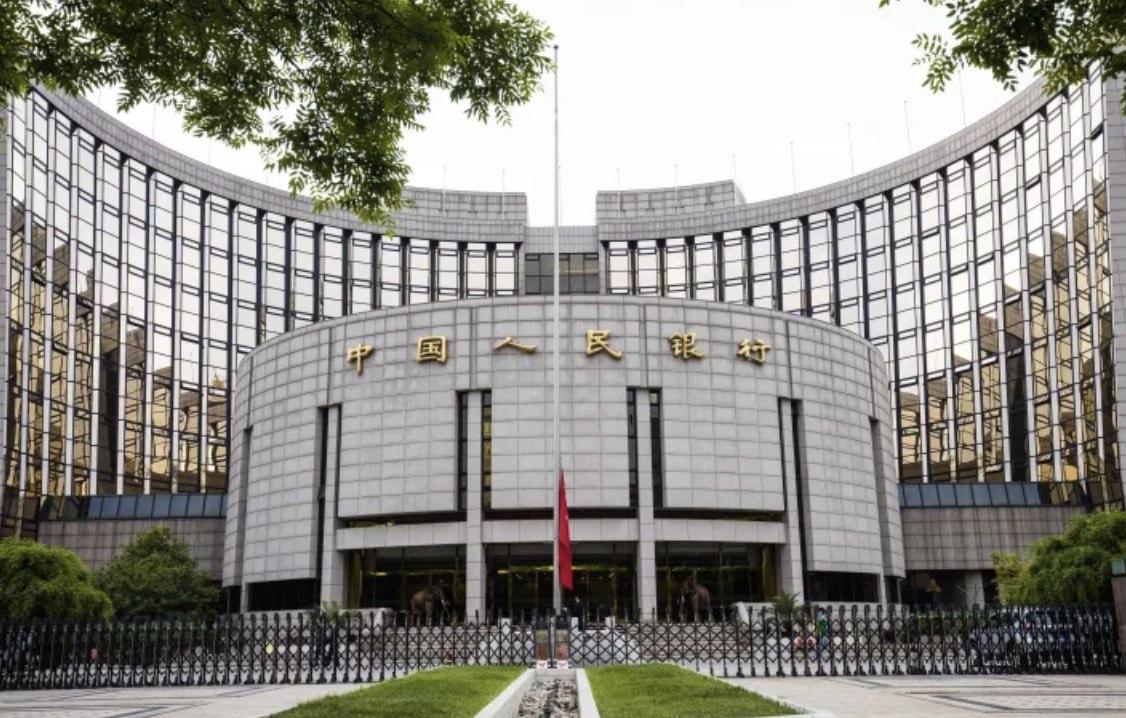 The officials said the pilot projects in these four cities are internal closed-circuit tests that will not affect commercial operations of the companies involved. Chinese financial markets or fiat currency circulation outside the test environment The People’s Bank of China did not give a clear schedule for the project. However, the bank said it does plan to run another internal test during the winter Olympic Games hosted in Beijing 2022.

The Chinese Central Bank assembled a task force to study a potential National virtual currency in 2014, approved by the state Council of the People’s Bank of China, invited major state-owned commercial Banks and other influential institutions to design a system for the digital Yuan in 2017.

Now if you remember a couple of weeks ago I covered the same topic that China is trying to produce this digital Yuan and I’m really glad they’re actually starting to leak this out to the public to see how they react and then getting a kind of a guage on how the community in the population is feeling about it. Let them see how it works. Make sure that everything is good, because what countries don’t want is to devalue their actual currency when introducing a digital currency into their Market. I’d like to see if it works in conjunction with it or if it would be a separate digital Yuan.

Bitcoin Market volatility has hit a three-month low marking a price-squeeze that could soon pave the way for the biggest move on either side.

The spread between Bitcoins Bollinger Bands volatility indicators placed two standard deviations above and below the 20 day moving price average narrowed to $895 on Monday. That’s the lowest level since January 6th when the spread was $636

Bitcoin has spent a better part of the last two weeks trading at a range from $6,450 to $7,450 with a range further narrowing to $7,000 to $7,300 since Thursday. The tightening of the Bollinger Bands is widely considered to be an advanced indicator of an impending big move. When it tightens it is because we’ve been consistently trading in a narrow range for a prolonged period and we should see a break out very soon.

Bearish move ahead? Uncertainty in both the stock and cryptocurrency markets has declined over the past couple of weeks, largely due to the Federal Reserve’s open-ended asset purchase program and the U.S. government’s massive fiscal stimulus worth trillions of dollars. However, markets are not out of the woods yet because the number of coronavirus cases is still rising globally. The coronavirus death toll in the U.S. crossed 40,000 over the weekend with over 744,000 infections, raising doubts over the nation’s readiness to reopen its economy.

Plus the oil crash that we discussed earlier put simply the low volatility period can end with a downside move. More so as miner-led selling pressure for bitcoin is currently high, according to crypto asset analytics company Coin Metrics.

We’re living in a really weird time in the market, things are going down because of the coronavirus, people want the economy to boost back up, so they’re buying into the stock exchange and things are artificially inflating. Also the halving is coming up, a lot of these miners that have been holding on to their Bitcoins, because that’s the currency that they generate while they’re mining, are selling off a lot of Bitcoins to capitalize on their Investments that they made because in the future they’re going to be making less Bitcoins during their mining process.

So we’re seeing a lot of sell-off from these miners causing the prices to go down like they are then we’re seeing the problems with oil and people selling them for -$40. They’re literally giving somebody $40 to take a barrel of oil off of their hands.