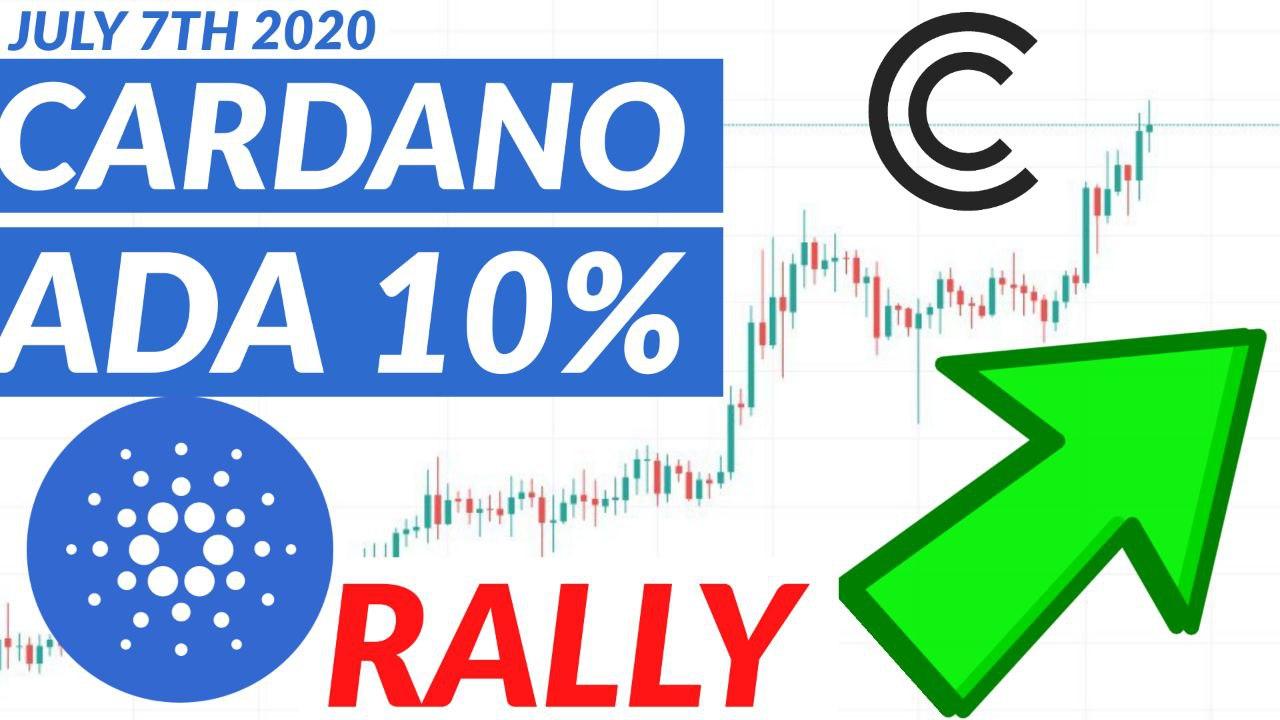 In today’s article we talk about how stocks rally as Bitcoin trades above 9.3K for the first time in 10 days. The Shelly upgrade puts cardano at its one-year High and the digital Yuan will have a hard time displacing tether in Asia. We also go over the Current top cryptocurrency prices as well as a brief analysis on bitcoin to see if we can predict the price in the future. 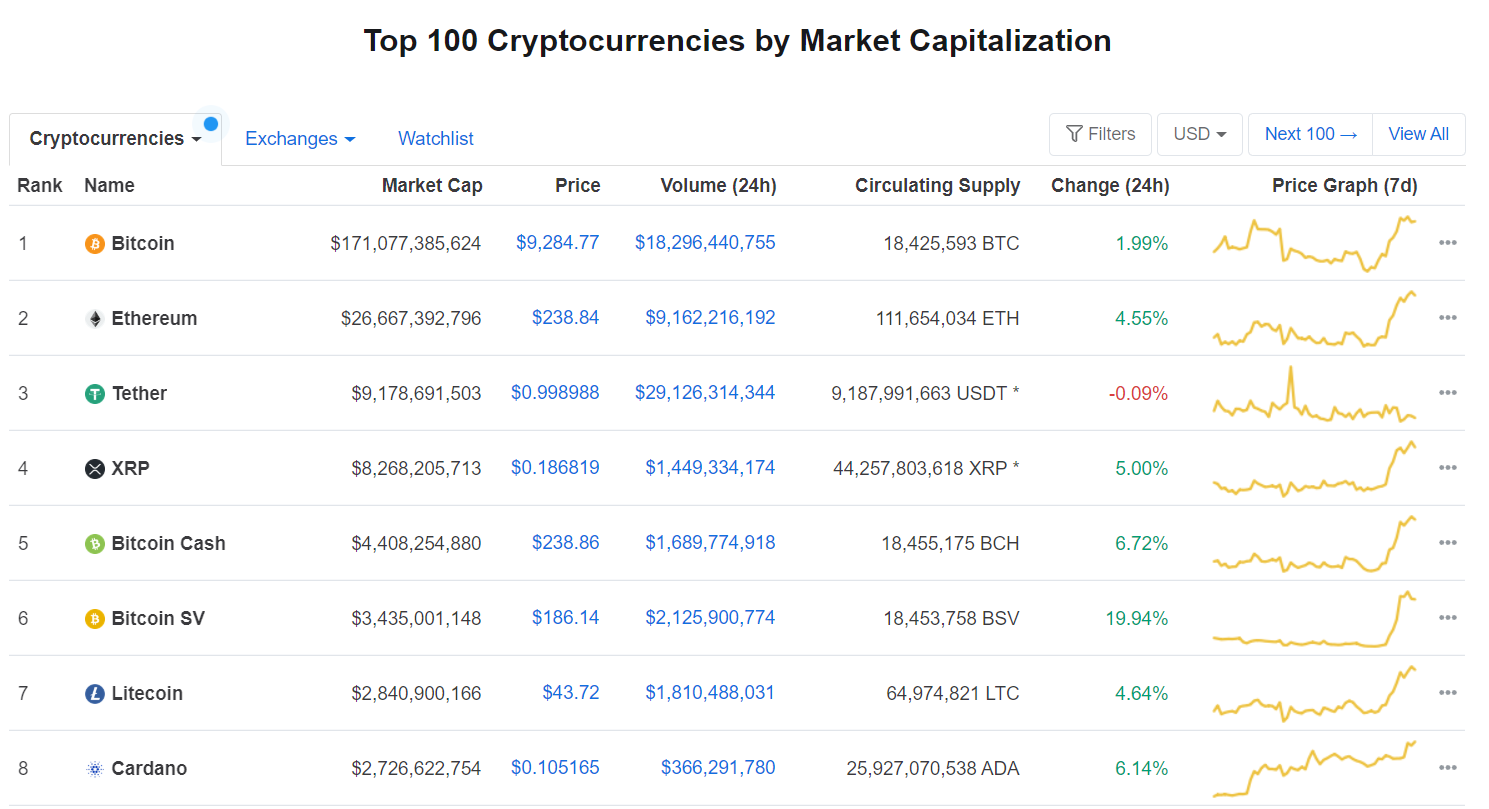 I’ve drawn this beautiful trend line where you can see it’s hit this donw trend 4 times. First at 10,000 then 9600 and now 9300 you do not have to be a professional analysts or any type of professional Trader to see that this is in a downtrend.

I’ve been talking about this price going down even further to the $8,500 mark but first it will test this channel it is currently doing that. And if you look really really closely it is on a reversal pattern meaning it’s going to drop back down and rest right about here at about 8,500.

As Stocks Rally, Bitcoin Trades Above $9.3K for the First Time in 10 Days

A rising tide in equities is lifting all boats – including in the bitcoin market.

“Equity markets are up across the board and so you see a spike in bitcoin’s price,” said Michael Rabkin, head of institutional sales at Chicago crypto trading firm DV Chain.

Indeed, stock indexes globally are flashing green. In Asia, the Nikkei 225 index of companies ended the day up 1.8%. Despite a rising number of coronavirus cases in Japan, gains were made in industrial stocks including conglomerate Mitsubishi. Europe’s FTSE 100 index closed up 1.5%. Optimism on fresh government stimulus across the continent contributed to leading the index higher. The U.S. S&P 500 index gained 1.6%. Record highs for tech stocks Netflix and Amazon led the way.

The eighth-largest cryptocurrency by market value jumped to $0.1021 on Saturday to hit its highest price level since June 2019. It has rallied by a staggering 170% in the second quarter, according to CoinDesk data.

Cardano-specific factors look to have fueled the big price rally, given that bitcoin, the top cryptocurrency and an anchor for crypto markets, has gained just 30% so far this year.

According to Daniel Ferraro, marketing director at blockchain intelligence firm IntoTheBlock, ADA’s impressive rally is the result of the excitement surrounding the “Shelley” upgrade, which would make Cardano 50 to 100
times more decentralized than other prominent blockchain networks. Further, it will introduce an incentive scheme, or staking, designed to reach equilibrium around 1,000 stake pools.

Staking refers to the process of holding coins in a cryptocurrency wallet to support the operations on a blockchain in return for newly minted coins. It is similar to earning interest on a fixed-income investment such as bonds.

An incentivized testnet (ITN) was launched in December 2019 to allow ADA holders, who acquired coins before November, to earn real staking rewards by participating in the testing of the Shelley upgrade. Currently, there are over $13 billion ADA staked on ITN, according to itn.adapools.org.

“The price rise seen over the past couple of months was likely fueled by the launch of staking on ITN,” said Simon Peters, crypto market analyst at investment platform eToro, who added, “The ITN phase is over and the focus now is on the mainet, which will go live once the hard fork takes place later this month.”

The first node deployed to the mainet on July 1, containing all features that will be implemented following the hard fork, expected to happen on July 29.

Following the completion of the upgrade, ADA investors, irrespective of the size of their holdings and the date of acquisition, would be able to earn staking rewards and delegate their coins.

The lure of making passive income by staking and participating in network activities is likely to keep investor interest in the cryptocurrency high.

“The Shelley upgrade will be another case of buy the rumor, sell the news,” Mostafa Al-Mashita, vice president of digital liquidity firm Secure Digital Markets, told CoinDesk in June.

“Buy the rumor, sell the news” refers to a situation where the price of an asset rallies in the days or months leading up to a highly anticipated positive event and drops on profit-taking after the event has happened.
ADA has carved out impressive gains over the past few months and may remain better bid ahead of the July 29 mainnet launch. Were investors to “sell the news,” the cryptocurrency may face some downside pressure in August.

Digital Yuan Will Have a Hard Time Displacing Tether in Asia 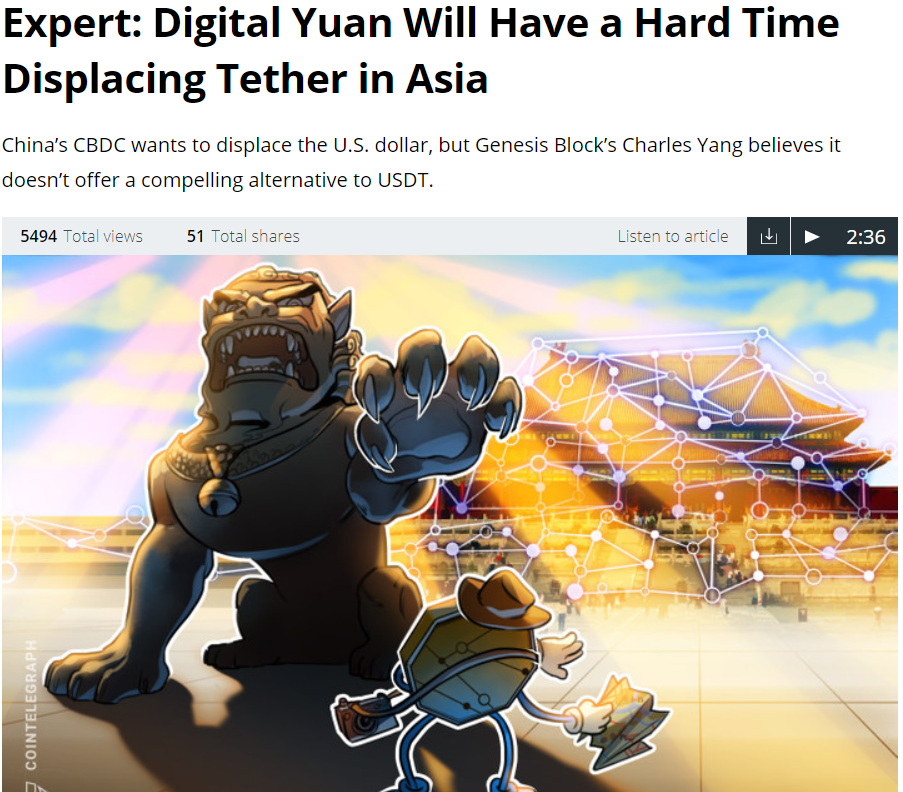 China’s central bank digital currency is usually identified as a way to challenge the dominance of the U.S. dollar, not Bitcoin (BTC). But it may struggle to find adoption in niches where crypto versions of the dollar thrive, primarily Tether (USDT).

At the Unitize panel on Monday, Charles Yang from Genesis Block explained why the DCEP, commonly referred to as digital yuan, is not particularly attractive as a crypto replacement.
Speculation and payments

Yang identified two key drivers of crypto adoption, specifically in Asia. The first is speculation, noting that traders from countries such as Korea and China have a higher tendency to take risks. But beyond that, crypto’s borderless nature is especially useful for Asian traders:

“Any country that has these capital constraints — Korea is a big one, China’s obviously another major one — [where] people just can’t go through regular banking channels to send money to a different country. […] This is the major use case of crypto right now.”

From that perspective, a centralized and bank-issued digital currency may not be a good replacement to USDT, as Yang believes that the rules for capital controls “will not change.”

He also raised an important concern for the DCEP’s internationalization and how other countries may react:

“For instance, if China launches DCEP on their blockchain, and they want other countries to accept it, these new countries need access to that data.”

Whether China’s central bank would be willing to share that data with other countries remains an open question.

Tether to remain king, for now

Yang explained that USDT is finding immense popularity in Asia as hundreds of millions of dollars are being traded every day. Despite previous concerns about its reserves, confidence among traders remains high, especially within timeframes of hours or days.

According to him, China cannot easily curtail Tether circulation in the country, despite the threat it may pose to capital controls and oversight.

On the other hand, the DCEP would have to establish itself in major crypto markets and exchanges to begin contesting USDT’s dominance:

“It’s just a means of moving value. That’s the most practical way to view it: ‘If you accept it, how quickly and how reliably you can offload it without a great sacrifice?’”

He added that in the case of the Hong Kong-based Genesis Block, it would readily accept it as “plenty of people have renminbi liquidity needs.” But in the case of other countries and continents, some may refuse to have any yuan exposure at all.

Thus, lack of global adoption could make it difficult for China to take control of the cryptocurrency ecosystem through the digital yuan — at least for now.

Reference Articles:
As Stocks Rally, Bitcoin Trades Above $9.3K for the First Time in 10 Days
Cardano at One-Year High on Shelley Upgrade
Digital Yuan Will Have a Hard Time Displacing Tether in Asia