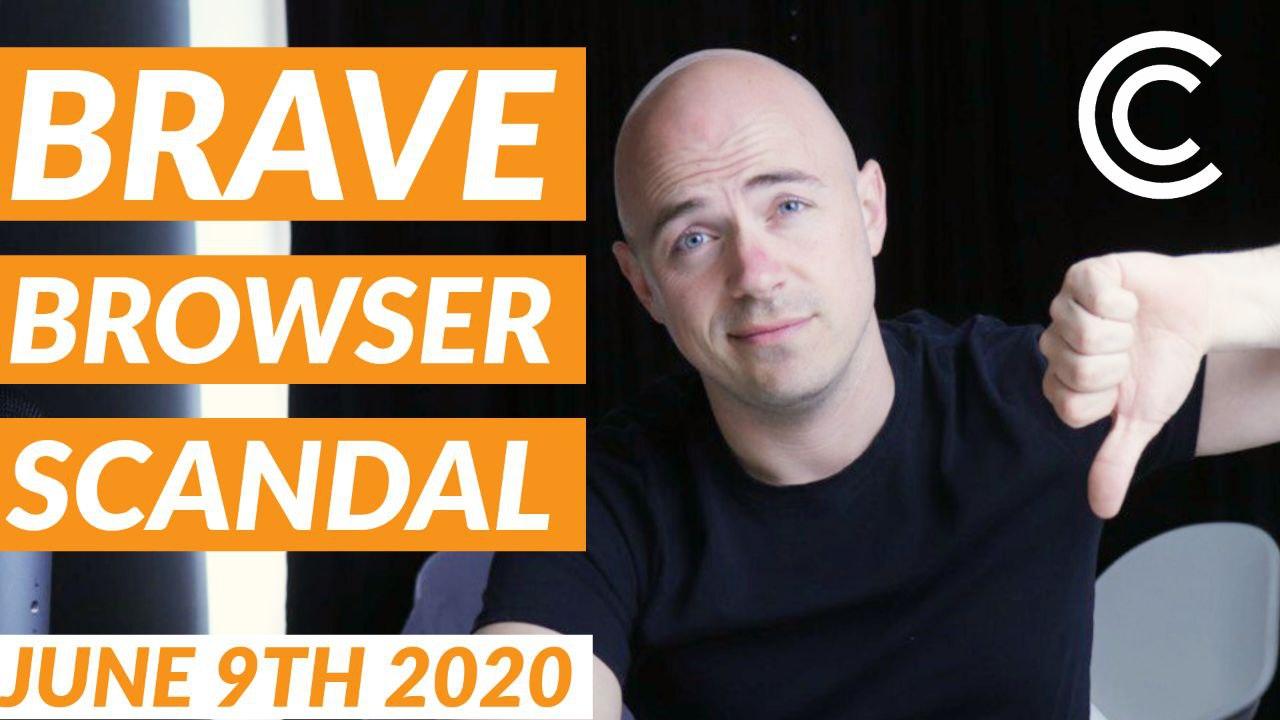 In today’s article we’re going to cover the Brave browsers affiliate link scandal, illegal crypto miners stealing energy in Russia, as well as Bitcoins $10,000 barrier. So if you want to stay up to date on everything going around in the cryptocurrency world, sit back, relax and enjoy the show.

This publication is sponsored by the CoinCasso Cryptocurrency Exchange. So if you’re unsatisfied with your current cryptocurrency exchange, consider checking out our new exchange and start trading today.

Now, let’s jump into tradingview, and take a look at Bitcoin and see what it’s going to do in the future and what it’s done in the past. Here we are looking at the one day chart and this is basically looking at Bitcoin over the last year.

For those of you that have been watching this channel for any amount of time, you know that I’ve been talking about this downward Trend that we’ve been in and we’ve actually broken out of that going in this short upwards trajectory. The reason I’m calling it short is because we’re only looking at this range since the coronavirus drop on March 12th. 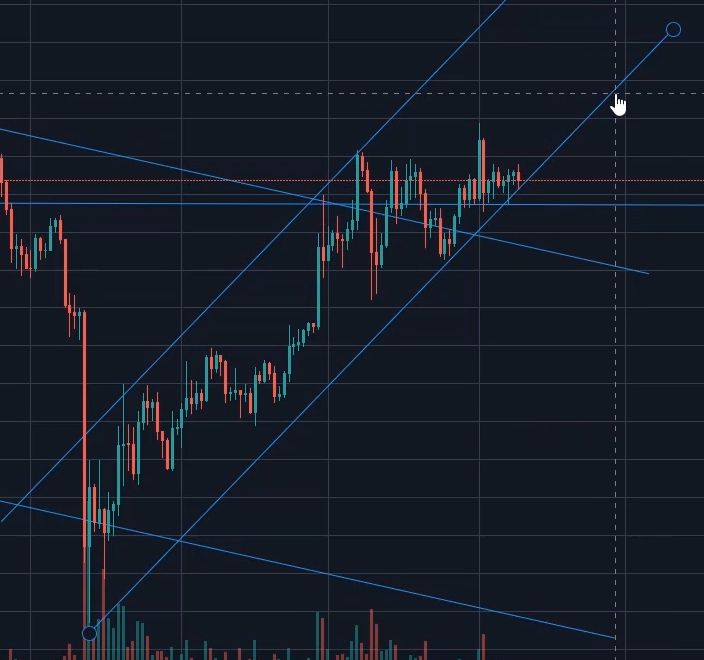 Just a quick recap for everybody. That’s new here. I’ve been talking about this for the last two weeks already. This downwards Trend and this new upwards Trend that we’re looking at also this resistance level sitting at about $9,300 hitting so many points over the last year. And that it is a key resistance and support level over time.

Now what I’ve been saying lately is if we keep in this upwards trending Channel not falling below the support line and trying to get up to this $11,500 Mark.

We are in a very important time to predict the future of Bitcoin. Getting past this area is going to be a key determining Factor showing Which Way Bitcoins going to go in the future. Is it going to drop below this support level and keep coming down or will it continue on its way up?

As you can see here on June 7th. We actually did break below this lower support Channel and almost exactly hit this line that I made a few days ago calling out this $9,300 range. 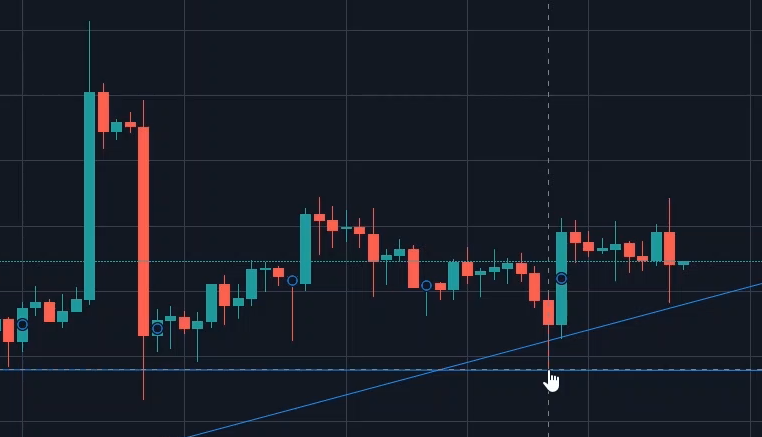 It did immediately shoot back up to this lower support channel on the upwards Trend. We did see a nice climb over the next day, but we are still playing on this lower Channel now, unless something major happens and we see a big increase. I think we’re getting way too close here and over the next few days if we don’t break above this line. We will be using this as the new support level. if it breaks through that we will use this as the next support level which is down $8,800.

Now, this is not good news for Bitcoin and it could cause the market to lose confidence in the asset. I am very optimistic about Bitcoin and I like to think that it’s going to go to the moon but when you look at statistics like This we have to break through these barriers to see an upward climb.

So if I was actually day trading Bitcoin, I would actually wait for the next few days to see exactly if it’s going to break through these channels and not risk too much of a loss. (Not a financial advisor) 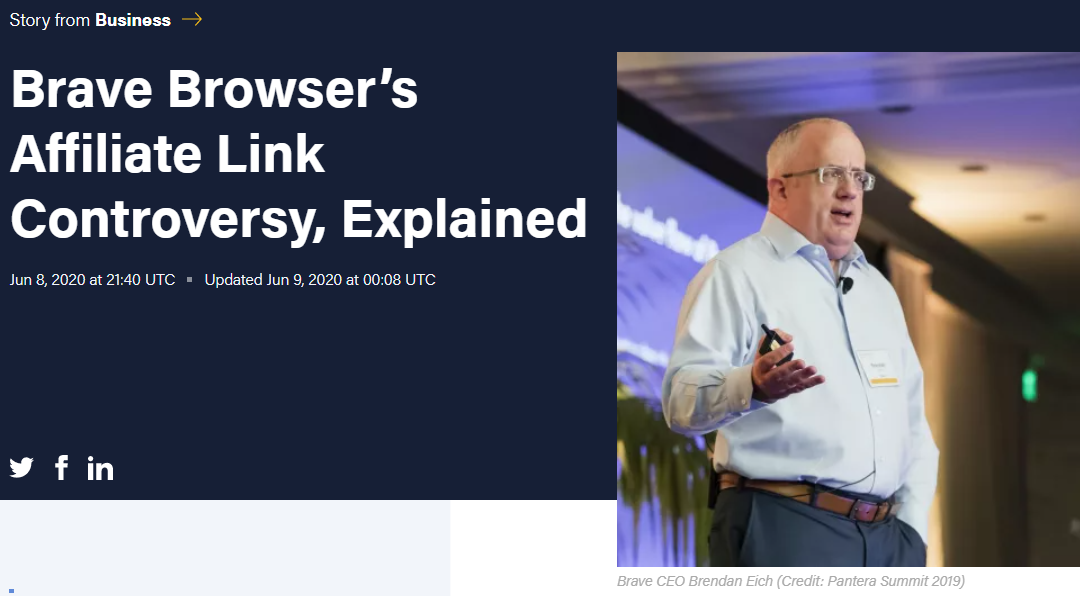 The browser maker Brave, which launched around protecting online privacy, was called out this weekend when users noticed that typing in the name of the leading cryptocurrency exchange, Binance, resulted in an auto-complete that ended in a referral link.

First noticed by Yannick Eckl on June 6 and first reported by Decrypt, the browser was sending signals to Binance that a user had been referred by Brave when they had not been. Brave founder Brendan Eich has since acknowledged the mistake and told users that the referral language should stop appearing soon.

He wrote on Twitter on June 6:
“We made a mistake, we’re correcting: Brave default autocompletes verbatim ‘http://binance.us’ in address bar to add an affiliate code. We are a Binance affiliate, we refer users via the opt-in trading widget on the new tab page, but autocomplete should not add any code.”

Now if you guys are unfamiliar with referral links, there are certain rules and regulations that you have to adhere to, to get a qualified referral. You actually have to have a piece of content behind it whether it’s an advertisement or a Content page: a podcast, blog or YouTube video. You’re basically selling the product for the company to the end user and getting a commission off of that.

But in the case of Brave users, they are simply searching the word Binance and automatically getting a referral link tagged onto the end of it. This in fact is against the rules and regulations of affiliate linking.

This is a total manipulation of search results and actually decreases the confidence of your users and they should lose a huge user base because of it. 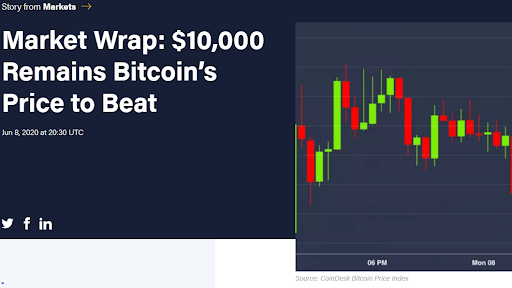 It was $10,000 or bust as bitcoin traded unremarkably for much of Monday.

At 00:00 UTC on Monday (8:00 p.m. Sunday ET), bitcoin was changing hands at around $9,760 on spot exchanges including Coinbase. The price has stayed more or less in a range between $9,600 and 9,700, keeping bitcoin above its 50-day and 10-day moving averages, a bullish technical indicator. This sentiment was helped by large volumes of trading Sunday, when prices rallied from below $9,400 to as high as $9,800.

“The market looks calm and the volume in the top-tier spot exchange volume is pretty low,” said Sasha Goldberg, a senior trading specialist for crypto firm Efficient Frontier. “We are close to the $10,000 limit,” he added. “If bitcoin is not able to go above that level and stay there, it’s possible that we’ll see a pullback to the $8,000 level.”

Now again, this $10,000 barrier for Bitcoin is massively psychological in the eyes of the population. Traders resisting a buy into Bitcoin thinking that it’s going to hit this $10,000 Mark and drop back down.

I feel like once the big buyers of Bitcoin get into it below $10,000 and it breaks above that $10,000 barrier and Trades there for at least a week. That’s when Market confidence is going to return and that’s when the average person is going to be investing into Bitcoin above $10,000 causing it to continue to go up. People are just very hesitant on this $10,000 barrier. They don’t want to lose their money, which is completely understandable. 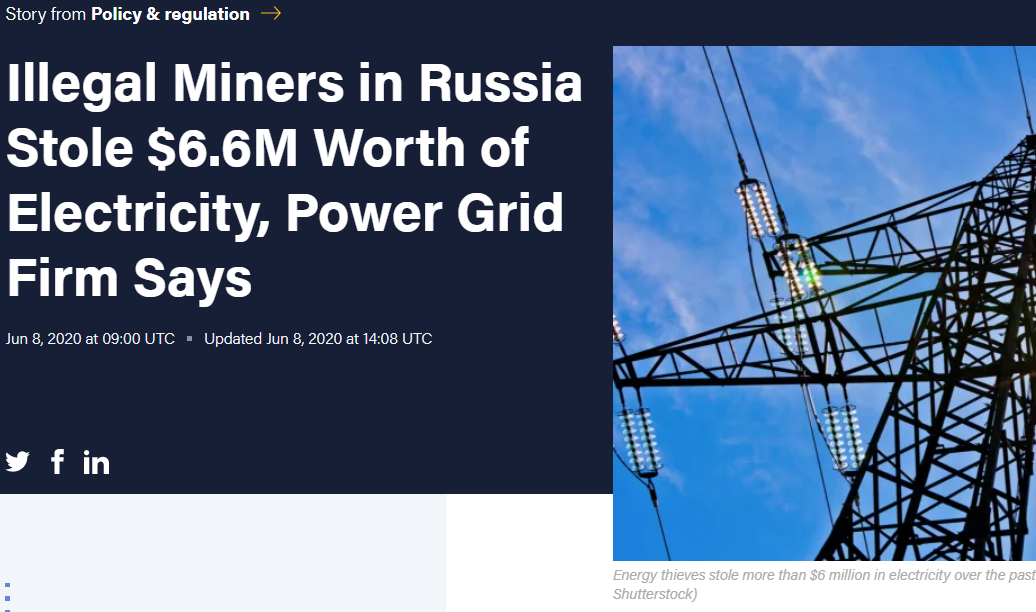 The company initially reported the figure in its official Telegram channel (in Russian) and later confirmed the number to CoinDesk. According to Rosseti, it has been looking for mining farms that don’t have any contracts with local power generating firms, but still plug into the electric grids and use generated electricity without paying for it.

It would usually happen on the premises of an already existing business, such as a factory, where the owners want to earn “additional income,” a Rossetti spokesperson told CoinDesk. Other mining farm locations included garages, rented offices, a house in the woods and a former actual farm (for producing food, not bitcoin), where the ASICs were placed.

To steal electricity, the owners would pull an electric cord right to the nearest power line and build their own power transforming stations. In one such case, the owner hid the station literally underground, burying it in the soil in a public forest, according to Rosseti.

People would also tamper with the power meters to make it look like they consume less energy than a mining farm would need – which, in the case of bitcoin mining, would be more than a kilowatt per hour for a single mining machine, multiplied by thousands of machines per farm.

If you’re getting free electricity, you are at 100% profit. The only issue with free electricity is that it’s illegal. I mean kudos to these guys who were pulling it off for three years, but they got caught and now they’re in a lot of trouble.