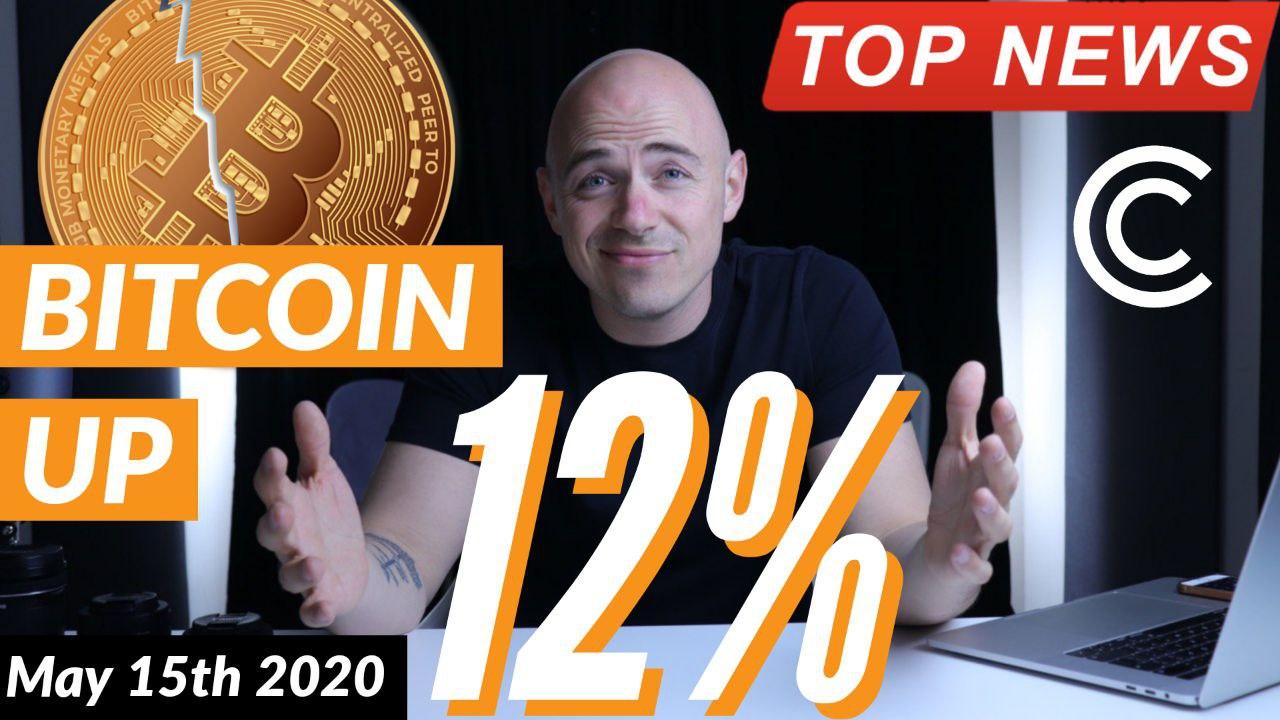 Bitcoin’s Price Up 12% Since the Halving

Bitcoin has seen steady gains in price since the halving took place on May 11. The number of institutional investors trading in the CME crypto options market is a sign of continued interest in this asset class.

Over the past 24 hours, bitcoin (BTC) was trading up 6% at $9,689. The world’s first cryptocurrency is chugging higher, with technical indicators including the 10-day and 50-day moving averages above bullish levels since May 13.

Bitcoin options open interest on CME, or the total number of outstanding contracts, have spiked since May 5, a sign of institutional interest. On Thursday, options open interest reached a high of $105 million, a huge jump considering average daily interest has been a paltry $13 million since Jan. 13

Trading on the CME is generally done by well-capitalized investors with experience trading derivatives. The rise in open interest is likely coming from that subset of the market

The bitcoin activity uptick on the CME is from traders making bullish bets, says Shah. “The interest is in higher strikes, like May at $10,500 is a popular one,” he said. “There’s a fair chance these are buyers of calls. Interestingly, $10,500 is a key level on the BTC chart, and a move through there is expected to bring some fireworks.

Now I don’t know if those fireworks are celebratory at 10,500 or when somebody’s fireworks get ignited in their garage and the whole house burns down. But it’s really nice to see that Bitcoin has had a nice upswing since the halving event.

As Fed Swats Down Negative Rates, Bitcoiners Wonder, “What If”

Now if you remember in yesterday’s video, I discussed how President Donald Trump actually announced that he would focus on negative interest rates for banks. meaning that they would be incentivized to give out money as loans to businesses and people as opposed to storing that money and holding it. 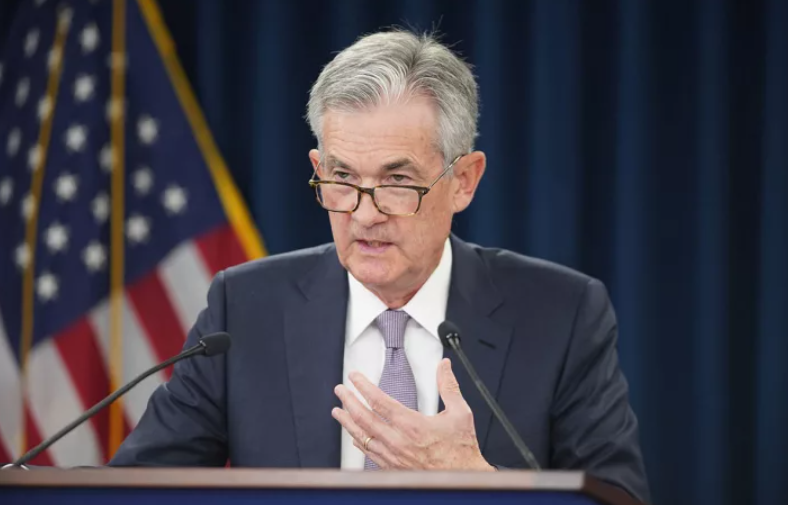 After bitcoin’s much-hyped halving failed to generate a price rally, crypto traders have been turning to a new bullish investment thesis: the possibility the Federal Reserve might cut its benchmark interest rate to below zero.

Fed Chair Jerome Powell said in a televised interview Wednesday that negative rates are “not something that we’re looking at.” The remark disappointed U.S. stock traders who were hoping for an easier monetary stance, helping to send the Standard & Poor’s 500 down by 1.7% to a three-week low.

Bitcoin, on the other hand, jumped some 6% on Wednesday to about $9,300. The cryptocurrency has now recovered about half of what it lost in a four-day sell-off through Monday, when bitcoin underwent the third halving in its 11-year history.

Some analysts had predicted the halving, which cut bitcoin’s block reward from 12.5 BTC to 6.25 BTC, could send prices to $90,000 or even higher; the anemic price action in the lead-up to the event left some bulls feeling underwhelmed.

Basically, this is politics. when the president wants to do something, there’s checks and balances. There’s people that oppose him. It’s all politics. These types of situations on the news do affect the market a lot but an actual concrete decision and having a Bill pass that makes even bigger moves in the market.

While bitcoin is fast reversing its pre-halving price drop, some miners still look to be leaving the network. 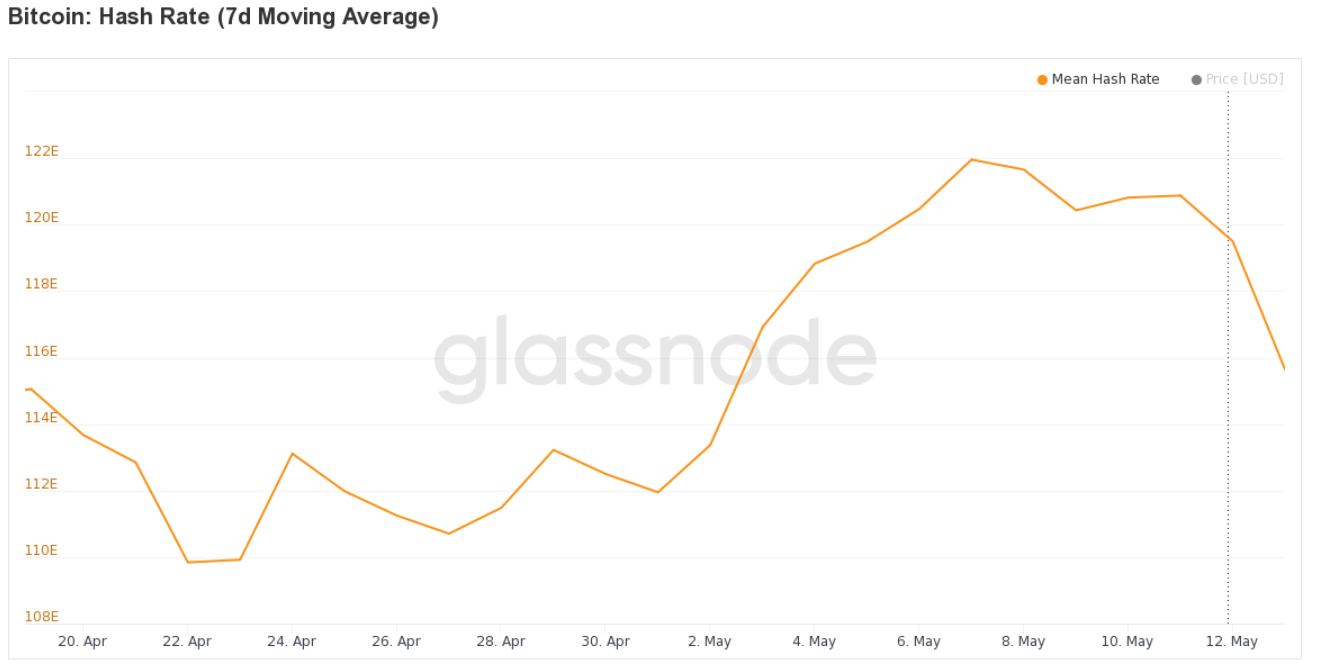 At time of writing, the top cryptocurrency by market value is changing hands at $9,730, representing a 20% gain on the low of $8,100 observed Sunday – the day before Bitcoin underwent its third mining reward halving.

While the price has recovered a major portion of the lost ground, the cryptocurrency’s hashrate (the total computing power dedicated to mining blocks on the blockchain) has declined to 98 exahashes (EH/s) – that’s down 27% from the high of 135 EH/s observed on Monday

The decline in the hashrate suggests some miners have scaled back or shut down operations following Monday’s halving of block rewards from 12.5 BTC to 6.25 BTC, which makes returning a profit harder or impossible with older mining machines

However, if prices continue to rise, even the older-generation machines might once more be worth switching on, especially as electricity costs are expected to go down with the arrival of the monsoon season in China’s Sichuan province, a region that contributes over 50% of the total mining power on the Bitcoin network.

Like I said a few days ago, because this halving happened, a lot of miners aren’t profitable anymore and will be shutting their doors if they were able to plan properly and adapt and get ready for this. The ones that did are going to be successful heading into the future.

Reference articles:
Bitcoin’s Price Up 12% Since the Halving
As Fed Swats Down Negative Rates, Bitcoiners Wonder, ‘What If’
Bitcoin’s Price Has Bounced but Miners May Still Be Switching Off Post-Halving