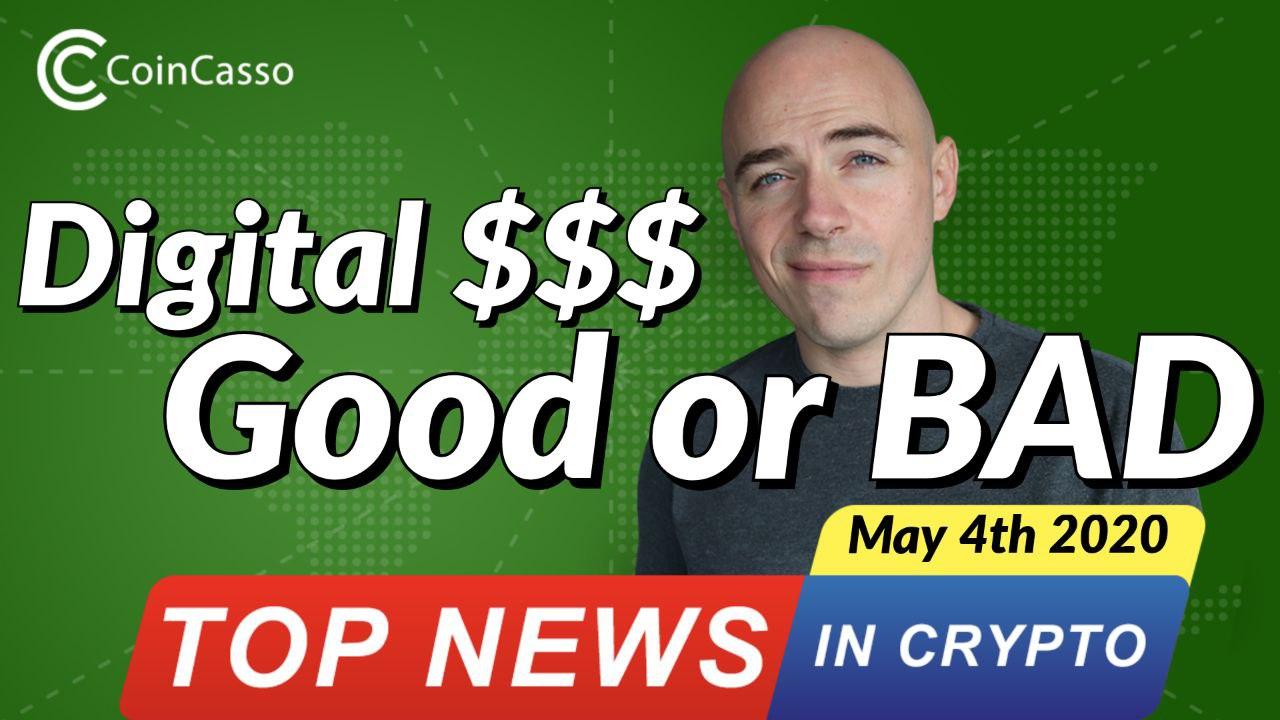 Digital Dollars Give the State Too Much Control Over Money

A bipartisan group of U.S. congressmen wrote Treasury Secretary Steven Mnuchin last week, urging him to consider the use of blockchain technology in administering the federal government’s coronavirus response. 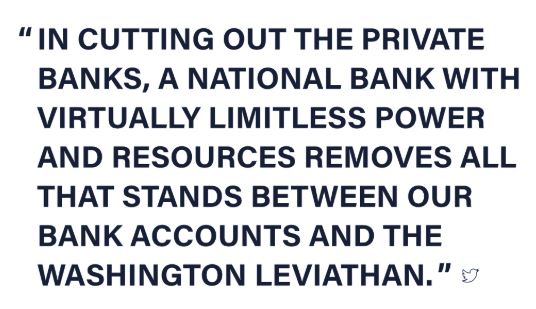 This comes just a month after Democrats in the House and Senate proposed bills that would allow individuals to hold checking accounts directly with Federal Reserve banks. Such accounts have been referred to as “digital dollars,” and such plans aim to both stimulate the economy with direct cash injections and bank the unbanked.

Although this may seem like a sleek new idea riding the crest of enthusiasm over blockchains, digital currency and financial inclusion, a similar proposal, dubbed the “Chicago Plan,” was considered by President Franklin Roosevelt during the Great Depression of the 1930s and ultimately rejected.

Then, like now, the plan is not without benefits. But then, like now, it should be rejected because it would be one of the biggest power grabs in American history, politicizing our system of finance irrevocably.

It is true that digital dollar accounts, like private checking accounts, would be insured by the FDIC. But this should be cold comfort to Americans facing the specter of hyperinflation if such insurance was ever actually needed. It is true that, as a lender-of-last-resort, the Fed cannot, by definition, default. But neither can private banks if the Fed provides them with liquidity. Either way, if the economy is getting to a point where such a scenario is possible, people would just lose confidence in the Fed rather than individual banks – another problem of centralization.

The United States was founded with a deep skepticism, both principled and practical, of centralized authority. In crafting our system of federalism, our Founders knew it was better to have competition even if it meant forgoing the possibility of Nirvana. We now have financial federalism where banks are able to compete with one another to provide the best services. A national bank with virtually limitless power and resources is a huge deterrent to the free market and an even larger temptation to autocrats.

Basically what this article is saying is that having the central bank’s own federal digital currency, like a cryptocurrency, would put all other Banks out of business. Everybody would be using the FED digital dollar as opposed to going to a normal institution thus causing a monopoly of sorts which is illegal in the United States.

My opinion on the topic is a little bit skewed from this person’s perspective. I believe the traditional Banks like Bank of America, Chase bank, Wells Fargo, all of these systems are broken, they fee and tax their users beyond belief the Federal Reserve adopting a digital dollar to replace or supplement the US currency, the fiat currency, the actual paperback dollar, would help the system a lot. It would allow people to experience a digital cryptocurrency on a decentralized network. And this case it would be centralized, but it would open up the entire population to this as a solution, and once they realize that Central governments and central banks are a broken old technology, that’ll convert more people into cryptocurrencies and that will allow cryptocurrencies to actually become the new norm, which is the transition that we need to replace Fiat currencies with digital currencies.

If you think about the benefits of digital currencies, a bank, when you transfer money to somebody, your bank contacts their bank and then they get the money, right? So in between each, banks like to take their cut. With digital currencies, I can transfer my digital currencies to anyone in the entire world with an internet connection for free. I am my own bank. I store my own money and I am the person that authorizes the transaction. There’s no bank. There’s no Mediary, which is why I prefer cryptocurrencies to normal Fiat currencies because the only thing affecting the price of my currency is the global market and supply and demand.

Whereas in the case of Venezuela, when you have a corrupt government that causes hyperinflation, and so your huge savings of a hundred thousand is absolutely worth zero dollars and maybe you could buy a loaf of bread. The global population is in control of cryptocurrencies not centralized Banks.

I feel like this is the next step we need to take to get cryptocurrencies used globally by the majority.

In an unusual deviation from the norm, bitcoin miners just produced 16 blocks in 63 minutes, according to the Blockstream bitcoin block explorer. Four of the new blocks were reported within 46 seconds at 19:02 UTC on Friday. 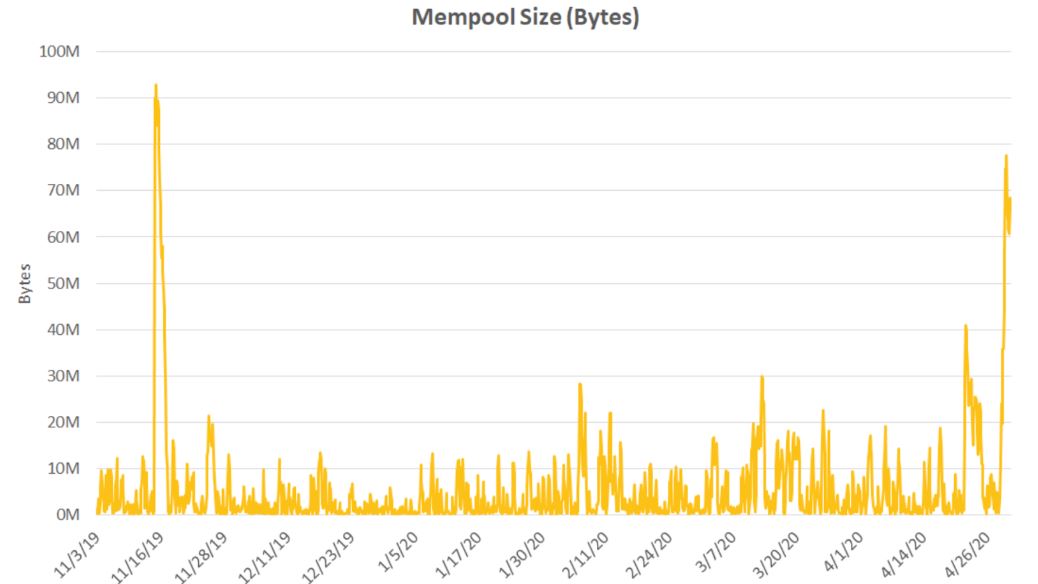 Each new bitcoin block is produced every 10 minutes, on average. The exact time required to produce a new block can vary significantly and depends in part on the current mining difficulty level, which adjusts every 2,016 blocks, or approximately once every two weeks.

Such rapid block production could signal bitcoin’s current difficulty level is too low, meaning mining new blocks is too easy. Or it could be a simple coincidence, the product of block time variability.

The event coincides with a six-month high in the aggregate size of unconfirmed transactions in bitcoin’s mempool. Bitcoin transactions are sent to the mempool, which serves as a sort of holding depot, after they have been verified by other non-mining nodes in the network. Miners then take transactions from the mempool and insert them into new blocks, which are then added to the Bitcoin blockchain.

Bitcoin is now up over 20% in 2020 after rallying to over $9,500 on Thursday. The cryptocurrency’s recovery from March lows ahead of the protocol’s third halving event is primarily fueled by American investors, according to market data.

On U.S.-based exchanges, bitcoin has traded at sustained premiums during the end of March and through April. Spot premiums indicate that an exchange is experiencing stronger buy-side pressure relative to other spot markets, signaling higher demand.

By contrast, after the cycle lows in December 2018, bitcoin spot prices on all dominant exchanges traded closely to the index price

supported by strong growth in spot volumes on exchanges like Coinbase, while futures open interest remained relatively flat at $2 billion following the leverage flush during the March selloff

Why Americans are scrambling to buy bitcoin is an open question. Bitcoin’s third halving event is less than two weeks away, and Google search data shows record interest in the event. Some buyers might be anticipating significant price inflation after the event.

Like I mentioned last week, this is completely the American FOMO mentality, the fear of missing out. Everybody’s talking about Bitcoin, Bitcoin halving is coming up, the prices dropped. Everybody wants to get back in. They don’t want to miss out before it hits $10,000. They think it’s going to skyrocket to the moon in the next week and they can make some quick cash.

But what i think is going to happen is all these people are going to inject Bitcoin, Bitcoin is going to go up closer to the halving. It will slow down a little after the halving. It’ll steadily climb up and eventually in 20 years. It’ll be a Global Currency that everybody talks about. Obviously, this is speculation, but that’s what everybody’s thinking.