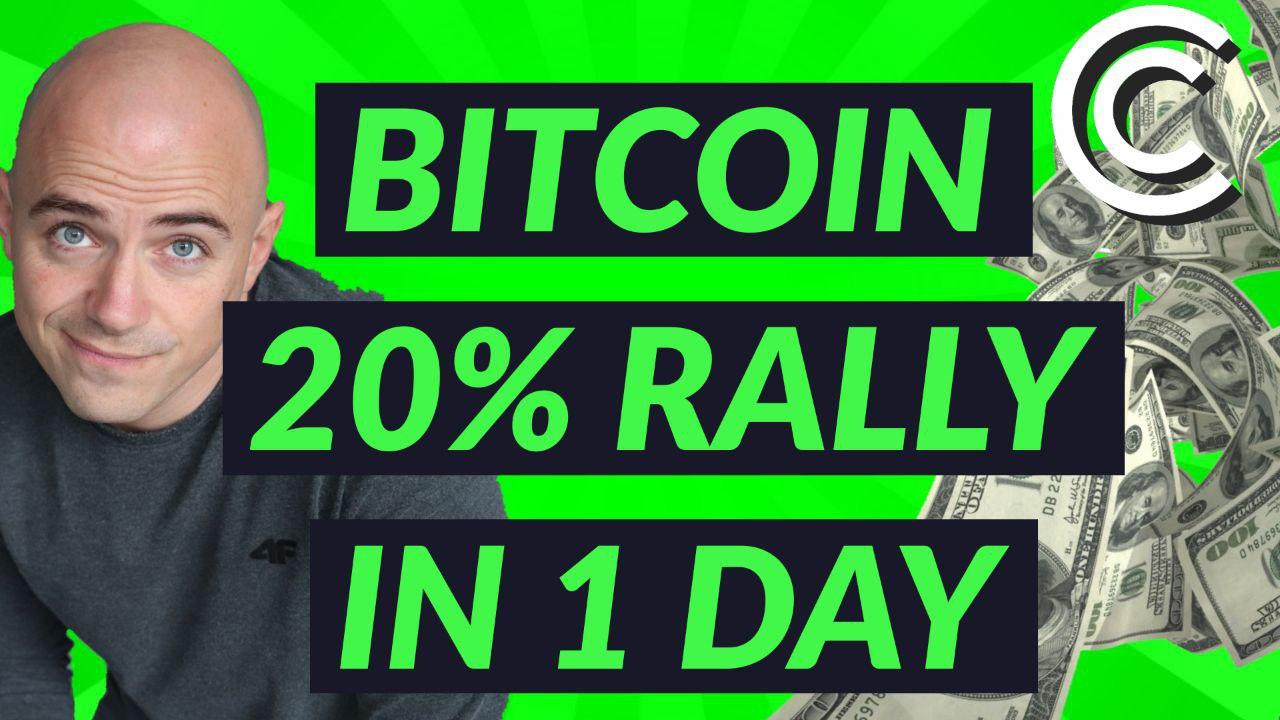 There’s an old saying on Wall Street that financial markets are driven by two emotions, fear and greed. In the crypto markets, the driver is often a combination of the two: fear of missing out.

The FOMO, as it’s often called, looked strong Wednesday as bitcoin jumped to its highest levels in nearly two months, rising as high as $8,900 while a buoyant stock market shrugged off bad economic data.

At press time, the world’s largest cryptocurrency by market capitalization was up an eye-catching 14% over 24 hours at $8,851, well above the 10-day and 50-day technical indicator moving averages, signaling extreme bullish sentiment.

Crypto stakeholders continue to talk up the upcoming halving, an event that happens as often as the Olympic games or a U.S. presidential election, and for many bitcoiners is more important than either.

The media coverage of the halving over the last five months, combined with continually increasing Google search volume for ‘bitcoin halving’, suggests that we may see similar FOMO around the upcoming halving event, in the normal markets The S&P 500 index climbed 2.6% in trading Wednesday despite poor GDP numbers showing the world’s largest economy contracted for the first time in six years.

Personally, I don’t know if bitcoin can hit $10,000 but I think as long as the stock market performs well it will continue to have a positive impact on bitcoin

As I have predicted, the hype around the Bitcoin halving coming up is causing a lot of people to talk about it. A lot of news outlets are covering the Bitcoin halving; people have seen the statistics of what has happened several months after each previous halving with the price just Skyrocketed up.

So a lot of people have a fear of missing out (FOMO) and we’ve had this perfect storm of the economy dropping but the United States actually giving a humongous stimulus package offering $1,200 to each American citizen. That $1,200 coupled with all the publicity on bitcoin is causing many new users to invest for the first time into Bitcoin.

Which is exactly what Bitcoin needed to go up, is new users, now this article Is a few hours old and since they’ve quoted $8,900. It’s actually up to $9,200 which is an increase of 17 percent over the last 24 hours.

Coinbase Suffers Temporary Outage as Bitcoin Soars as High as $8,900

Coinbase experienced a brief outage Wednesday as the price of bitcoin rallied to just below $9,000.

Kraken reported some issues connecting with its API as well on Wednesday, though it said its platform had returned to normal operations by 18:56 UTC.

Coinbase has gone down during volatile trading days in the past. In June 2019, the exchange’s site and API went down during a nearly $2,000 fall over a 15-minute period, an issue that Coinbase Pro users appear to have experienced again in November 2019.

Before Wednesday, the site went down in March 2020 during the crypto market’s “Black Thursday” crash, when bitcoin shed more than 20% of its value in under 30 minutes.

These issues date as far back as 2017, when Coinbase suspended ethereum and litecoin trades due to outages on its platform.

Now I can’t express enough how irritating this is that this company has actually allowed this to happen three times after the first hiccup. They should have put all of their money into solving this problem. So it never happened again because the most important time to get in and out of Bitcoin is when it’s surging or crashing.

having all user accounts blocked where you can’t access any of your funds, that causes people to lose hundreds of millions of dollars, shame on you coinbase. if you’re looking for an alternative to coinbase go check out CoinCasso at CoinCasso.com.

Our platform is a hybrid exchange where we use the benefits of decentralized and centralized exchanges. So no matter what, you always have access to your funds and your coins.

Telegram Caves to US Regulators: Delays Blockchain Launch, Offers to Return $1.2B to Investors

Messaging app Telegram postponed the launch of its TON blockchain for a second time on Wednesday, pushing the new go-live date to April 2021 and triggering a costly clawback clause in its agreement with token-sale investors.

According to a letter to investors obtained by CoinDesk, Telegram is offering to return up to 72% of each investor’s stake. The terms were agreed upon when Telegram first postponed TON’s launch in October, following a lawsuit from the U.S. Securities and Exchange Commission (SEC) charging Telegram with running an unregistered securities sale that raked in $1.7 billion in 2018. At the time, Telegram set a revised launch deadline of April 30, 2020.

The company lost an initial court battle with the SEC, with a U.S. judge ruling that Telegram can’t launch its blockchain or issue its forthcoming “gram” tokens until the case was resolved. On March 24, the initial preliminary injunction was left in place.

On Wednesday, however, Telegram floated another option for those investors who choose to forgo their 72%: They can lend their investment to Telegram until this time next year.

The letter states: “As a token of gratitude for your trust in TON, we are also offering you an alternative option to receive 110% of your original investment by April 30, 2021, which is 53% higher than the Termination Amount.”

Telegram is “continuing to engage in discussions with the relevant authorities,” the letter continues. Depending on how the negotiations go, those investors could still receive “Grams or potentially another cryptocurrency on the same terms as those in their original Purchase Agreements.”

Now you’re asking yourself. Why is this happening? Basically after the spike in 2017 of Bitcoin a lot of companies started releasing an ICO (initial coin offering) offering a token that once their project is built will get converted into a coin and an actual cryptocurrency.

many of these were scams and a lot of people lost billions and billions of dollars. So the SEC regulated this because it’s basically considered an unregistered security sale. Normal companies when they have their IPO have to go through all the legalities and approval from the Securities and Exchange Commission, vetting the company, making sure that everything is in order, and making sure that all investors are safe and secure in their investment.

ICO’s on the other hand, had no regulation, and people could just say hey, I have this new idea, give me all your money, and they could easily take all that money and run away. So basically telegram was offering a Security to investors and not a token. According to the new regulations, of course.