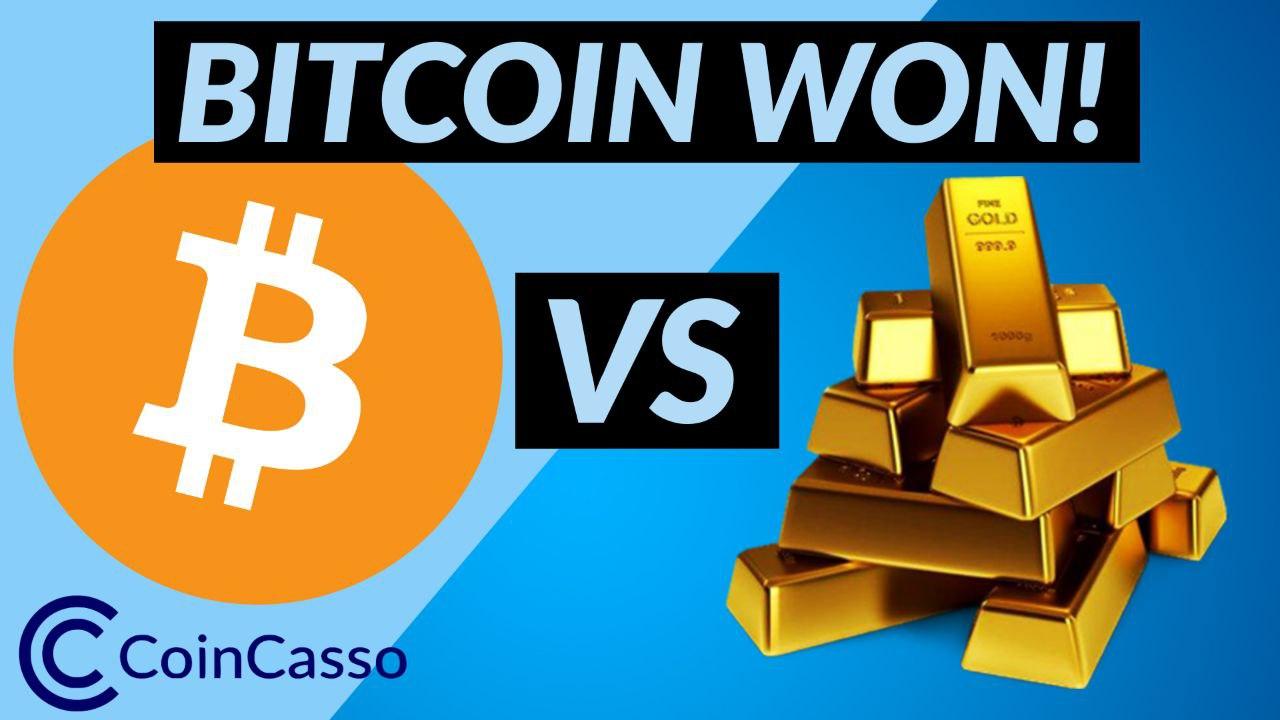 Bitcoin jumped to two-month highs early on Thursday and now looks set to register its biggest monthly gain in nearly a year. 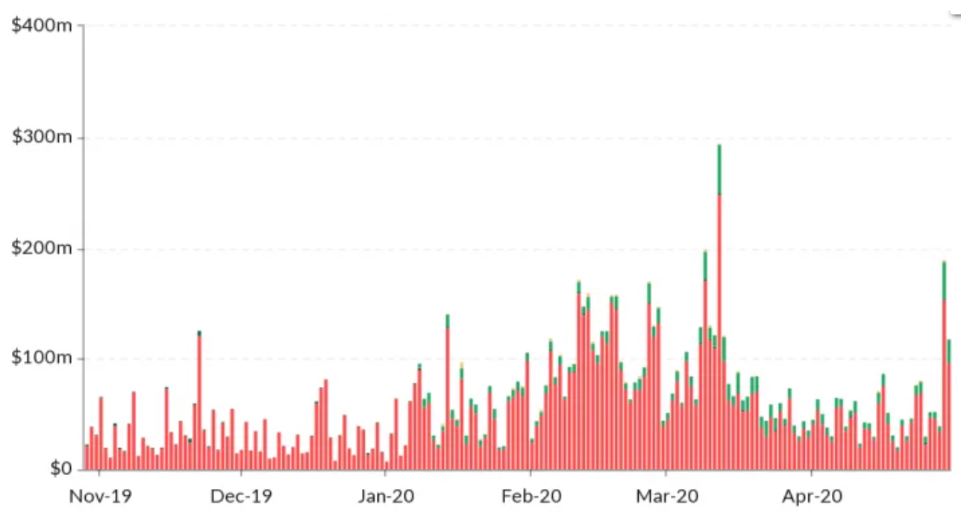 The volume witnessed on Wednesday was the highest since “Black Thursday” (March 12), when bitcoin fell by nearly 40% to levels below $5,000. Major exchanges registered a record trading volume of more than $280 million on the crash.

While on-chain data suggests increased participation from small traders, the big rise seen in the last 24 hours looks to be a leverage-driven rally.

It is the leverage in the space that creates large moves

Most analysts are of the opinion that the speculative buzz surrounding a bullish narrative around this month’s mining reward halving event is driving the cryptocurrency higher and could push the cryptocurrency into five figures ahead of the event, due May 12.

The sudden jump in bitcoin’s price to well over $9,000 can be explained by the fact that bulls have been triggered by the upcoming halving event and the anticipated appreciation of BTC’s value in its aftermath. For those buying into bitcoin now, many see this as an opportunity to buy BTC at essentially discounted rates ahead of a post halving price increase

So if you guys don’t know, leverage trading is actually when you basically borrow money from an exchange to make a trade anticipating the price going up or down. It’s kind of like gambling with house money. So you put up a little bit of yours. The house gives you the rest. This causes really big moves in the market as well as everybody jumping in with their stimulus checks, and we’re getting new users to get into Bitcoin for the first time. And as I said yesterday the fear of missing out mentality is causing a lot of people to jump in now, which caused the huge spike in Bitcoin, nearly 20%.

Bitcoin has lagged gold this year as investors looked for hedges against inflation – especially with the Federal Reserve creating trillions of dollars of fresh money to offset the devastating economic and market toll of the coronavirus.

Not anymore.
The oldest cryptocurrency jumped 13% on Wednesday, the most in six weeks

Gold, a symbol of riches and monetary stability at least since the Sumerians civilized Mesopotamia, is up just 13% in 2020. And the Standard & Poor’s 500 Index of U.S. stocks is still negative on the year, down 9%. 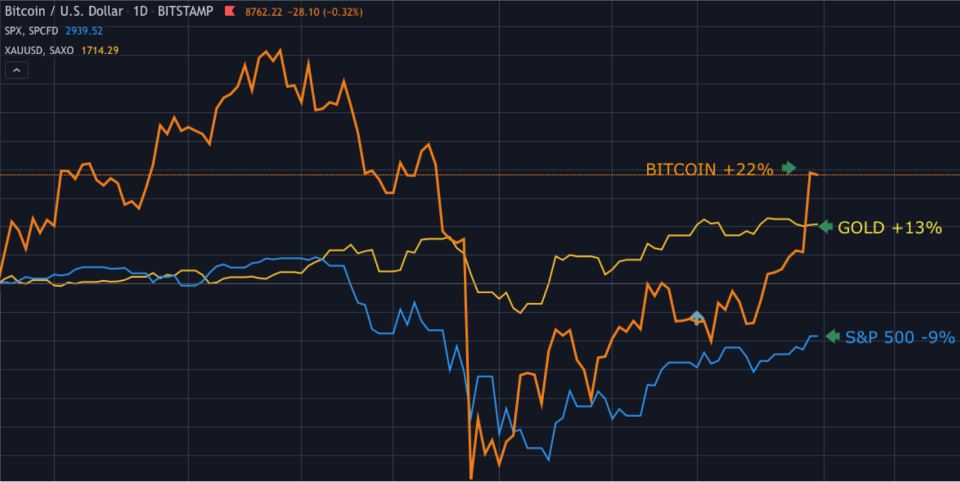 You can see right here. The tracking of gold has stayed pretty steady whereas Bitcoin had its huge drop and it’s huge rally and now above gold. The S&P 500 down here not making much of a move.

Since april bitcoin has succeeded in reclaiming its status as one of the world’s best-performing assets, following a 94% return in 2019 that was three times the gains in the S&P 500.

It would be hard to argue that the cryptocurrency’s performance through the first four months of the year isn’t remarkable, given the backdrop of the global pandemic and the fact that the digital asset was concocted by computer programmers just 11 years ago.

The halving, in which the pace of new issuance of bitcoins gets cut in half, was hard-coded into the Bitcoin blockchain’s original programming as a way of limiting inflation. Ultimately, no more than 21 million bitcoins can ever be minted.

This is huge, huge, huge, huge news for Bitcoin! When the market crashes a lot of people take all of their assets out and shove it into gold because it’s very consistent as you can see on the chart above, but now that Bitcoin has rallied, people are seeing it as a better option than gold. Which is going to put more people in a position to invest in Bitcoin, which is exactly what Bitcoin needs to go up even higher.

I’m curious to see what happens to the price as we come up to the May 12th halving. This is my prediction. The price is going to go up above $10,000 before the halving, after the halving happens not much is going to change, people are going to speculate why it’s not skyrocketing to the moon. It’s going to drop off a little bit below $10,000 and then over the next three months will see a nice steady climb up above $15,000 just my prediction. I’m not Nostradamus. I don’t have a crystal ball. Just what I think is going to happen. I am not a financial advisor, this is all speculation and investing your own money is at your own risk.

The ‘Great Lockdown’ Is Boosting Demand for Bitcoin Custody Solutions

Thanks in part to the uncertainty of the coronavirus crisis and rising bitcoin prices, bitcoin wallet startups have seen a sudden uptick in activity. 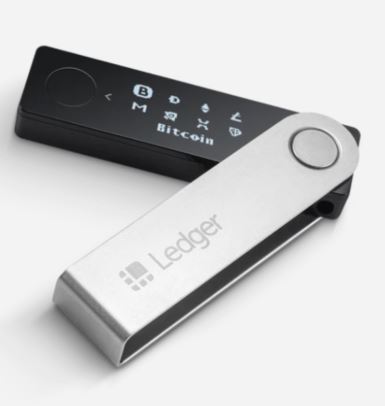 For example, over the past two months the Austin, Texas-based bitcoin startup Unchained Capital, with over $50 million in assets under management and $150 million worth of bitcoin transactions processed, garnered several dozen new institutional clients, representing hundreds of individuals. Will Cole, Unchained’s chief product officer, said the custody product Vault saw 340% growth in Q1 2020 as compared to the previous quarter.

“We’ve seen a big uptick in the creation of Vaults,” Cole said. “An event like that [pandemic] makes people think about how they are storing their bitcoin.”
as more people get into Bitcoin. They get more knowledge on the fact that you actually act as your own bank. You monitor your own transactions, you store your own money. You can either store it on the crypto currency exchange on which you made the trade or you can take it out and hold it on your own crypto wallet. Either mobile paper or a hardware wallet, which is kind of like a USB flash drive.

These new crypto wallet startups are seeing a huge uptick which is a good indicator letting us know there’s a lot more people getting into the cryptocurrency space.