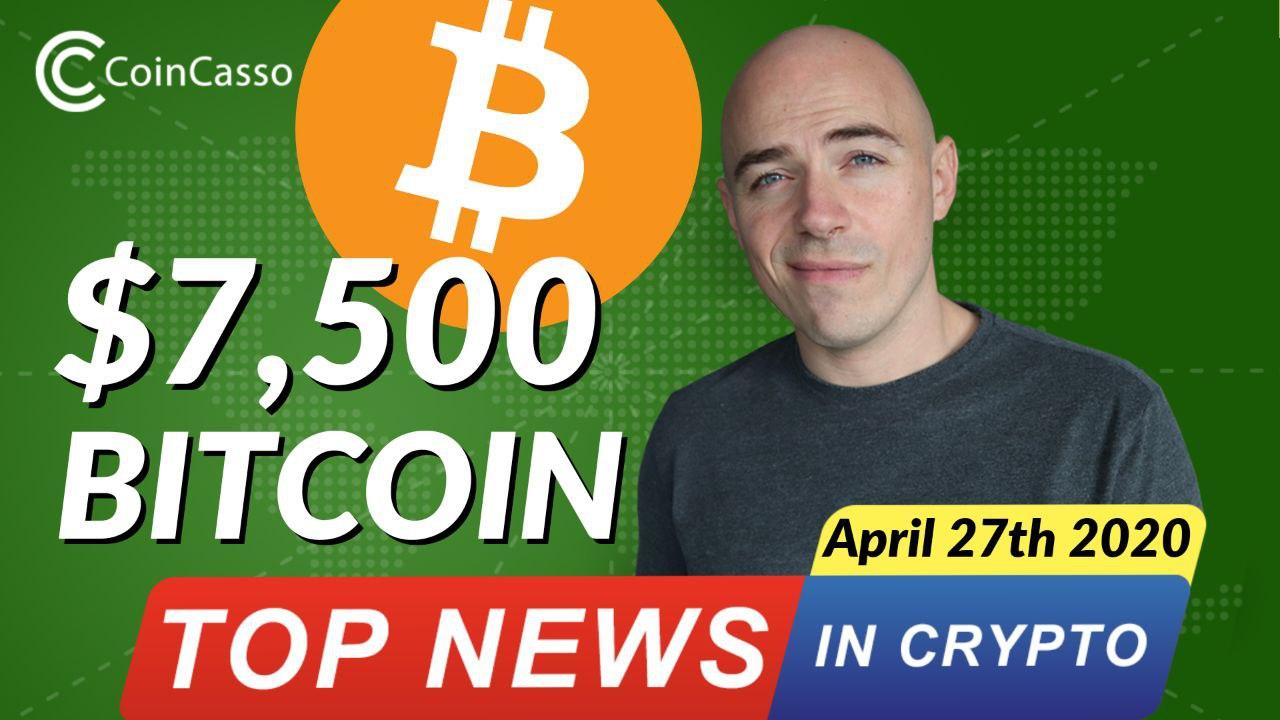 Bitcoin Steady at $7.5K as Short Sellers Back Off

Since Thursday’s jolt in bitcoin prices, the cryptocurrency has traded in a tight range close to the $7,500 level. It has not only come back from the losses suffered in March, it’s also showing some upward momentum. 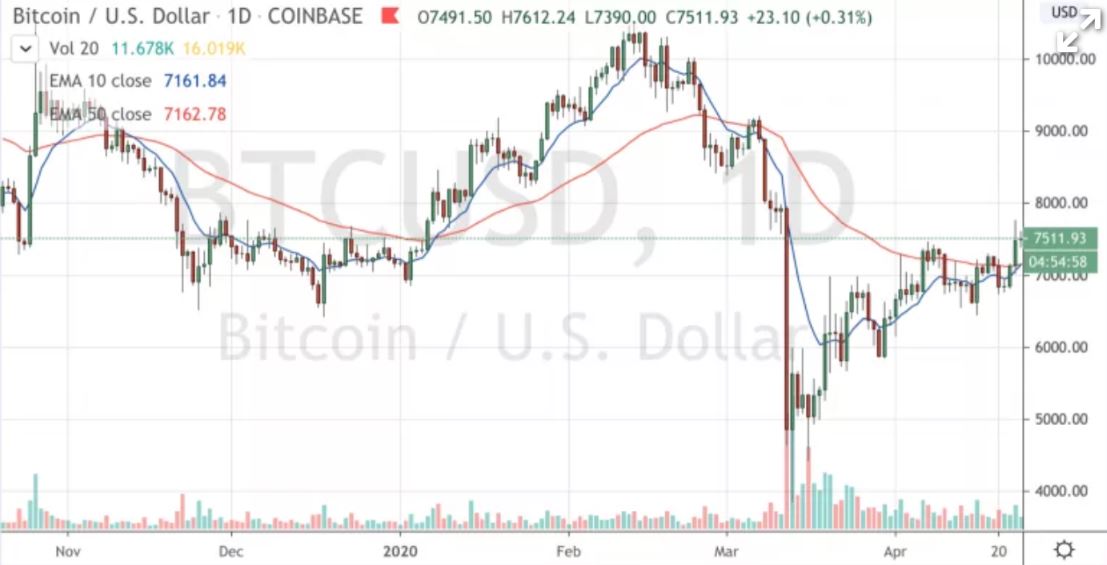 The price for one BTC is currently above 10-day and 50-moving averages on the daily charts, a bullish technical signal. “Despite the mid-March 2020 bitcoin sell-off when we saw a close to 50 percent drop, it has now, within a month, recovered 95 percent,”
Thursday’s jump in bitcoin price, briefly as high as $7,800 on some spot exchanges, hurt short sellers in the crypto derivatives market. Those trades betting on crypto prices going downward have not returned to derivatives exchanges like BitMEX,

“Demand continues to be steady. You have to remember that for bitcoin to stay at these levels, you need inflows of new dollars matching supply of new coins,”
That being said, Masters anticipates most investors holding rather than selling ahead of the bitcoin halving in mid-May

Very good news for Bitcoin. This article actually goes into how it compares to oil as well as the stock market in the S&P 500. So go check this article out.

Why Global Deflation May Not Be Bad News for Bitcoin

Contrary to expectations, bitcoin could see a positive performance during a possible bout of global deflation if it acts not just as an investment asset, but as a medium of exchange and a perceived safe haven like gold.

The top cryptocurrency by market value is widely considered to be a hedge against inflation because its supply is capped at 21 million and its monetary policy is pre-programmed to cut the pace of supply expansion by 50 percent every four years.
As such, one may consider any deflationary collapse as a price-bearish development for bitcoin. Talk of deflation began earlier this month after the U.S. reported massive job losses due to the coronavirus outbreak. The prospects of a deflationary collapse have strengthened with this week’s oil price crash.

Basically this article goes into how Bitcoin is compared to a digital gold. It also talks about the US stimulus package of trillions of dollars injected into the US economy. But at the same time the FED had to print that money which puts more US dollars in circulation lowering its actual value.

I think as we’re coming up to the Bitcoin halving we’re going to see a lot of monetary injection into the cryptocurrency space and we should see a huge climb up to the May Halving event.

Bitcoin, which after wild swings earlier in the year had stagnated over the past few weeks, finally broke out of its range on Thursday – jumping to the upside.

“As is often the case, the line acted as a resistance level on the way up, and now that we’re above it the line is currently being tested as a level of support,”

So where does that leave bitcoin?
It’s now at the highest price since March 11 – the day before the “Black Thursday” plunge, when bitcoin tumbled 39 percent amid a flight to cash across both digital and traditional financial markets, as the devastating economic toll of the coronavirus came into view.

Bitcoin is now up 5.1 percent for the year to date, a performance that looks impressive compared with the 13 percent drop in the S&P 500 Index. The cryptocurrency still trails gold, up 14 percent on the year.

Now if you were a day trader and you know how to read charts like the back of your hand this article is for you. It shows you the statistical analysis of why Bitcoins are actually breaking out of its 50-day moving average and going to the hundred fifty day moving average, which is a good bullish signal saying that we might see a huge spike in Bitcoin in the near future.

Bitcoin Steady at $7.5K as Short Sellers Back Off
Why Global Deflation May Not Be Bad News for Bitcoin
Bitcoin Jumps as Fed Assets Top $6.5T and Traders Focus on Halving