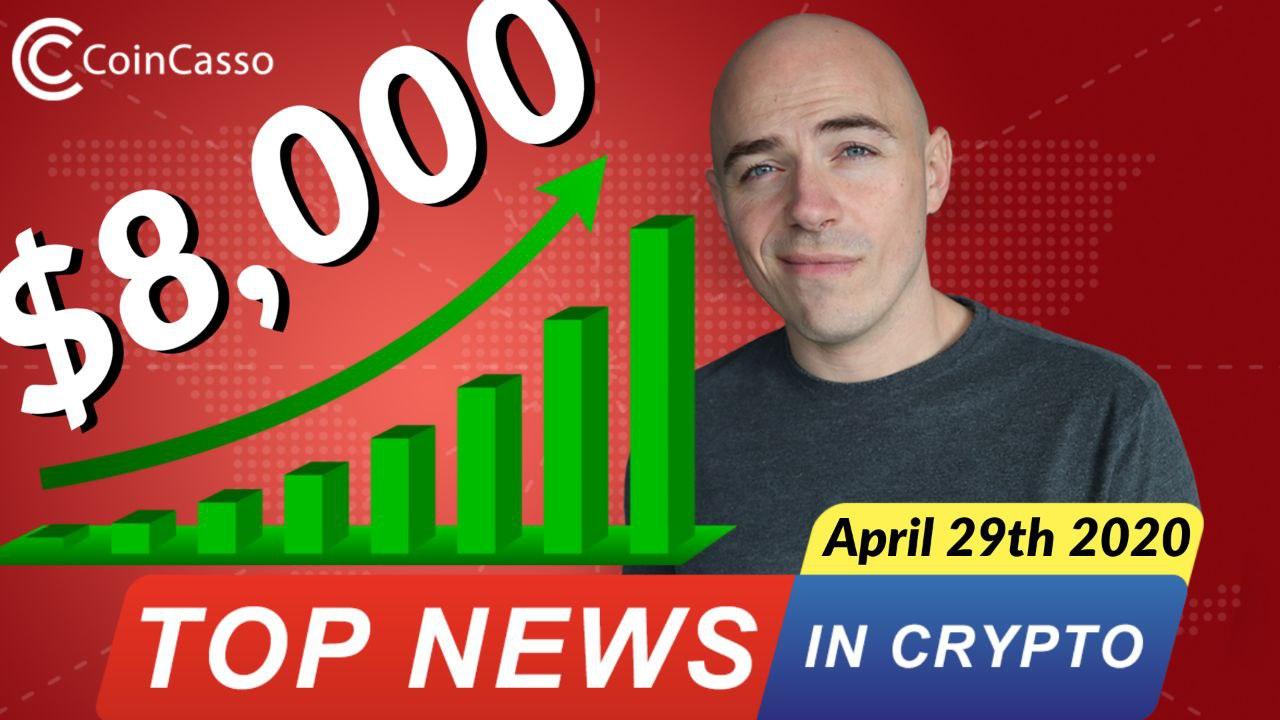 New data support the assertion that small bitcoin investors are multiplying rapidly. And anecdotal evidence suggests that much of the growth is taking place in the U.S.

The number of network addresses holding at least 0.1 BTC has continued to hit new all-time highs, climbing to 3,010,784 on Monday, according to data from Glassnode. At the time of publication, 0.1 BTC is worth $770. 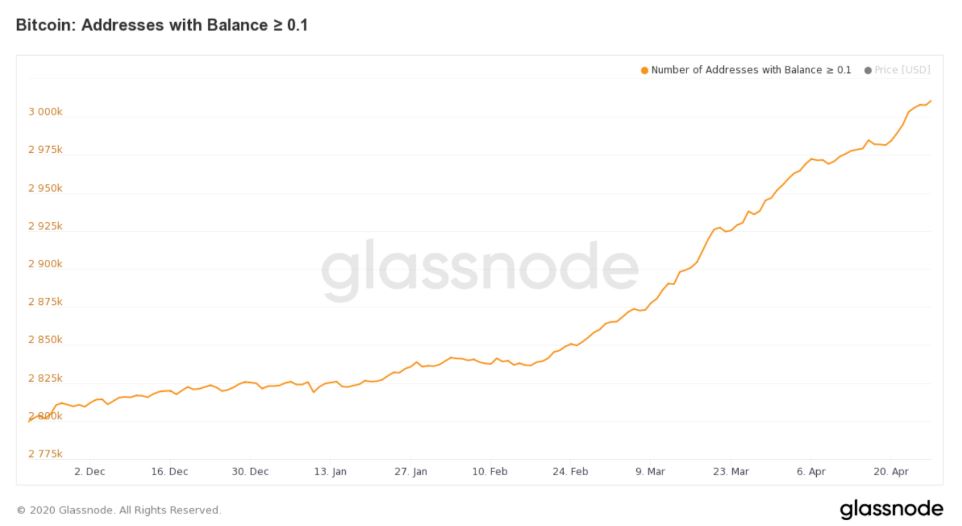 These addresses began to increase exponentially around mid-February, coinciding with Federal Reserve Chairman Jerome Powell’s suggestion to lawmakers that the central bank lacked sufficient firepower to fight the next recession.

First-time buyers
Swan Bitcoin, a bitcoin investment service based in Los Angeles that “launched in the middle of the COVID-19 panic” has seen “strong uptake” in customers who save “over $300 per month” in bitcoin on average, with some “measuring well into the thousands,”

“The number of orders on our platform doubled in mid-March, and it has since sustained a significantly elevated rate.”
“Many of our clients have directly told me that they are buying bitcoin because the government is printing so much money. A lot of these people are buying bitcoin for the first time.”

Stimulus spending?
Brian Armstrong, CEO of Coinbase, shared a cryptic chart earlier in April indicating a spike in the number of Coinbase customers who deposit and execute buy orders for $1,200, the same amount in the stimulus checks sent by the Internal Revenue Service to middle- and lower-income adults.

This is exactly what we need to make Bitcoin go up, new customers, and if people are smart and they’re using their stimulus checks to buy Bitcoin in the amount of $1,200. This is going to cause a massive influx as we’ve seen in other markets, especially online e-commerce. A lot of people are buying a lot of stuff because they’re stuck at home and they’re spending their stimulus money on online shopping.

Bitcoin’s Halving Is Irrelevant for Some Large Traders

Bitcoin’s third halving is less than two weeks away. Google searches indicate (shown below) an all-time high level of interest in this event, the third in the life of the world’s oldest cryptocurrency.

But some traders say the halving won’t be the bullish catalyst many expect: They say it doesn’t matter. Rather, they are focused on other macroeconomic catalysts, including unprecedented central bank monetary policies, that may drive bitcoin’s price in the coming months and years.

Most people are just “spinning their wheels” debating the bullish halving thesis, Matthew Kaye, managing partner at Blockhead Capital, told CoinDesk. Some market data suggests traders “may see increased demand in the form of diverted mining resources in addition to the reduction in new supply.

Now if you guys don’t know what the Bitcoin halving is, please go watch this video where we discuss everything on the topic, but basically every four years the reward for miners who successfully solve a single block, gets cut in half.

When Bitcoin was first released, it was 50 btc. Four years later it was 25 and the current reward is 12.5 Bitcoins for successfully mining a block. This limits the supply of Bitcoins in circulation as well as fighting inflation, and if you look at the statistics of what happened to the price of Bitcoin after each halving not much actually changed.

It wasn’t until several months later that we started to see a nice uptick. So I agree with these large traders that the Bitcoin having might not have too much of an effect. I feel like the publicity of the halving coming up will increase the price but after it happens, I don’t think we’ll see much movement.

Bitcoin has strung together seven consecutive daily gains, something that hasn’t happened since the price shot up to last year’s high around $13,000 in July.
The cryptocurrency’s price now stands at over $7,750, up 8 percent so far in 2020.

And with the Bitcoin blockchain’s once-every-four-years rewards halving now just two weeks away, some analysts are starting to fix their sights on the next upside target: $10,000.

“A break above $10,000 would be significant from both a psychological and a technical standpoint,”

The emerging price target represents a 29-percent increase from current levels, but bitcoin had traded as high as $10,500 in February prior to the coronavirus sell-off.

Investors continue to debate whether the halving will actually spur a big rally in bitcoin’s price, or if the event is already baked into the market, merely an overhyped narrative pushed by bulls.

Good publicity like this causes the price to increase just like any other stock or company. When they get good PR the price increases. Bitcoin’s getting all the publicity right now with the Bitcoin halving coming up.

We have seen massive gains since the March 12th bottom. I feel like all is well in the land of Bitcoin. We’re having a nice upwards trajectory, new consumers are getting into the market. I feel like we’re going to hit this $10,000 Mark in the next few months.