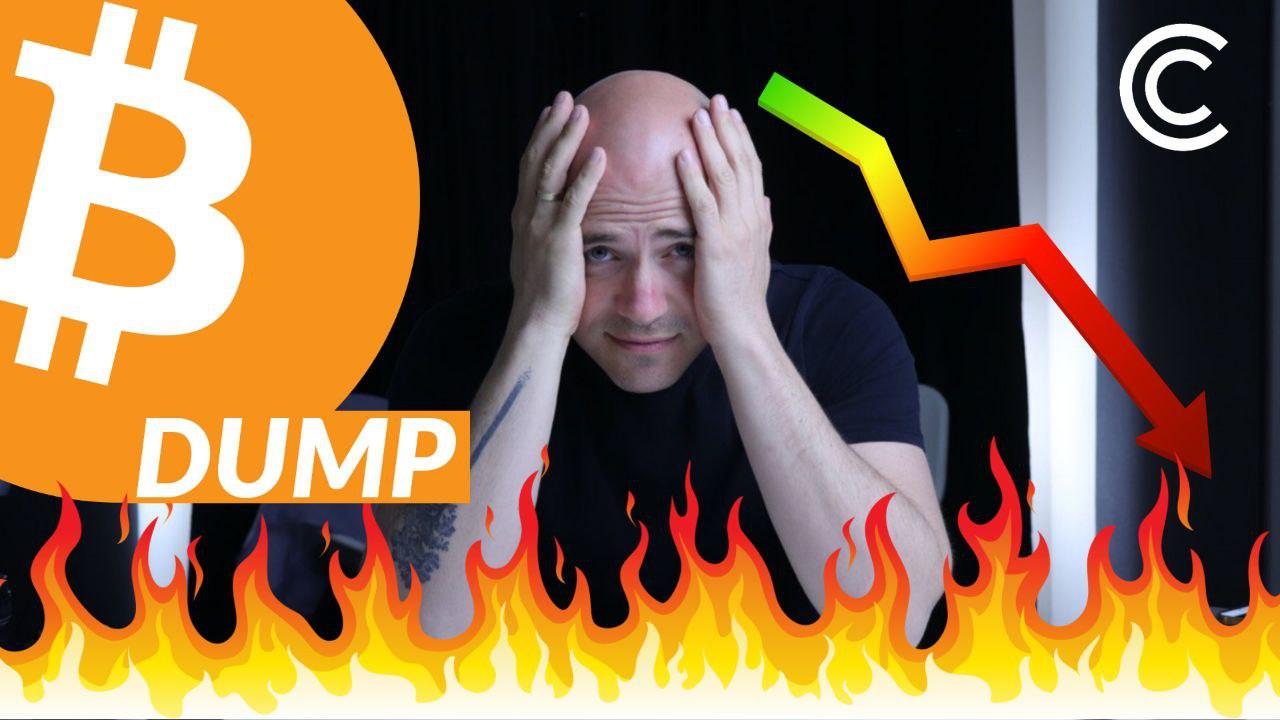 In today’s article, we talk about Bitcoin jumping above $9,400 despite weak volumes in July. Litecoin is finally in the news as Traders abandoned Litecoin, why are people still holding onto it. The answer might be the question in our last article. Maybe Cardano (ADA) and Litecoin will have a joint venture. And because we’ve gotten such a great response to it. I’m doing more in-depth technical analysis, and we also cover the current top cryptocurrency prices. 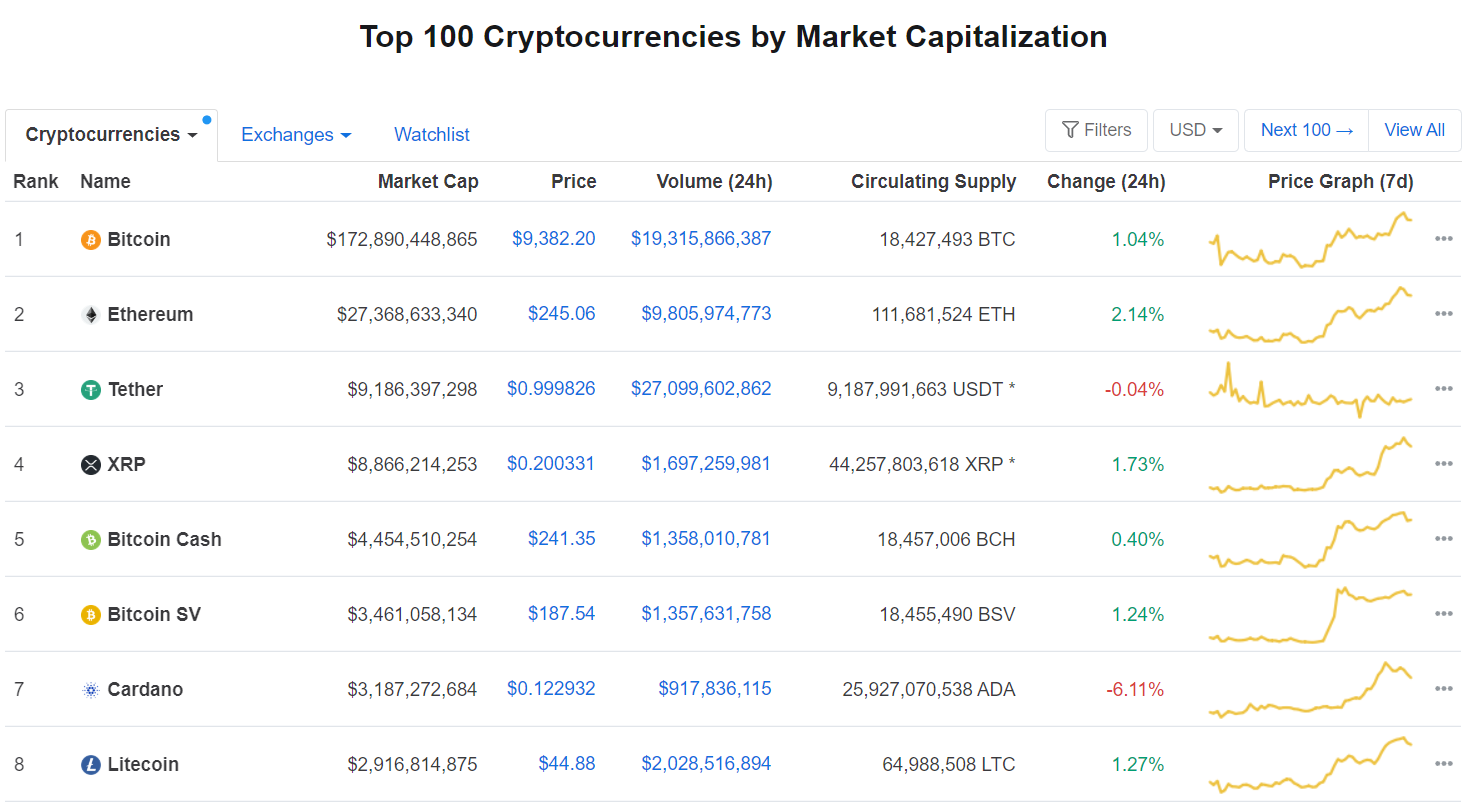 “Bitcoin became oversold from a short-term perspective last week for the first time since mid-March,” said Katie Stockton, an analyst at Fairlead Strategies. “This seems to be giving way to an uptick in short-term momentum, which has been weak since late May,” she added.
The jump past $9,400 Wednesday came during a time of lower spot trading activity. Volumes have dipped since May on spot exchanges like Coinbase after a month of excitement due to bitcoin’s halving, its drop in programmed new supply. The average daily volume over the past three months on Coinbase, for example, is $133 million. In July so far, the daily average has been just $68 million, a 48% drop.

Lower volumes are affecting the over-the-counter market for larger trades as well, said Henrik Kugelberg, a Sweden-based block trader who focuses primarily on bitcoin. “It’s been a very stagnant market for a while now, both for me and my sources,” he said.

Bitcoin surpassing the $9,400 level Wednesday doesn’t have Josh Rager convinced a bull run is on the way. Rager, a trader and adviser for crypto brokerage app LVL, wants to see a price jump higher before changing his sentiment. “Until we close above $9,700, I’m not going to be overly bullish in the short term,” he told CoinDesk.

Still, it’s important to put bitcoin’s weak volume and potential price uncertainty in perspective, as it has appreciated 30% in 2020, noted Karl Samsen, director of strategy for crypto merchant services firm Global Digital Assets. “I think we’ve seen glimmers of BTC’s macro use case as a hedge but we’re still waiting for the big moment,” he said.

If Crypto Traders Abandoned Litecoin Why Are Investors Hoarding LTC? 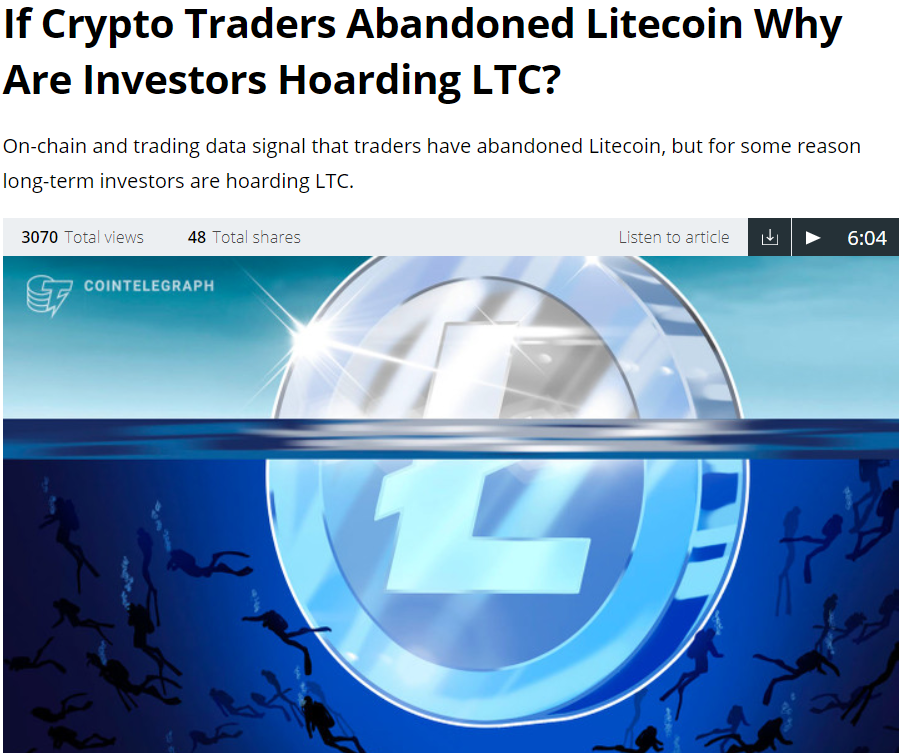 Price wise, Litecoin (LTC) has had a pretty rough year and currently the altcoin is down 51% over the past twelve months. The lack of GitHub activity and planned protocol upgrades have Litecoin co-founder Charlie Lee to admit 2019 saw a historic low in the number of developers working on Litecoin Core, the software behind network nodes.

The beginning of 2020 was no different and Charlie Lee asked for voluntary LTC miner donations to help boost development funding. Uncertainties regarding Litecoin’s future have caused investors to lose interest in the project and this is reflected both on-chain and in LTC’s trading metrics.

The interesting thing is, even though most would consider investors’ disinterest a negative driver, some have been quietly hoarding LTC.

Volume is the single most relevant indicator of traders’ interest and Litecoin has been failing miserably in this area. Traded volume on major exchanges has been trending down for the past twelve months and has recently dropped to its lowest level in two years.

Litecoin ranks third on Nomic transparent trading volume at $80 million per day. This is 50% above Bitcoin Cash (BCH), and EOS but the figure remains 45% below the previous eleven months when there was $146 million in daily volume on average.

A number of reasons could be behind the drastic change and it should be noted that even lower activity on exchanges does not necessarily translate to less blockchain usage, that has been the case.

On-chain metrics provide realistic insights into transfers, fees, active addresses, and many useful indicators that will be of interest to traders.

After so many negative indicators, one would expect holders’ activity to display weakness as both the price and network usage have been trending down for over a year.

One could also mention the lackluster performance of recent code advancements, including the MimbleWimble-technology privacy capability proposed in October 2019.

There’s no way to assure the rationale behind such hoarding activity, but its impact over circulating supply is a net positive.

This activity doesn’t change the fact that the same amount of LTC will continue to be mined every day until next halving in 2023, nevertheless it provides a critical price support level.

Recently, investors have been speculating about a potential Litecoin integration with Cardano (ADA) and if true, this could be a bullish factor for Litecoin.

There is also the possibility of a crypto-market bull trend occurring and as investors begin to speak about an ‘alt season’ starting, Litecoin might face increased odds of large pumps as long-term investors tend to be less tempted to sell at the first price move.

Could a Cardano & Litecoin Team Up Be in the Works? 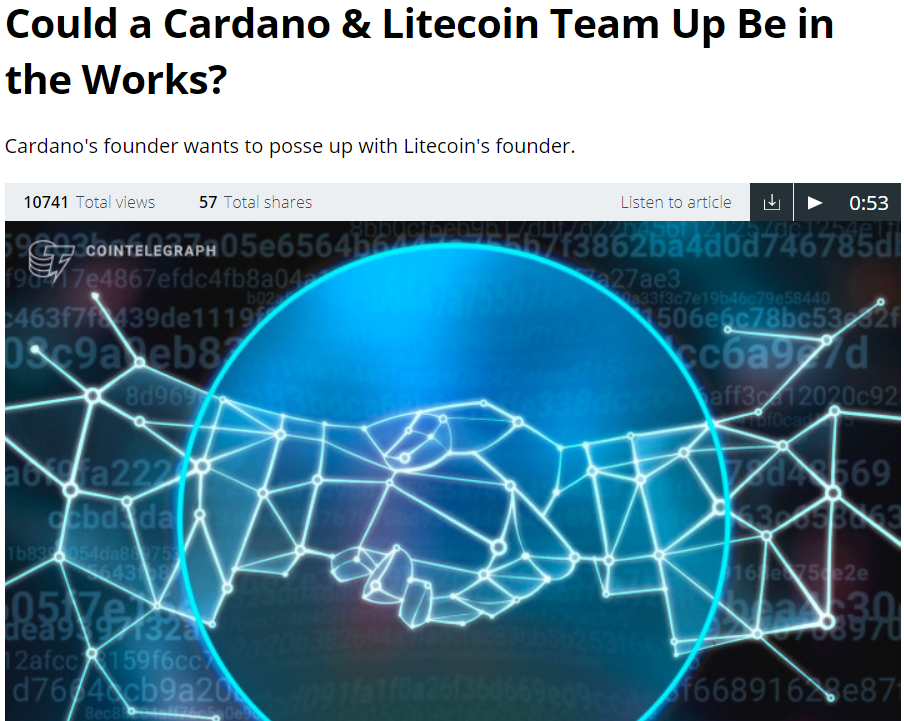 “It would be great to do something together,” Hoskinson said in a July 7 tweet to Lee.

Hoskinson founded Cardano (ADA), which, at press time, sits seventh on the list of crypto assets in market cap size, according to CoinMarketCap. Litecoin maintains the eighth spot. Both figure heads hold notable status in the crypto and blockchain space.

“I love the idea of testing cross chain communication between Litecoin and Cardano. We got a lot of ideas and I’m sure you guys do too,” Hoskinson also said in the tweet.

Reference Articles:
Bitcoin Jumps Past $9,400 Despite Weak July Volumes
If Crypto Traders Abandoned Litecoin Why Are Investors Hoarding LTC?
Could a Cardano & Litecoin Team Up Be in the Works?