Every day, around mid-morning New York time, the average fee bitcoin users worldwide pay to send the cryptocurrency spikes for up to an hour, then returns to normal. A respected researcher thinks he’s found the reason: BitMEX. 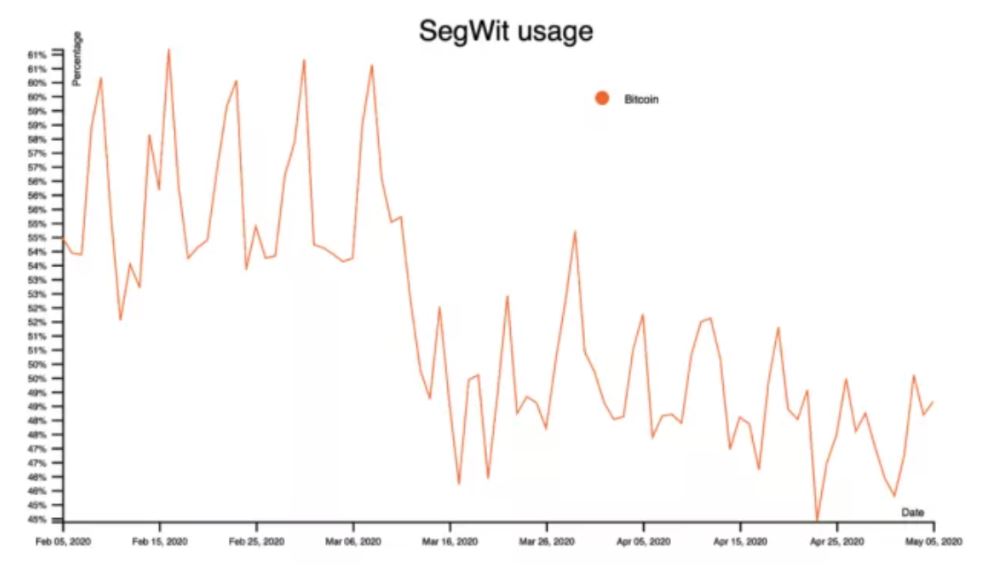 If the crypto derivatives exchange used more efficient technologies when broadcasting transactions, users could save as much as roughly 1.7 bitcoin (worth more than $15,000 at press time) in fees every day, or about 7 percent of total daily fees paid

Nearly every time a user sends a bitcoin transaction, they tack on a (usually) small fee along with it. Fees fluctuate all the time, depending on how much congestion is in the network. That’s because there is limited space for transactions to go through. If there are too many transactions sent at the same time, miners will prioritize ushering through those with higher fees. Those with smaller fees will have to wait.

Because BitMEX broadcasts thousands of transactions at once at the same time every day, it leads to a fee increase every day

Most bitcoin wallets have fee estimators built in that estimate what fee a user should add to a transaction to ensure it is accepted in a timely fashion. If the network is handling too many transactions at once and the fee is too small, it could take longer for the transaction to go through.

Basically what this article is saying is that because BITmex has so much volume and they process so many transactions at the same time. It would be better if BITmex just spread that over the day, that way the prices would be reasonable all day 24 hours a day, but understandably because the market is opening up at that exact same time. A lot of people want to get in right when the markets open because they think that Bitcoin doesn’t run 24 hours a day. I would suggest learning more and watching our YouTube channel because we have a bunch of educational videos on this topic.

As Tether Supply Hits Record Highs, It Moves Away From Original Home

Tether growth is hitting new all-time highs across multiple blockchains, but the first protocol to support Tether is being left behind. 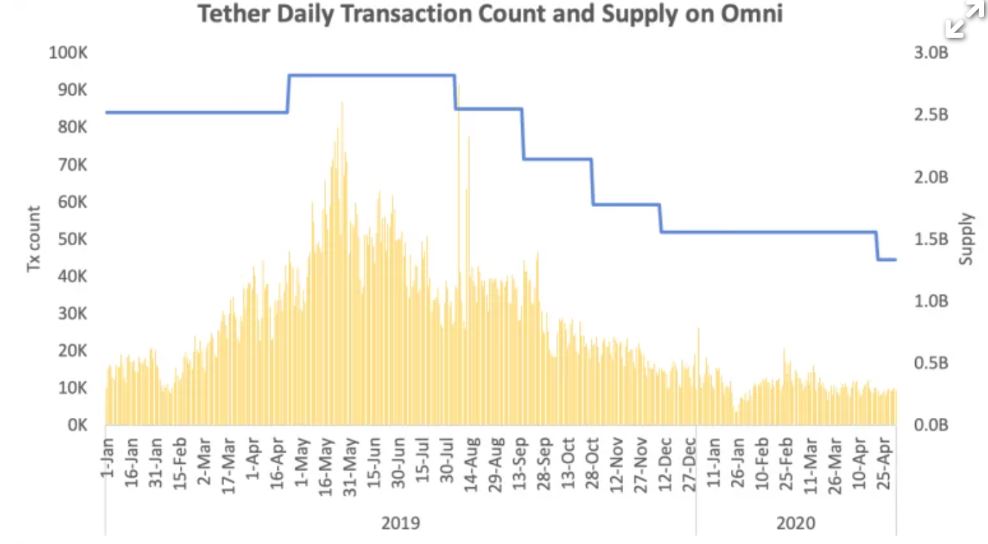 Omni Layer, built on Bitcoin, has suffered negative growth in Tether transactions for the last 12 consecutive months. Tether supply on Omni Layer has also fallen more than 50% over the same period, according to Coin Metrics.

Omni Layer’s Tether supply peaked in mid-2018 at just over $3 billion. Tether tokens first launched on Omni Layer in October 2014. While fluctuations in stablecoin supply and transaction counts happen regularly, it’s unusual for there to be a contraction in supply for months at a time, especially for Tether.

Omni Layer was the only one to support Tether for over three years until the stablecoin launched as an ERC-20 token on Ethereum in November 2017. In less than two years, Ethereum’s share of Tether’s total circulating supply eclipsed Omni Layer’s.

Performance concerns across Tether-supported protocols seem to be driving demand on platforms like Ethereum and away from Omni Layer.

“AT TETHER, WE TRULY CARE FOR OMNI, SINCE IT WAS THE FIRST PROTOCOL THAT MADE TETHER POSSIBLE, AND IT ALSO RELIES ON BITCOIN SECURITY. BUT WE HAD TO GIVE TRADERS WHAT THEY WERE ASKING FOR”

Smart move by tether to actually go with things that are working. Strategies that are more cost-effective and utilities that are faster. If you don’t know about stable coins, definitely go watch our video where we talked about USDT.

If you remember last week we talked about the fact that Bitcoin went up so much that they’re actually less volatile than the S&P 500 since the March 12th crash. 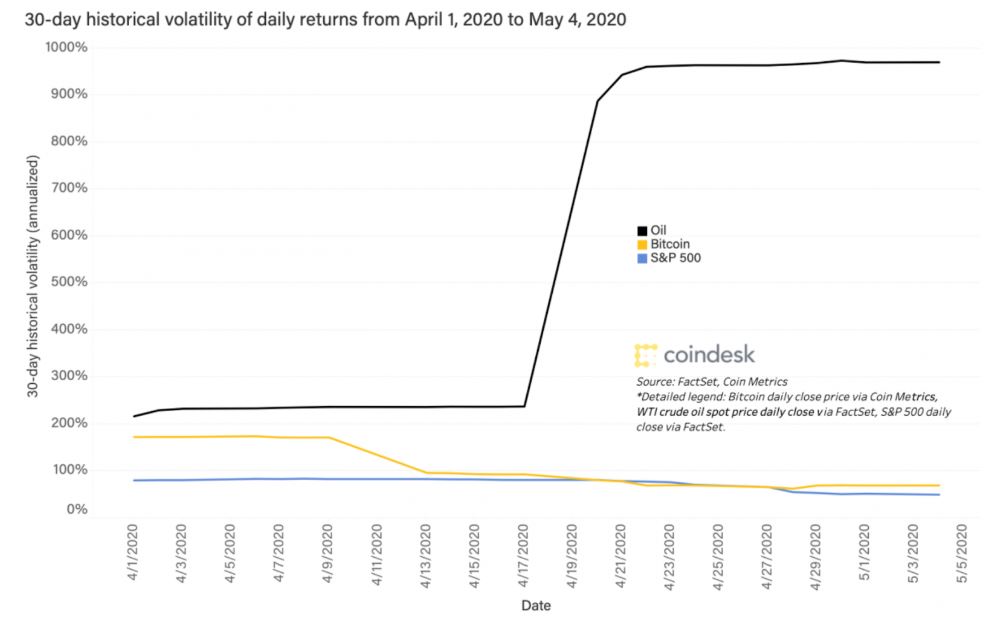 In the ever-curiouser markets of 2020, bitcoin is only slightly more volatile than the S&P 500 and nowhere close to the bumpy ride oil has been on.

In early trading at 00:00 UTC, the world’s oldest cryptocurrency was in $8,800 territory before jumping as high as $9,125 on spot exchanges like Coinbase.

The sideways action, also known as “consolidation,” is a pattern of predictable behavior during which traders seek various price levels in which to trade in and out.

Despite the cryptocurrency’s reputation as a risky, volatile asset, in these unprecedented and often unpredictable times oil is actually much more volatile than either the S&P 500 or bitcoin – by a large margin.

Bad news for Bitcoin day traders, but really good news for those who hold Bitcoin for the long term. The less volatile Bitcoin is, the nicer and steadier climb will have up to the 1 million dollar mark.