Why should you buy Bitcoin? Explained simply | CoinCasso Exchange

Why should you buy Bitcoin? Explained simply 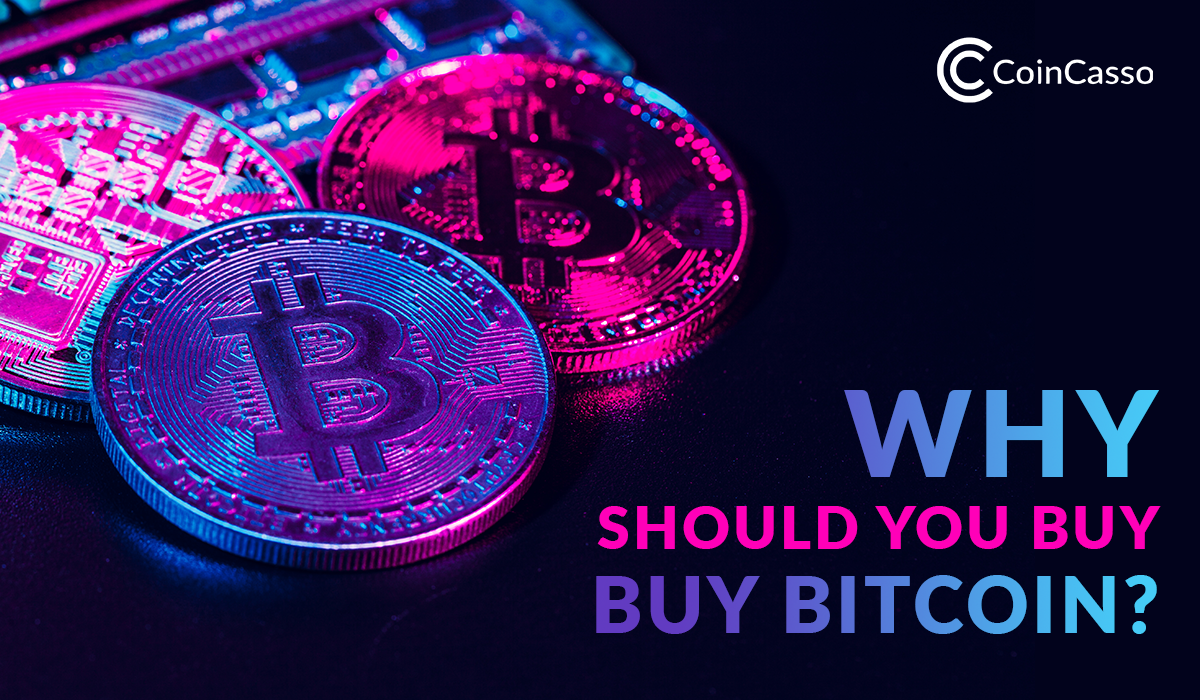 According to many market analysts, the value of Bitcoin will increase. That is why more and more people in the world are wondering if it is worth investing in it. Before buying BTC it is worth learning something about this most popular digital currency. How to use Bitcoin? Why is it worth investing in it? The answers to these questions can be found in this article.

What is Bitcoin and how do you use it?

Bitcoin is a digital currency based on a decentralized solution. It is therefore not controlled by any financial institution or government. Do you want to be a Bitcoin user? So remember the few most important steps. Get Bitcoin information at the beginning. Expand your knowledge.

There are plenty of articles and videos on the Internet that will help you understand the idea and operations of BTC. You need this information because once you get Bitcoin, you have to take it as seriously as your real wallet, where you keep your traditional money. Take care to store your crypto properly. That’s why the next step is a suitable Bitcoin wallet. The choice of Bitcoin wallets is enormous. And before you decide on any of the options, read their make-up carefully.

If you have already acquired the knowledge and put on your wallet, you can already buy Bitcoins. There are several ways to buy Bitcoin. You can invest in this crypto on exchange, bitcoin ATM, or use the CoinCasso crypto exchange. You can also get BTC by accepting it as payment for goods and services or by buying it from a friend or someone nearby. Already have enough BTC? You can start your shopping. More and more shops accept not only credit card or cash payments but also Bitcoins.

In 2009 the Bitcoin network was established. At that time, Satoshi Nakamoto extracted the Bitcoin block – Genesis, which was worth $50. BTC’s first real price was based on the cost of extraction. For one US dollar, you could buy as much as 1309 BTC. As you know, Bitcoin is now much more expensive than a dollar.

A programmer, Laszlo Haneycz, was the first to use Bitcoins for consumption on 22 May 2010. In Papa John’s Pizzas restaurant in Florida he ordered 2 pizzas, for which he paid as much as 10 000 BTC, which at that time was equivalent to about 30 dollars.

Why invest in Bitcoin?

Why is Bitcoin a good investment opportunity? There are many reasons why you should buy BTC. It is worth remembering that the supply of Bitcoin is limited. There are fewer and fewer BTC coins because the flow of creations is still decreasing. Such an event is called halving. The next one will take place on 14th May 2020. Save this date in the calendar, because it is important for the whole world of crypto. Currently, there are about 18 million BITcoins. And because of the shortage, the price is still rising at a surprising rate.

Bitcoin is also the main cryptocurrency in the world. If you are a vigilant observer of the market, you may notice that the price of different altcoins is created by BTC. Bitcoin’s dominance is about 70% – that’s a lot. That is why it is worth buying in this most popular, digital currency. BTC is also a long-term investment.

According to many analyses, the price of Bitcoin will reach the level of $100,000, $500,000 and even $1,000,000,000. Additionally, BTC’s halving discussed earlier, is approaching. If you study the history of the Bitcoin price, you may notice that the price of Bitcoin has always increased cryptically after this event. Bitcoin is also a good alternative to gold. The costs, as well as the difficulty of extracting both assets, are variable. However, Bitcoin has a significant advantage over gold in several aspects, especially when it comes to the payment method. BTC is simply more convenient and faster.

How do you pay with Bitcoin?

Payments used with BTC are very simple. Before buying Bitcoin, remember to put coins on your Bitcoin wallet in which you can safely store your cryptocurrencies at the very beginning. With Bitcoin, you can buy everything. You can pay for various medical services, travel, and even real estate or cars. However, most often BTC is used when shopping online. There are online shops where Bitcoin is one form of payment. Thanks to the Spendabit search engine, you can search hundreds of products that you can buy with BTC.

Install the Bitcoin wallet plug-in to facilitate the payment process. Then click the “Pay with Bitcoin” button so you can use your wallet freely. If you have access to your BTC wallet using your mobile phone, scan the QR code on the site, it will also allow you to use the funds in your wallet. It is also important to enter the correct amount of money. There are also more and more local companies in the market, such as cafes and restaurants, where payment with BTC is also accepted. You can find them through the many search engines available.

Of course, payment with BTC is possible in shops. It all started with the Overstock e-commerce market and the Newegg electronics store. In 2014 they accepted payments in Bitcoins. Later other companies like Amazon, Microsoft and Cheap-Air also appreciated the possibility of this form of payment. The number of companies that accept BTC as a means of payment is still growing.

Some companies are still testing BTC as a means of payment. KFC Canada introduced a special bucket that could only be paid for with Bitcoins. The bucket cost 20 Canadian dollars. However, it was an offer available only for a short period of time.

Thanks to Bitcoin you can also pay for services. In the city of Epsom, which is located in England, there is an Ewell hairdressing salon which offers hairstyles for digital money. They accept currencies such as BTC, ETH or DASH. The owner has confirmed that such a possibility is profitable and he is able to make a lot of money.

Financial institutions and use of Bitcoin

Financial institutions have also started to take an interest in cryptovalots. Once a popular topic was the Bakkt NYSE platform, which was to offer Bitcoin as a financing tool for institutional investors. Apart from Bakkt, NASDAQ and Fidelity are also working on introducing their own blockchain-based solutions.

Interestingly, cryptocurrencies have already been introduced by some banks. Santander and Reisebank use the Ripple platform for cross-border payments. They use XRP as an intermediate exchange coin for FIAT. This makes transactions faster and cheaper, compared to traditional systems.

How does the world use Bitcoin?

Venezuela is a country that is experiencing a huge crisis. Throughout all the negative economic processes that have affected you, their currency is worth practically nothing. That’s why people started using crypto. In Venezuela, much more BTCs are being bought than in other countries where inflation may occur in the economy. The country also has its digital currency – Petro, which is issued by the government. However, it has not met with positive opinions on the market. If the Venezuelan authorities do not solve the country’s economic problems, the country will be “hyperbitcoinated” and it may be a rescue for the inhabitants. 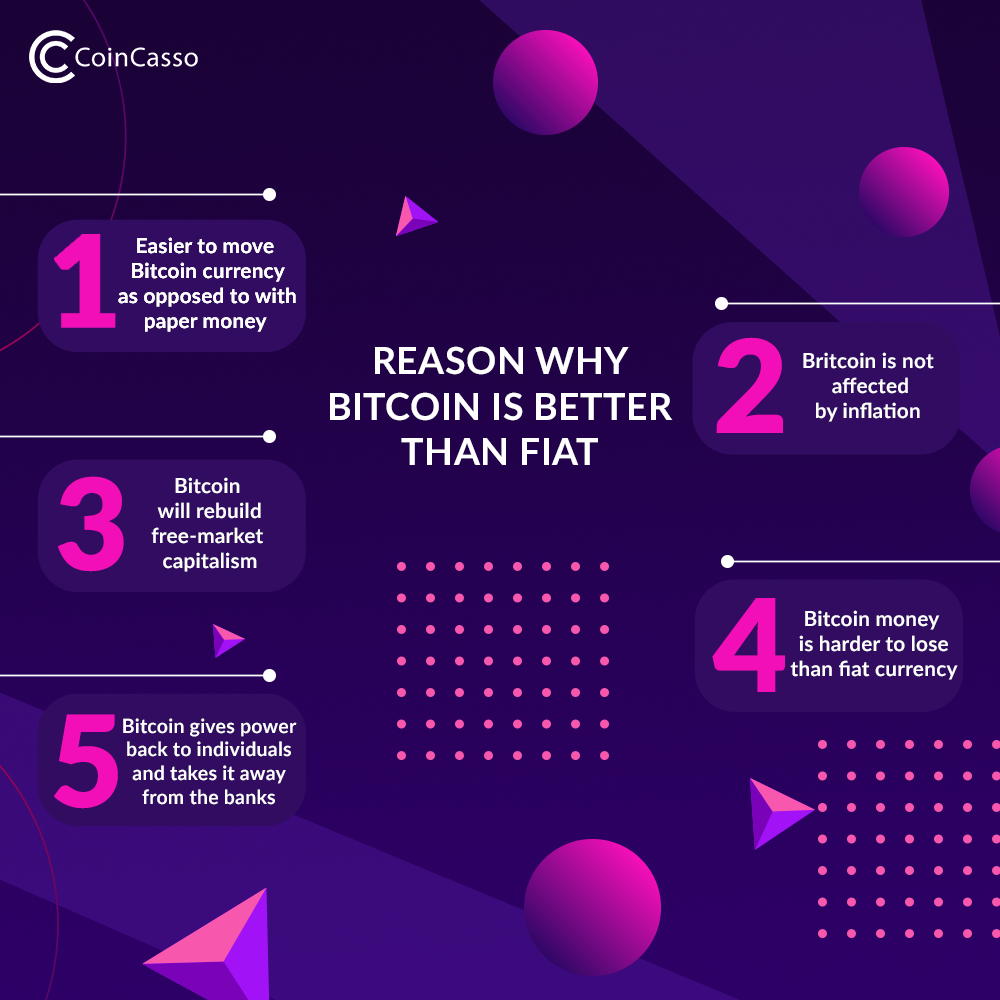 The USA is a country that has gained the title of economic freedom, so no one will be surprised that this is how many companies that deal with cryptic agents are established. Bitcoin has been accepted as a decentralized, virtual currency that can be used as a payment method in 2013.

Malta is a country that also accepts Bitcoin as one of the payment methods. In addition, Malta has introduced regulations that apply to ICO. This makes it one of the few countries that has regulations covering digital assets.