What is a blockchain and its role in cryptocurrencies? | CoinCasso Exchange 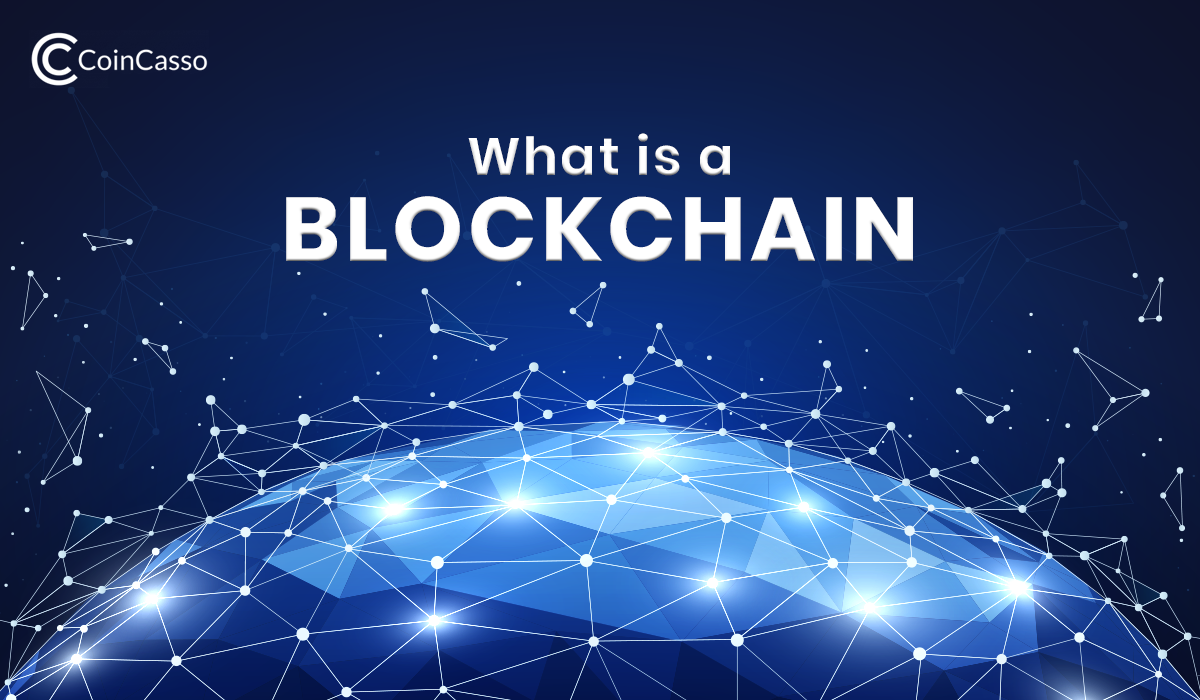 Most of you probably heard about the blockchain – technology created by Satoshi Nakamoto in 2009. For example, if you’re in the real estate industry, as a real estate agent, the blockchain could literally wipe your job off of the face of the planet. That’s the definition of decentralization – the most important thing in the blockchain network. Because the blockchain doesn’t need any control from the central bank or governments. So, let’s try to explain what the blockchain really is, starting with some basics about this disruptive technology.

Blockchain Technology – How to Bite it?

To put it simply, blockchain is a distributed ledger technology. It is a list of all transactions made in the peer-to-peer Bitcoin network – but what the peer-to-peer network really is? It’s a communication protocol, which instead of having a central location that’s beaming out information over the internet to individual computers, is having individual computers that are tied together. So they are all constantly communicating and sharing information with each other.

For example: when you download pirated music over the internet, through the BitTorrent network, instead of one computer or one server having all of these digital media files, all the computers on the network have and “seed” just a little bit of each one. So you are pulling a little percentage from each computer in the network until you’ve compiled the entire file and in such manner, it’s decentralized, which means that all the computers are working together to bring the information into one.

These miners, or what they’re also known as nodes, are groups of CPUs and GPUs, tied together to work at the one task of solving this equation. Basically, the reason this equation needs to be solved is the process of verifying that all the transactions in single blocks are legitimate.

How to Get Free Bitcoins? – Bitcoin Mining

Once a node believes it has solved the equation, the signal is sent out to the rest of the nodes to verify that the information is correct, and once 51% of the nodes agree, the block gets locked into the network. This process is called mining. But why are miners doing it? What is it worth? Well, when the node actually solved the equation, he or she gets 12.5 Bitcoins as “proof of work” reward. That’s why mining is so popular – 12.5 Bitcoins in today’s market are worth around $112,000.

Just try to imagine that your computer has enough computing power to solve every single block: if you’re consistent, you could make $112,000 every 10 minutes!

The blockchain technology is a distributed ledger available for anyone to read at any time. There’s no way to alter any of the blocks in a blockchain because the attempt would make it no longer match the previous block and the block in front of it. Changing one block, forces change on every single subsequent block before the next 10-minute block gets set in. This change also needs to be verified by all the nodes on the network. That is why the Blockchain is such a reliable Ledger because everybody knows that the information is locked in and cannot be altered.

How to Track Bitcoin Transaction?

The blockchain is basically a simple tool to record all the transactions in the network. This technology could be used in everything, for example for Real Estate or for making car transactions. When you sell your vehicle, the title of your vehicle, the person receiving it and the person selling it, that whole contract can be tied into a blockchain and set as a permanent record in the ledger that you transacted with a person who bought the car.

Let’s emphasize this a little bit: these blocks are public record. Anybody can access all in the blockchain. The only information that it doesn’t show is the person who sent the transaction and the person who received it. It only shows the number associated with that person. It’s their digital signature.

Genesis Block – Mother of All the Blocks

When you think about all the blocks in the blockchain network, they all have reference numbers to the previous block, locking them all into place. The first one is the only one that’s different – “The Genesis Block”. It doesn’t have a reference number to the previous block because there isn’t any. To put it simply, it’s a block “0” – the first block in existence in the Bitcoin blockchain. Someone might ask: what about the future of the blockchain?

In its most basic form, the existence of blockchain is a method of trust. People trust the blockchain because they know it can’t be altered. People put information into the blockchain knowing that it’s going to be there forever.

This can be used in many different applications. Imagine if you were a songwriter and you wrote a song and put it into the blockchain. Then, five years down the line somebody found your song and decided to copy it. Then that song went crazy viral, got millions upon millions of views, and that person made a ton of money on it. You could show through the blockchain that you were the actual creator of that song because that block was time-stamped with your ID number, with your name, with the lyrics, and you could prove that that song was in fact yours.