What is a 51% attack? | CoinCasso Exchange 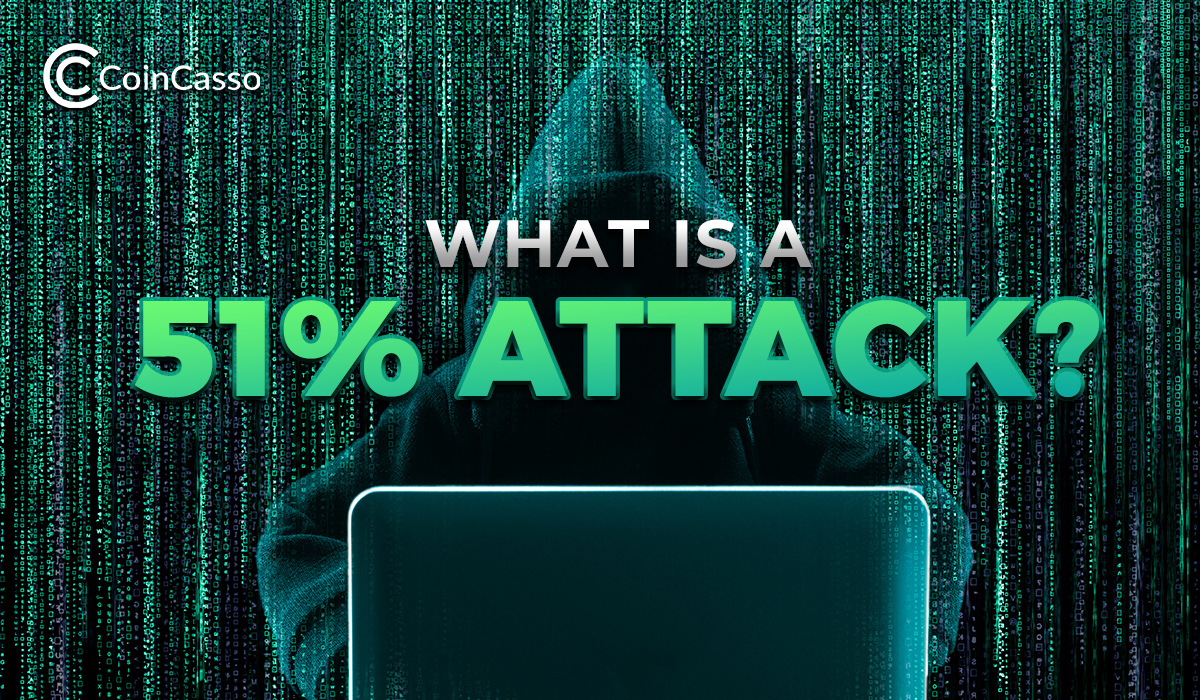 If you’ve ever heard of threats waiting for cryptocurrencies, you probably already know of the 51% attack. From this article, you will find out exactly what it is and whether it really threatens Bitcoin and other cryptocurrencies.

To understand the 51% attack, make sure you know what a blockchain is and how it works. It is also important to know what is crypto mining. If you already know the necessary basics you can easily understand what the attack described in this article is about.

The decentralized blockchain network is maintained by nodes, that are miners scattered around the world. The more nodes, the safer and better the network works. When miners are mining cryptocurrencies they have a certain capacity, which is called hash rate. But what if the computing power is not dispersed enough?

A 51% attack is a procedure in which one miner, or several miners interacting with each other, has more than half of the total hash rate available. They can control the network in this way.

Attack 51% is one of the biggest threats waiting for cryptocurrencies. However, more than half of all available computing power is needed for this. This is different for transactions based on Tangle technology. It is an alternative to blockchain. It is faster, but also less secure. A similar attack can be made on it with only 34% hashing power. This technology is used for example in the IOTA cryptocurrency.

The miners who have achieved 51% of their mining power and are capable of attack. They are able to find and mine further blocks faster than the rest of the network. However, instead of announcing a new block being mined – like fair miners, they start looking for another block and hiding their blockchain. This way, they divide the network into two different chains. Unconscious fair miners look for the blocks already mined, and unfair miners look for the next blocks, making their chain longer.

The unfair miners can then send funds to the stock exchange in the public version of the chain and not add this to their hidden chain. However, when they disclose their chain, it becomes effective because it is the longest and at the same time there is no information about the transfer of funds to the stock exchange. In this way, the funds will be stolen. This is what is called double-spending.

What are the consequences of a successful 51% attack?

Such an attack may lead to disruption of the network or its use for its own purposes. What possibilities does having such a large mining power?

In such a case, miners could reverse the network and the so-called double-spend, spending more hash than they paid for. They could also influence the confirmation or abandonment of their chosen new transactions. Miners who carried out a successful 51% attack could also prevent other miners from cryptocurrency mining, leading to a mining monopoly. Only they would have a chance to mine a new block.

As you can see, the consequences would be quite serious and would make transactions in the network and its proper functioning very difficult, if not impossible.

What cryptocurrencies are at risk?

As mentioned at the beginning of the article: the more distributed the network is, the safer it is. Cryptocurrencies with fewer nodes are therefore more vulnerable to this type of attack. If, as with the largest cryptocurrencies, there are many different miners connected to the network, the probability of an attack is lower.

The attacker with 51% hash, will have enough capacity to change the order of transactions

#Bitcoin is most reliable & safest blockchain for Attack 51%

What were the successful 51% attacks?

In history, the 51% attack was successful many times, but there could have been many more attempts. One of the cryptocurrencies that were attacked in this way was Ethereum Classic. In this attack, the miners led to double spend on almost 220,000 ETC. This attack took place in 2019. In 2018 and 2020, another cryptocurrency, Bitcoin Gold, also survived such attacks.

As a result of two attacks, BTG lost USD 70,000 and USD 72,00 respectively due to double-spending. In 2018 the victim was twice a cryptocurrency – Verge, in 2016 Krypton, and earlier Feathercoin and Coiledcoin. The first of these took place in 2012. As you can see, the attack is possible and a large amount of money can be stolen in its way. Miners only need to have sufficient hashing power. 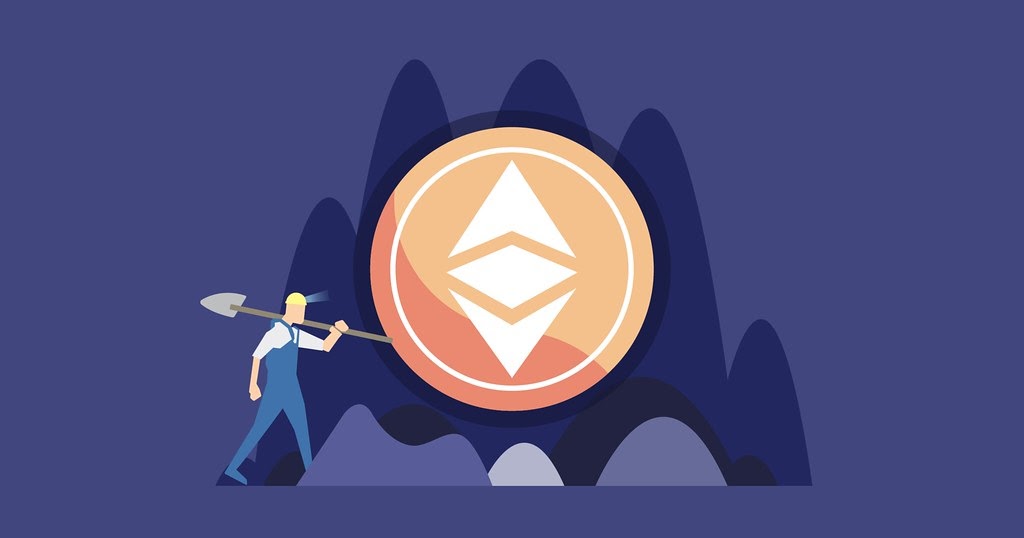 How do you stop a 51% attack on Blockchain?

The problem of this attack is known in the world of crypto and there is no shortage of solutions to help avoid the threat. Which one will be the most effective?

The Horizen protection system (created by Zencash developers after the attack on their cryptocurrency) uses the Equihash mining algorithm, also used by Zcash. Horizen provides a penalty for miners who delay reporting on their excavated blocks by assigning penalty points.

Another way to protect is Komodo. Its creators use Bitcoin blockchain. The 51% attack on BTC is therefore extremely difficult when registering the condition of the blockchain in a BTC blockchain on a regular basis. When the Komodo block condition is registered in the Bitcoin chain, it can no longer be changed. This makes even small cryptocurrencies safe, but it is quite complicated.

PirlGuard is the solution of the creators of Pirl’s cryptocurrency, which has repeatedly been a victim of 51% attack. It works similarly to Horizen, granting penalties for delays in reporting about the blocks. If a miner wants to join the network too many blocks will be rejected.

Prevention is better than cure

Newly formed blockchains are the most vulnerable to this type of attack. They need to focus on building safer protocols. This type of work should be carried out by an expert to be able to fix potential gaps. In this way, new cryptocurrencies will avoid a huge threat for them, which is an attack of 51%.

Is a 51% attack on Bitcoin possible?

The BTC network is one of the most decentralized networks of all, so such an attack is theoretically possible, but it is highly unlikely. Why?

When a blockchain reaches as big, as BTCs’ size, such an attack becomes too expensive and too difficult. In addition to the large amount of mining power required, as the network develops, making modifications to previously confirmed blocks becomes even more difficult and expensive. A successful attack would be possible for a short period of time on several recent blocks. Because of how much hash rate it would require, it would rather turn
out to be unprofitable for potential attackers. It would also be very difficult to perform.

How much would a 51 attack on Bitcoin cost?

It was mentioned that a 51% attack on Bitcoin would be expensive. What would be the exact cost and how does it compare to other cryptocurrencies? A successful attack on top crypto would cost about $355,000 per hour. By comparison, the cost of attacking the second-largest blockchain, Ethereum, would be “just” $140,000 per hour. So these two cryptocurrencies can feel safe. Especially since the cost of attacking the other cryptos does not exceed $16,000, so the differences are significant. 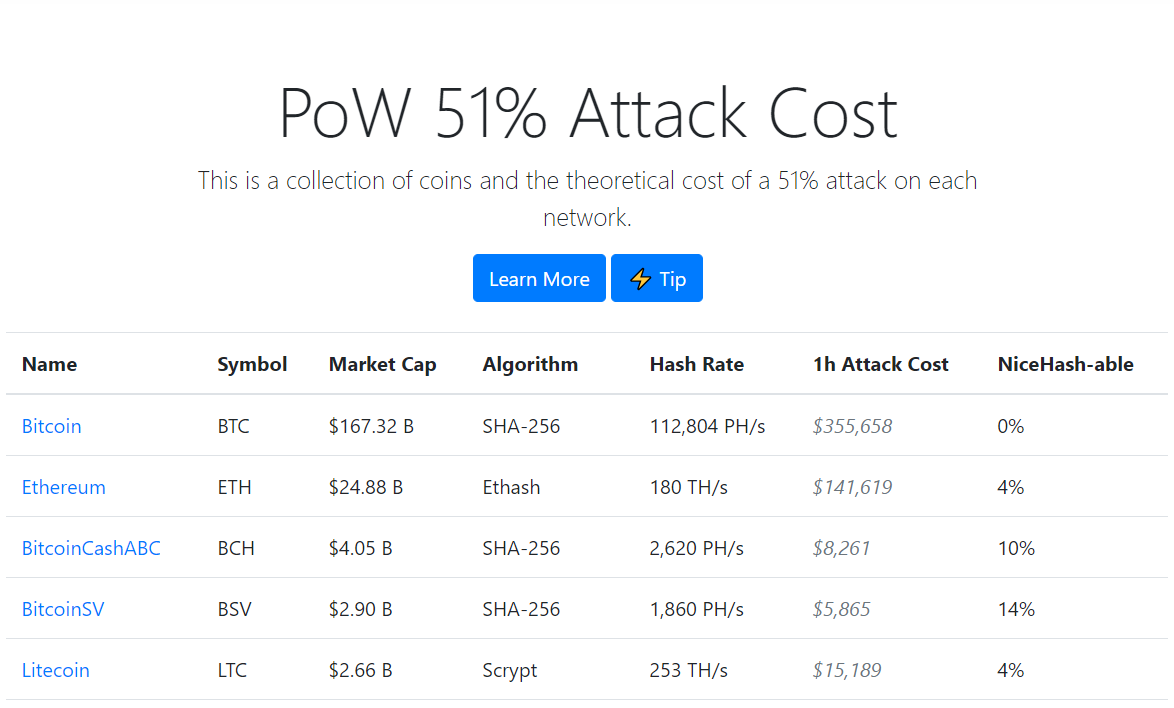 In conclusion, is there anything to be afraid of?

Attack 51% is a real threat to the cryptocurrencies and as history shows, successful attacks (like in the case of Ethereum Classic or Bitcoin Gold) have already taken place. Different cryptos are, of course, less and more vulnerable to this type of threat and everything depends on the amount of computing power needed for this task.

Bitcoin appears to be crypto resistant to this attack and does not threaten its existence or development. Smaller cryptocurrencies can take advantage of the available solutions to protect against this attack, or try to find their own way. Ideal protection against this attack does not yet exist, but the evolving technology and capabilities will surely allow it to effectively prevent this attack.

There is certainly no shortage of rogue miners looking for extra income and they are a big threat. A way must, therefore, be found to prevent them from doing so without putting too much strain on the network. When will we see such a solution?