How long does Bitcoin take to send? | CoinCasso Exchange 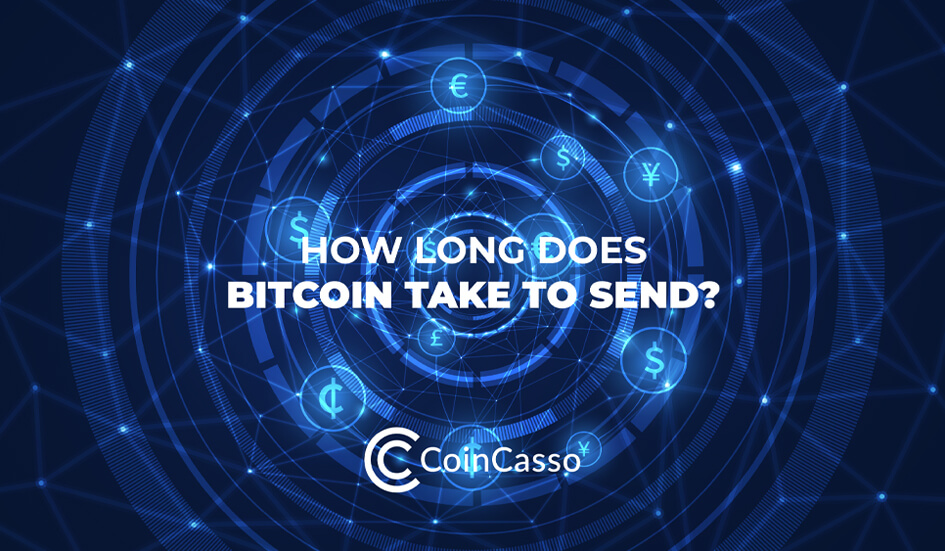 One expects technology to be precise and straightforward questions like transaction time to have a standard answer. However, with Bitcoin transactions, nothing is simple! The time can vary from a few seconds to 1 hour and sometimes even days – yes, that’s right!

To find out why Bitcoin transaction times swing so widely, let us look at the process itself.

What Happens When A Bitcoin Is Transferred?

What is a Bitcoin Transaction?

A virtual currency, Bitcoin, has no physical form or presence. However, this crypto coin, which is, in essence, an electronic message, is fraud-proof and a super-secure asset thanks to Blockchain, a protected public ledger. The record of each transaction is the ‘Blockchain ledger,’ and each Bitcoin transaction is made up of the amount and signature records. Every Bitcoin transaction has previous records and two different keys – public and private.

The Public Key – has all the main data of the transaction and can be shared with others to receive the BTCs.

The Private key – is only for the owner and is used to approve/initiate Bitcoin transactions.

Each transaction contains an Input code that shows the older record/source of the BTC, the amount of BTC under the trade, and an Output code usually containing the public key used by the receiver to get the Bitcoin.

How Do Bitcoin Transactions Work?

Once the owner of the BTC has used his/her public key to initiate the transfer, the transaction is digitally coded with the details of the deal (amount of BTC, previous transaction history, and the address of the person at the receiving end of the agreement).

These Bitcoin transactions are generally done via a Bitcoin wallet such as the one available on crypto exchange platforms like CoinCasso. Once the transaction is initiated, it is announced to miners that it can be added to their processing list of transactions. This list is called mempool.

Miners pick up transactions from the Bitcoin mempool for processing as ‘blocks’. Each block holds around 3000 transactions, and hence miners must wait for 3000 transactions to gather before they pick up a block to process. On average, one block is mined every 10 minutes. Based on the fixed block size, block time, and average transaction size, this means the Bitcoin network can only process about 4.6 transactions per second.

Now the question is, why isn’t 10 minutes the right answer? 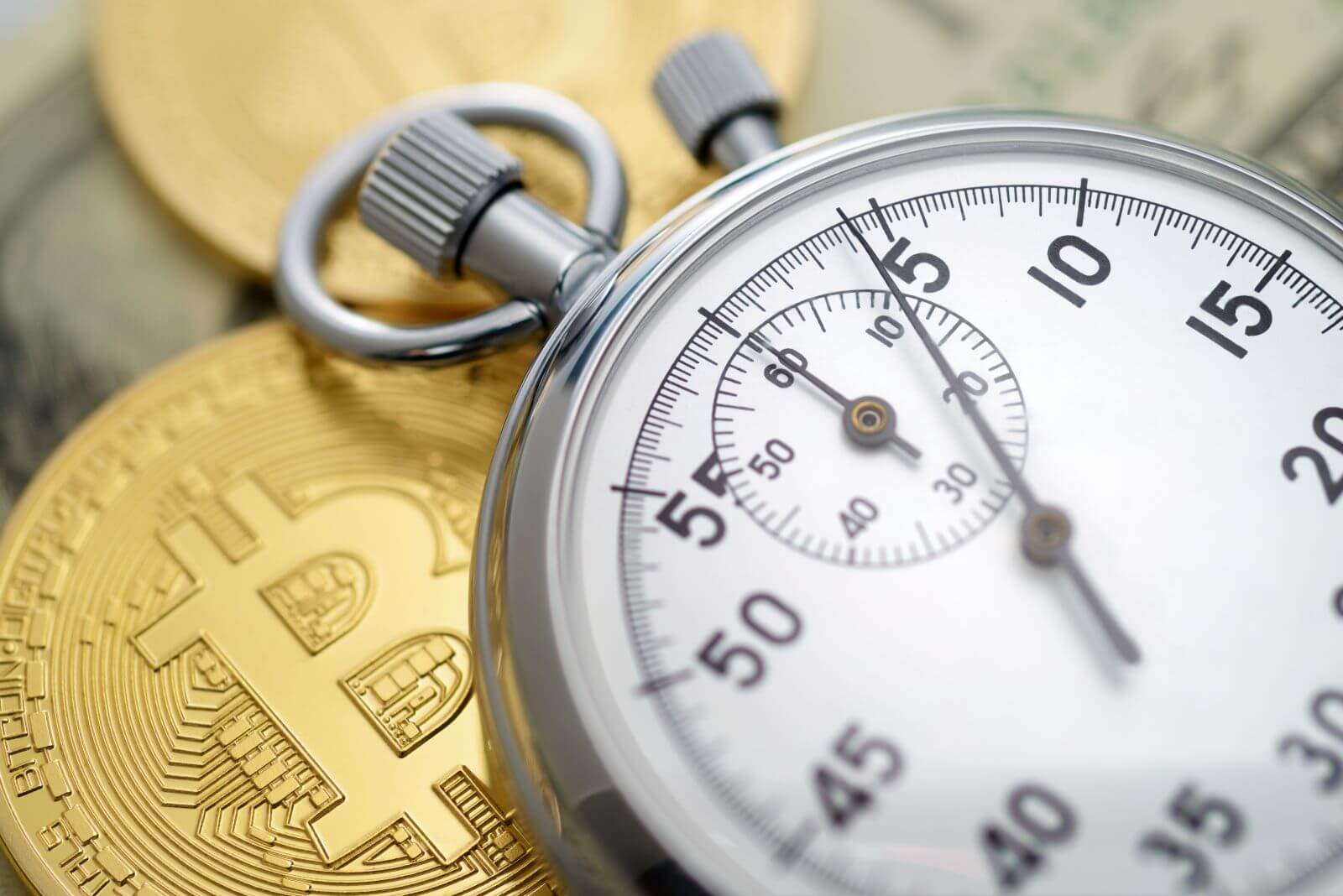 Miners process/confirm transactions in exchange for a transaction fee. However, each block accommodates only around 3000 transactions. Because of this limit, miners choose transactions that will reward them with the highest Bitcoin transaction fee, so the higher the fee offered, the faster you will get confirmation.

In general, a Bitcoin transaction with lower values have a low fee and take longer, and high-value transfers come with a larger fee and get picked up and processed by miners faster.

These transaction confirmations by Bitcoin miners power the entire model. 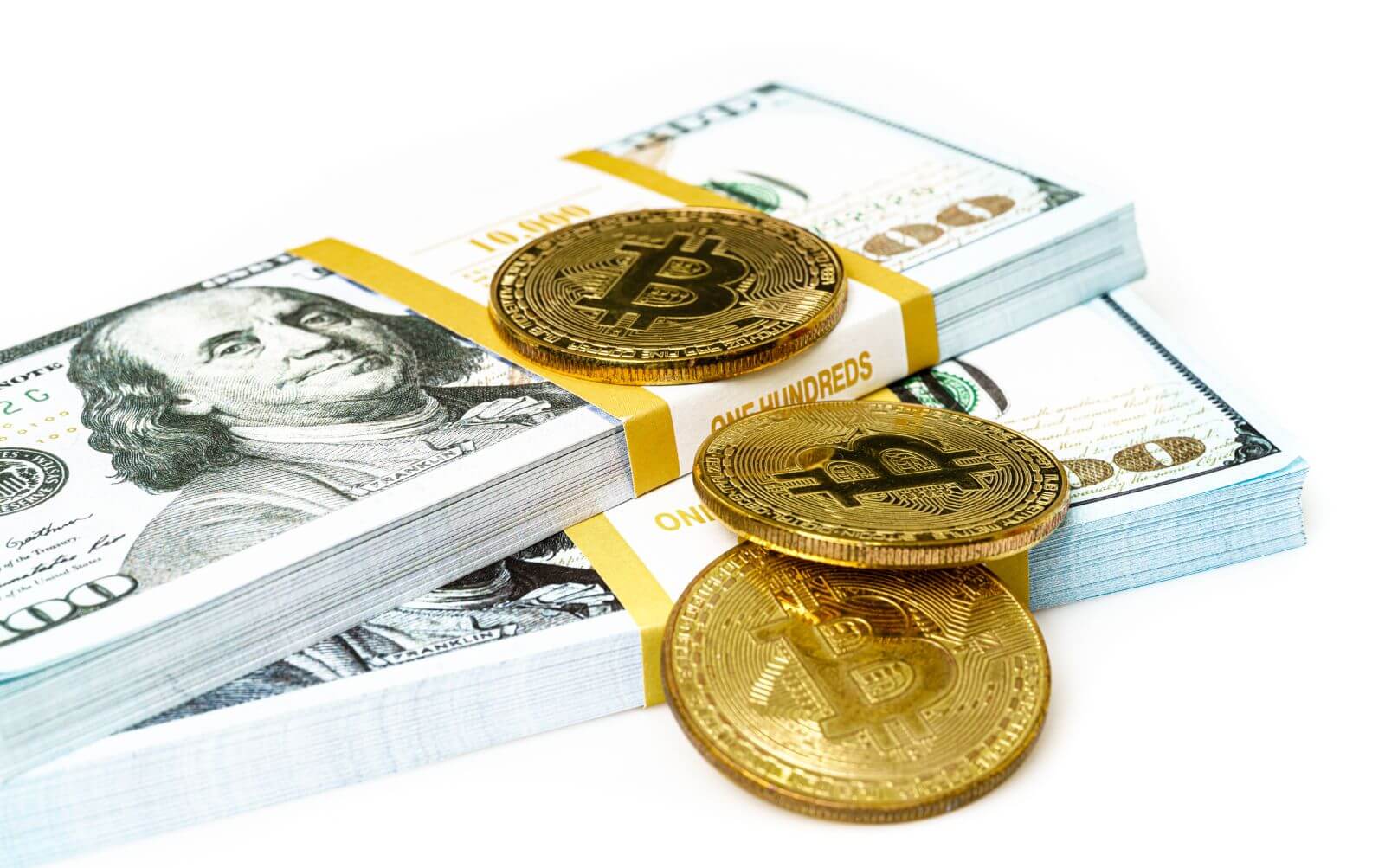 What are Bitcoin Transaction Fees?

Much like the rest of the digital currency ecosystem, the transaction fees are also fluid and decentralized. They are based solely on supply and demand. As each block can only accommodate around 3000 transactions, if the demand for transactions is high, the fee rises. If you don’t pay more, chances are your transaction will get stuck for a long time as miners tend to prioritize better payers.

The transaction fee fluctuates pretty wildly. For example, during the 2017 Bitcoin boom, a single transaction fee touched $50. However, during low-demand seasons, it can be as low as $0.20 or $0.30. It is currently hovering between $2 and $3.

Bitcoin works on a Proof-of-Work authentication model. To prevent fraud, each transaction MUST be approved by several miners to be considered complete/authentic. The more confirmations you have from miners, the safer your transactions.

Zero confirmation transactions – where the receiver accepts the transfer instantly without confirmations. This is quite fast – usually just a few seconds – but is incredibly unsafe and is almost never used by receivers.

Standard confirmations – most transactions are considered safe and authentic if confirmed by 2 different miners. This usually takes around 20 mins (depending on the transaction fees offered) and is the default norm in low-value Bitcoin trading/payments.

High-value transactions – for more expensive transfers (such as buying gold or electronics) or transfers via a BTC exchange, a higher number of confirmations are the norm. Most exchanges require at least 6 confirmations. Such transactions usually take longer, around an hour at least.

Another critical factor that can affect transaction speeds is congestion or traffic on the Bitcoin network. In low-demand times such as the weekends, you are likely to get confirmations more quickly as compared to peak times or during a boom and bust cycle when lots of BTCs are changing hands.

Can One Speed Up Bitcoin Transactions?

Sure, adding money or technology can fast forward a BTC transaction.

Money –  well, the simplest way is to just pay more. A higher Bitcoin transaction fee will help you jump the queue and get picked by miners for processing faster. It is important to use a Bitcoin wallets that allows flexible/manual fees and allows users to pick the amount they are comfortable with.

You can also use services such as Bitcoin mining pool accelerators, which are premium services offered by miners,  where for a slightly higher fee, you can speed up transactions.

Technology: You can also try a lightning network to make payments super-fast. Lightning Network is a payment network built on top of Bitcoin; it uses BTC but follows a different set of rules that uses peer-to-peer payment channels between two parties to facilitate micropayments without touching the Bitcoin network. 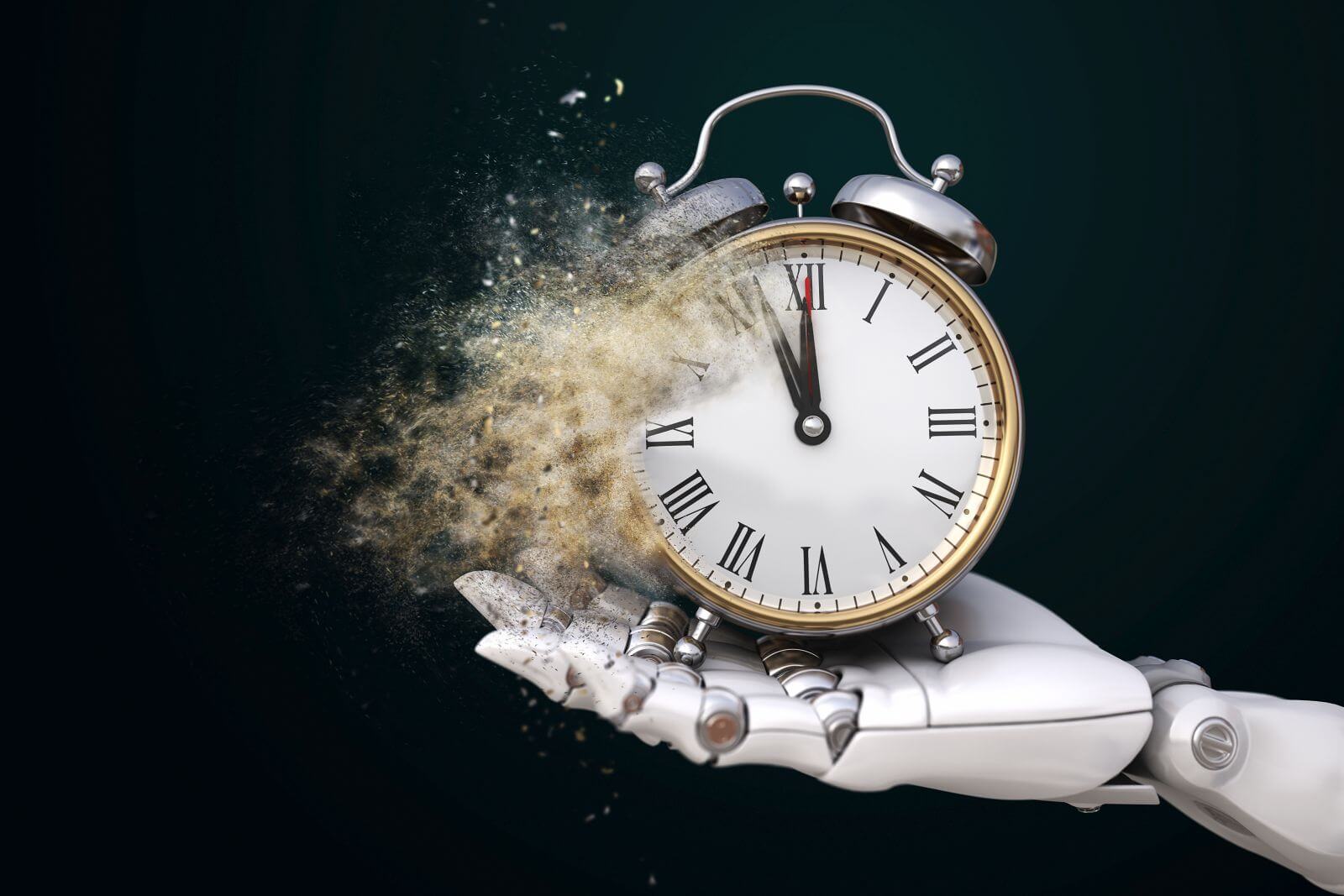 Along with the transaction speed, a big challenge for Bitcoin transactions is the cost of transferring BTCs. Hopefully, as technology changes and transaction fees drop, Bitcoin payment will see higher adoption. Till then, you can only get better transaction speeds by paying more.

If you are interested in learning more about BTC or other cryptocurrencies or investing in them, then do head over to CoinCasso, our one-stop-shop for all things crypto.

How long does it take to send Bitcoin to someone?

There is no simple or single answer to this question. In general, a normal Bitcoin transaction takes around 10 to 20 minutes. However, this is a big generalization, and time can vary depending on network congestion, transaction fee, and value and risk averseness attached to a transaction.

What Is A Bitcoin Confirmation?

Why is my Bitcoin transaction taking so long?

If your Bitcoin transaction has been stuck or unconfirmed for a long time, then one of the following factors could be in play:

Traffic congestion: if you have hit a demand or sales peak, your transaction could be stuck in the Bitcoin network. Apparently, during the 2017 bull market, Bitcoin transactions took days to clear.

Low transaction fee: If you are paying well below the current transaction fee, then you should probably resign yourself to a long wait. One way to get moving again would be to send a second transaction with a higher fee that could be clubbed with the first one and get picked by miners.

How long does a Bitcoin transaction take 2021?

In 2021, Bitcoin has the same challenges it had earlier. The factors that affect transactions are low miners’ fees, network congestion, and the number of confirmations needed to authenticate transactions.

In theory and true to its origins, a Bitcoin block still takes around 10 minutes to mine. This comes to around 4.6 transactions per second.

There is, however, something called a zero-confirmation transaction, wherein the merchant immediately accepts the transfer without waiting for confirmation. This is almost instantaneous but is considered risky.