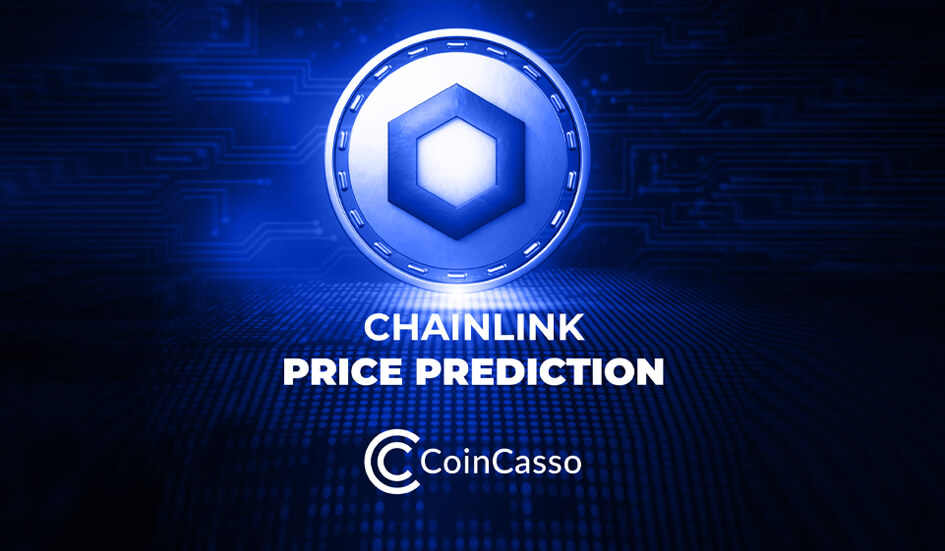 The darling of DeFi, Chainlink ‘LINK’, has been making news through its group of dedicated followers (which includes some well-known celebrities and sports stars). The buzz around the altcoin has brought it to everyone’s notice, and its strong technology fundamentals are sure to keep it at the top of the crypto stack.

What is Chainlink (LINK)?

Made with the express intention of decentralizing the Internet, Chainlink focuses on the creation of smart contracts. To make blockchain more ubiquitous, Chainlink works on the business model of bridging the gap between real-world data and smart contracts that exist on the blockchain.

Smart contracts are the backbone of most agreements and transactions on the blockchain, and in order to work in a water-tight way, they need access to external data sources to execute their terms properly. Chainlink is the ‘LINK’ that connects trustworthy sources of data to smart contracts. The best-known real-world usage of Chainlink is between payment services like PayPal and Visa, banks like HSBC and Wells Fargo, and blockchains like Ethereum and Bitcoin.

It uses and incentivizes individual oracles to gather this data for smart contracts. The accuracy of the information is kept in check by using a reputation score which is assigned to each oracle. Chainlink node operators or oracles get data from off-chain systems and convert it into blockchain compatible formats. In return, they get paid in LINK (the Chainlink token), which is an ERC-20 token based on Ethereum with an additional ERC223 transfer functionality.

How Does It Work?

A smart contract requests data – that’s where the process begins!

Chainlink puts out an SLA or Service Level Agreement to its oracles according to the data requirements. An order matching contract is made with deposits of LINK coin for bidding from oracles.

Oracles collect data from external sources, process it, and submit it to Chainlink

Each oracle is paid in LINK token for lending their services in fetching the real-time data into the blockchain depending on their final contribution to the data set.

The Chainlink process is underpinned by 3 smart contracts:

To help match and get bids for a smart contract’s Service Level Agreement (SLA) from the best oracles.

To use data sets collected by oracles and find the most accurate results matching the smart contract SLA.

To keep track of an oracle’s reputation and past work on factors such as the number of completed requests, average response time, and the amount of LINK tokens the prophet has staked.

Chainlink network was launched in June 2017 by SmartContract, founded by cryptocurrency veterans Steve Ellis and Sergey Nazarov. Sergey Nazarov had been working on the concept since 2014 but only launched it in 2017. The whitepaper was published a few months after the launch in September 2017.

The Chainlink initial coin offering (ICO) came next and raised around $32 million by selling 35% of the total 1 billion LINK tokens. Out of the remainder, 30% were kept by the company (SmartContract), and 35% incentivized node operators or oracles.

Who Uses LINK, And Why Is It Valuable?

With the express purpose of expanding and strengthening the decentralized smart contract ecosystem, Chainlink has proved to be quite useful for developers, investors, and any company hoping to create a smart contract.

People working on creating new smart contracts or hoping to integrate its benefits in their existing offerings need the backbone of accurate and reliable data sets. Chainlink fulfills this need quite well and provides a way for developers to access and vet external data sources.

It is this very ability (of being able to provide valuable data) that provides value to the LINK token. LINK is embedded completely in the Chainlink system and is the only currency that can be used for key network operations. It is used to pay node operators or oracles and is used for interactions between users of the system.

Every node operator of oracle must buy LINK as a stake; this deposit is required to work in the network and to bid on smart contracts. The initial stake is on a case-by-case basis and is refunded if their services are not accepted or as soon as they complete the task. The deposit is forfeited if the oracle doesn’t honor its end of the contract. The size of the LINK stake also has a role in determining the reputation of the node operator.

Even though Chainlink is the 17th largest cryptocurrency by market capitalization, its business model doesn’t make for big news announcements. Well known only in the smart contract developer ecosystem, it is affected quite a bit by the vagaries of the cryptocurrency world and the volatility of the big players like Bitcoin.

However, overall, it has proved to be a steady upward climbing asset for users in the ecosystem.

Chainlink’s LINK tokens started in 2017 at just a bit above one cent in USD; naturally, the market cap was also correspondingly low. It traded under $1 till about mid-2019. After this, it steadily climbed up, and the LINK per price increased to comfortably stay between $1 and $4 per LINK token.

Prices stayed this way for a while, trading at less than a dollar per token until mid-2019, when the price per token increased, and it began trading at between $1 and $4 per token.

This continued even through the uncertain days at the start of the pandemic. Much like other cryptocurrencies, LINK also picked up steam in the latter half of 2020. The price kept increasing till it crossed $14, with an all-time high of $37 per LINK token being recorded in February 2021.

This has been in tandem with the overall crypto market that saw a massive surge in value in the first half of 2021. The big jump in value was followed quite quickly by a price correction, and the price dropped nearly $10 by March 2021before stabilizing at a more moderate price. Currently, LINK is trading at around $26 per token.

While not as wild a jump as its more famous peer, the Bitcoin, LINK  has shown a healthy and steady increase. It is considered good value for money as it not only can be held as an asset but is also used to pay for smart contracts on the Chainlink network.

Trading beasts presents a muted forecast for the LINK in the coming few years. There is certainly a year-on-year price increase however, there are no huge jumps predicted. The average price will remain in the vicinity of $25 by the end of 2022.

A much more optimistic take on LINK token’s value comes from DigitalCoinPrice. They predict LINK to almost double in value by next year and come close to $127 by 2028.

Tallying closely with DigitalCoinPrice, Walletinvestor also sees a 2x gain for LINK in 2022 and a 5 year prediction that crosses $100 very comfortably.

LINK is a stable and upwardly mobile crypto coin and will most likely remain so. We base the value of LINK on the fact that smart contracts and blockchain have found mainstream acceptability and usage in the traditional financial market. This will ensure that the technology, along with the Chainlink business model, will remain relevant in the foreseeable future.

In the immediate future, our Chainlink price prediction sees a 3X increase in LINK’s value by end 2022 if the smart contract market continues with its increased rate of new collaborations. As for crossing $100, we predict it will happen much sooner than 2026.

Chainlink 2.0: The Road Ahead

Over the last three years, Chainlink’s LINK token has broken into the top five cryptocurrencies by market cap and is currently serving over 300 projects by connecting blockchains to real-world data.

Chainlink is well on its way to becoming the industry standard for decentralized oracle networks; if that happens, LINK will see massive gains.

Chainlink’s co-founder and CEO, Sergey Nazarov, certainly sees this as given. He recently published a new whitepaper that laid out the company’s future and said, “What we’re seeing is the start of a redefinition of what the blockchain industry is about, away from just being about Bitcoin, and just being about tokens, to being about many more things.”

Should You Invest In LINK?

Cryptocurrencies as a whole remain extremely volatile. There are risks but also big gains to make. With LINK, the investment isn’t as heavy as Bitcoin or Ethereum; hence the risk is also less.

We would recommend LINK as an exciting proposition for investment primarily because its business model supports an underlying technology that has a lot of space to grow and expand.

There is no doubt that smart contracts and blockchain will remain an integral part – and STABLE – part of the financial and economic ecosystem, and a token connected to furthering this will have long-term viability. 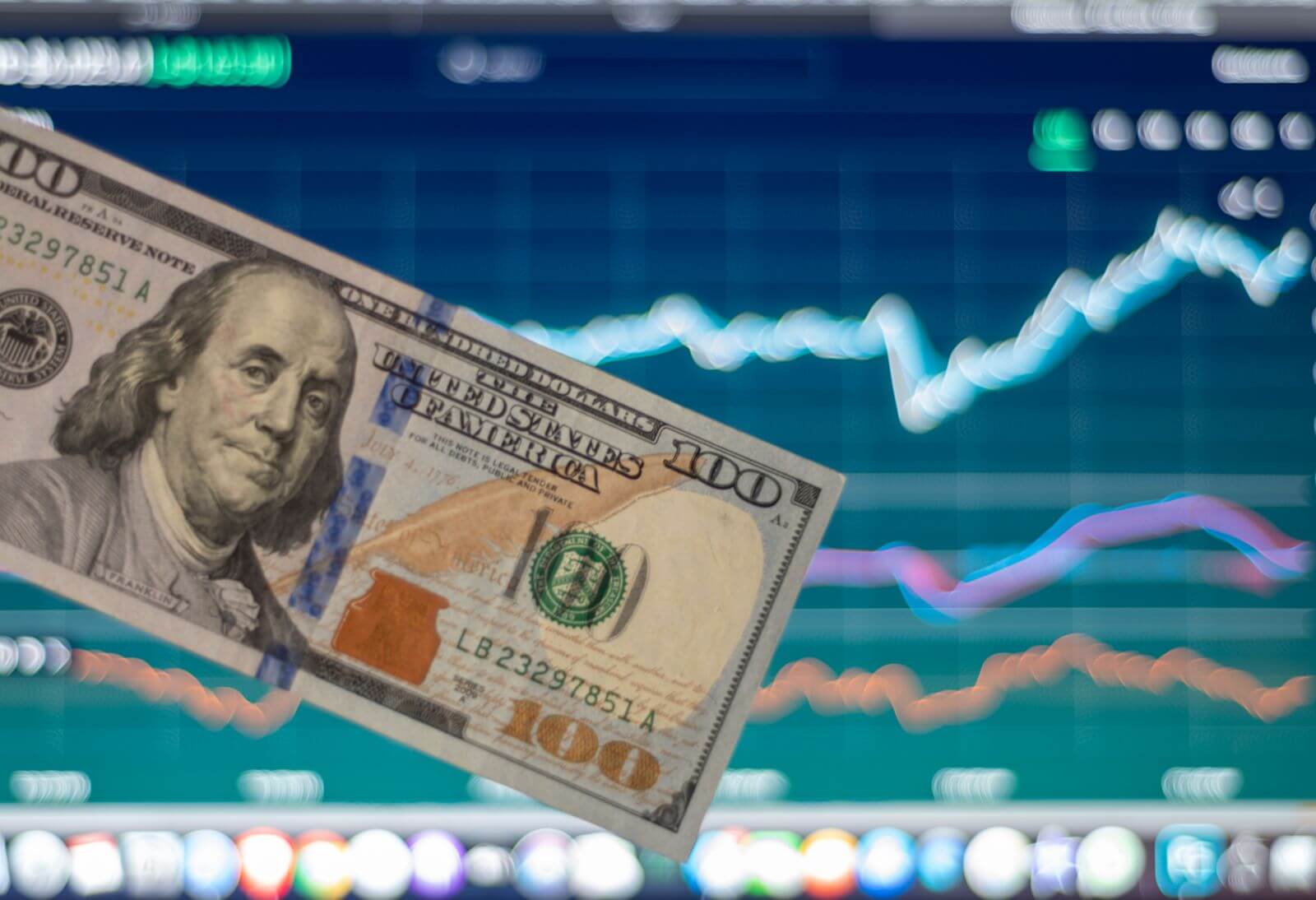 There is little doubt that Chainlink’s token LINK will touch $100. The only question is when. Most crypto pundits agree that LINK will reach $100 in 2022. However, outliers halve this to just $50 in the next year. Overall, $100 seems a very achievable target for LINK in a coming couple of years.

What will Chainlink be worth in 2030?

Is Chainlink (LINK) a good investment?

For long-term investors, Chainlink’s LINK token can be a good investment opportunity as the entire Decentralized ecosystem shows big and unmistakable signs of long-term growth.

Yes, eventually. By optimistic LINK price predictions, the $1000 limit can be breached by 2030.

Anything is possible in the world of cryptocurrency. However, seeing how LINK is currently trading at around $26, it has a long way to go before touching $10,000.