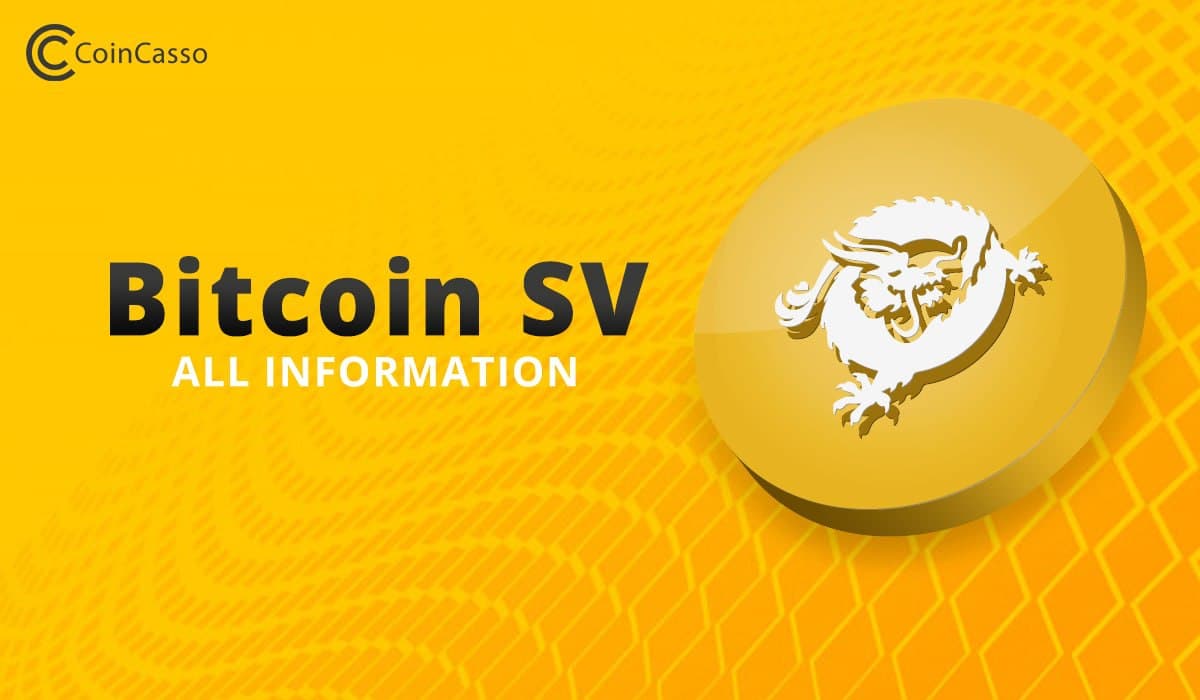 Bitcoin SV (BSV) is an open source payment platform based on Blockchain technology, created by hard fork Bitcoin Cash (BCH). Bitcoin SV is based on the Bitcoin source code (BTC).

Bitcoin SV – what is that?

Bitcoin SV (BSV), or actually Bitcoin Satoshi Vision, was created by the hard fork Bitcoin Cash (BCH) on November 15, 2018, so it is a very young cryptocurrency. The separation of BSV was the result of a community disagreement about the future and further development of Bitcoin Cash’s cryptovalent. Bitcoin SV uses the Proof of Workconsensus algorithm , which means that it is the miners who are responsible for confirming transactions, creating further transaction blocks and mining new cryptocurrency units. Bitcoin SV tokens are BSV or on some BCHSV exchanges.

The creation and development of Bitcoin SV is the responsibility of nChain, founded by businessman Craig Wright, the self – proclaimed Satoshi Nakamoto. Although Craig Wright publicly confessed to being the founder of Bitcoin (BTC), there is not enough evidence for this, which Wright himself did not provide. The controversial computer scientist claims that Bitcoin SV was created as the closest to the vision of the creator of the first cryptocurrency, so the full name of BSV is Bitcoin Satoshi Vision, or Satoshi Nakamoto’s vision.

According to the project’s White Paper, Bitcoin SV is to become the most popular and most used cryptocurrency in the world. According to the main assumptions, it is to be fully decentralized, but it is not helped by the fact that behind Bitcoin SV is a private company and more than 80% of the total computing power of BSV is located in three mining pools owned by explorers or project promoters. The vision of the BSV cryptocurrency is to be based on four basic pillars:

Protocol stability – the purpose of the BSV is to provide stability with a limited and well known set of changes that are planned to restore the original Bitcoin protocol and thus enable innovation based on a stable base protocol.

Scalability – the team around Bitcoin SV is working to improve performance and increase block sizes. Mass scaling is also designed to convince companies to use BSV in their Blockchain-based applications.

Security – to achieve the level of security required to be a global currency, Bitcoin SV focuses on rigorous software quality assurance for mining nodes. The company benefits from external expertise as well as from the assistance of a professional auditing firm specializing in safety auditing for Blockchain-based systems.

The differences between BSV and BCH

The basic difference between BSV and BCH is the maximum capacity of the trading block. In Bitcoin Cash, it currently stands at 32 MB, while in Bitcoin SV it stands at 128 MB, although it is to be increased to 512 MB in the future. With the network update, Bitcoin Cash has introduced canonical transaction structuring, while Bitcoin SV remains with the existing topological transaction structuring model. Although the introduction of this model in Bitcoin Cash makes it possible to achieve a much higher scalability of transactions within a block of the same capacity, as well as making it easier to identify transactions within the block, BSV did not adopt new solutions due to a supposed reduction in security.

BSV – is it worth buying?

Bitcoin SV is listed on more than 70 cryptocurrency exchanges. It had its ATH on January 4, 2020, with the highest cryptocurrency price reaching 441 dollars. Due to the controversy surrounding the main creator of BSV, a large part of the society around the cryptocurrency is very sceptical about Bitcoin SV. However, this does not mean that this cryptovalent is doomed to failure. The entire Bitcoin SV project is based on well thought-out assumptions, and its growing popularity may contribute to repeat the success of Bitcoin Cash.

You can check the current rate and price of Bitcoin SV on the CoinCasso in the Price Section.