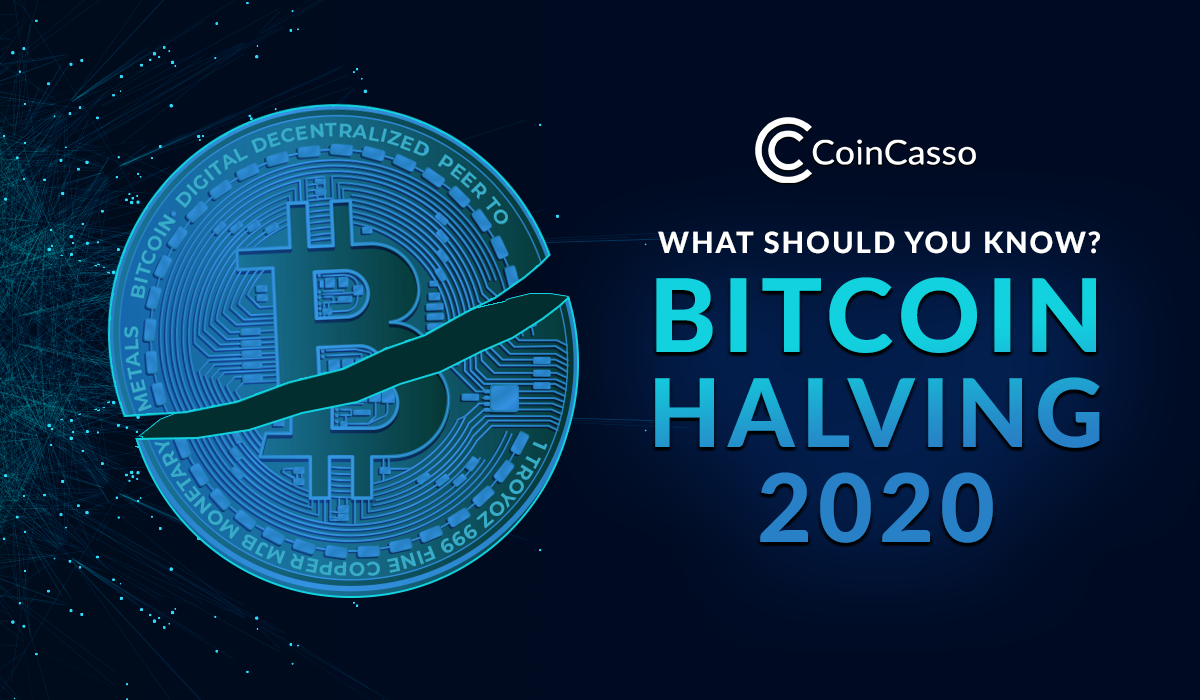 Another Bitcoin halving is coming. Only 36 days left. What does that mean? What will be the result? Market analysts have been speculating for a long time. But it’s worth getting closer to the phenomenon of halving.

What does halving Bitcoin mean?

Bitcoin halving is an event that I halve the reward that miners receive for securing the network. Bitcoins have some limitations – once 21 million coins are created, the network will not generate anymore. For this reason, Bitcoin is referred to as “digital gold” because gold is also limited and one day it will be impossible to extract it.

Currently, there are about 18 million Bitcoins in circulation. This is about 85% of all coins. It may seem that BTC will soon reach its massive supply. However, all this is regulated by a protocol that was encoded in the very beginning of the blockchain network. And that’s where it says that every 210,000 blocks have to come to Bitcoin halving. Halving makes it more difficult to generate new BTC coins.

The history of Bitcoin Halving

In 2009, when the BTC was created, the miners were awarded 50 BTCs per block. In general, the whole process of grouping transactions through the Bitcoin network usually takes 10 minutes. That is why about 10,500,000 Bitcoins were mined before the first halving. In November 2012, the first halving took place. As a result, miners started to receive 25 BTCs per block. A very interesting fact is that at that time the highest BTC price was $31 (in June 2011). Later on, before the end of the year, the price again reached $2. Nevertheless, crypto mining became more profitable, especially for those who did it much earlier.

The second halving of the BTC took place on 6 July 2016, exactly after the extraction of block 420,000. This resulted in miners receiving a block reward of 12.5 BTC per block. This rate still applies today. The next halving is planned for 14 May 2020. After that the prize for miners will be halved again to 6.25 BTC for another new block. Therefore, it is easy to analyze that BTC halving takes place systematically – every four years.

Why do you need halving?

First of all, halving prevents inflation. A good example is the reference to FIAT currencies such as GBP, USD, JEN or Euro, which are also printed in central banks in a certain amount. If a currency exceeds a certain supply – money is printed, the value of the unit decreases. This process is called inflation.

That’s why Bitcoin has a finite number of coins – 21 million. This is to ensure that the value of BTC increases over the years. Additionally, it protects the digital currency against inflation.

How does Bitcoin halving affect price?

Statistically, halving takes place every four years. But how does it affect the price of BTC? What effects will halving 2020 bring? Analyzing the history we can observe that usually the price of Bitcoin increases after halving. Nevertheless, the final price fluctuations will depend on demand and supply. Halving BTC reduces its supply by half. Bitcoin is becoming increasingly unique. So if the demand for this digital currency continues, its price is likely to rise. 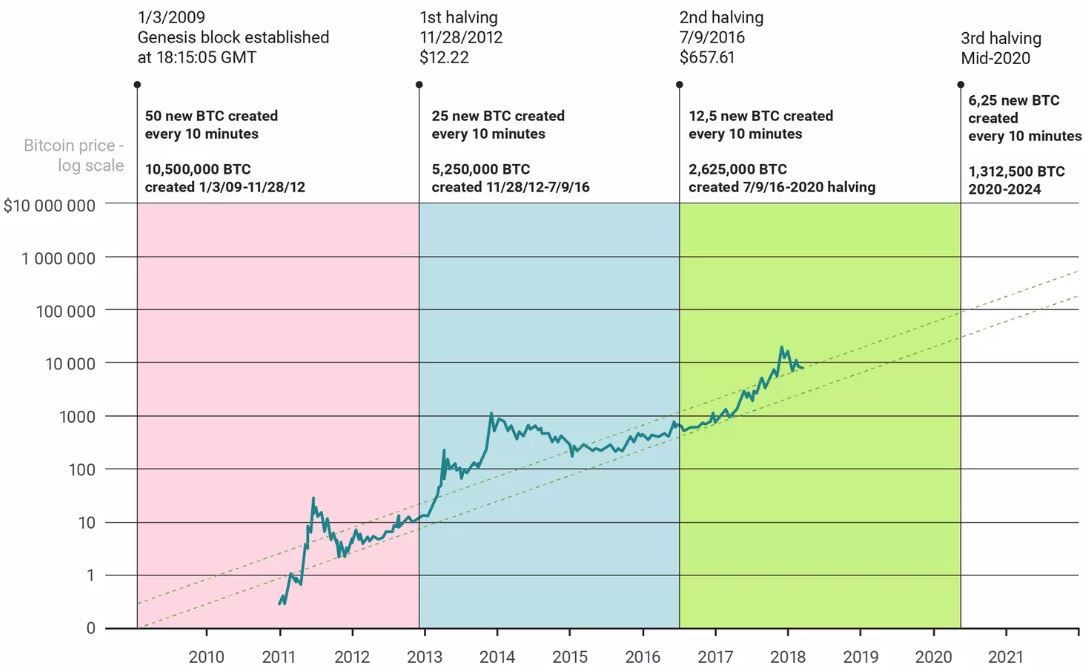 Source: Ihodl.com
The data for previous halving shows some dependence. On 28 November 2012, when the first such event took place, the price of BTC rose from 11 to 12 dollars. The upward trend continued for a year, to $1038 on 28 November 2013.

As far as Bitcoin mines are concerned, they are dominated by larger companies such as Bitmain. The Chinese company reached $12 billion in 2018. Bitmain’s block mining involves the use of a thousand extremely powerful and specialized crypto excavators. These are efficient and have left the company behind the competition. Therefore, smaller players will find it difficult to operate in the crypto mining industry.

Of course, there will be no shortage of people willing to extract BTCs at a lower rate. However, the market will probably become more decentralised. Various new methods may emerge that will facilitate the extraction of BTC. Certainly, such solutions will make it easier for smaller players to enter the market.

According to many market analysts, Bitcoin halving 2020 will increase the price of Bitcoin. Above all, it is influenced by the growing popularity of this event, which is extremely important for the entire crypto environment. The biggest increase will be seen within 4 or 6 months after halving. The price of BTC may even rise to $10,000, and it may even surprise us even more.