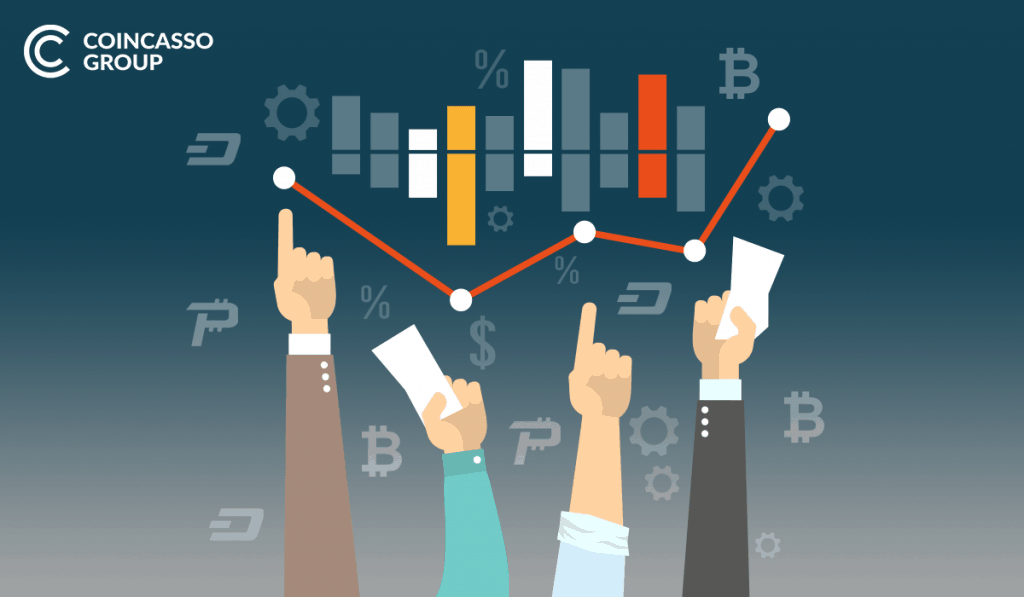 Welcome to the next episode of Blockchain Academy! In our previous article, we introduced you to the world of technical analysis, a method used by traders based on past price fluctuations. As explained, one of the essential tools in technical analysis are indices. Today, we’ll take a closer look at them and introduce some popular indices used by modern traders. If you want to know when to buy and sell or simply start making money on trading then this article is for you.

To simplify, we discern three different types of indices in technical analysis. These are called oscillators, trend indicators, and volume indicators. Thanks to the oscillators, you can estimate whether there will be an extreme price – e.g. local maximum or minimum. Trend indicators can help you notice if there’s a market trend, and what is its direction and strength. If, for example, the indicator shows that there will be an upward trend, it is a good time to buy – of course, if you have the right budget. The last type of indicators are volume indicators. Such indicators take a closer look at volumes, math patterns, and validate certain signals taken from other data.

Blue line on the graph shows a simple moving average

Rising moving average means a rising trend is visible on the graph and, on the opposite, a falling moving average means that current data shows expected trends falling below a certain point. So if the average goes up, that’s a great time to buy, but when it goes down – that’s the moment to start selling. It’s important to remember that a moving average by itself isn’t a very reliable data point and that it’s better to use it in combination or as an added info among other indicators.

Before we mention other indicators, it’s worth adding that because moving averages base their data on past prices, there exists a certain lag. The more data, the bigger of a lag there is. For example, a moving average from the last 50 days will correspond to current market trends slower than one made with data from the past 5 days. It’s simply a matter of newer data having a bigger impact on the end result. Of course, there is no need to calculate averages just from the past X days, a moving average of the last 20 hours or such will work as well.

One of the more popular indices of technical analysis that uses moving averages is MACD (Moving Average Convergence Divergence). Let’s quickly explain how it works.

MACD consists of 3 elements: a MACD line, a signal line, and a MACD histogram.

A MACD line (blue) is created as a difference between two weighted moving averages. A MACD line is later used to calculate another weighted moving average, which is represented as a signal line (red). A MACD histogram showcases the difference between the MACD line and the signal line. It’s a graphical representation of convergences and discrepancies between both lines. If the histogram shows a positive value, it means that the MACD line is above the signal line. The histogram, along with both lines, fluctuates above and below the middle line, also called a zero line.

What’s more, the MACD line helps showcase what trends we’re working with – if they’re rising or falling ones. The positive value of the MACD line suggests that an upward trend may occur, and a negative value – a downward trend. When both – the MACD and the signal lines – cross, it usually means a trend change.

As the name suggests, MACD examines convergences and discrepancies between moving averages. When lines move close to each other, we’re experiencing a convergence, while in other cases it’s a discrepancy. Though, the most important data to look for are crossovers – situations where the MACD line crosses the signal or zero line. 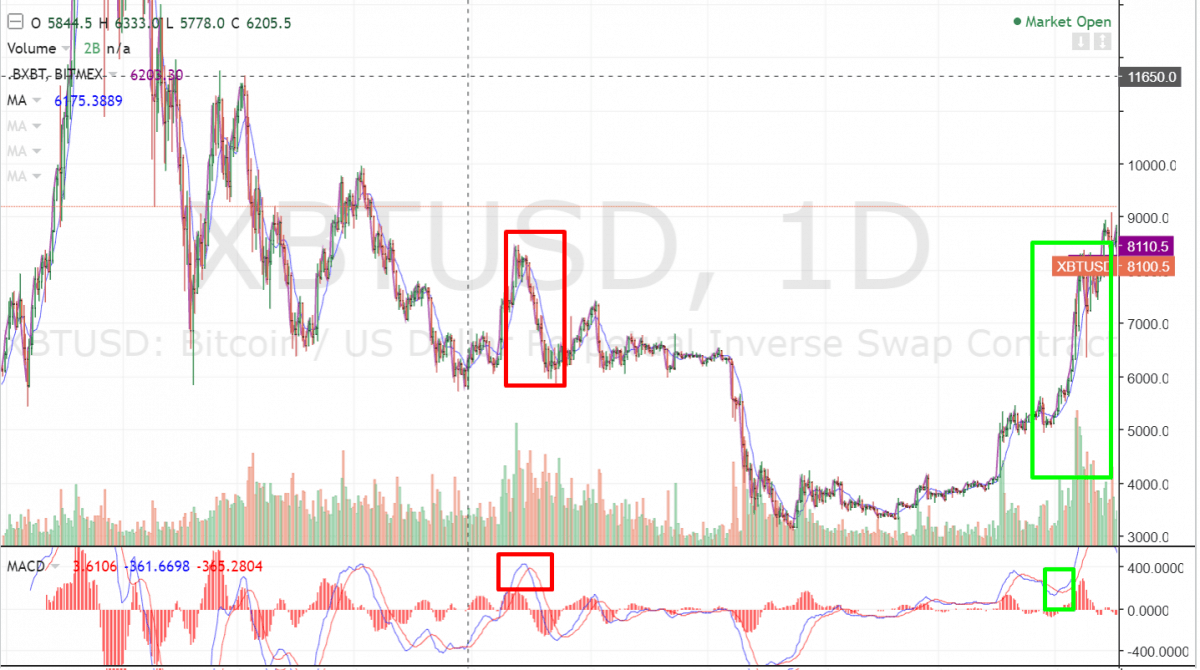 Technical analysis is a very broad topic and we understand not everything can be immediately understandable. That’s why we plan to create even more Blockchain Academy articles – stay with us!