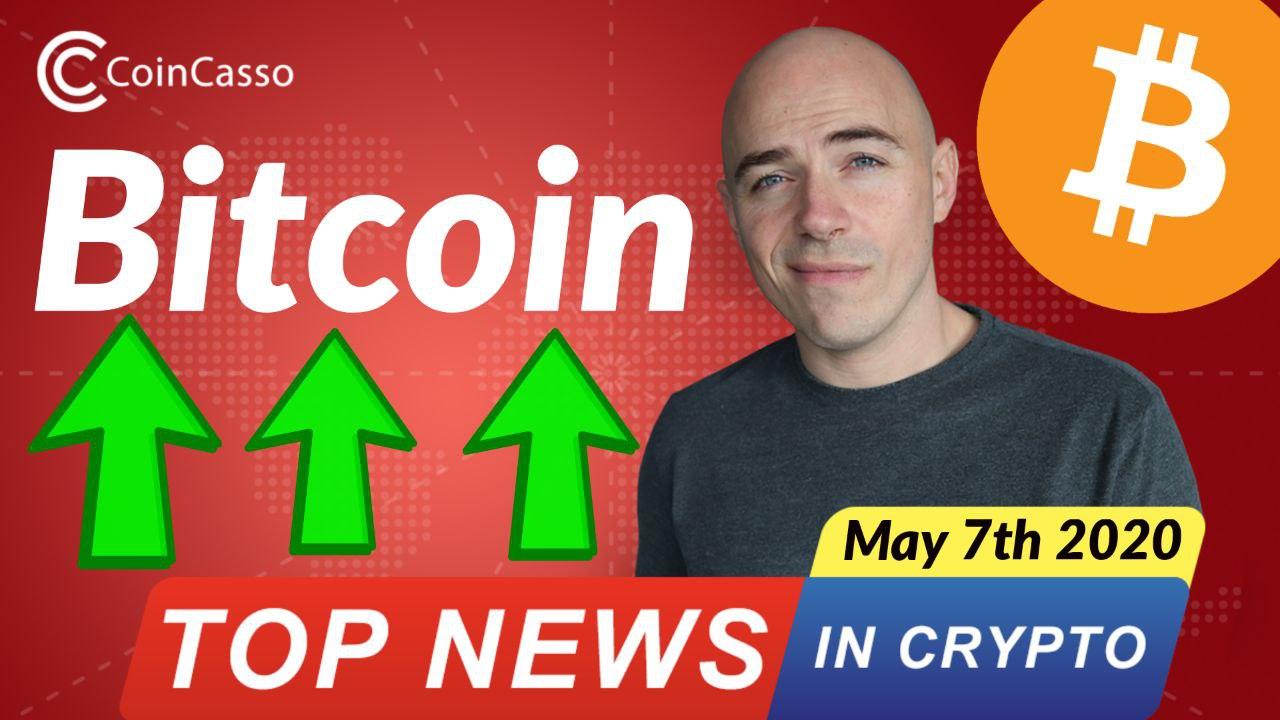 With a key metric declining to record lows, bitcoin’s options market may be underpricing cryptocurrency’s future volatility. Analysts say the data is being distorted by “Black Thursday’s” 40% drop. 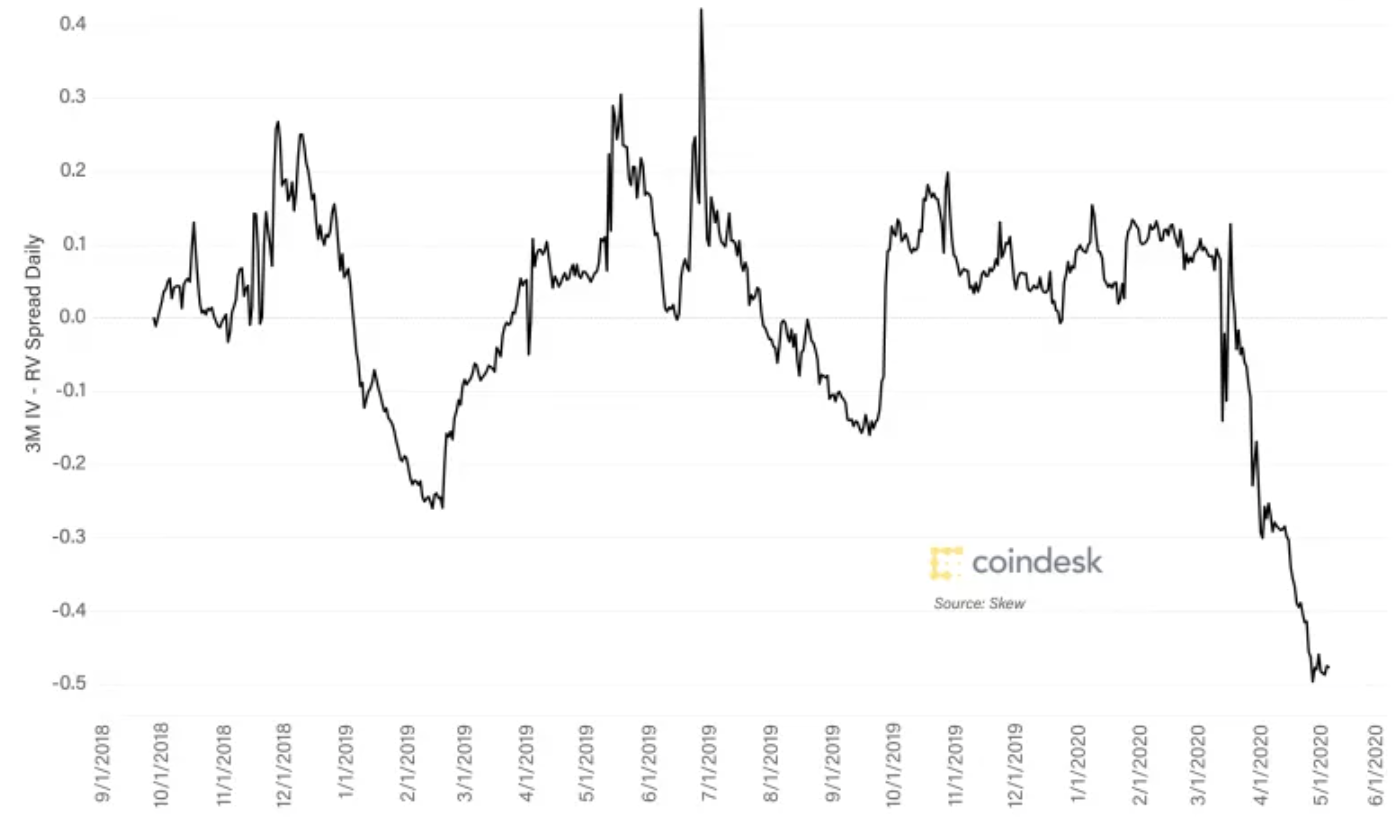 The spread between bitcoin’s three-month implied volatility (IV) and historical or realized volatility (RV) fell to -47% on Wednesday, the lowest since the crypto derivatives research firm Skew began tracking the data 18 months ago.

A lot of this article is technical analysis. So if you understand these terms please go read this article because it’s very interesting how this company skew is actually tracking Bitcoin and using the technical indicators that you would use in the US Stock Market to see how Bitcoins are going to do in the future.

The issue is that Bitcoin and cryptocurrencies are so up and down constantly that it’s really difficult to find the determining factor to see seven day 10 day and 50 day moving averages actually predicting the price correctly. Plus, taking into consideration the entire Market drop in the beginning of March due to the coronavirus which is making all the statistics skewed which is why they’re saying it’s making Bitcoin options look cheaper.

Bitcoin is quickly gathering upward momentum alongside a surge in open positions on futures listed on the Chicago Mercantile Exchange (CME).

Meanwhile, open interest – or the number of futures contracts outstanding on the CME – rose to $351 million on Tuesday, the highest level since July 10, 2019,

Put simply, the uptick in the CME open interest does not necessarily represent institutional activity, more so as the exchange accounts for a small portion of the global futures open interest.

Total open interest in futures listed on major exchanges across the globe stood at over $2.5 billion on Tuesday, the highest level since March 11, when the tally was around $3.8 billion. Meanwhile, CME’s contribution to the global tally was 14%.

The cryptocurrency has broken out of a six-day-long narrowing price range, signaling a continuation of the price rally from lows near $6,700 observed on April 20. The move strengthens the case for a rise to $10,000 ahead of next Tuesday’s mining reward halving.

basically what this article is saying is that the future price of Bitcoin, what people are predicting the price will be, is at an all-time high because we’ve shot up and down and up and down but it’s been narrowing and it finally broke out of that narrowing pattern and is starting to go up so we should see this $10,000 mark quite soon. and on to our last article

With less than a week to go before the expected May 12 halving event, bitcoin’s price is swinging upward. The crypto derivatives market is helping to hedge the uncertainty on which way the bitcoin market will go when miners have less revenue after the halving.

While in theory a decreasing supply and stock-to-flow models may suggest a surge in price, the reality is a lot more complicated

With this upcoming halving, there are so many moving parts that are in play. There’s more people getting into cryptocurrency using their stimulus checks. A lot of the movement in the cryptocurrency market is due to miners selling what they’ve made from mining blocks. After the halving the supply of Bitcoins injected into the market is reduced by 50% So we’re going to have less available Bitcoins, more people buying it, less people mining, because it’s less profitable for them. All of these things mixed into a pie is going to determine the price of Bitcoin after the halving.